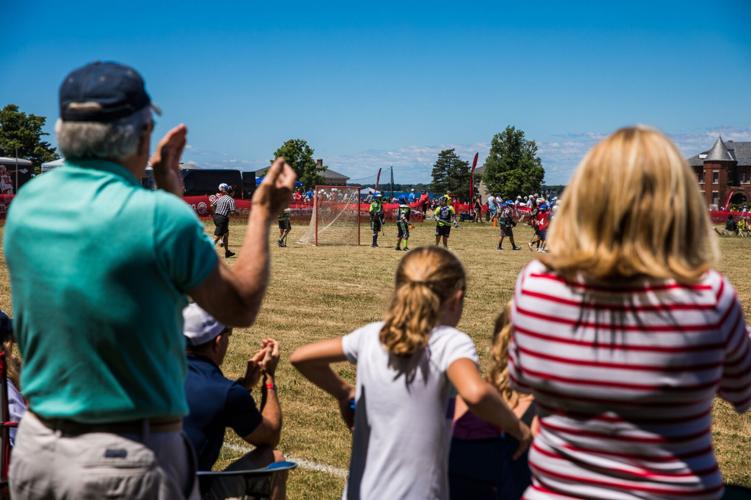 People cheer from the sidelines during a lacrosse game during the 25th anniversary of the 1812 Shootout Lacrosse Tournament in Sackets Harbor in 2018. Watertown Daily Times photo 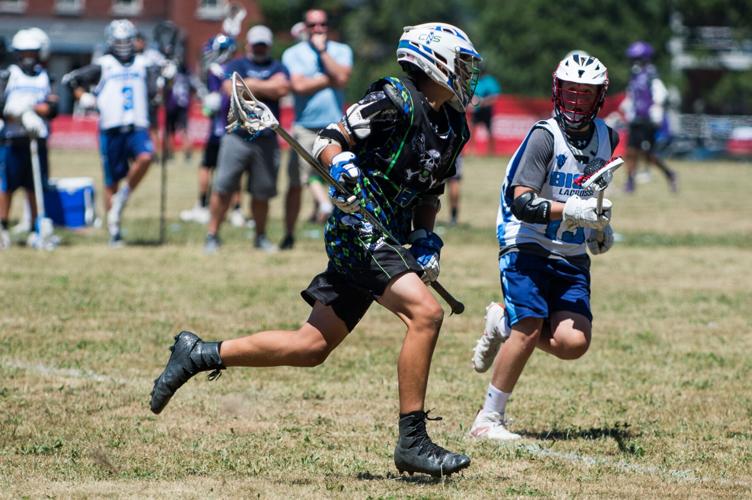 People cheer from the sidelines during a lacrosse game during the 25th anniversary of the 1812 Shootout Lacrosse Tournament in Sackets Harbor in 2018. Watertown Daily Times photo

The 1812 Lacrosse Shootout is a staple of the Northern New York sports calendar and that tournament will be staying in the family.

Current Immaculate Heart Central athletic director Jared Wilson and partner Chad Green will be running the show starting with this year’s edition in July. The pair is taking the tournament over from longtime organizers Tom O’Brien and Mike Green, who is Chad’s uncle.

“My father helped out with the tournament and I’ve helped volunteer for years, so it makes sense to keep it in the family,” Green said. “I’ve always thought to myself it would be cool to run the tournament someday.”

There was some surprise when Wilson and Green told vendors and other clubs that they were replacing the previous organizers, who had operated the tournament for nearly three decades. However, there’s been some good feedback with the new management group in charge.

“I’ve talked to coaches and their reaction is that they’re excited,” Wilson said. “They want to continue to do the tournament and the coaches are talking to other teams and spreading the word.”

O’Brien and Green started the event in 1994 with eight varsity boys teams, including some from the Syracuse area. The event at its peak featured 260 teams and now includes girls teams spanning two weekends in July. The total has leveled off in recent years to around 220 to 240, but Wilson is hoping they can bring back teams, including some highly-touted clubs from around the country. The pair is making trips out of the area to add more teams.

“Chad called Urban Elite (a well-known club team) out of Denver and other teams about coming,” Wilson said. “We went to Baltimore to the national conference to spread the word about the tournament.”

“It’s a huge opportunity to come down here and test themselves,” Green said. “It’s a chance for them to get out from playing box lacrosse.”

According to the new duo, most of what the 1812 Shootout is known for will remain the same because it has been successful for so many years. “We don’t want to make a lot of changes,” Wilson said. “We want to continue relationships because the event is an opportunity for high school and club teams.”

One thing the new operators want to emphasize is evening the competition between teams so clubs of similar skill levels are matched up with each other. They hope to achieve this by having the high school teams and club teams separated from each other. There may be some games between clubs and high schools, but the organizers are hoping that can be limited.

“We’ve had high school teams versus clubs in the past, and it wasn’t the most level of playing fields,” Wilson said.

The 2020 edition of the tournament was canceled due to coronavirus and the 2021 version was limited due to COVID concerns. However, Wilson and Green are hoping more teams will come back in 20222. The tournament is a big driver of tourism to the area.

“Along with the Can-Am Festival, the tournament is one of the biggest things for the local economy,” Green said. “Sackets being a small, quaint village and that’s one of the appealing things about coming here.”

The two hope to bring some well-known Syracuse players for camps in the days before each tournament. Former Orange standout Brad Voigt and his Geneva-based Heat Lacrosse Camp is a possibility for instruction sessions in Sackets Harbor.

For more information or to register, teams can visit 1812shootout,org. Any interested parties can email 1812shootout@gmail.com for more questions or registration information.