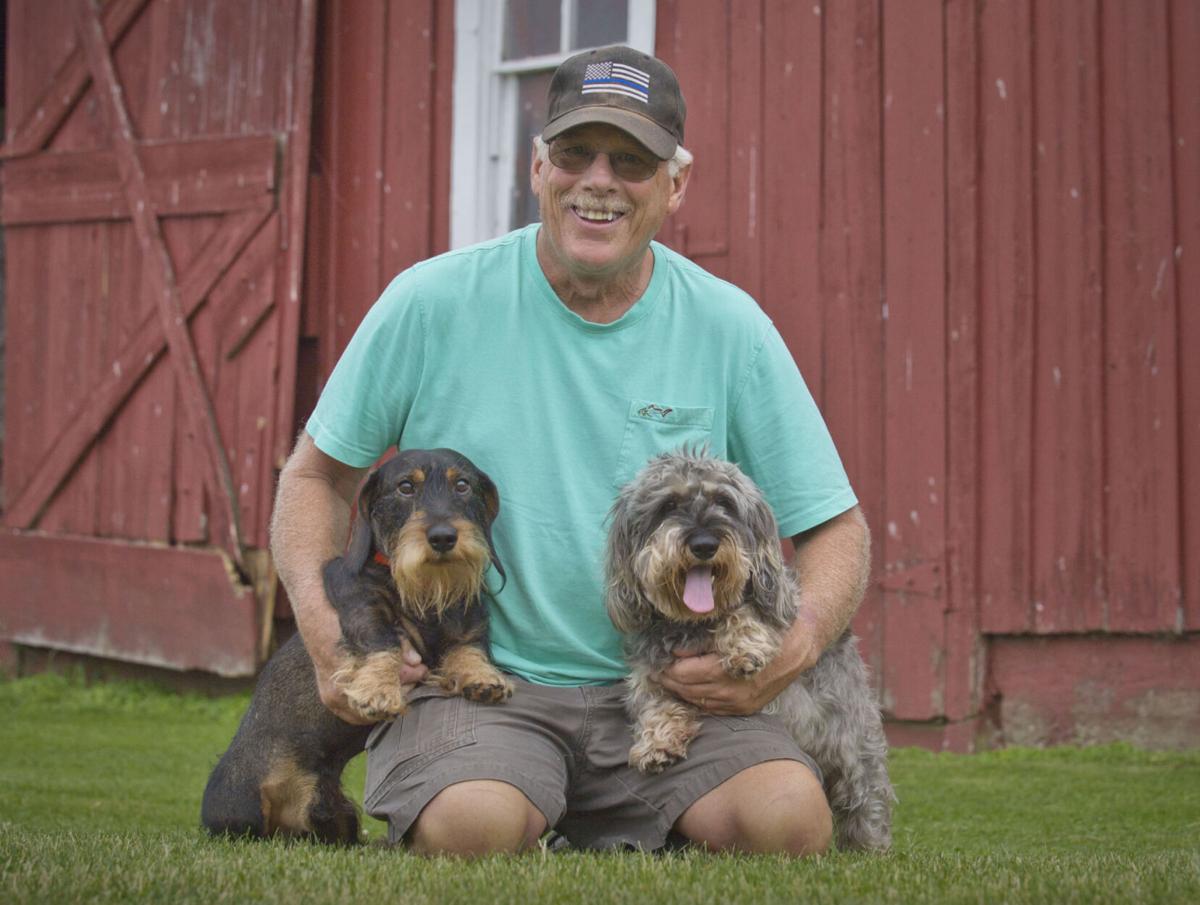 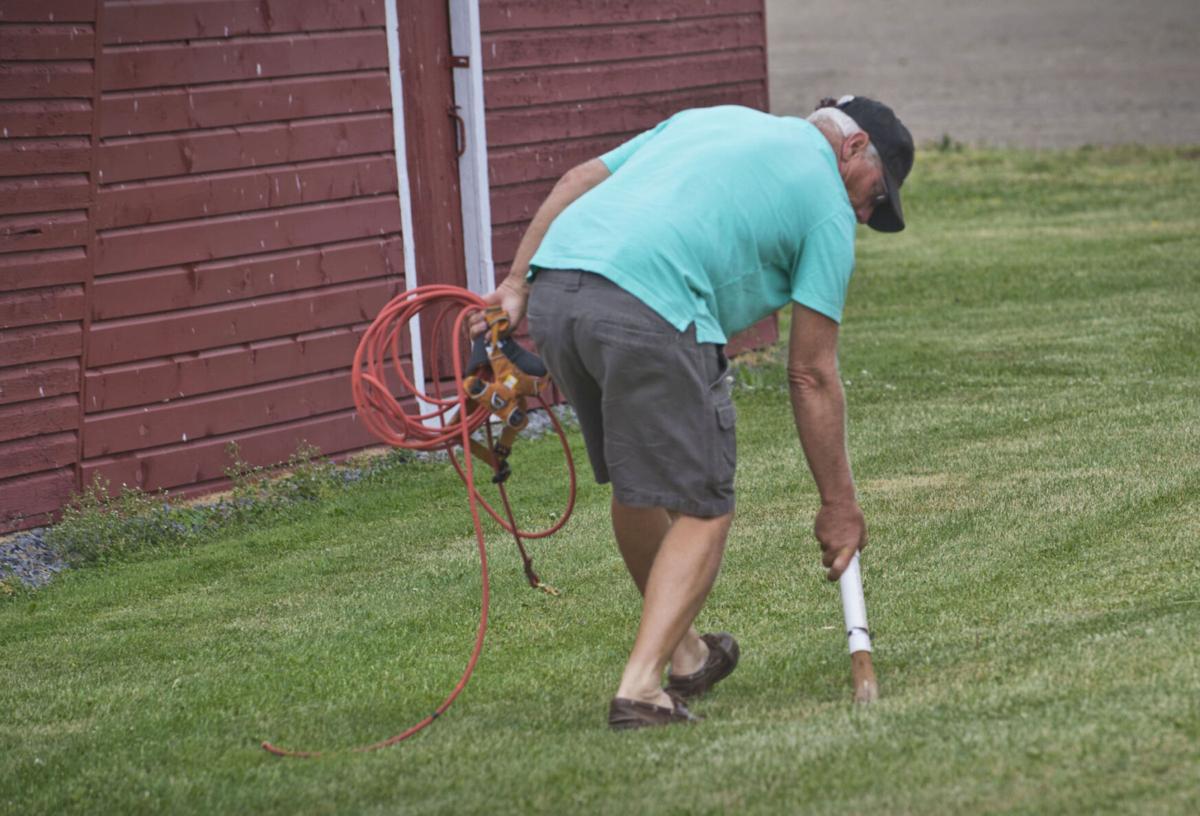 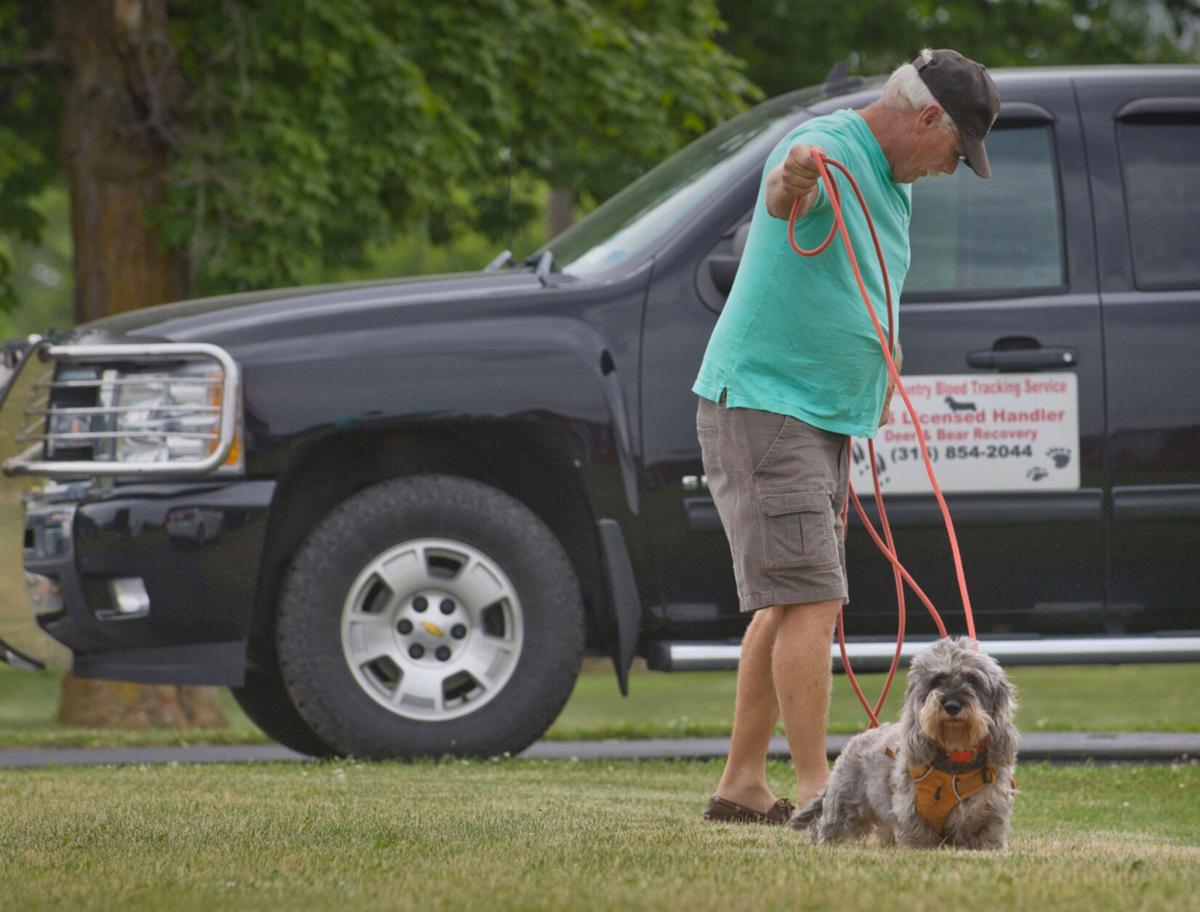 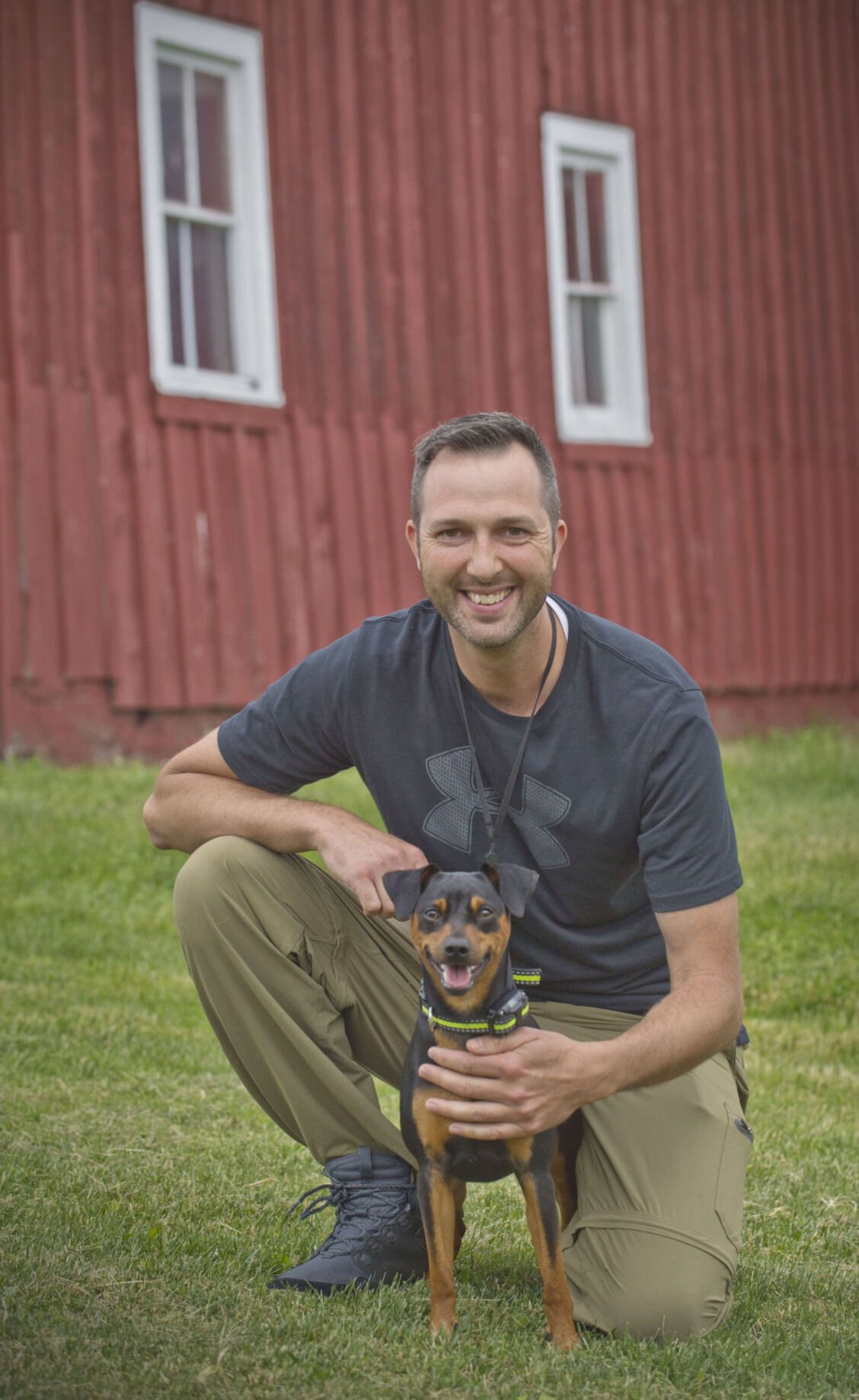 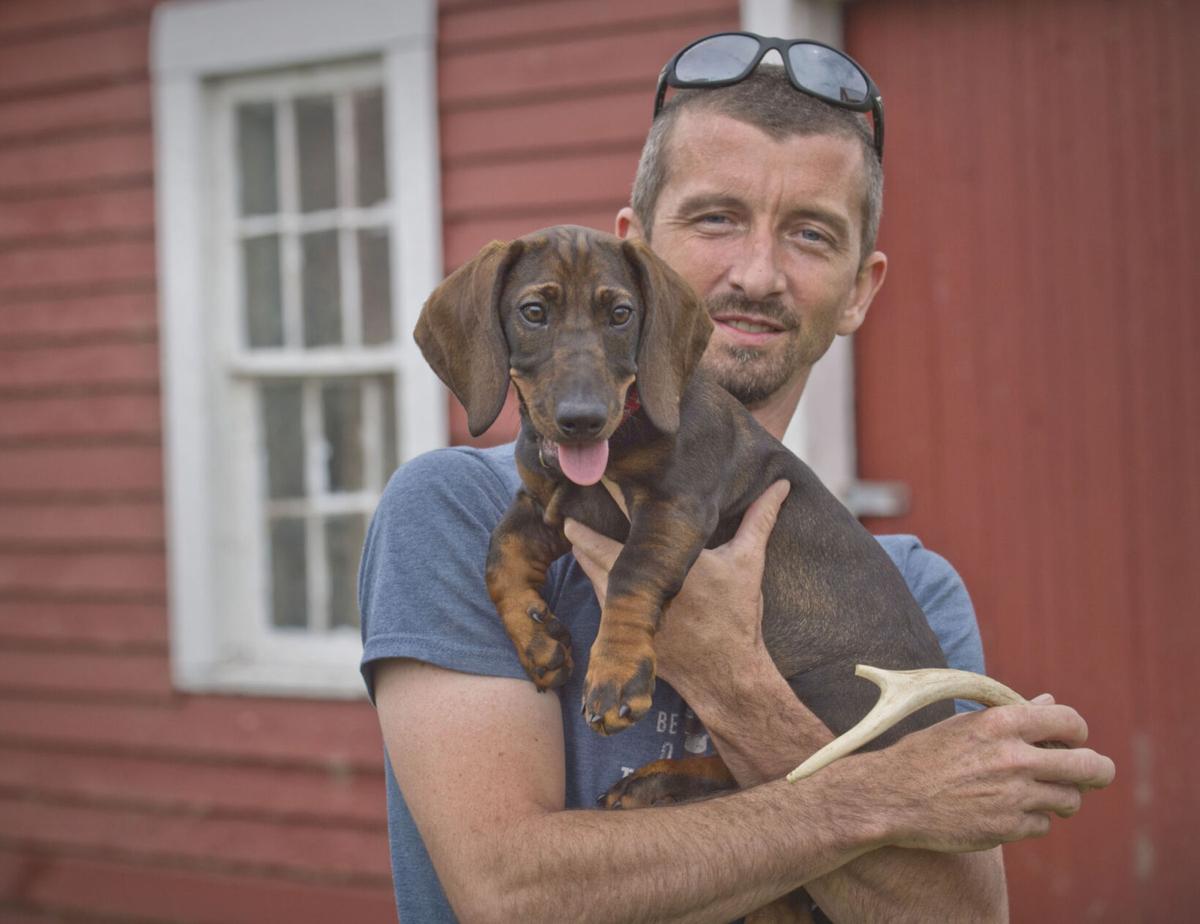 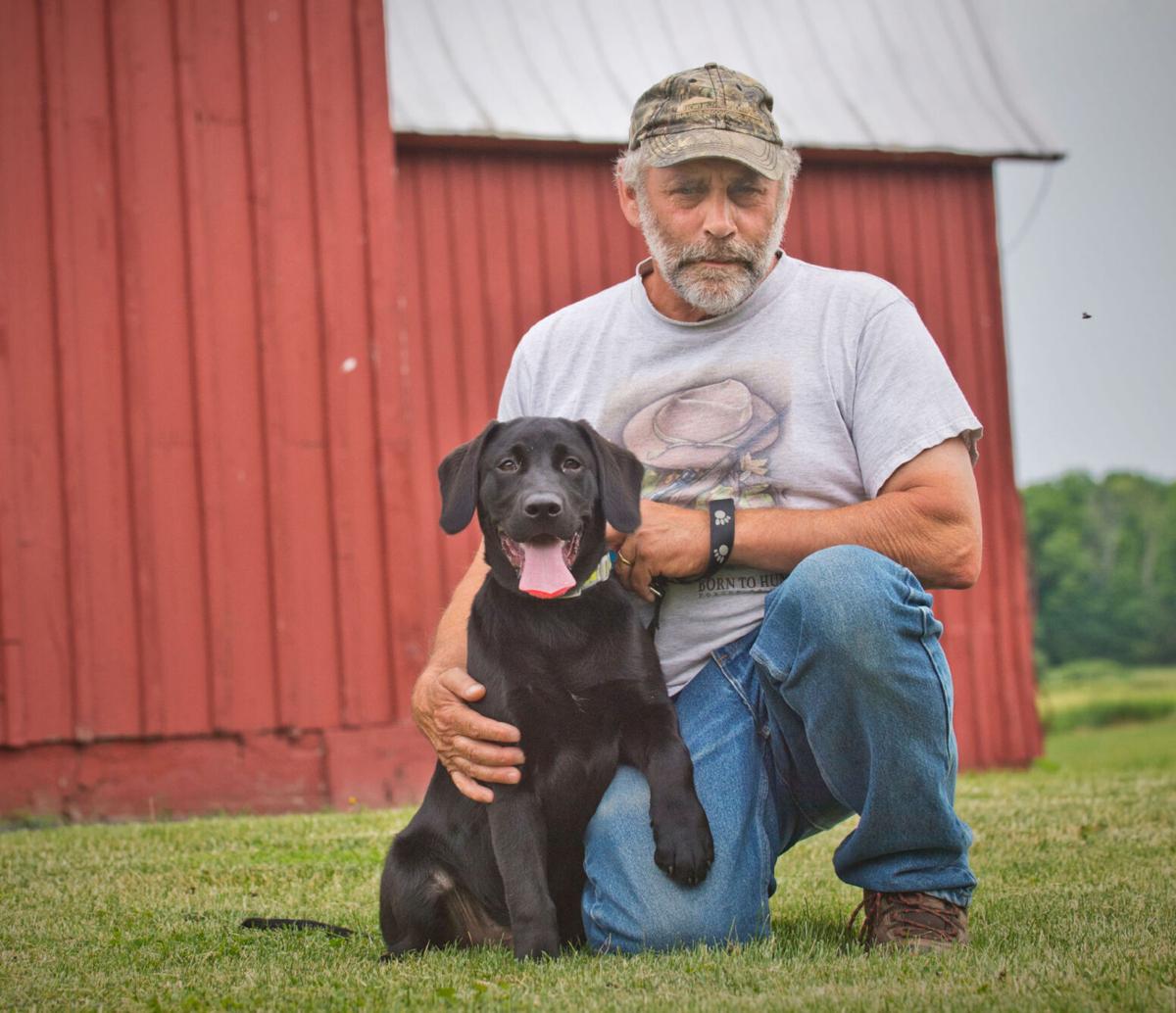 WADDINGTON — Kunox and Luna might look like everyday household pets. The two wire haired Dachshunds look like they would be content to spend a fall afternoon curled up in a lap sprawled out in front of a fire.

But in the fall, these dogs are on call, ready to assist their owner Tom L. Rausch in tracking down wounded and killed deer and bears that hunters can’t locate.

Mr. Rausch became interested in blood tracking dogs about seven years ago when he lost a deer while hunting. It wasn’t long after that they acquired his four-legged assistants from the godfather of blood tracking in New York — John Jeanneney.

Mr. Jeanneney is the author of “Tracking Dogs for Finding Wounded Deer,” the book Mr. Rausch and his colleagues consider the go-to source for training dogs and humans to find lost game.

According to Mr. Rausch, the first license to use dogs to track deer in New York was issued in 1986 and it went to Mr. Jeanneney.

Until recently, blood trackers were a rarity in Northern New York, Mr. Rausch said. Now, he’s associated with a half-dozen or so pairs of humans and dogs practicing the art.

Blood tracking is kind of a misnomer, Mr. Rausch said.

“The dogs really follow the scent of the wounded deer — if there is no blood they can still track it,” he said.

The deer put out a scent from an interdigital gland, Mr. Rausch said. That scent is individual to each deer, making it possible for the dogs to focus on just one track.

Ben J. Clark, of Copenhagen, and his dog Jasper, a miniature Pinscher, have had one season of helping hunters.

Mr. Clark tested Jasper’s ability to single out a scent this last season after he shot a buck.

“I was hunting this winter in the snow and I had a buck come down the hill along with several other does,” Mr. Clark said. “Their tracks just kind of went back and forth.”

He put Jasper where he knew the track of the buck was clear of the does and, although Mr. Clark knew where the deer was, sent Jasper out to find it.

“He followed that track though all the other tracks out to the field where he (the buck) was,” Mr. Clark said.

Mr. Rausch gets lots of calls for his service.

The training can start with dogs as young as six weeks old, Mr. Rausch said.

Breeders will start the puppies with liver drags and then move on to blood, then hooves and blood and then taper off the blood to just hooves. At the end of these practice tracks, there will be a deer hide to motivate them.

“Certain dogs have a higher prey drive and they just love it,” Mr. Clark said.

To keep the dogs sharp, the trackers save blood and hooves over the hunting season to use them for training in the summer, Mr. Rausch said.

In order to track game in New York, trackers must obtain a leashed tracking dog license from the state Department of Environmental Conservation. A license costs $75 and is good for five years.

A tracker must be at least 18 years old and have a hunting license. They must be ready to humanely kill wounded or injured deer and bears, and notify the DEC when they are about to start a track.

Trackers aren’t allowed to charge for their services without a New York state outdoor guide license.

Any breed of dog can be used, but it must be licensed, collared, identified and vaccinated against rabies.

The best source to find out more about blood tracking is www.unitedbloodtrackers.org. The organization offers a find-a-tracker tool and all sorts of information for hunters and trackers alike.

“They have a wonderful forum with national experts who are happy to share information,” Mr. Rausch said.