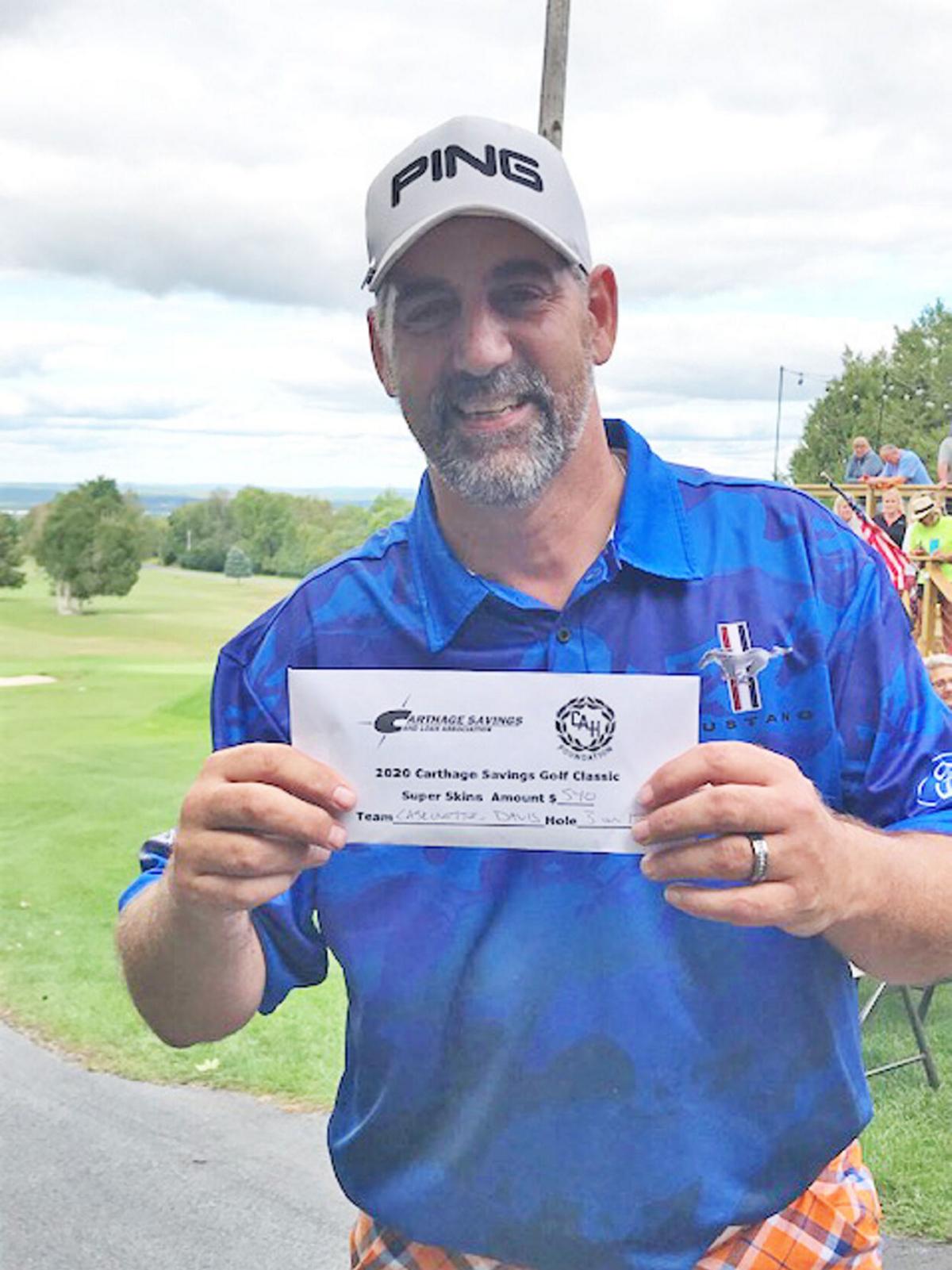 Chuck Davis of the Caskinette team collect $540 for the super skins at the Carthage Savings Golf Classic. Photo submitted 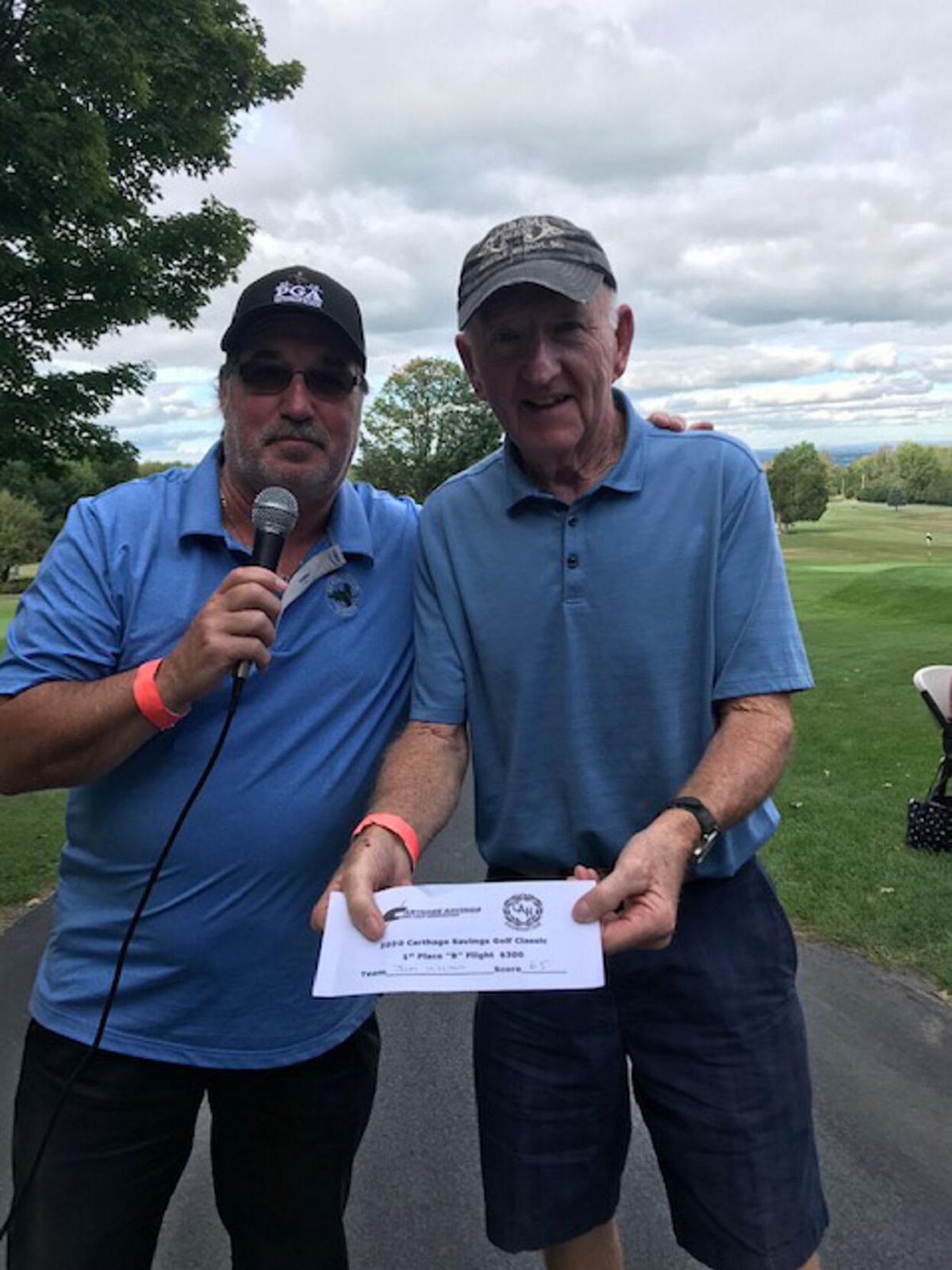 Chuck Davis of the Caskinette team collect $540 for the super skins at the Carthage Savings Golf Classic. Photo submitted

DENMARK — Not all events were canceled this summer. Although it was later in the season, the Carthage Savings Golf Classic hosted by the Carthage Area Hospital Foundation, was held Aug. 28 at Carlowden Country Club.

“Despite the pandemic, we raised $37,000 in sponsorships for this year’s Carthage Savings Golf Classic,” Taylour Lynn Scanlin, Foundation and Marketing Executive Director said. “That’s just shy of what we raised last year. I am overwhelmed by the outpouring of support for our organization. Our first priority was safety and all golfers and volunteers had their temperatures taken to ensure we had a successful, yet healthy day of golf. I’m so grateful to all our sponsors, volunteers, Carlowden Country Club and the planning committee for their support. All proceeds will benefit the hospital’s new campus project.”

There was a 50/50 Comedian Hole Raffle for which, the team of Lee and Mason donated their share of $725 back to the Carthage Area Hospital Foundation. A contest was also held at the Dog Leg Hole and there were several raffles.

The tourney attracted 34 teams. The team of Lee and Mason carding 57 won the A Flight, followed by Lunco with 58 and Jimmy Ginger’s team winning with a 59 after matching cards to the seventh handicap hole.

With a score of 65, Jim Wilton’s team won the B Flight. AAA Travel and Insurance with a 66 was second after matching cards and hitting a three on hole 8 and Central Rivers Power was third with a total of 66 and hitting three on No. 18.

In the C Flight QPK Design won with 68 followed by Sarah Johnson’s team with 69 after matching cards with a four on 18 and in third T.F. Wright with 69, hitting four on No. 8.

Super Skins of $540 went to the teams of Scott Arthur and Caskinette-Chuck Davis.