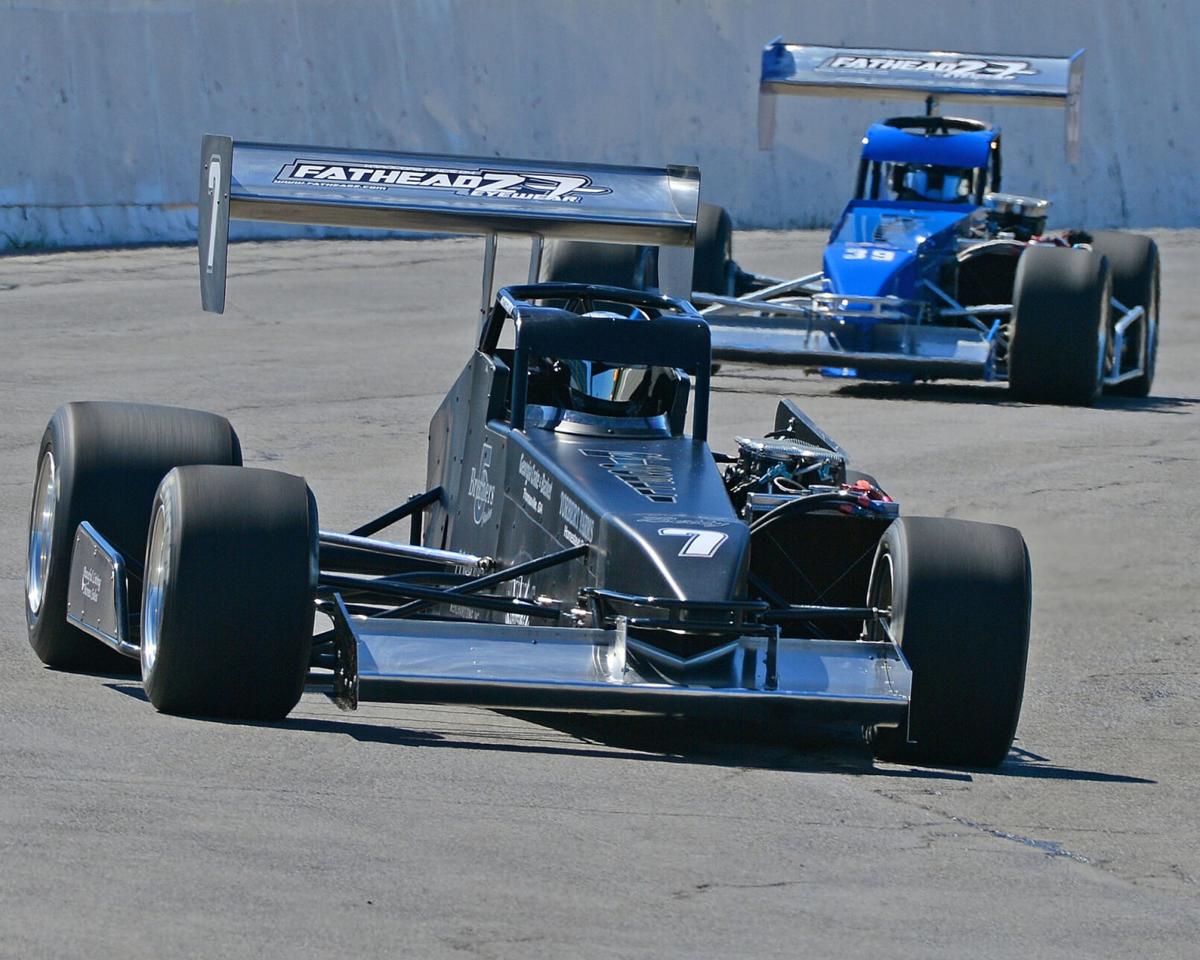 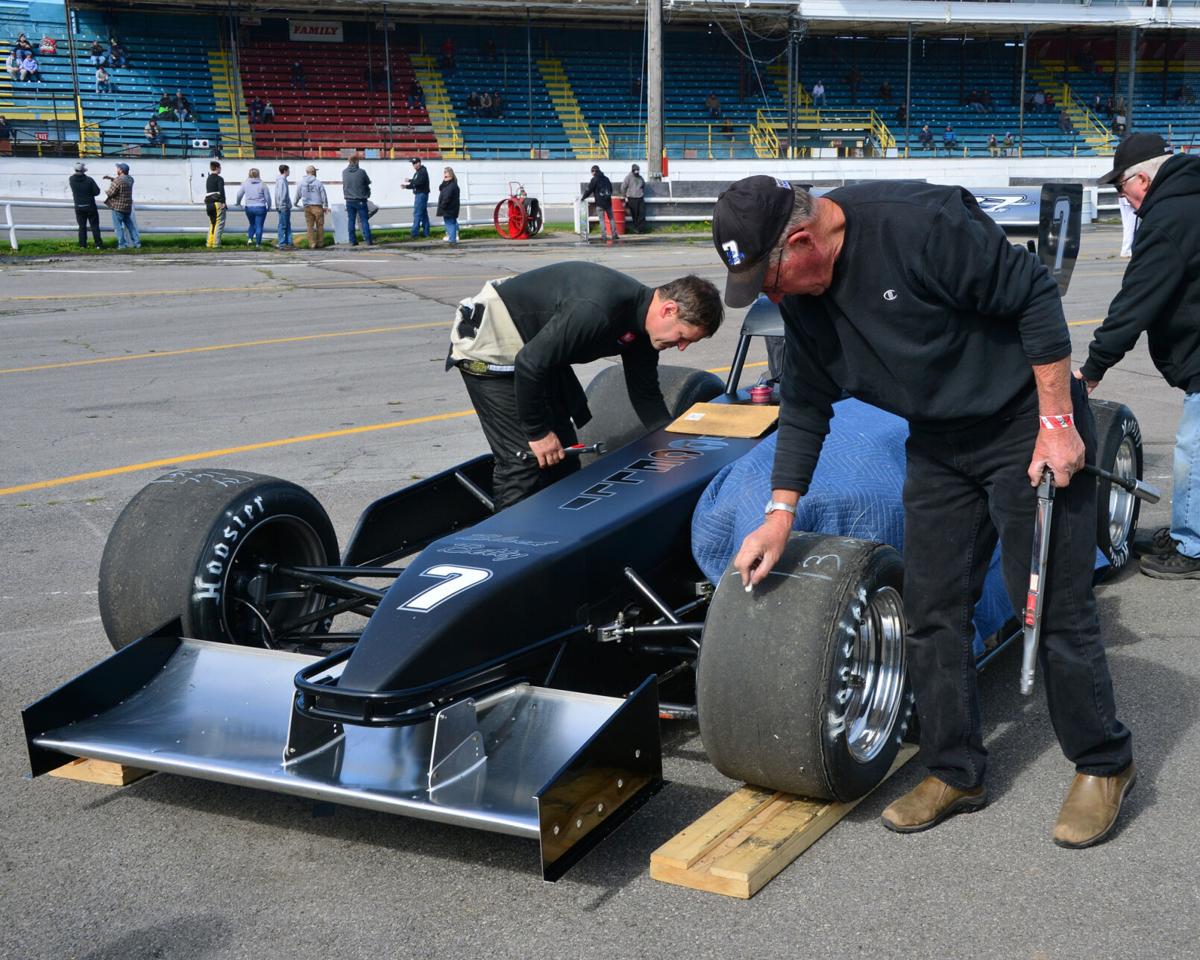 Otto Sitterly, left, works on his No. 7 supermodified car during the practice session on May 1 at Oswego Speedway. Richard Nelson photo provided. 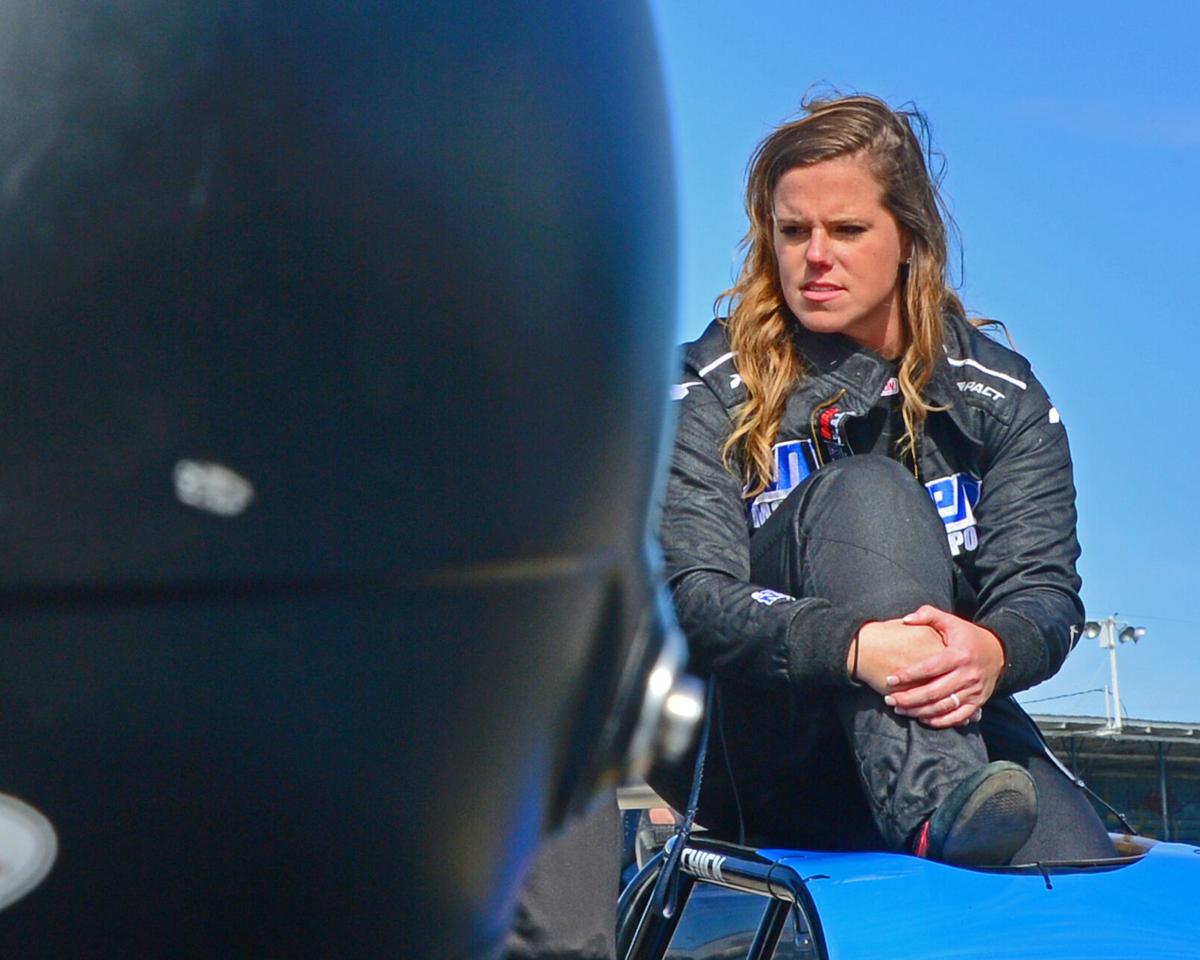 Alison Sload, driver of the No. 39 supermodified, during the practice session on May 1 at Oswego Speedway. Richard Nelson photo provided. 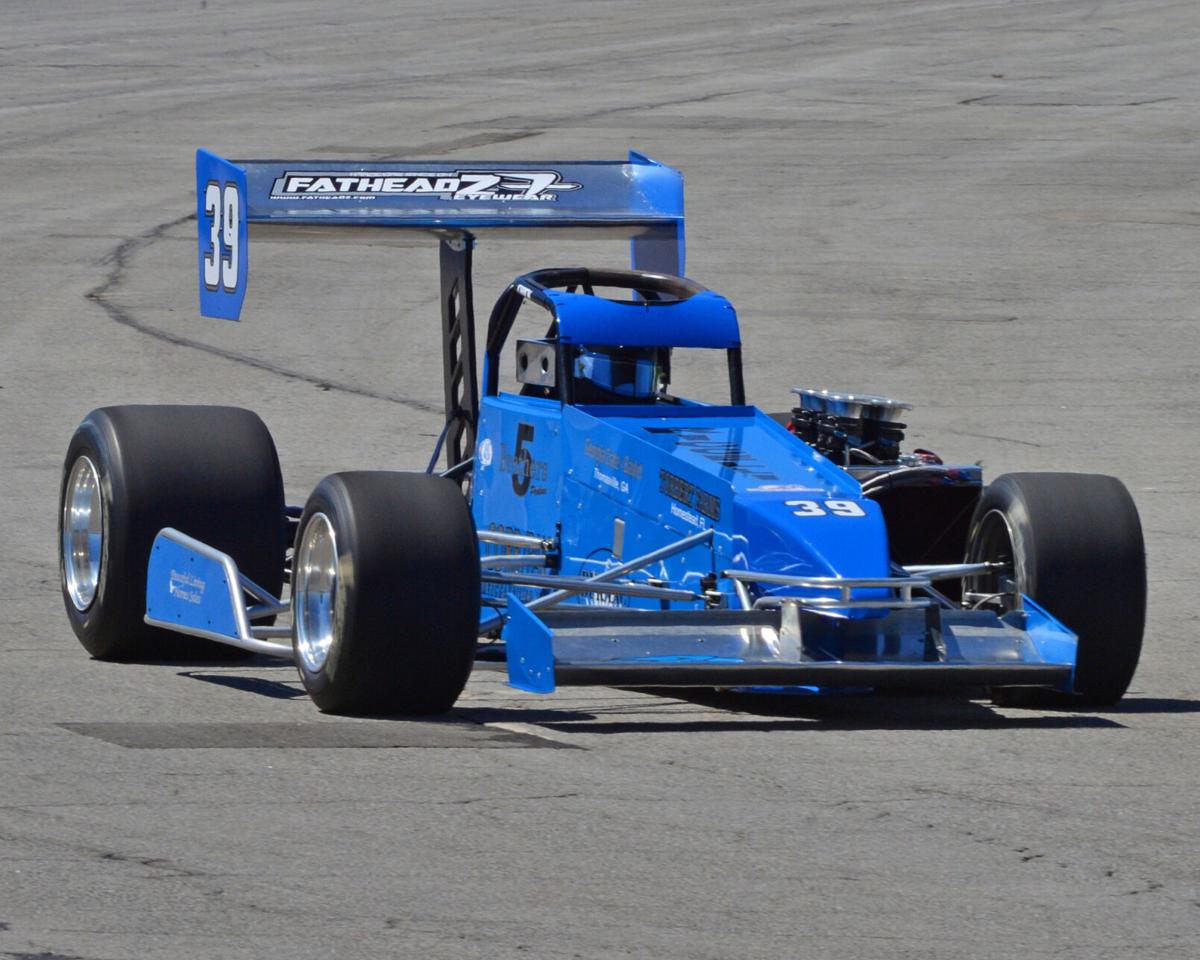 Alison Sload drives the No. 39 supermodified during the practice session on May 1 at Oswego Speedway. Richard Nelson photo provided. 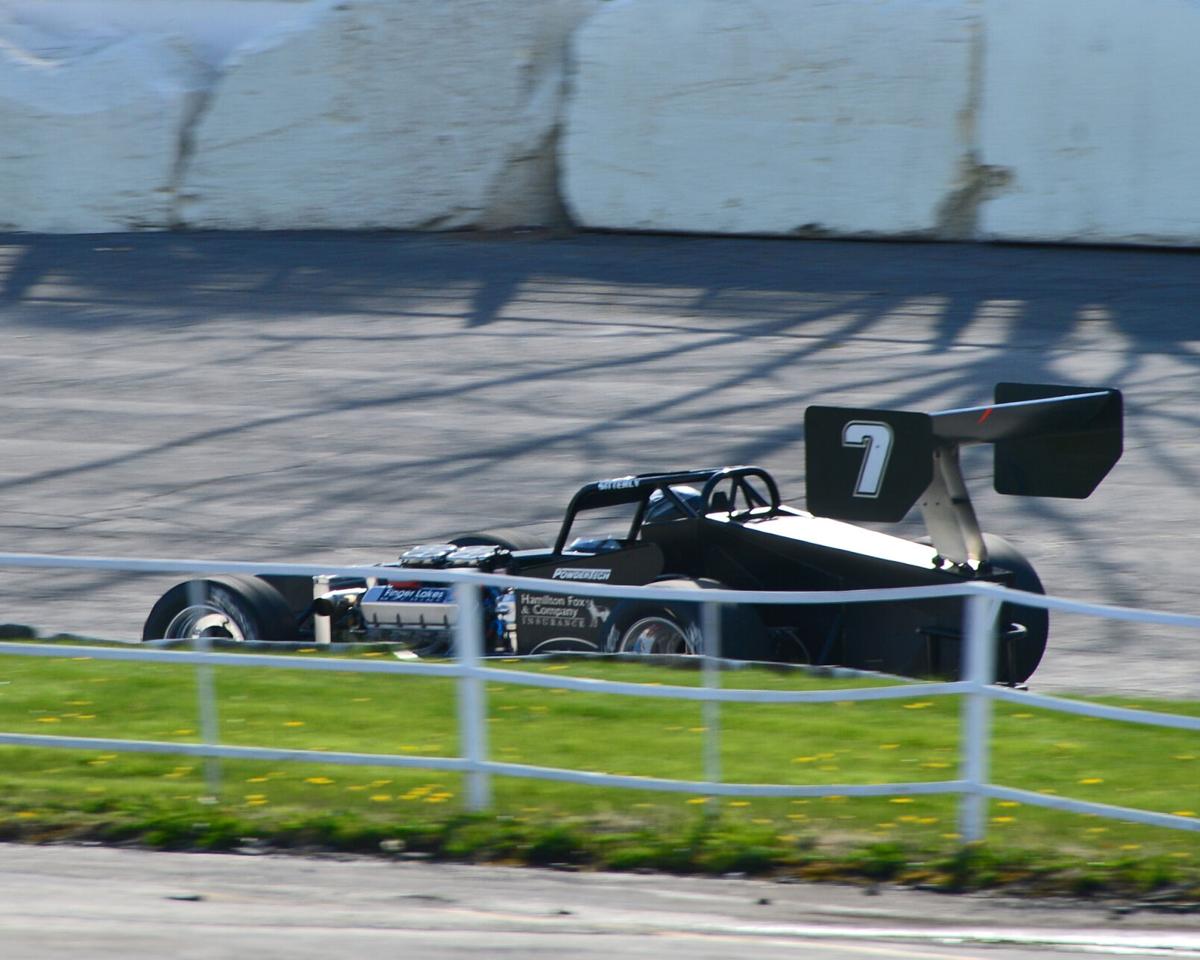 Otto Sitterly drives the No. 7 supermodified during the practice session on May 1 at Oswego Speedway. Richard Nelson photo provided.

Otto Sitterly, left, works on his No. 7 supermodified car during the practice session on May 1 at Oswego Speedway. Richard Nelson photo provided.

Alison Sload, driver of the No. 39 supermodified, during the practice session on May 1 at Oswego Speedway. Richard Nelson photo provided.

Alison Sload drives the No. 39 supermodified during the practice session on May 1 at Oswego Speedway. Richard Nelson photo provided.

Otto Sitterly drives the No. 7 supermodified during the practice session on May 1 at Oswego Speedway. Richard Nelson photo provided.

OSWEGO — Otto Sitterly and Alison Sload are chasing history in what is likely to be their final season together as teammates for John Nicotra Racing at Oswego Speedway.

The duo is among the top contenders for the Novelis Supermodified Division points championship, either of which would set a new precedent for Oswego Speedway’s long-awaited 70th season that will begin Saturday night with fans present.

Sitterly and Sload, who have grown more comfortable in their mentorship since the latter debuted with the team in 2019, are motivated by helping push the other to a monumental achievement.

Sitterly is aiming to claim his third straight points title and 10th overall to extend his record haul while Sload could be the first female track champion in Oswego history after becoming the first woman to win a feature at Oswego, doing so as a track rookie. She finished fifth in points to place each partner in the top five for the most recent season standings in 2019.

“It will be fun to go back and see all my crew people, really looking forward to running with Alison for the season and her crew and friends and family, really more looking forward to that than the racing part of it at Oswego,” Sitterly said.

The first heat race will begin at 4:30 p.m. Saturday to start the first racing action on the track in nearly two years following a lost 2020 season due to state COVID-19 restrictions.

Fans will be permitted with safety protocol in place and races will be streamed live throughout the campaign at FloRacing.com, which is a subscription service.

The much-anticipated season will be the last as a full-time driver for Sload, barring a change in plans later this year, after more than two decades in the sport. She debuted at Oswego in 2019 as the next phase in a career that included a title in The American Three-Quarter Midget Racing Association and a successful stint in ISMA among her experience at various levels.

“I’m going in with this being my last season and hopefully my best,” Sload said. “Otto is going for a 10-time track champion this year, so there’s a lot to ride on that, too. I’m just hoping I can stick up front, get some wins for the team, and bring it home in one piece.”

Sload described Sitterly’s role as that of a crew chief and teammate, and he has gradually offered guidance since they joined forces under the John Nicotra Racing banner.

Sitterly and his crew work on each car throughout the year and prepares both for race nights. Sload said that the veteran driver is often giving her pointers between races and during hot laps, volunteering advice on how to handle the track, car, opponents, etc.

Sitterly also intends to race the full ISMA Series schedule and while his Oswego plans could change eventually, he remains committed to keeping Sload’s car in top form for the full season.

“He has taught me a ton,” Sload said. “Any time I come in and have a question, or he might even see it on the track if he’s not out there with me, and he’ll be able to give me pointers. … He’s super knowledgeable and always trying crazy (stuff) on the car.”

The tandem raced once together while Oswego Speedway was idle, last September at the Star Classic in New Hampshire. Sitterly finished fourth and Sload placed 11th in the main 125-lap feature.

Sitterly raced six total events last year and none were in the state — traveling to Indianapolis, Ohio, Connecticut and New Hampshire — while Sload raced a few Three-Quarter Midget car races in addition to the showing at Star Speedway.

The full team kept in touch throughout their year away from Oswego and bonded during a snowmobile outing together this past winter.

“If you think Otto is crazy in a supermodified, you should see him on a snowmobile, I don’t know how he holds on half the time,” Sload said. “But it’s pretty cool to spend all this time with him in the summer and just learn.”

The Oswego Speedway season will end on Sept. 5 and feature two International Classic races for the first time. The 64th edition of the annual highlight is slated for May 29 and the 65th running will conclude the campaign on Sept. 5.

The track welcomed back fans and several drivers for a tune-up session on May 1.

“To actually get out last weekend with cars on the track and to have our fans back, I think it was really cool to see finally, and I think everybody finally realized that this was going to happen and we’re going to go racing Saturday,” said Camden Proud, a full-time Novelis Supermodified racer and the Oswego Speedway public relations director.

“There’s a lot to be excited about and a lot to look forward to after a really difficult year, so hopefully it all goes well, and we get to finally enjoy it,” he added.