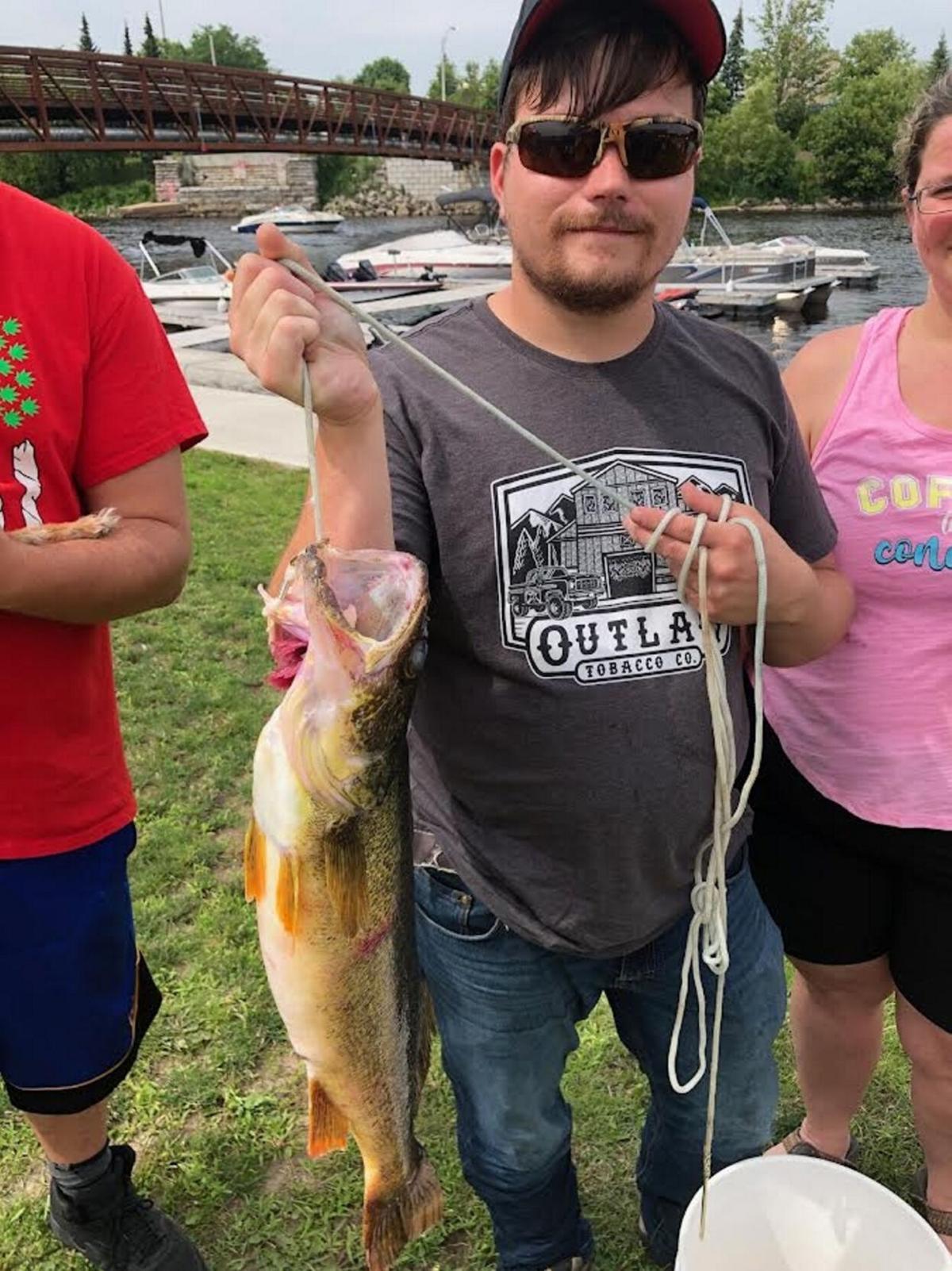 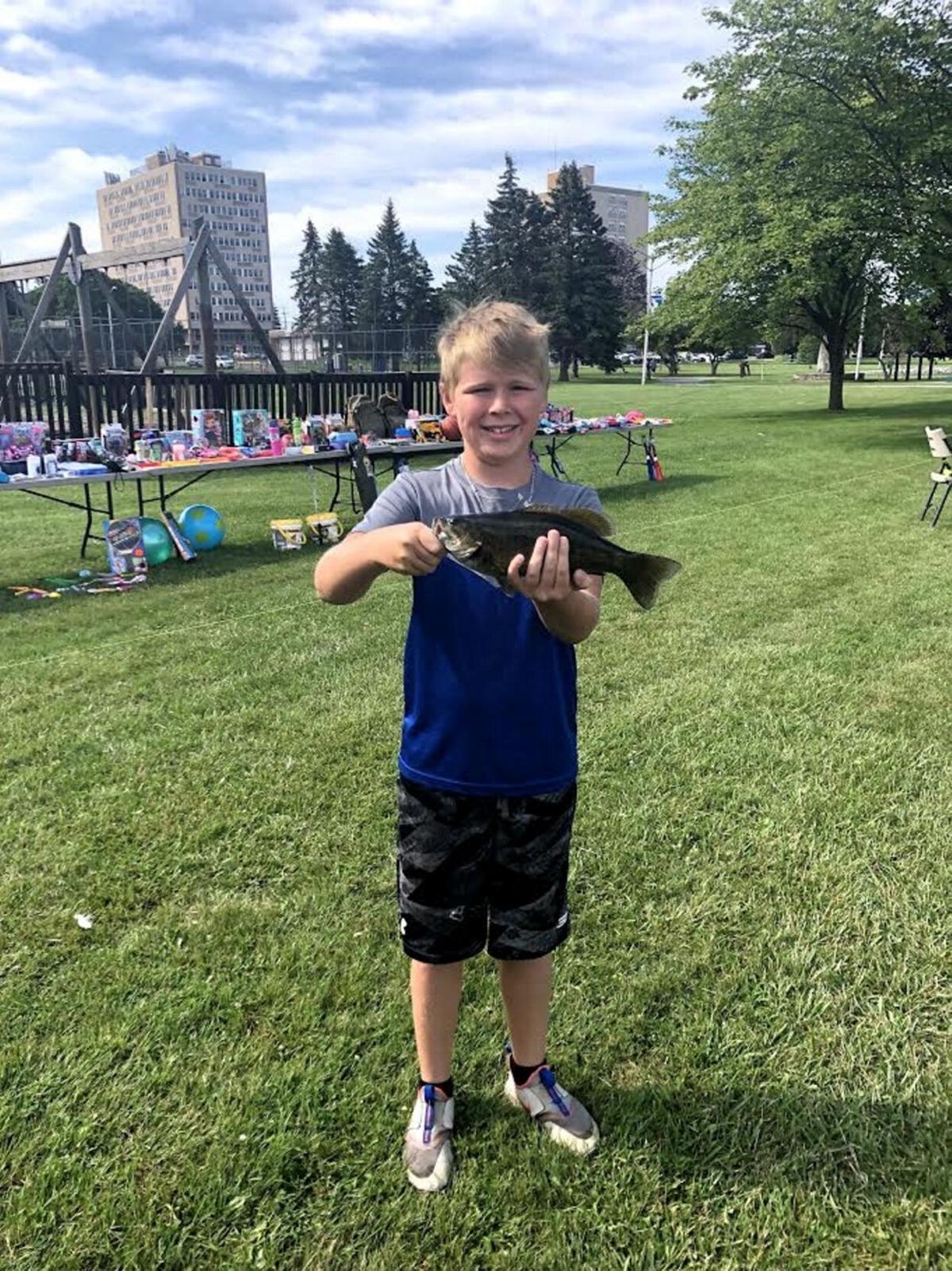 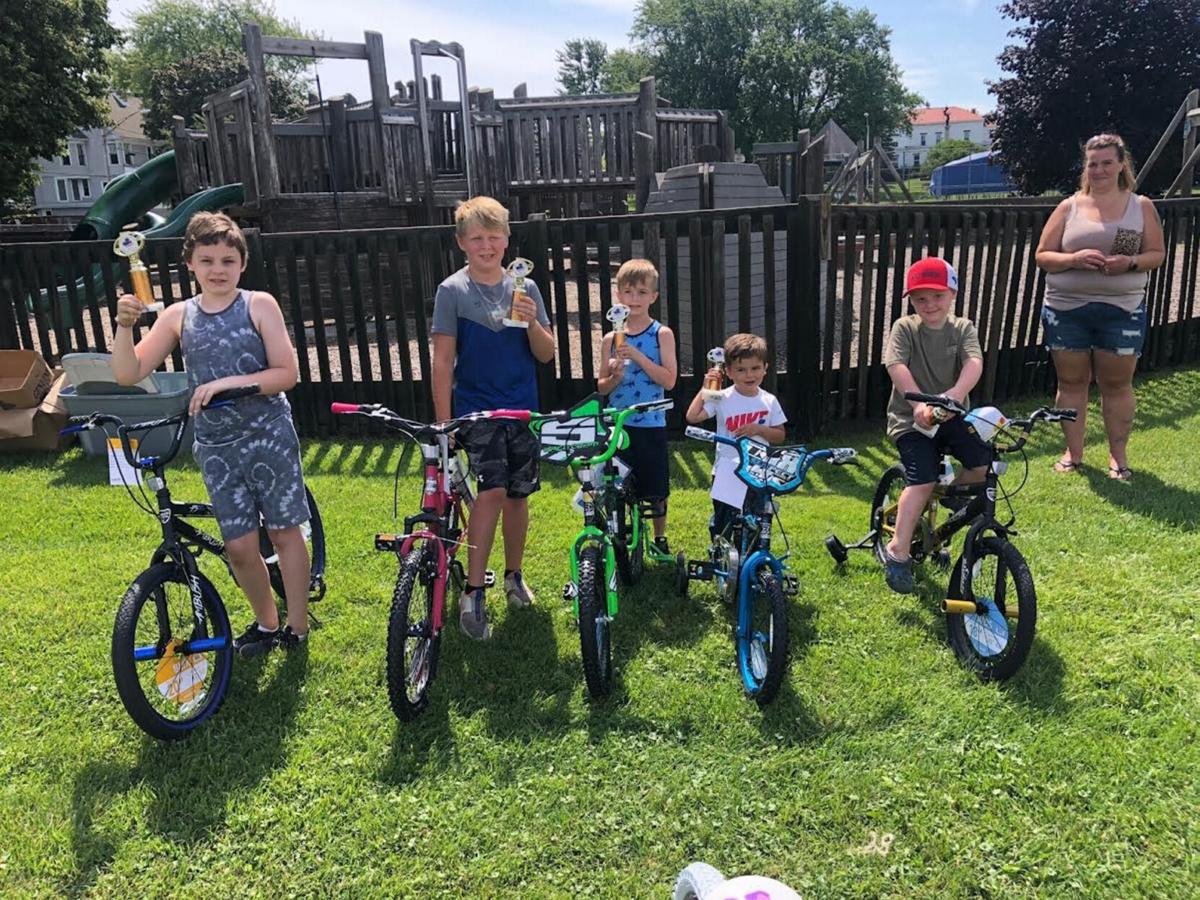 The Seaway Festival Children’s and Adult Fishing Derbies both saw anglers of all ages work hard to compile a high quality leaderboard.

The Children’s Fishing Derby, a longtime staple of the festival’s opening weekend, returned to the city docks in the Greenbelt while the first Festival Adult Fishing Derby was open to bass, northern pike and walleye.

At the Children’s Fishing Derby, Mason Maroney led the way with a 12.75 inch smallmouth followed by David Bush with a 5.25 inch rock bass and a Kayden LaRue with a 4.7 inch rock bass. Dallas Bell earned the award for the Most Unusual Catch with a mass of line encrusted with zebra mussels. Camden Brossoit received the Sportsmanship Award for helping other anglers in the derby.

“I caught the fish midway through the derby,” said Maroney of his smallmouth bass catch.

The derby drew 77 entries ages two through 12. The proverbial one that caught away was a huge smallmouth bass which came and engulfed one of the anglers’ bobber on the surface and then spit it out.

“We had a good day. It was good to get the derby back here in the Greenbelt. The fishing was a little slow but it will get better. We had a prize for everyone which was biggest thing,” said Greg Denny of the derby’s committee. “We have great sponsors who give us the money to buy prizes and the St. Lawrence Valley Sportsmen’s Club donated the worms.”

Sponsors for the event are: the Seaway Festival, Bradley’s Service Station, Lincoln’s Pest Control, Pepsi Cola, the VFW and the VFW Auxiliary.

Hosmer’s Marina played host to the Adult Fishing Derby which paid off the first six places on the leaderboard which was topped by lunker size walleye and smallmouth bass. Jonathon Madill led the way with a 8 1/2 pound walleye followed by Greg and Jesse Barr with walleyes weighing 7.15 and 6 pounds.

Madill landed the top prize fish on his second outing fishing for walleyes.

“I fished out from the where the grain elevator was and just outside of the weed bed. I was casting a green spinner and I would reel it in and let it drop,” said Madill.

“I guess I got a little lucky but it worked.”

The first angler to the weigh-in at Hosmer’s Marina was Mike Tracy who weighed in the biggest bass with a massive 5.78 pounder followed by Jamen Lovely at 4.13 pounds and Wes Miller at 4.07 pounds.

The seventh place fish was a bass caught by Mason Tabolt, which approached four pounds at 3.88 pounds, noting the depth of the leaderboard.