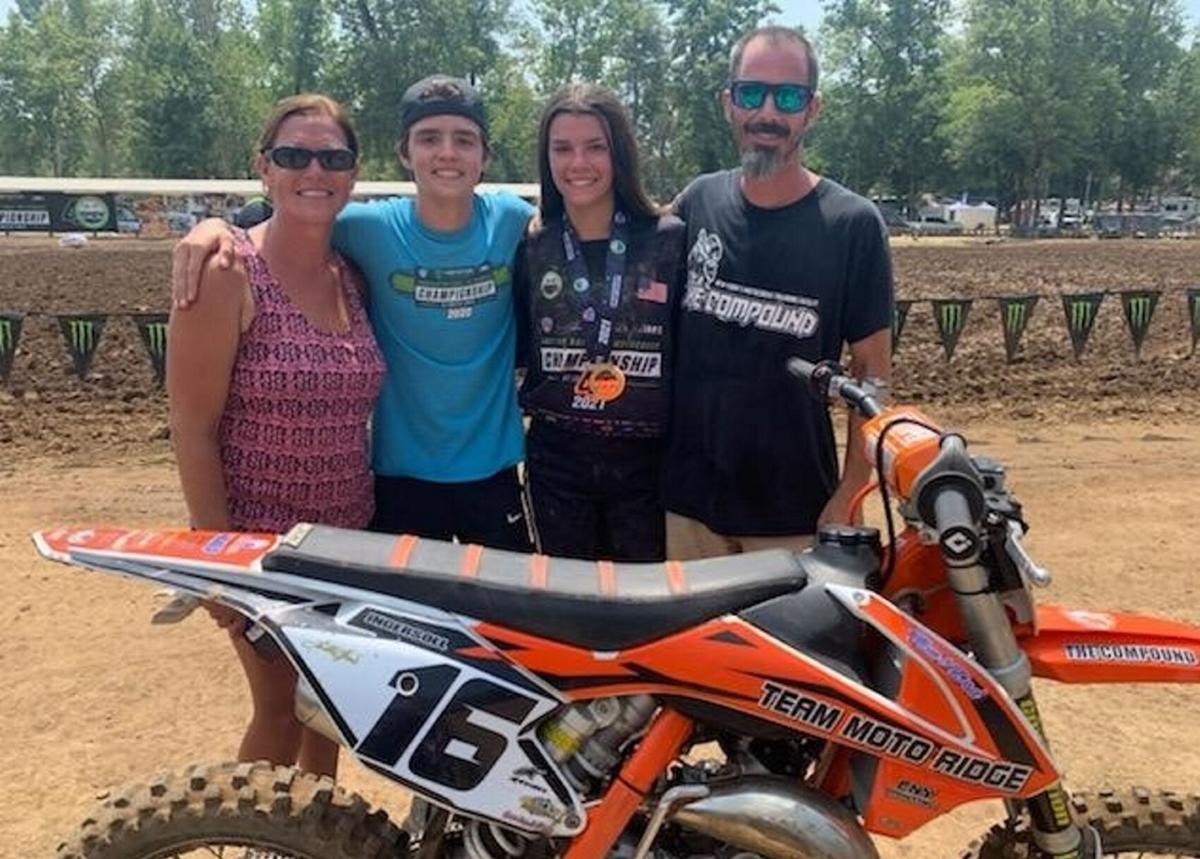 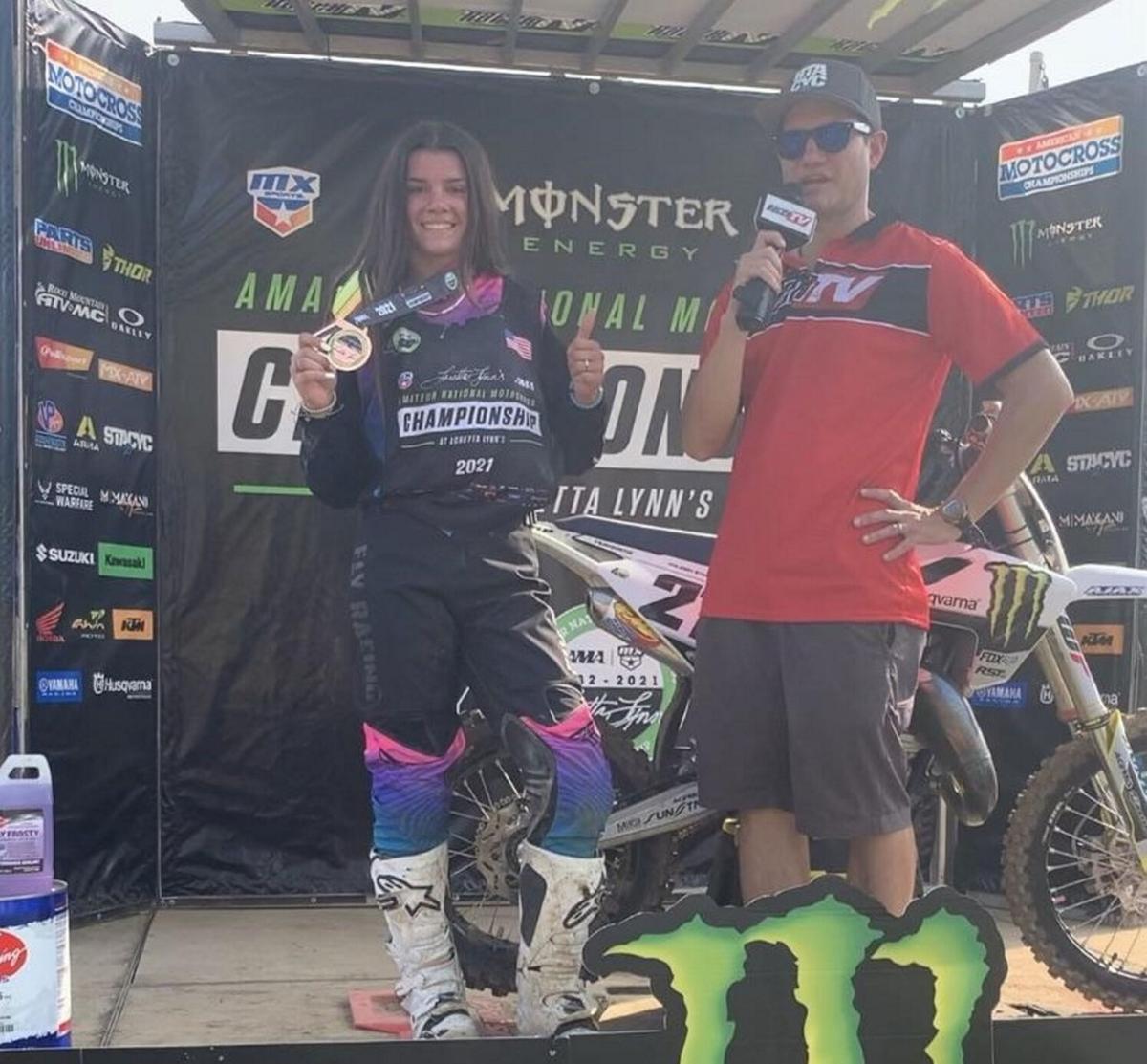 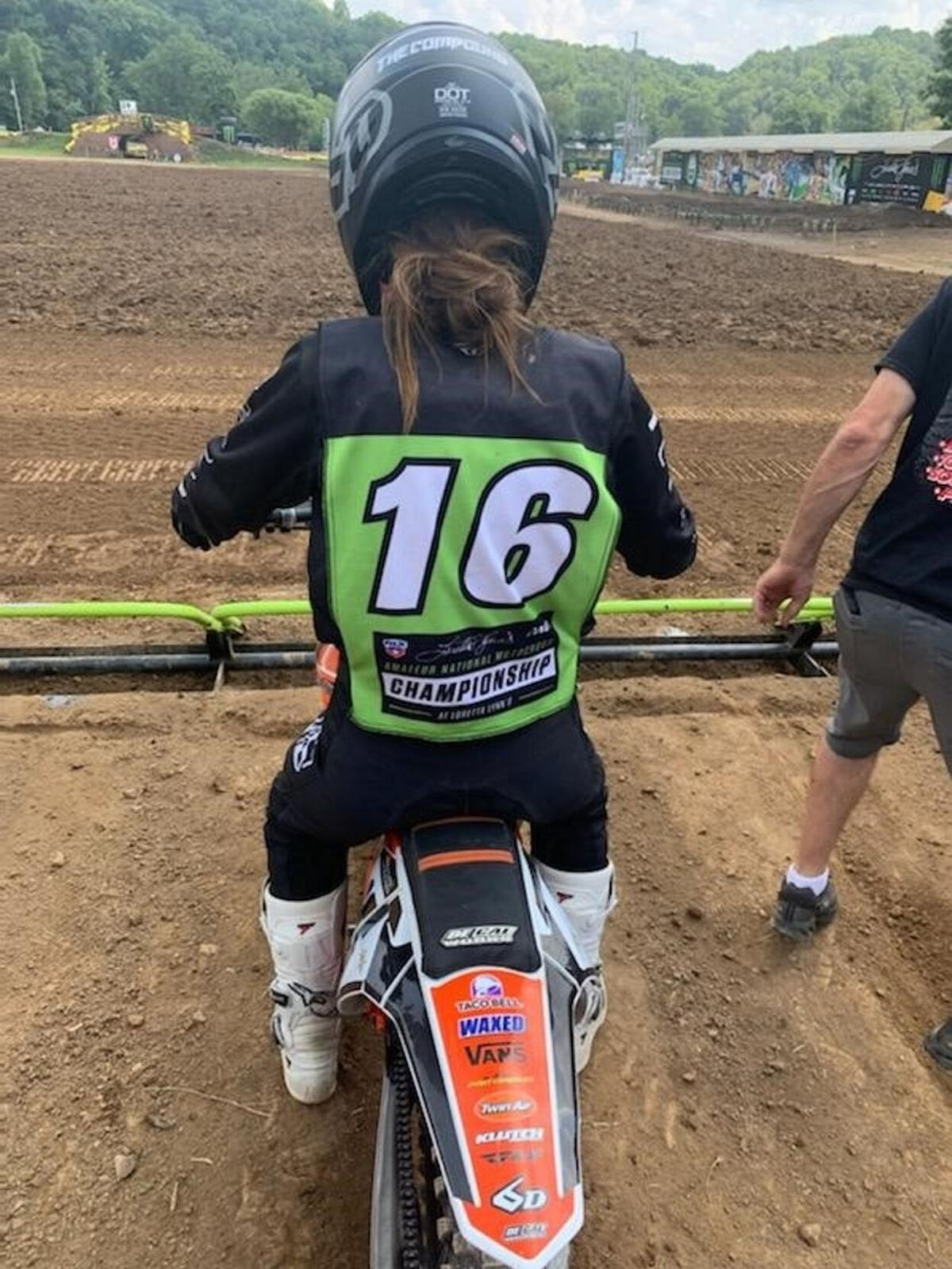 She first raced motocross at age four and has competed at the last four national championships, progressing to the No. 2 spot in the country during the event conducted from Aug. 1-7. She ranked 22nd among all female competitors ages 12 and older.

“I knew I could do better this year, so going into the week, my goal was top five,” Ingersoll said. “Surprisingly I didn’t get nervous at all, usually on the line my stomach starts hurting, but I knew I could finish well. … It felt really good to be able to go on the podium after.”

She averaged 13.8 points and 3.6 steals per game as a sophomore to lift the Tigers to a perfect 10-0 record and its highest win total in 12 seasons during the condensed campaign delayed due to state COVID-19 mandates. Ingersoll also led the team in scoring during her inaugural varsity season as a freshman the year prior.

“She’s the whole package when it comes to an athlete,” said Scott Drake, who has trained Ingersoll for motocross at The Compound MX Facility in Fulton over the last four years. “I don’t think that’s just with Motocross either, I’ve seen her ability in other sports like basketball, she’s a very dominant player in that, and I think it’s all because she’s very driven and is just that all-around, natural athlete.”

Ingersoll qualified for the AMA Amateur National Championships through a series of regional events in which she ended as one of the 40 fastest riders in the country for her division, girls ages 11-16.

She finished 22nd in her national championship debut in 2018, rose to 14th the next year and finished eighth last summer.

“I learned a lot in the past year, and I really wanted it,” Ingersoll said. “I’ve trained and I knew I’m right up there with the fastest girls. The first couple of years, it was just for fun, and I was happy to be there and be able to race, but I knew I could do well this time and I just wanted it.”

Ingersoll was introduced to the sport by her father, Geoff Ingersoll, who was also a longtime racer and small-engine mechanic who now primarily focuses on preparing and maintaining his kids’ bikes.

Ingersoll trains weekly at The Compound MX Facility with her twin brother, Teajinn, while their parents — Tiffany and Geoff — watch on in support.

Anyssia Ingersoll referred to motocross as “a family thing,” and spoke to the advantages of training and competing alongside her twin brother.

“I think it pushes me and it pushes him too,” Ingersoll said. “I used to be faster than him and it got him thinking, like, it’s not very cool that your sister is faster than you, so he stepped it up.”

Drake added: “I think that brings out a competitive side in them as well, I think moreso with her. Teajinn is competitive too and he’s a very good rider, so when you have the twin siblings there training together and they’re both very good, just like any other sport, when you’re playing against your sibling you always want to beat them, but what’s cool about it is they’re very close and fully support each other.”

The Ingersoll family competes in motocross racing nearly every weekend from April-October, travelling to Michigan, Florida, New Hampshire, and other nearby states to face top competition.

Anyssia is seeking sponsors to help level the playing field against top riders representing factory teams with financial advantages, most of whom also compete throughout the year in a warmer climate.

For Ingersoll, the winter months have instead been devoted to the basketball court, where she is hoping to help Mexico build on its momentum in the upcoming season slated to begin in November.

The Tigers matched their win total from the previous three seasons combined during their unbeaten campaign last year and lost three key seniors to graduation.

“It gave us the opportunity to realize how good we are, and it definitely boosted our confidence,” Ingersoll said of last season. “We lost some of our top players but hopefully it’s something we can keep going.”

Ingersoll has balanced her motocross schedule this summer with open-gym sessions and summer-league games. She used to play travel basketball for the Port City Blue Wave based in Oswego, and now plays varsity girls lacrosse for Mexico in the spring.