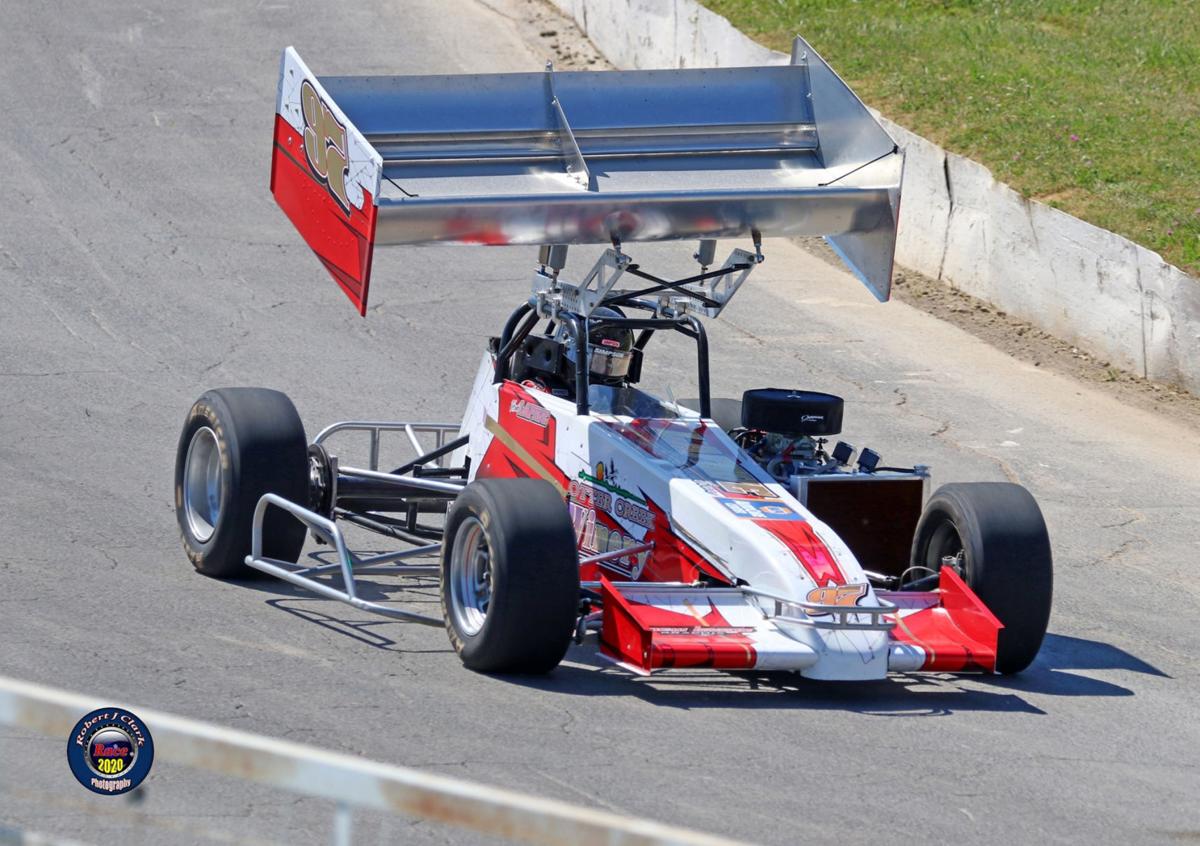 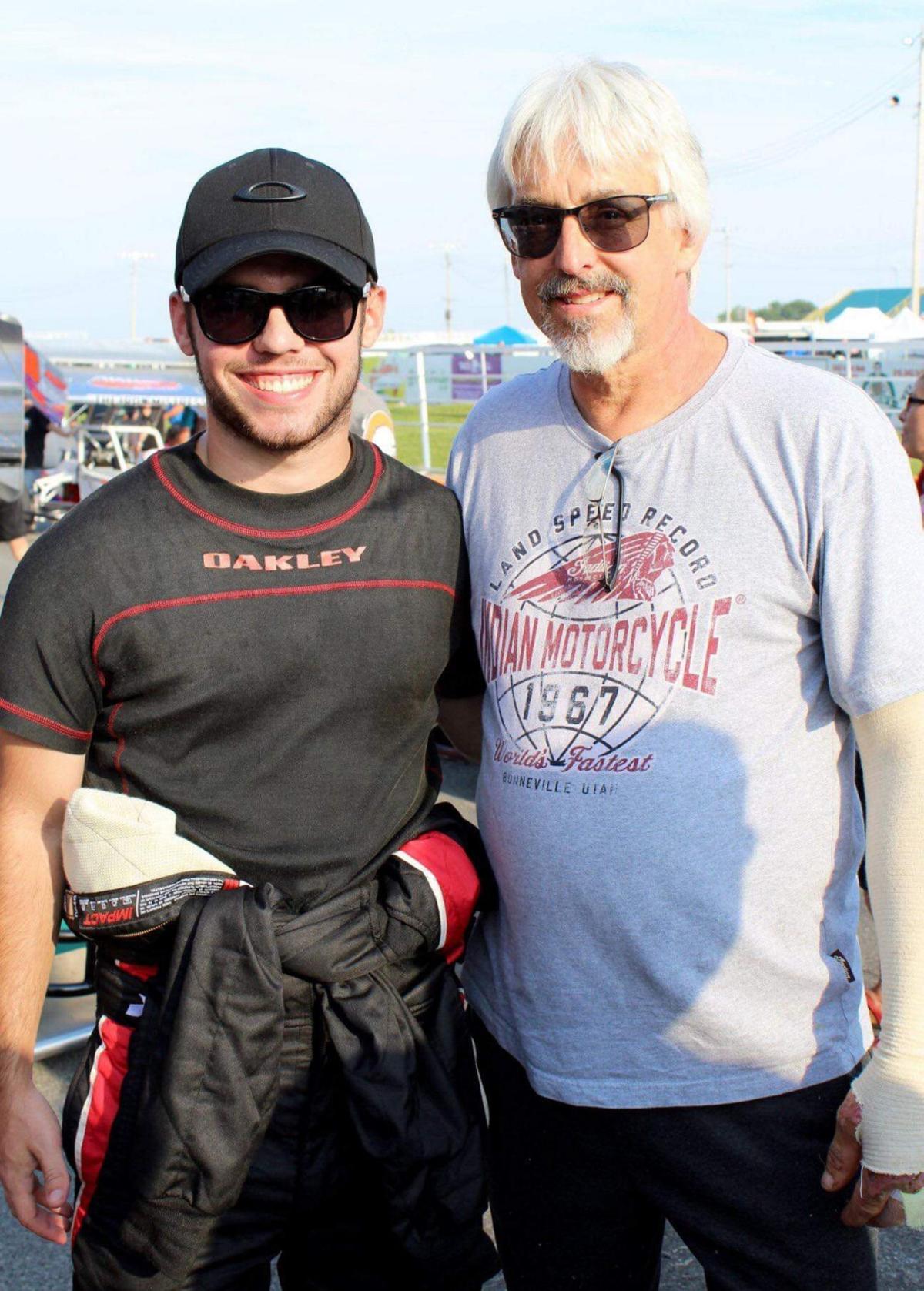 Vern LaFave, right, stands with fellow 350 supermodified driver Camden Proud last July in his first trip back to the track after a fiery crash several week prior. Photo by Dawn Gray 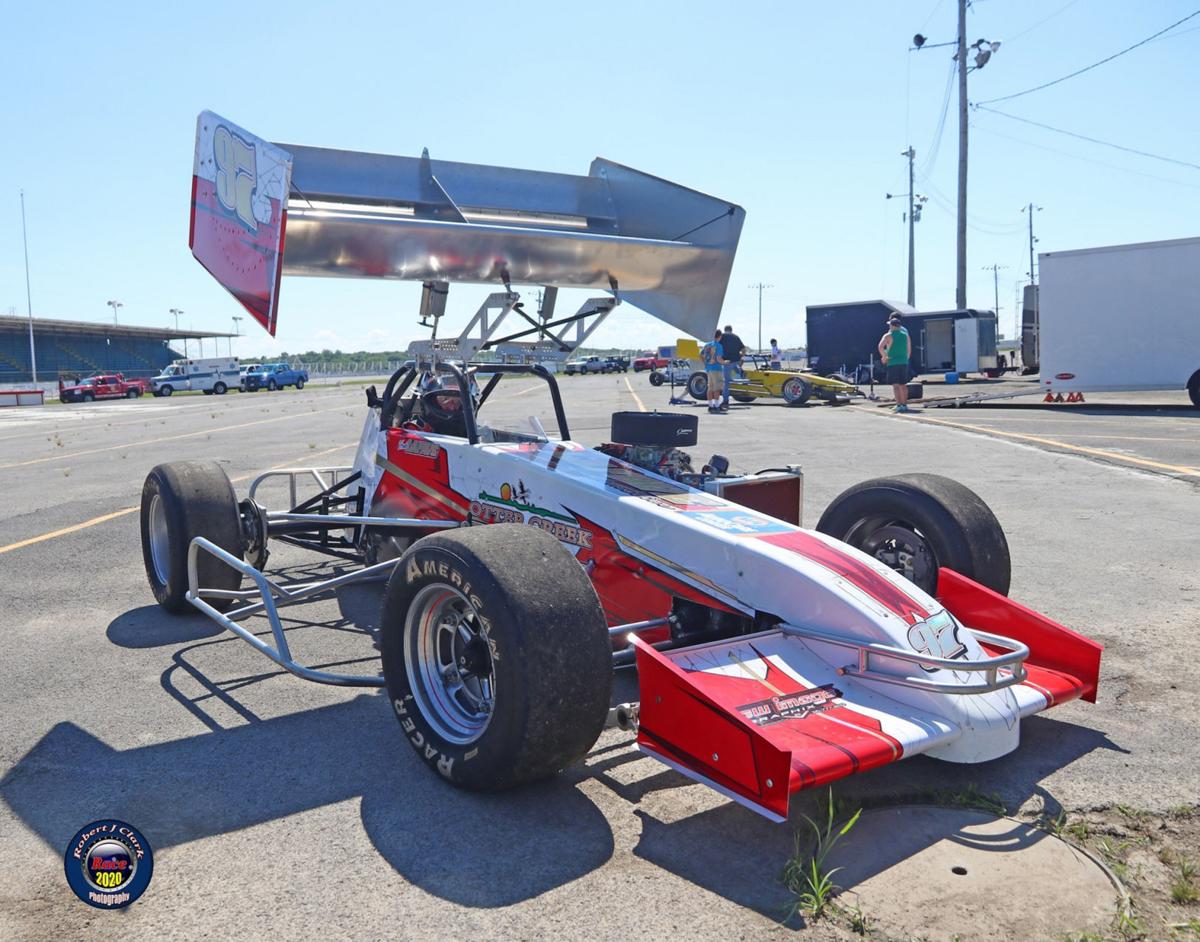 Vern LaFave waits to take the track in his No. 97 350 supermodified during a recent closed test session at Oswego Speedway. Photo by Robert J. Clark Race Photography 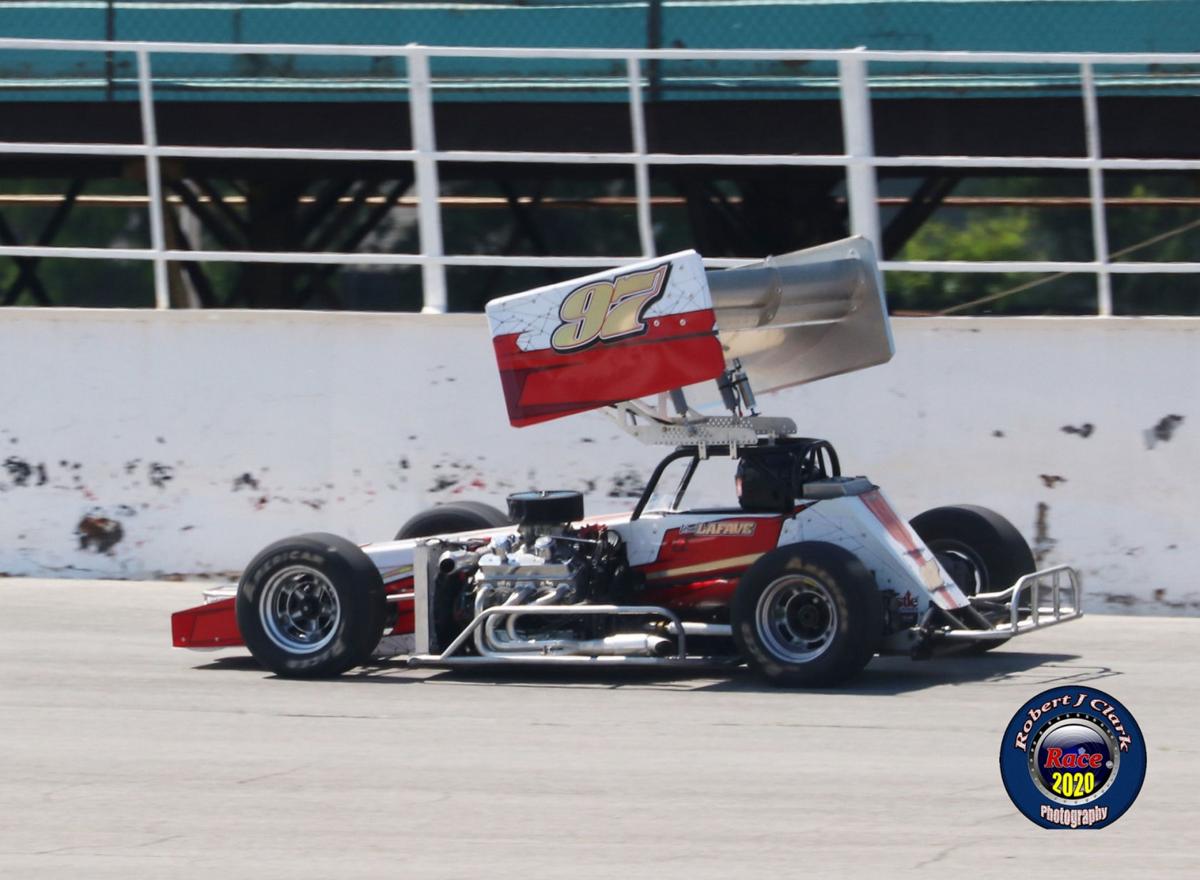 Vern LaFave, right, stands with fellow 350 supermodified driver Camden Proud last July in his first trip back to the track after a fiery crash several week prior. Photo by Dawn Gray

Vern LaFave waits to take the track in his No. 97 350 supermodified during a recent closed test session at Oswego Speedway. Photo by Robert J. Clark Race Photography

As Vern LaFave laid in the hospital a few days after his horrific crash last June at Oswego Speedway, facing an uncertain recovery time from third-degree burns and blurred vision, he started searching the internet for his next supermodified race car.

The 61-year-old Philadelphia native and resident remains hopeful that his long-awaited return to area auto racing can come to fruition if Oswego and Evans Mills Speedway are given the green light to open this season.

LaFave has made a near full recovery from last year’s accident, in which he narrowly escaped his 350 supermodified after his No. 97 car lost steering control, collided head-on with the wall and instantly engulfed in flames. He is now eager to begin his 43rd season on area tracks.

“It probably started the third day I was in the hospital, to be honest with you, that was my biggest concern the whole time is if I could (race again) or if it was even going to be an option,” LaFave said.

“There were a lot of ifs in there, but that week I was in the hospital, I was looking for cars already,” he added. “I didn’t want to end a career like that. If you walk away, you want to be able to walk away, you don’t want to be forced out of it. There was a little bit of doubt whether I was going to recover enough physically to come back, and I thought long and hard if I wanted to do this again, but it’s all I’ve ever done for more than 40 years.”

LaFave took part in a pair of closed test sessions at Oswego Speedway last month with his new No. 97 car, a former big-block modified machine transformed into a 350 supermodified by Michael Muldoon and his crew.

LaFave has also turned laps in recent practice sessions at Evans Mills and Adirondack Speedway, but was happy to overcome the hurdle of returning to the site where he avoided potential tragedy a year earlier.

“Those first couple trips at Oswego into the corner, there was a little uncertainty,” LaFave said. “The biggest thing is that you’ve got to be able to trust your car and know what it’s going to do, and that just takes time with any new car.”

LaFave plans to race as many events as are held at Oswego Speedway and most at Evans Mills this year, though each track is currently on pause due to an executive order by Gov. Andrew Cuomo until Aug. 2.

He is considering outings at Star Speedway and Riverside Speedway, both of which are in New Hampshire, but has yet to race his new 350 supermodified machine beyond solo practice laps.

LaFave spoke to Muldoon about building the new car throughout last summer, soon after the fiery wreck, and the duo struck a deal in the second week of September and began working on the vehicle in earnest.

LaFave then also got back behind the wheel of his big-block modified for the final race of last season at Evans Mills to test himself, wanting to make sure he could follow through on comeback plans before investing the money and time into building the new No. 97 with Muldoon for the upcoming season.

LaFave posted one of the five fastest qualifying laps that night but blew a rear engine early in the feature and opted against rushing to get the car back onto the track, knowing he had accomplished his mission for the race.

“I was pretty confident in myself by the time we were done with that, so we trudged forward,” LaFave said. “We worked all winter on this car. We had it apart 50 times and put back together, then took it apart and back together, took our time, and it’s going to be a good car.”

LaFave escaped last year’s crash at Oswego with third-degree burns on both arms, hands and elbows, and experienced blurred vision as a result. He was off his feet for two weeks and made an emotional return to watch the races at the track soon after his initial recovery last July.

His burns have since fully healed but the skin in those areas is a bit sensitive, LaFave said, and his vision difficulties have mostly subsided in recent months.

LaFave endured three months of physical therapy and visited multiple specialists for vision issues believed to be caused by nerve damage in the back of his brain from the impact of his collision into the wall.

“It’s really good right now,” LaFave said. “I have little issues at times when I’m reading and things like that now, but my vision is good. It took me about a year. I thought I would be ready by (last year’s) Bud Classic (at Oswego Speedway) but I wasn’t even close.”

LaFave praised the diligent work of the safety crew at Oswego Speedway for being on the spot and ready to act as soon as he exited his car during the wreck. He also credited the ensuing fan support as one of the driving forces behind his recovery and motivation to get back.

“I wouldn’t even be where I am if it wasn’t for the Oswego safety crew,” LaFave said. “I would have never made it out of that, thanks to that and all the fan support that I’ve had over the last year, that’s what kept me going. That’s why we do what we do.”

Oswego Speedway Hall of Fame racer Joe Gosek was one of the many drivers lined up along the infield waiting for the next race during LaFave’s crash last year.

Gosek has escaped multiple alarming wrecks throughout his career — as recently as 2018 when a collision with the wall at Oswego sent him to the hospital for bruised ribs — and has at times faced a similar decision-making process that LaFave went through last summer.

“Racing is funny, you do it and you don’t think of the dangers or you probably wouldn’t be worth a damn at it,” Gosek said. “Something like that would have to make you think twice, but racing gets in your blood and I guess like any other sport, when you’re really pushed to succeed you don’t want to give it up.”

LaFave, who owns and operates LaFave Auto Sales in Philadelphia, started racing Supermodifieds at Oswego in the late 1990s after more than two decades of racing DIRTCar modifieds and various other models.

He is unsure of how long he plans to continue in the sport and said that he is aiming to win his first feature at Oswego Speedway before calling it a career.

“I’m running out of time, right now it’s going to be a year-to-year deal,” LaFave said. “If everything goes good and I feel good next spring, we’ll probably run again, but I realize my age is coming on to me. I’m older than most of these kids’ fathers. I’m running against these kids that have a lot of endurance, but I have a lot of experience and we have a good car, so I’m ready.”