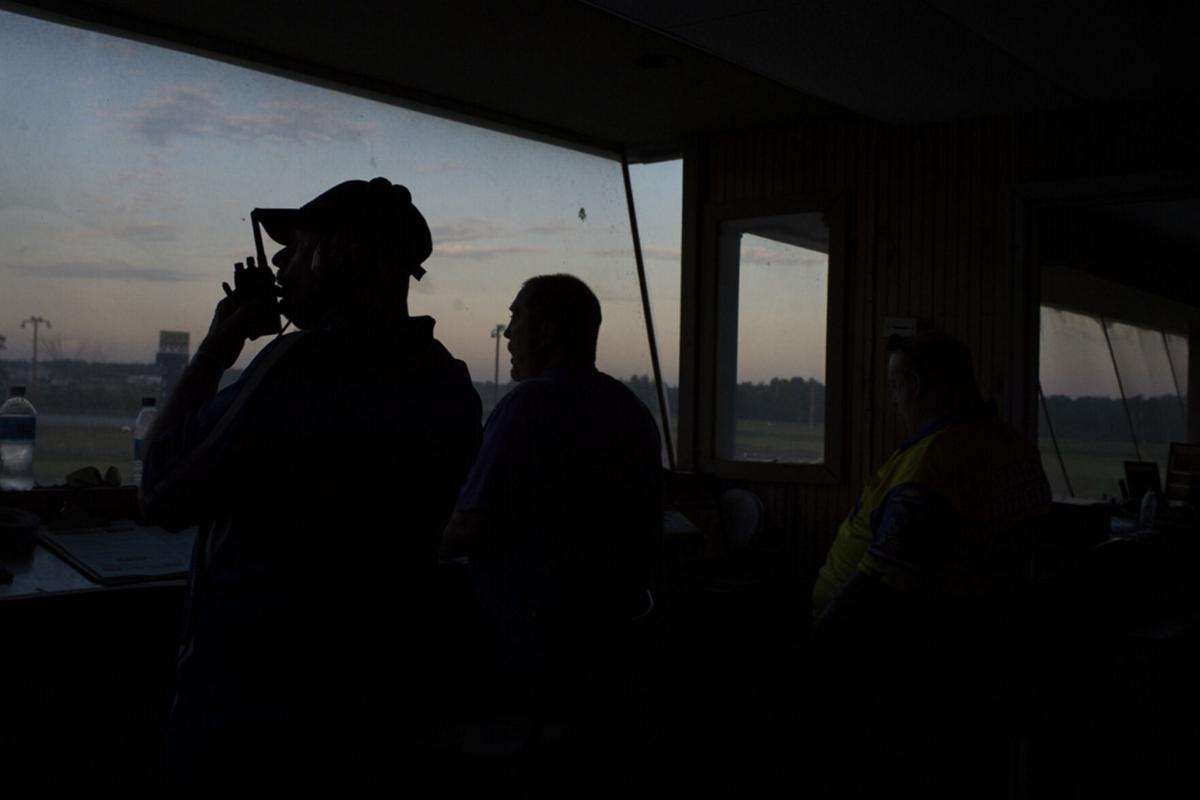 Announcers call the race from the press box during Can-Am Speedway’s first race of the season June 7. Watertown Daily Times

Cars line up to race at Oswego Speedway during the 2019 season. Dawn Gray photo provided.

Announcers call the race from the press box during Can-Am Speedway’s first race of the season June 7. Watertown Daily Times

Cars line up to race at Oswego Speedway during the 2019 season. Dawn Gray photo provided.

LAFARGEVILLE — Can-Am Speedway announced Wednesday the removal of the ESS Sprints class from its Aug. 7 show, citing its continued inability to permit spectators at the track due to Gov. Andrew Cuomo’s most recent extension of the state executive order on public gatherings.

Can-Am said on its Facebook page that the ESS race and the annual Ron White Memorial program have been removed from the Aug. 7 schedule. The memorial race has been postponed until a date when spectators can be admitted.

“Without fans we just can’t absorb the cost of the ESS purse,” Can-Am owner Tyler Barlett said in a statement. “Hopefully the restrictions will be lifted and the (ESS) sprinters can return for our final weekend in September.”

Can-Am said the Thunder Stocks class will continue to race in the regular Friday night program.

The extension of the state order prevents spectators at race tracks through Aug. 20.

Can-Am has continued to hold races without fans since its only race with fans at the track on July 1. The track, which received warnings from the county and state after hosting fans, began its season two months late due to the coronavirus pandemic, hosting its first race without fans on June 7.

Other area tracks have not run races this season with the state order in effect. Oswego Speedway on Tuesday announced the cancellation of its races for Aug. 1, 8 and 15 due to the extension of the order.

The TEAL Palace Track Championship at Oswego Speedway scheduled for Aug. 22 remains on as scheduled and track management is hopeful that it can host the 64th annual Budweiser International Classic Weekend from Sept. 4-6 with fans in attendance as it works with elected officials.

Can-Am continues to offer a pay-per-view livestream of its Friday races through the Dirt Track Digest website.