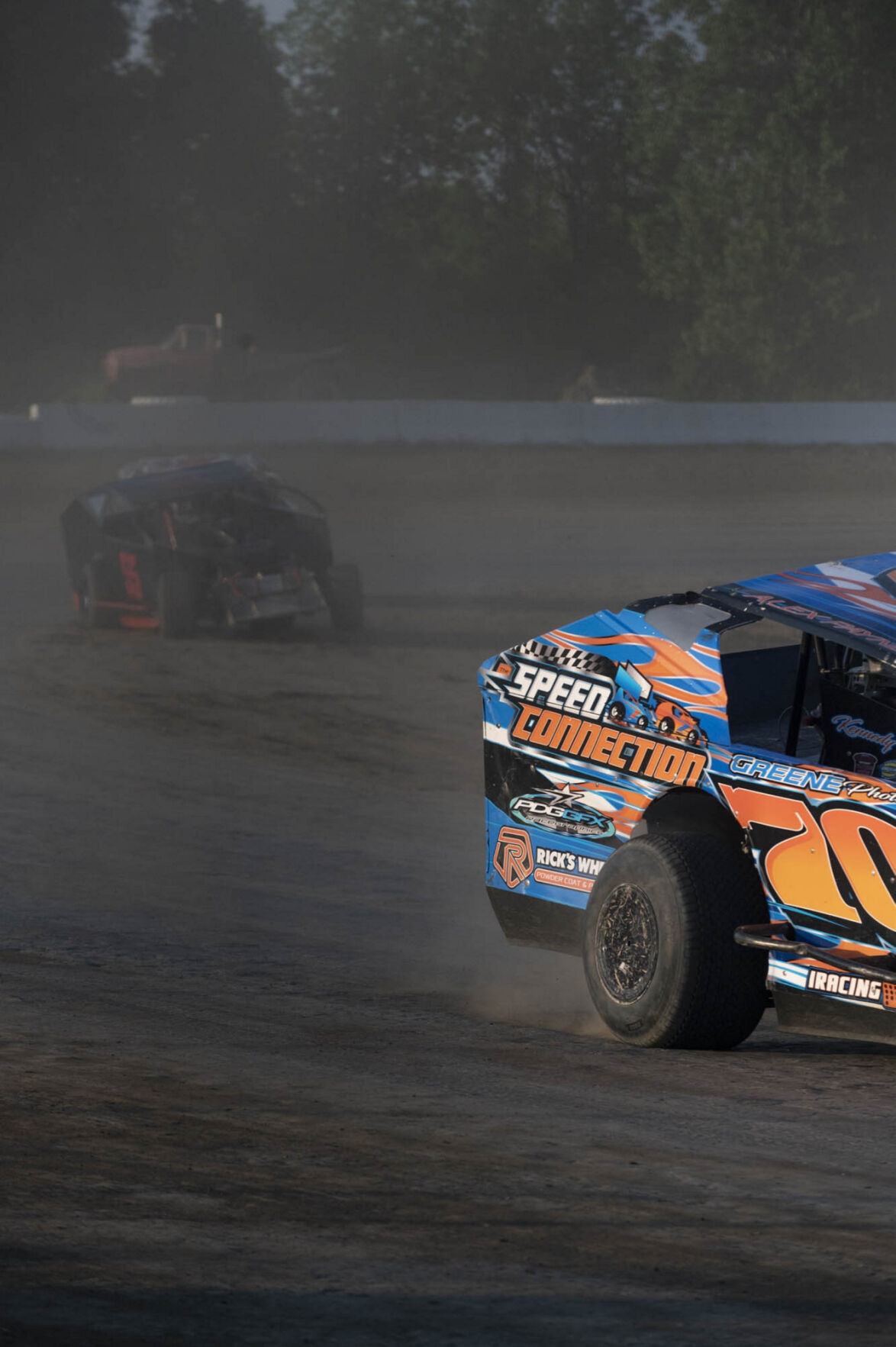 Drivers race at Can-Am earlier this season. The track is extending its season with races at the end of the month and in October after the coronavirus pandemic delayed its season start until June. Watertown Daily Times 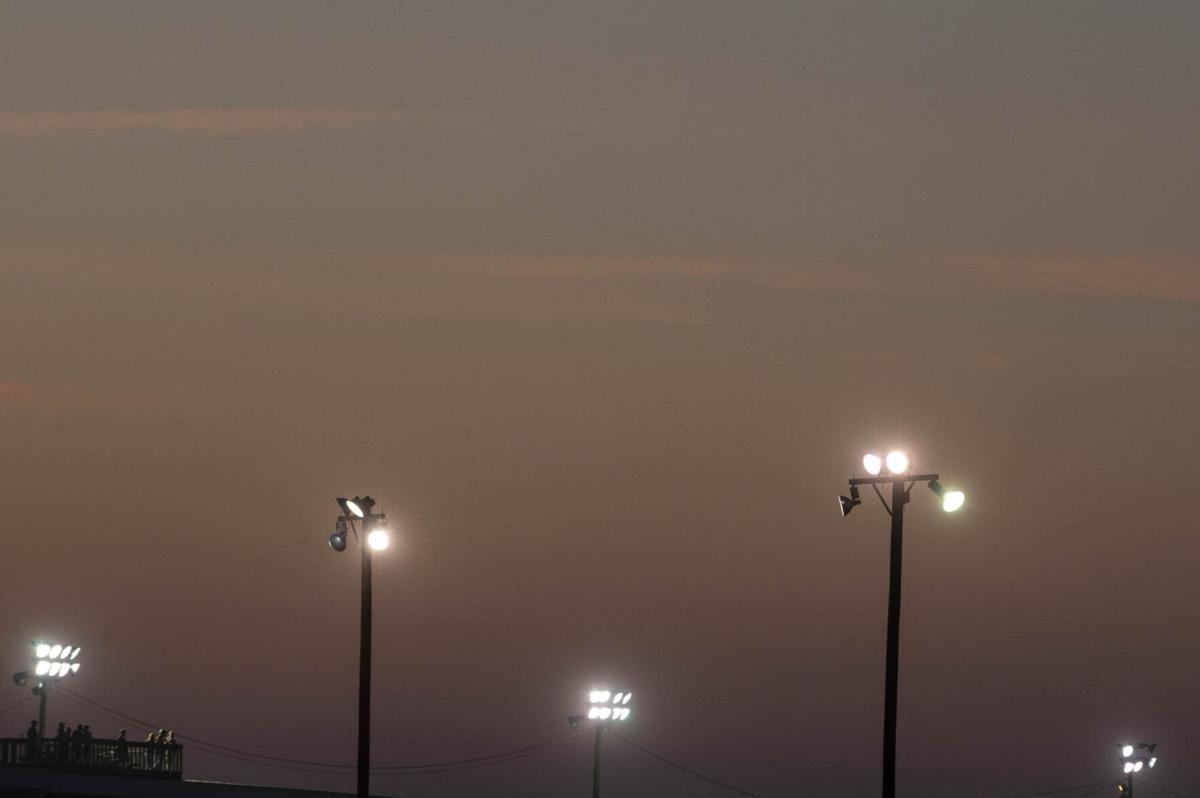 The lights will be on for races at Can-Am on Sept. 26 and Oct. 9. The Oct. 9 race is part of the DIRTCar OktoberFAST series that will bring big block racers to various upstate tracks after Super DIRT Week was canceled this season. Watertown Daily Times

Drivers race at Can-Am earlier this season. The track is extending its season with races at the end of the month and in October after the coronavirus pandemic delayed its season start until June. Watertown Daily Times

The lights will be on for races at Can-Am on Sept. 26 and Oct. 9. The Oct. 9 race is part of the DIRTCar OktoberFAST series that will bring big block racers to various upstate tracks after Super DIRT Week was canceled this season. Watertown Daily Times

The engines at Can-Am Speedway are usually winding down at this time of year. But the track will extend its season into the fall.

The LaFargeville-based track announced on Facebook that it will host events on Sept. 26 and Oct. 9, with more information to be revealed Monday. The speedway said in previous weeks that it would consider adding dates to their 2020 racing calendar, which was delayed until June due to the coronavirus pandemic.

The Oct. 9 show will part of this year’s DIRTcar OktoberFAST that will feature six New York race tracks in six days from Oct. 6-11. The event comes on the heels of the annual SuperDIRT Week at Oswego Speedway being canceled. Albany-Saratoga Speedway will host the first race and the week will wrap up at Weedsport Speedway on Oct. 11 with a 75-lap feature. Stops also include Utica-Rome Speedway, Fulton Speedway and Land of Legends Raceway in Canandaigua.

“We want to keep the teams close to home by celebrating at our home tracks,” said DIRTcar CEO Brian Carter in a press release. “We’re putting it all on the line, investing the 2020 Series’ point funds into prize money over the course of a single week so we can put 2020 behind us with a bang.”

Seeing the big-block modifieds return to the north country is a welcome sight after the SuperDIRT car series had to cancel the April 11 “Thunder in the Thousand Islands” event at Can-Am due to the coronavirus. It was slated to be the first points race of the 2020 SuperDIRTcar series. Fans won’t be able to attend the Oct. 9 show, but the circuit will figure out how to allow for expanded digital fan interaction.

No champion of the week-long event will be crowned, but there will be more than $300,000 in prize money up for grabs. Racing will be in the four DIRTcar Northeast Series of big-block modified, 358-modified and sportsman divisions. The main event will be the 60-lap feature in the big-block modified division with the winner getting $7,5000.

“Big Block drivers are eager to challenge the reworked LaFargville track,” the press release on the SuperDIRTcar website said. “Added banking in turns one and two has created another lane of action at Can-Am, thanks to the investments by the Bartlett family.”

All races will be broadcast on the DIRTvision.com web site, which is helping to co-sponsor the event. A monthly subscription to the site runs at $39 to have access to the races. More announcements about the OktoberFAST will come via the SuperDIRT Week web site and social media pages.

The current COVID-19 pandemic has forced the track to adapt to numerous changes as they weren’t allowed to include fans for the first three races of the season. Fans were in attendance on July 1 for the annual Pabst Shootout, but continued attendance was nixed after the track received a warning letter from the state. Can-Am races that followed have been available on the Dirt Track Digest TV website for $22.99.

The track recently hosted the second John Burr Memorial Race on Friday that was originally slated to run at Evans Mills Raceway Park. However, the current pandemic forced the card to be moved to Can-Am. The race honored the former announcer, who died in 2019. Burr narrated races at tracks around northern and central New York, including at Adirondack, Can-Am, and Evans Mills.

The event was one of the better-attended ones of the season as 152 cars raced across the six divisions.