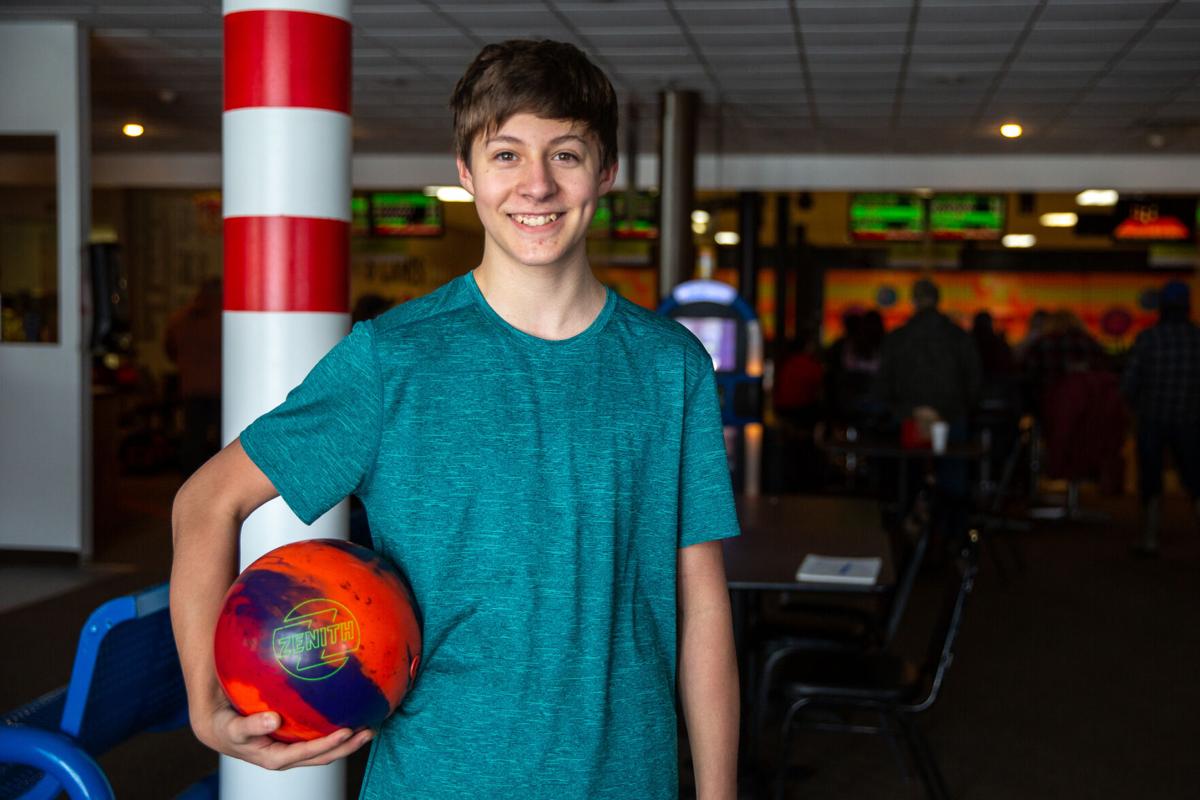 Ethan Crouse, who shot a 785 series last month, has dreams of competing in bowling at a collegiate level. Kara Dry/Watertown Daily Times 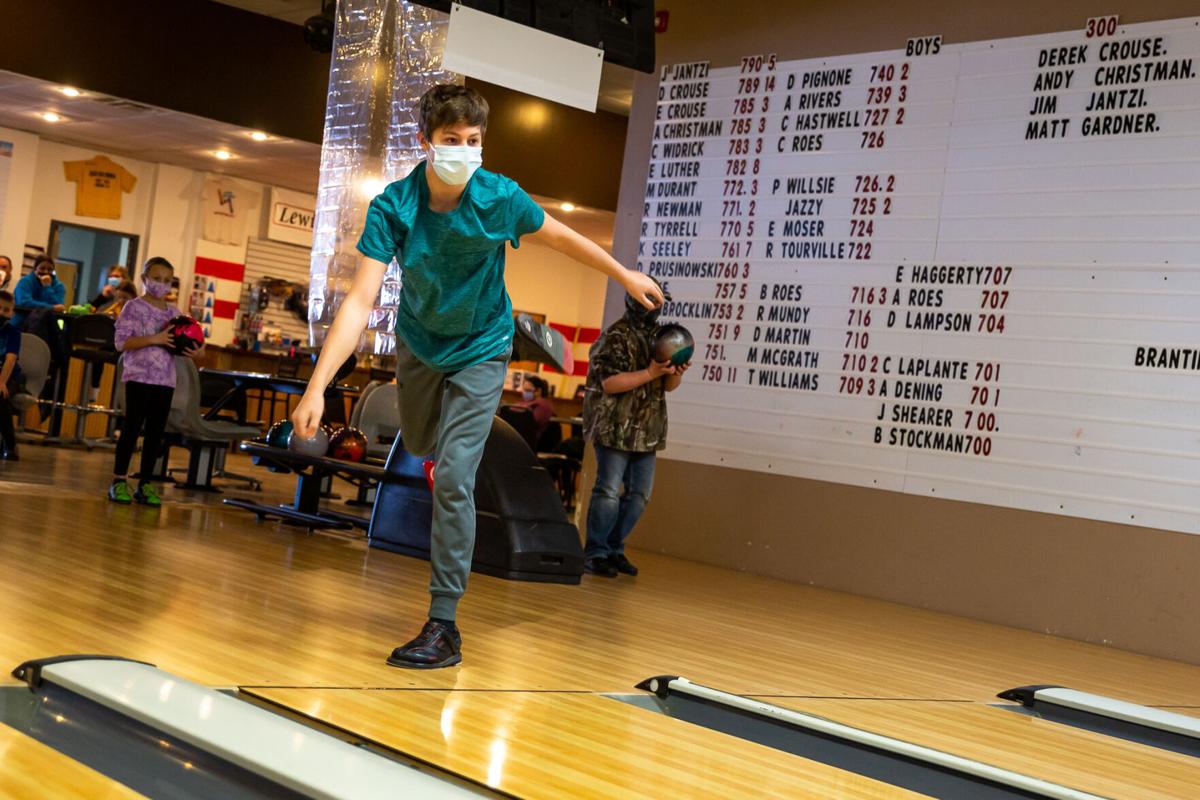 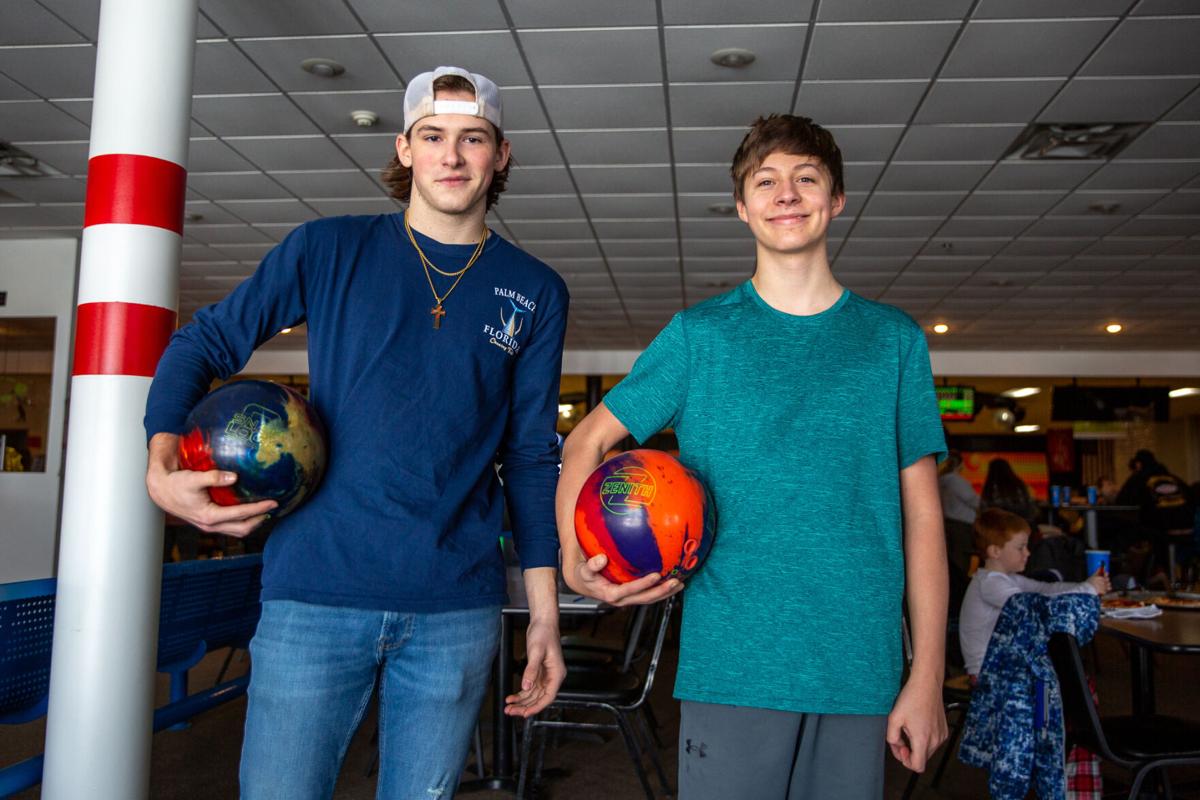 Ethan Crouse, who shot a 785 series last month, has dreams of competing in bowling at a collegiate level. Kara Dry/Watertown Daily Times

LOWVILLE — Ethan Crouse has spent his entire life surrounded by the sport of bowling and he’s hoping that it will build his future.

The 14-year-old Beaver River student has been slowing adding to his United States Bowling Congress resume over the years and is looking to select the college of his choice. Crouse has been bowling since he was 7 years old and has been making noise the last few seasons with scores that compare with those of top bowlers in the area more than twice his age.

“I just look for how the ball is carrying and if I got good action, I’m in for a good game,” Crouse said about his success at a young age.

Crouse has rolled many 700 series, including a 785 in early February, and competed at national events in Dallas in 2019. He was slated to take part in the 2020 Junior Gold Championships last July in Las Vegas, but that event was canceled due to the COVID-19 pandemic. This year’s event is slated to take place this July in Indianapolis.

Crouse realizes that he won’t bowl strikes all the time, but he has been working hard to pick up every possible pin.

“Picking up spares is very important,” Crouse said. “When you go and play in these tournaments and you can’t strike (them) all, it’s very important to get them.”

The Crouse family operates the Lewis Lanes bowling alley on Route 26 in Lowville and Ethan was immersed in the sport at an early age. His grandmother, Wendy Mahoney, said Crouse practically graduated from cradle to the alleys.

Crouse’s main goal is to become a collegiate bowler at the NCAA Division I level. He has been building up his savings account to make that dream possible through his performance in tournaments. The earnings from performances will build up that account and the total will be given to him after graduating high school. Some of the payouts caught Mahoney’s attention when she attended tournaments with her grandson.

Crouse bowls up to 14 games a day in an effort to improve his game and get him on track for a collegiate career.

“Ethan has worked very hard to build his endurance and stamina,” Mahoney said.

Crouse has been working on a two-handed bowling technique to get the ball down the lane with more accuracy. One-handed bowling is the traditional method of inserting the thumb of the dominant hand into the largest hole on a traditional three-hole ball, then place the middle and ring fingers in the two adjacent holes.

Two-handed bowlers place the dominant hand under the ball and the other hand on top, bring the ball behind the body and then take the less dominant hand off the ball just before release. Crouse also twists himself in his motion to create torque and add more power to his shots. He tried the more traditional method and did pretty well with it, but decided it wasn’t what he needed.

“I just didn’t like it and I can put more power on the ball with a two-handed delivery,” Crouse said.

There’s hope that Crouse’s success will encourage more youth bowlers in the area to enter local tournaments. Saturday’s Lewis Lanes league is filled with younger bowlers hoping to follow Crouse, who enjoys the league, but treats it as a work session.

“I just try to bowl the best I can, but I still have fun.” Crouse said.