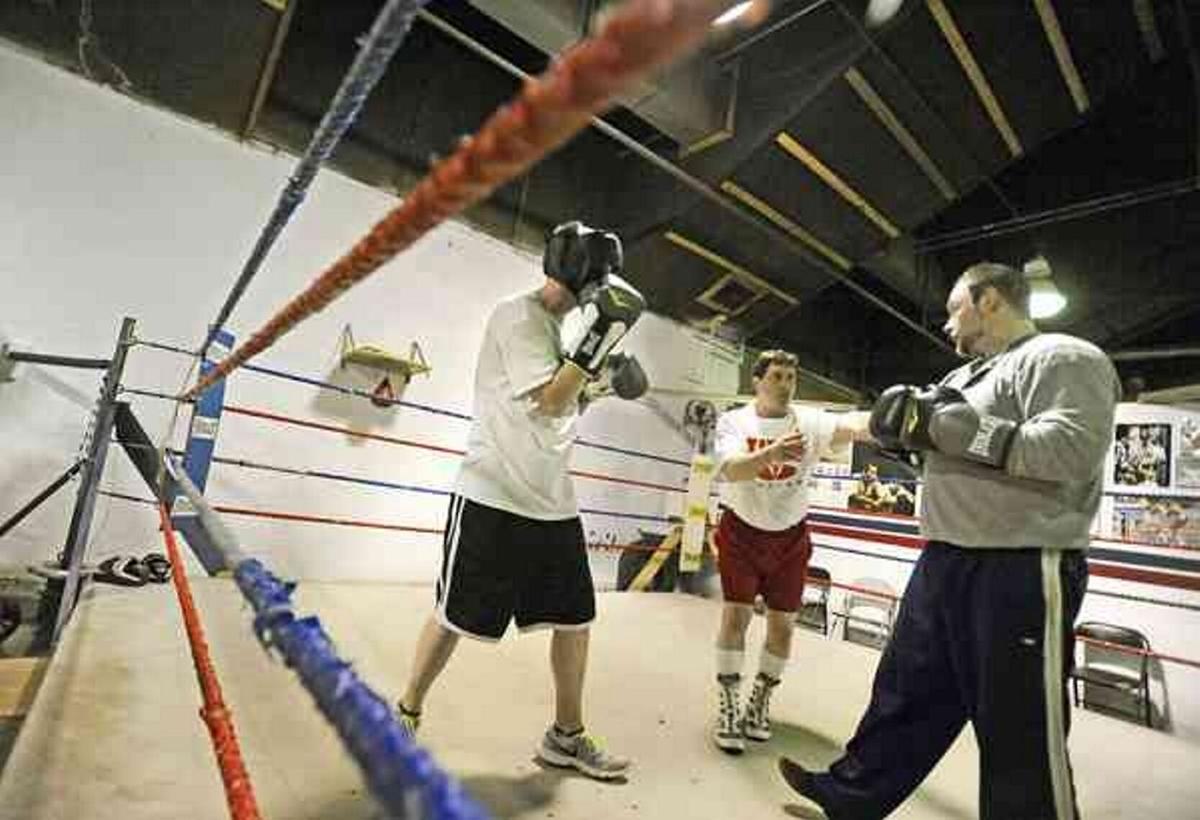 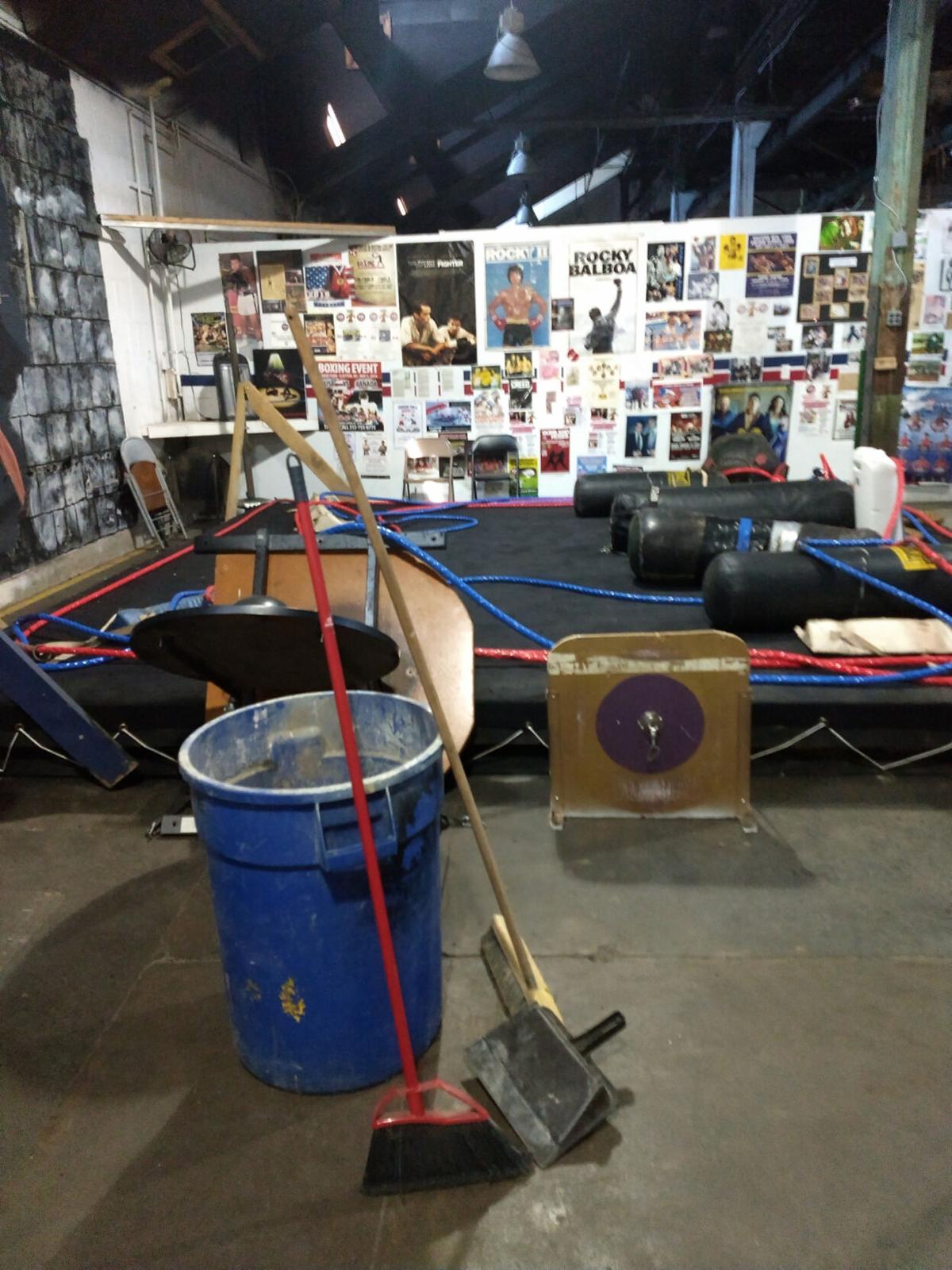 A look at boxing rings being taken down at the Starbuck Gymnasium in Watertown. Johnny Pepe photo

A look at boxing rings being taken down at the Starbuck Gymnasium in Watertown. Johnny Pepe photo

The Watertown Area Boxing Club is hoping it can get up off the mat after being dealt a crushing blow.

The club announced that its gym at 759 Starbuck Ave. will close after six years due to the COVID-19 pandemic. Gyms are slowly being allowed to reopen, but regulations by New York Gov. Andrew Cuomo have made it impossible for the WABC gym to reopen. Club president Johnny Pepe is sad to see his group leave the historic arena.

”This really hurts not being able to stay here with all the history,” said Pepe, who started the club in 2005.

The Starbuck Arena has a rich lineage as the legendary Sugar Ray Robinson, who was considered one of the best pound-for-pound fighters in the sport’s history, trained there. Robinson, who received his “Sugar Ray” nickname from former Watertown Daily Times sports editor Jack Case, trained in Watertown at the Starbuck Arena in 1937. The building has memorabilia from Robinson and Carmen Basilio, who has a fight night hosted by the club that traditionally takes place in the fall.

“There’s (a) huge mural of Sugar Ray Robinson on the wall to let people know the history of the building,” Pepe said. “We have clippings on the wall about his old fights I got from the library.”

State officials said they are most worried about air circulation in such a large space. The building may not be able to get rid of particles and possible germs that can cycle through the air.

“They have concerns about the air and filtration system,” Pepe said. “The building is so big, so it (the systems) wouldn’t work.”

Pepe said that the state has been vague about regulations on how to reopen safely. He’s been trying to work with the state, Department of Health and USA Boxing on how to operate within the rules. He said he would have no problem following any guidelines that he’s given. However, he feels there’s been miscommunication during the process.

“We wouldn’t be able to spar and we’d just only be able to do drills,” Pepe said. “I think there’s a disconnect from what the state and USA Boxing wanted for gyms.”

Pepe had many fighters text, call and email him about when they could return the gym, but the club posted a Facebook message Monday letting everyone know of the gym’s fate.

But he let boxers know what happened Sunday. A few of his fighters were at the gym Monday night, processing the situation.

“I’m just trying to let it all sink in,” said Tristan Smithers, a Watertown native who had been boxing at the club for more than a year. “I miss all the people and the experience of being here.”

The club had trained at the J.B. Wise Place from 2006 until January 2015, when it was forced to vacate due to a renovation project in that building. Veteran members Jon Jones of Watertown and Josh MacGregor trained at both locations and loved their time at each gym.

“The place has an old-school feel to it,” said Jones, who’s trained with the club for about 11 years. “I liked both places.”

MacGregor, who has been fighting off-and-on with the club the past 12 years, added, “It’s a place where you learn to be humble. You learn to come out of your shell.”

Boxing across the state has been dealt a heavy blow and many gyms are closing down due to being shuttered since the start of the outbreak in March. Only a handful of gyms in the boxing-rich areas like New York City have survived the pandemic throughout the state.

“I know other guys that are having issues (staying afloat),” Pepe said. “It’s hard being a not-for-profit and relying on donations.”

He added that they can only have events if no fans are present, which means the club would lose money. Pepe thanked all of the fans and sponsors that have supported the club over the years. He’s hoping the community can help him find a new location that can follow guidelines. He also thanked building owners Mike and Cathy Mitchell for letting them have practice space.

Pepe said it’s early to think about a new location, but he and his boxers are hopeful. He told his fighters that there are plenty of boxing lessons to be learned in and out of the ring.

“I’ve come here since I was 14 and I’ve come here to take out my frustrations,” MacGregor said. “It (training at the gym) helps you keep your calm in different situations.”

Fighters can come by the club and pick up any of their items throughout the week. Pepe said that he would be there the entire week packing up equipment and posters.