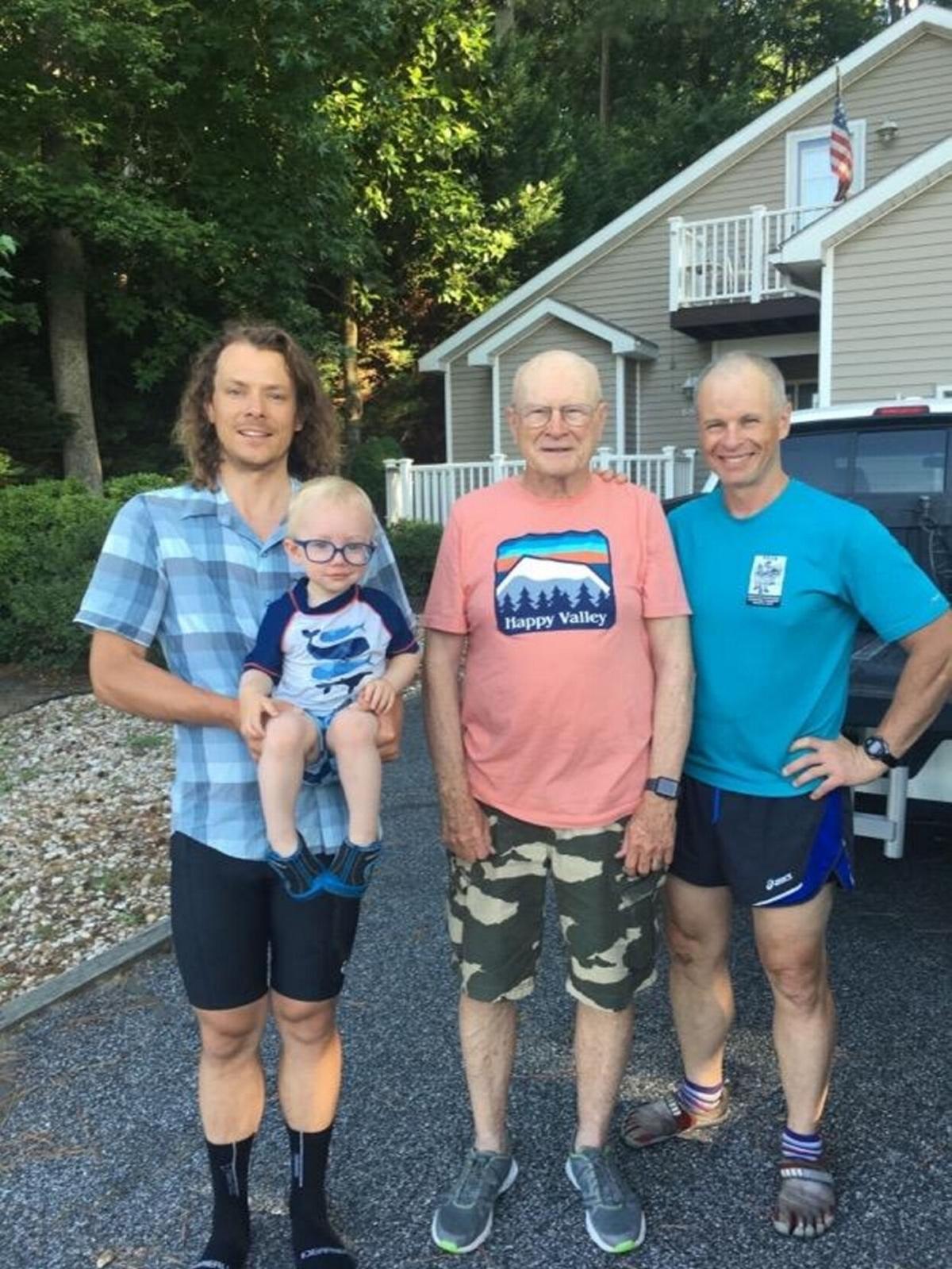 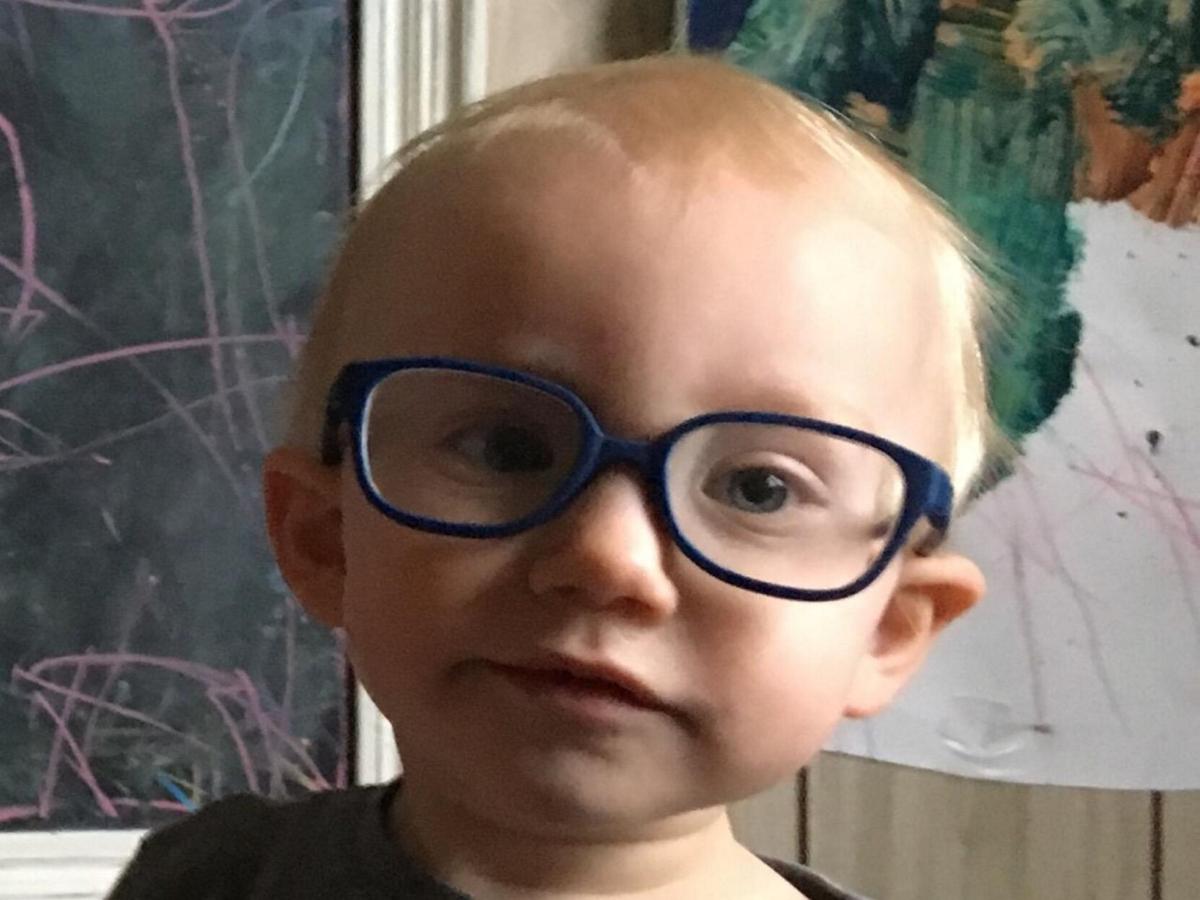 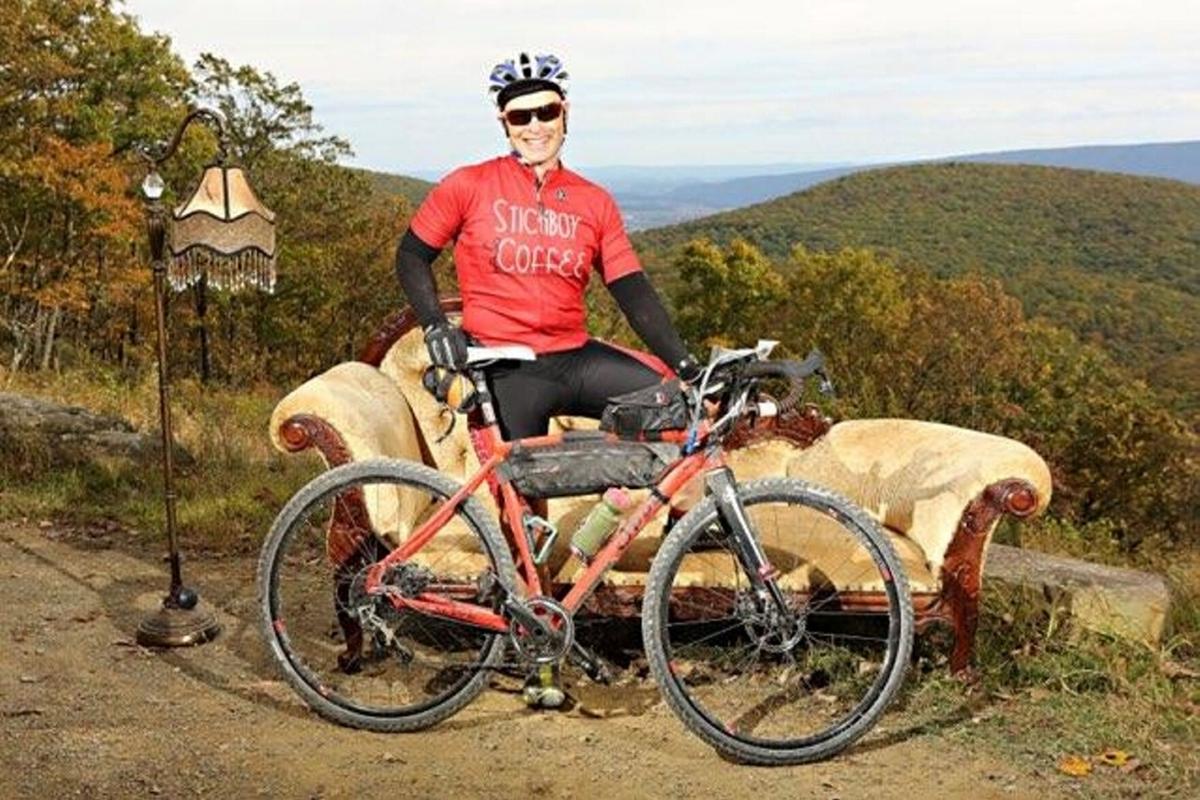 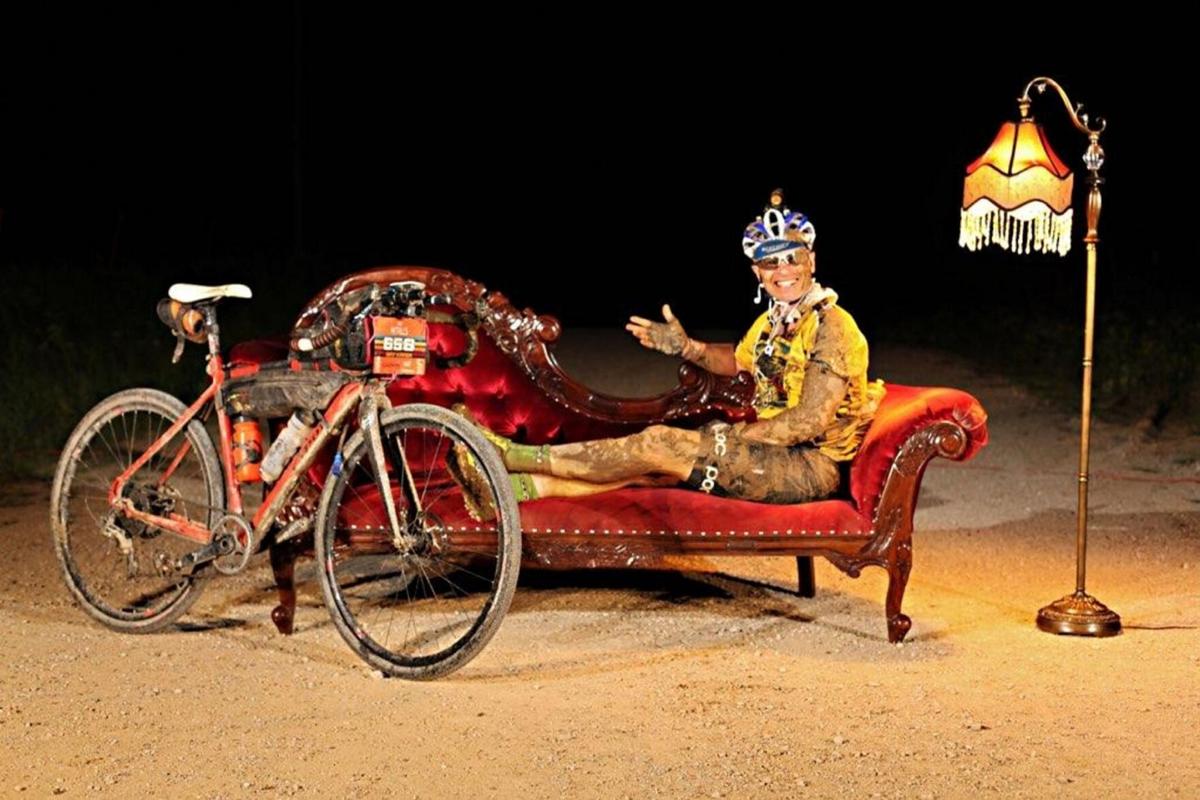 LACONA — The upcoming 24-hour cycling ride planned by Patrick McFalls will not be the first such event for the 61-year-old ultra-endurance athlete, but the Pennellville resident will be powered by newfound motivation as he treks through Winona Forest.

McFalls will bike for 24 straight hours beginning at 10 a.m. on Aug. 22 on a 14.5-mile course with more than 1,000 feet of elevation gain per lap that he mapped through various intersecting trails at Lacona’s Winona Forest State Park near Sandy Creek.

He is doing so to raise funds for his two-year-old grandson, Soren, who was diagnosed with Acute Lymphoblastic Leukemia (ALL) in early June and is facing a financially burdensome recovery for the family.

Soren is the son of two Phoenix-John C. Birdlebough High School graduates — Shane and Allie McFalls — who now reside in Newfane, Vt. Patrick McFalls is aiming to complete around 150 miles during the marathon ride and is accepting donations via pledges per mile at https://pledgeit.org/cycleforsoren.

“There’s building pressure in terms of getting in the miles, a lot of anxiety on my part, but I’m sure that when I have those moments where I question what am I doing and why am I doing this, that will be an easy answer,” Patrick McFalls said.

Soren is likely facing two years of chemotherapy treatments and the family frequently travels about 90 minutes to the medical center at Dartmouth for appointments.

Allie McFalls resigned from her position as a preschool daycare director soon after the diagnosis to care for and protect the safety of her immunocompromised son.

“It’s been a financial pull on them, not to mention an emotional stress on so many different levels,” Patrick McFalls said. “On top of that, complicating things has been the circumstances of the pandemic.”

The family established a GoFundMe page that had raised more than $74,000 toward its $200,000 goal entering the week and remains active. Various businesses in and around Newfane, Vt., donated to an online auction that raised more than $6,000 for the cause in July.

Patrick McFalls’ marathon ride is the latest step in fundraising efforts to help the family with medical and travelling expenses.

“For my brother and sister-in-law, it has genuinely meant the world to them,” said Kelsey McFalls, Patrick’s daughter and an aunt to Soren who has helped organize fundraising efforts. “This is a really isolated time, this isn’t a diagnosis you would want to ever get, but it’s further compounded by what is happening in the world, so I think for them all the support, and it has been continuous with the phone calls and outreach, it has been immense and I think really has made a lot of difference as they adjust.”

Patrick McFalls — a native of Baldwinsville — started his endurance career by running marathons and gradually progressing to triathlons and Ironman races before a knee injury shifted his focus to mountain-biking.

He has competed in five Ironman events, endured a 100-mile road-race run in Vermont, and multiple 24-hour cycling races in recent years. Patrick McFalls said that a conversation with his father, John, and a follow-up chat with his daughter, Kelsey, resulted in the idea for the 24-hour ride.

“I tend to be an endurance junkie,” Patrick McFalls said. “I thrive on pain and punishment, so when we thought of this one, it’s like: ‘OK, this will fit the bill and it’s an amazing cause.’”

Patrick McFalls is also an avid cross-country skier and helps to groom trails for Winona Forest in the winter, while playing a key role in organizing the park’s IditaFat and SnowFatShu races.

McFalls is aiming to complete around 150 total miles to reach his monetary goals for the endeavor and plans to switch bikes midway through the day to get better traction and take stress off his body as it begins to fatigue.

He will be accompanied by a crew of family and supporters at the rest stop for much of his ride and will take a short break every few hours, likely at the completion of each lap, to rehydrate and regroup. McFalls said that a limited number of bystanders are also welcome at the CCC Camp and can take a lap during the ride but must adhere to physical distancing and wear masks.

McFalls has been training at his familiar surroundings since the idea was formulated.

“I have some idea of what this is going to be like, it’s always different,” Patrick McFalls said. “I was up there last weekend to get some laps in at around 2 in the morning, just getting to know all the routes and the rocks on the course that I set out.”

Shane McFalls — Patrick’s son and the father to Soren — has been creating artwork inspired by Soren’s fight and designed a jersey for the event that Patrick will wear during his ride. The family is asking those who pledge to guess on the number of miles Patrick will complete, and anyone that estimates correctly will receive the jersey to their size.

“There is a wonderful community around Winona Forest between the athletes that work up there and the athletes that enjoy the trails,” Kelsey McFalls said. “They’ve been a wonderful resource in helping us get the word out and people are getting a kick out of guessing how many miles he’ll actually get to in that 24 hours.”

Biking is one of Soren’s favorite activities, according to his grandfather and aunt. His father, Shane, has attached a seat to a mountain bike for his son to join on rides.

Soren, who is nicknamed ‘spunky,’ by his mom, also enjoys playing with the family Maine Coon cat and is “obsessed,” with tools, often asking his grandfather to show him the lawn mower on Facetime.

“He’s a very classic two-year-old boy right now, anything that has a motor or is mechanical to any extent, he just loves it,” Kelsey McFalls said. “He will just stand in the garage and stare because he loves being around tools.”

The 24-hour ride is being sponsored by Fast Eddie’s Bicycles and Repairs shop in Oswego and Stickboy Coffee in Pennellville. Anyone interested in making a monetary donation can visit https://www.gofundme.com/f/help-soren-become-a-cancer-survivor.