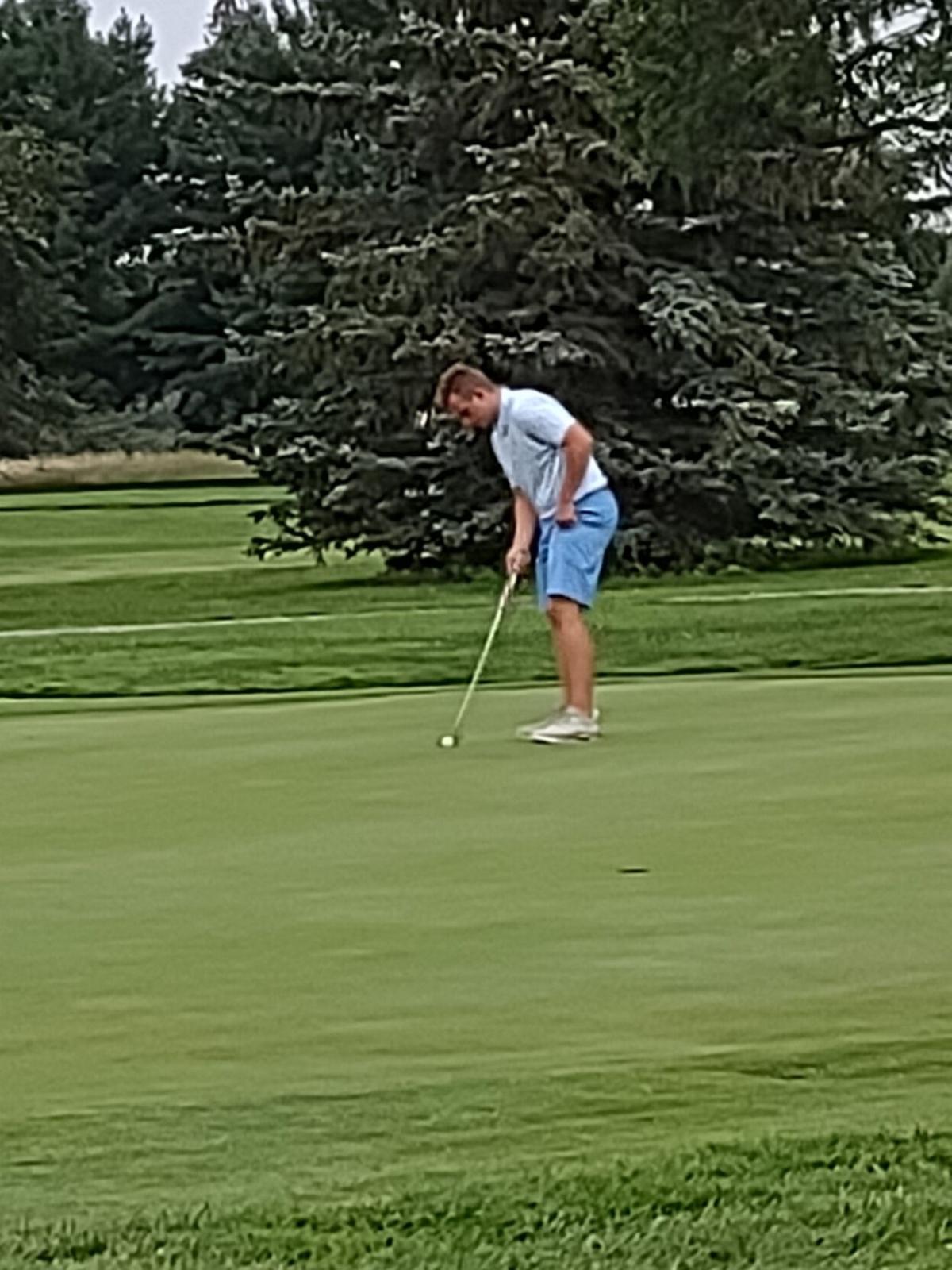 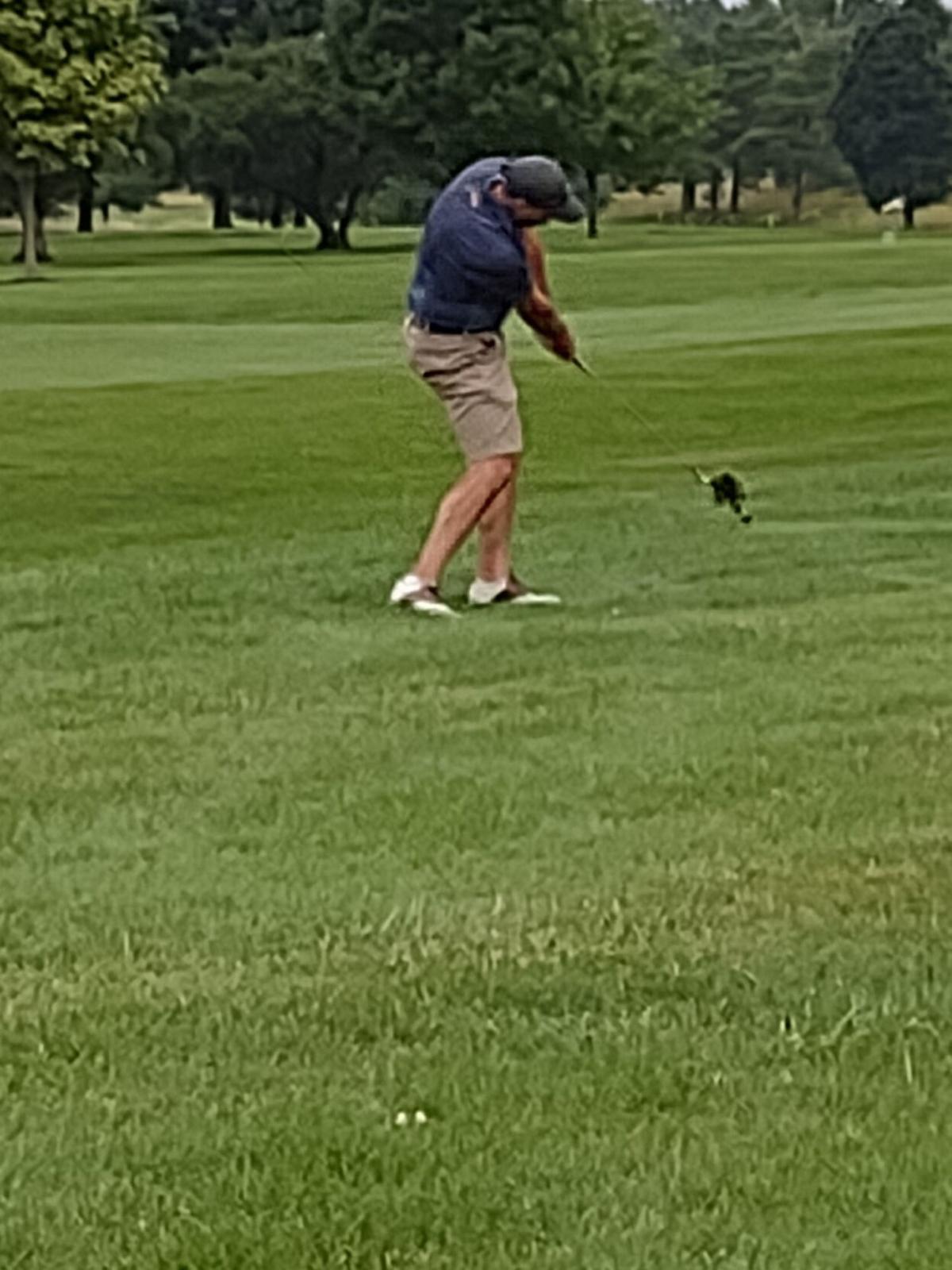 WATERTOWN — There will be a new face in the quest to be the next Watertown City Golf champion.

Second-seeded Matt Barton outlasted a late charge from No. 3 seed and former champion Adam Brown to win 1-up in the City Golf semifinals Saturday at the Watertown Golf Club.

He’ll be joined by ninth-seeded Brandon Mothersell, who rallied past No. 12 Jacob Hess, 2 and 1, to set up the 36-hole championship match at 8:30 this morning.

“I’m very surprised, but I played well enough to get here and I’m happy to get this experience,” Barton said.

Today’s final will be a battle between first-time finalists as both beat some big names to get here.

Barton, a Thousand Islands graduate, defeated former medalists Joe Tufo and Brown on the way to the finals. Mothersell scored a big upset Friday when he knocked off top-seeded and 14-time champion Bob Hughes.

“It was a goal of mine to play against him and to compete with him,” Mothersell said.

The field saw plenty of younger golfers new to the tournament, and they’re hoping to be the next generation of champions. Hess looks up to the former champions that he’s competed with this week.

“Five or 10 years ago, I didn’t know what the City tournament was and now it’s what I live for,” Hess said. “People want to be like Mr. Hughes, (John) Bufalini and Brown.”

Three of the four semifinalists hadn’t won a City championship and many in the field are recent Frontier League golfers.

Brown, the varsity coach at South Jefferson, coached with or against a good number of players in the field.

“My wife and I were joking that I was the old man of the final four,” Brown said. “It wasn’t all that long ago I was the young man, well at least I don’t think it was.”

Barton got up early with a four-hole lead after solid play. He made shots and used the early lead to get some cushion between him and the former two-time champion.

“Par was not good enough of the first four holes,” said Brown, who was City champion in 2003 and 2018. “I think he was 4-under through the first five holes.”

Brown managed to fight his way back into the match with solid putting on the early portion of the back nine. He managed to whittle Barton’s lead to one hole after winning the par-4 15th.

However, Barton bounced back after winning the par-3 16th. Brown had a chance to halve the hole, but his putt stopped just inches short of going into the cup.

“I was very surprised Adam missed the putt, but I’ll take what I can get,” Barton said.

Brown managed to win the par-4 17th to get to within one down. Barton halved the 18th hole to fend off Brown by calmly sinking the clinching putt.

“I was pretty nervous, but you got to stay cool in those situations to seal the win,” Barton said.

In the other match, Hess got up by two holes taking the lead on the par-4 4th. However, Mothersell managed to take advantage of a few mistakes, including a Hess tee shot going out of bounds on the ninth.

“I’m just getting lucky,” Mothersell said. “I’m getting a couple good hops and the ball is going the right way.”

Mothersell managed to overtake Hess and the close out the match on the 17th. Despite the loss, Hess is pleased with the way he played all week to get to the final four.

“Last year I missed the cut for the whole thing by one stroke,” Hess said. “To come back this year to get a good round in qualifying and make it this far is a heck of an accomplishment.”

Both Barton and Mothersell are excited to be reach the finals for the first time. The championship match will be double the normal length of the match-play matches. Mothersell said he’s already preparing for the grind of 36 holes.

“I’ll get a good night’s rest and maybe do some extra stretching because I’m getting up there in years myself,” Mothersell said.