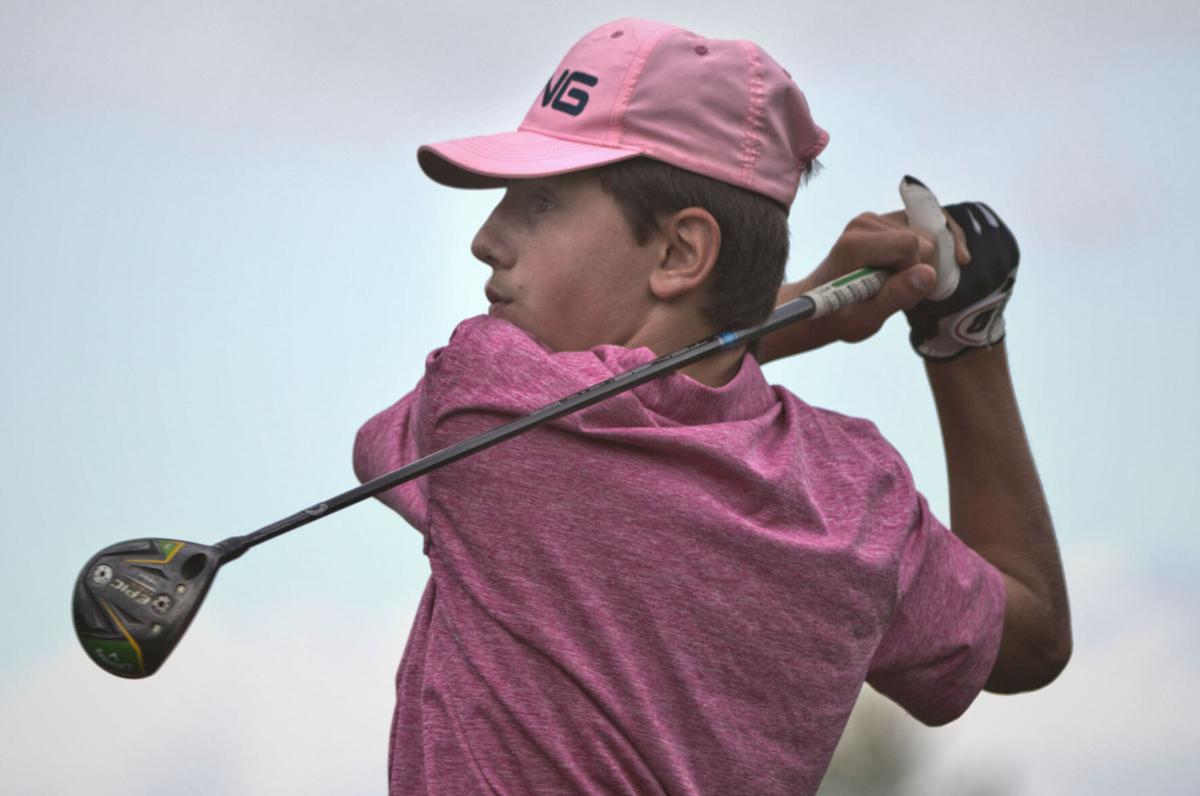 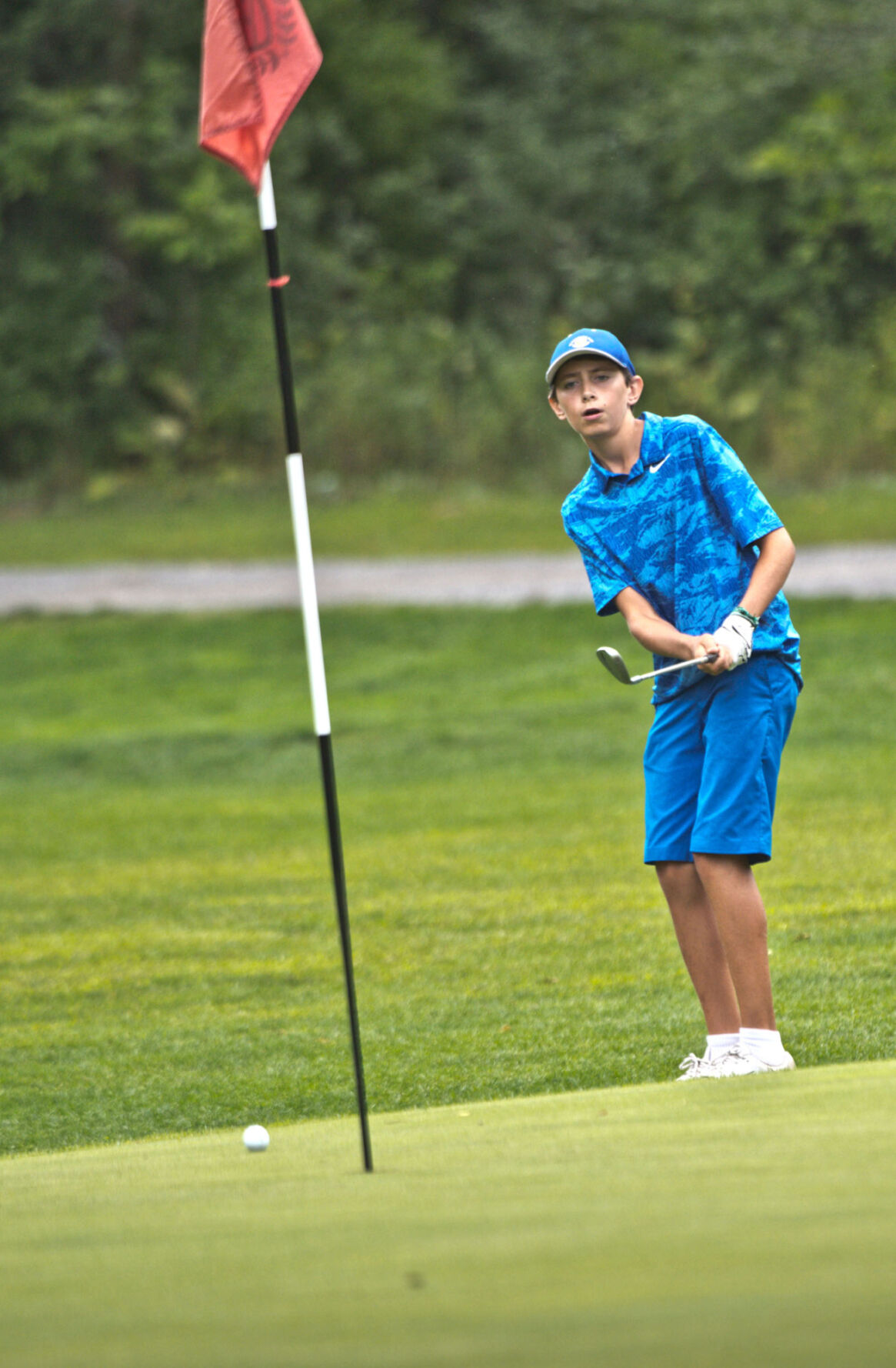 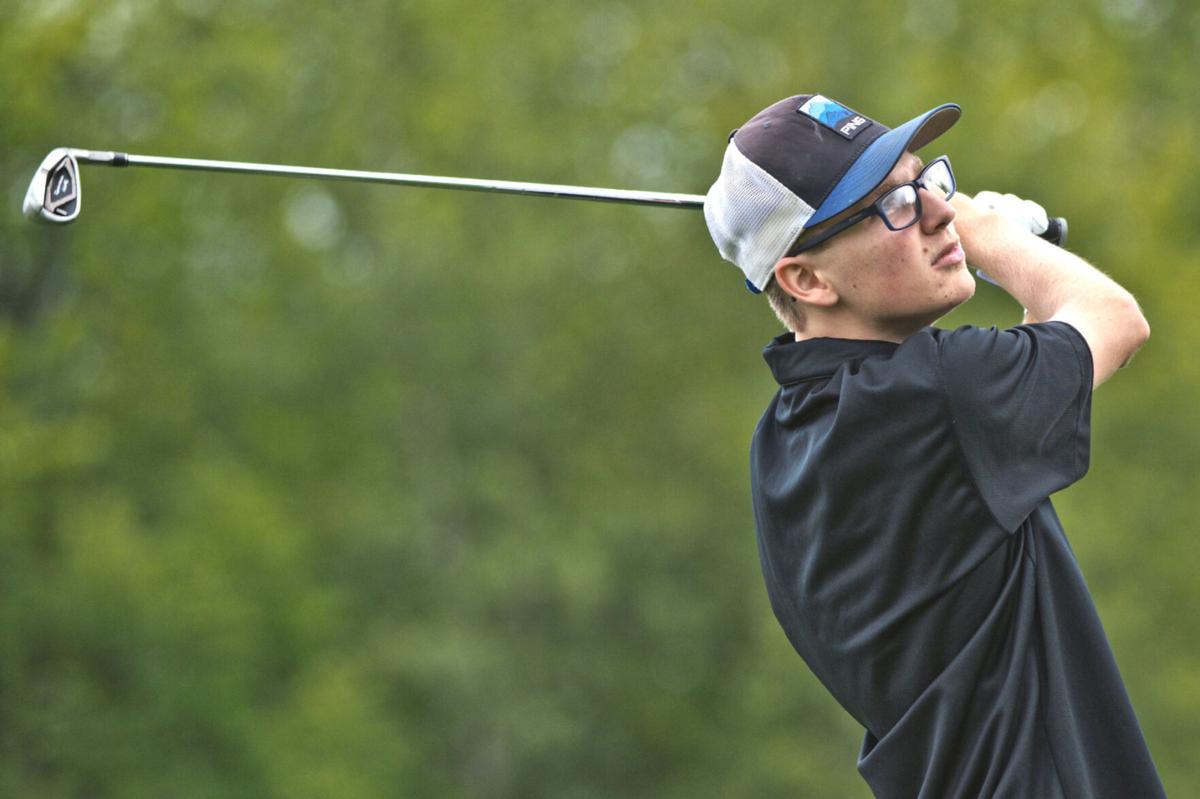 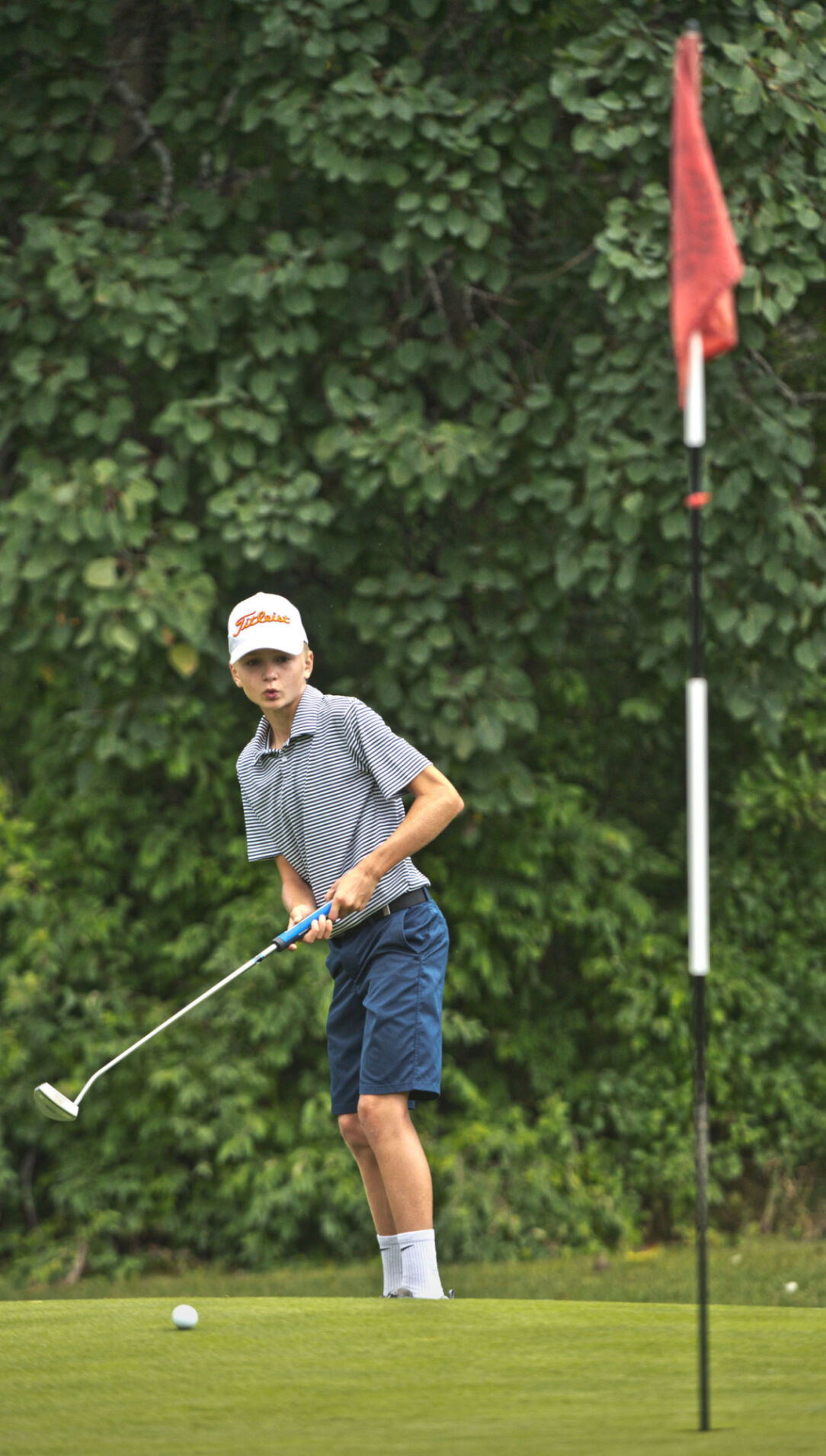 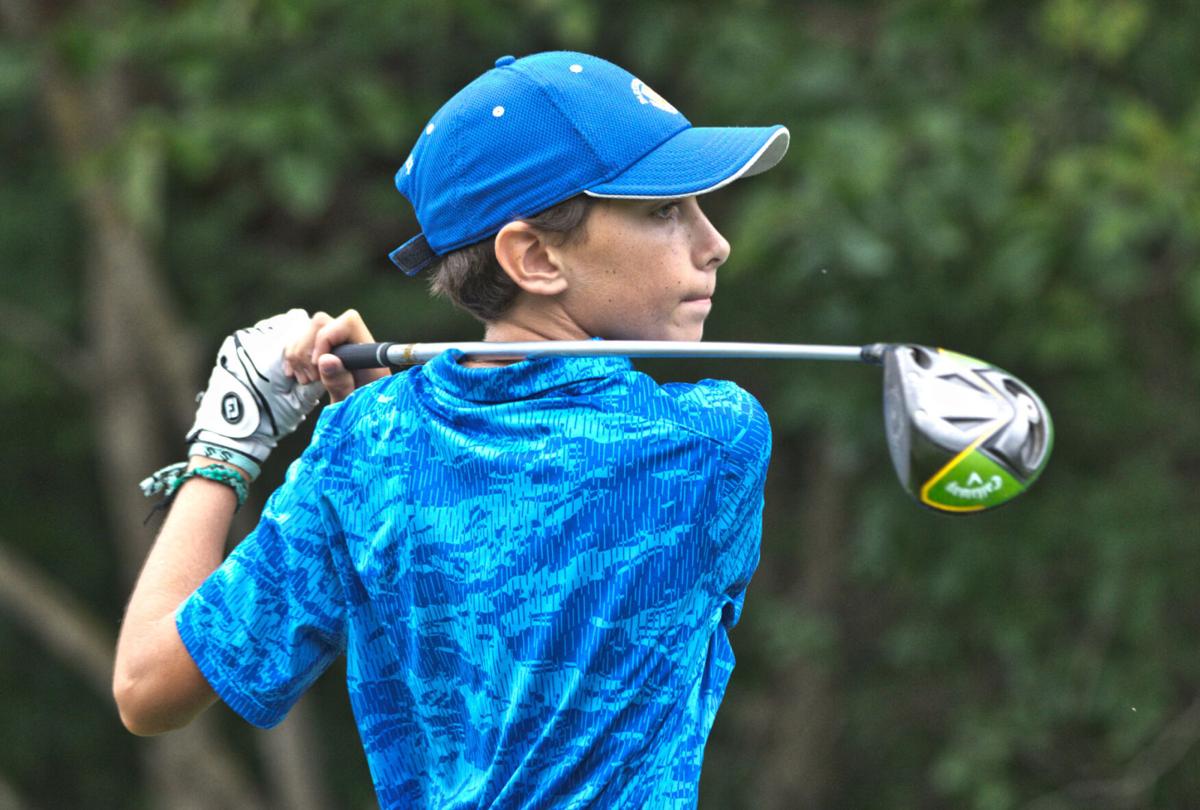 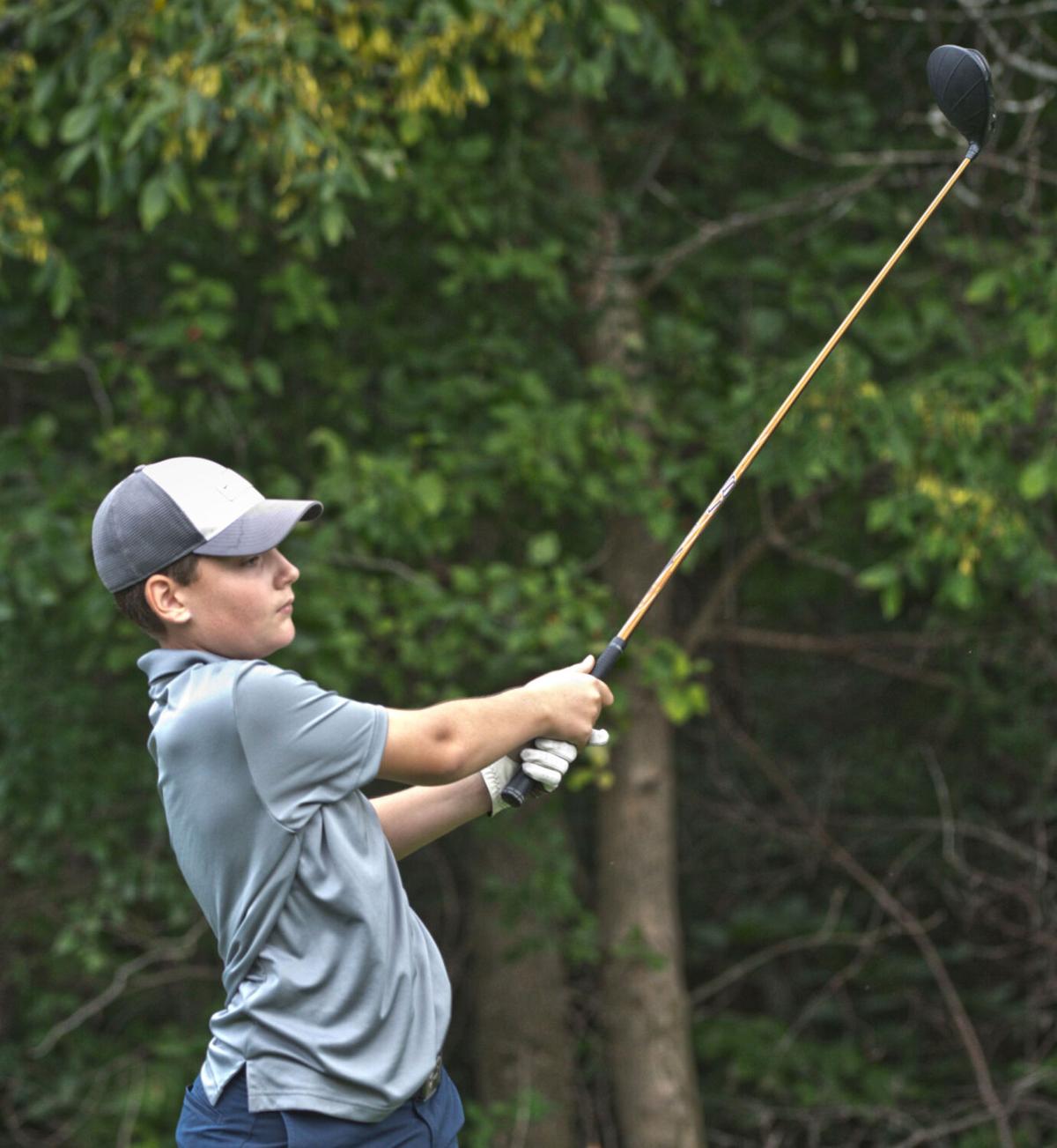 Cooper Grant watches the flight of the ball, August 25, as he tees off at Patridge Run Golf Course in Canton.Christopher Lenney/ Watertown Daily Times 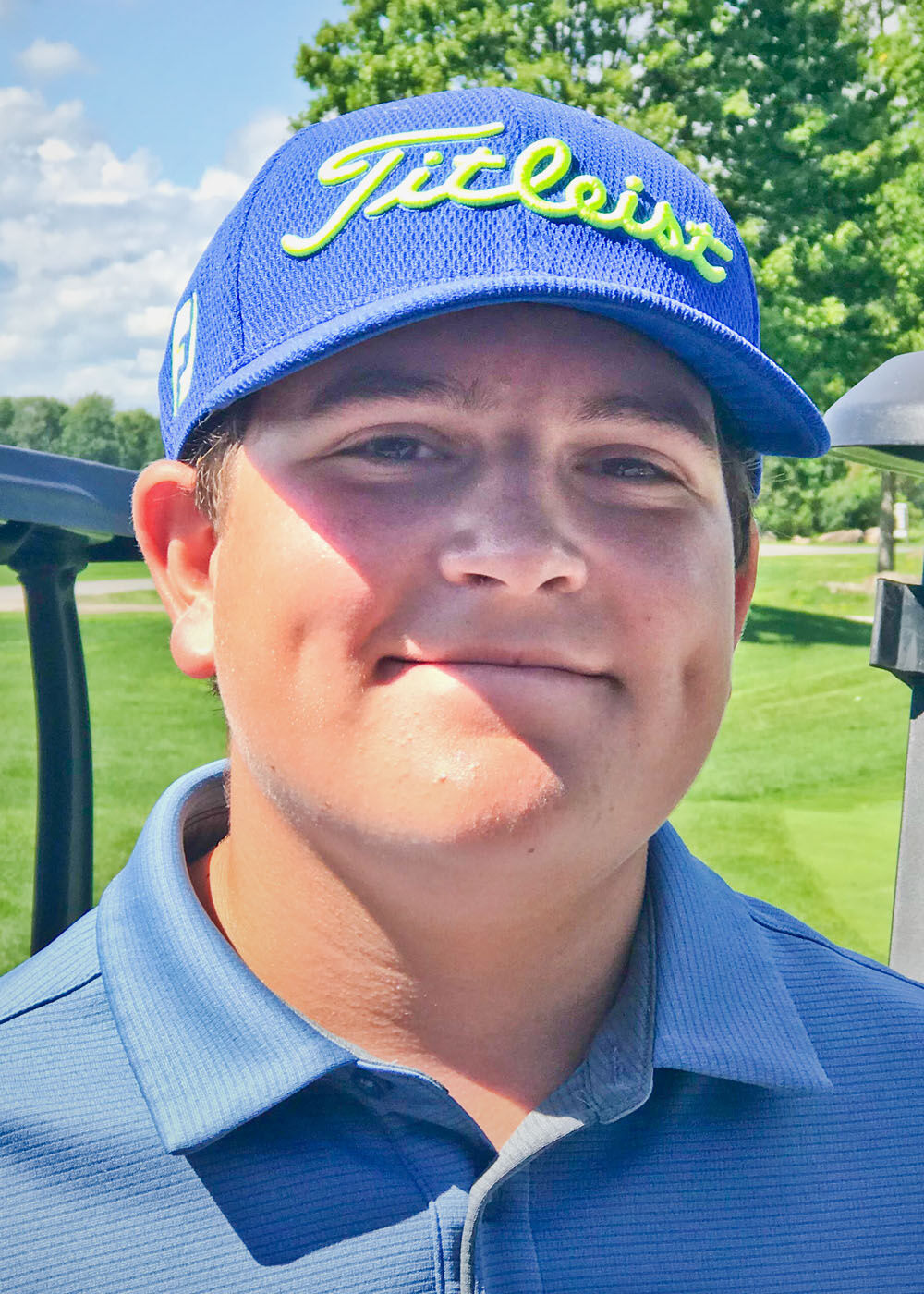 Cooper Grant watches the flight of the ball, August 25, as he tees off at Patridge Run Golf Course in Canton.Christopher Lenney/ Watertown Daily Times

CANTON — Ogdensburg native Ethan Bouchard plays only one sport and that is golf.

The future eighth-grader at Ogdensburg Free Academy finished first in the ages 13-15 division Tuesday in the second event of the North Country Junior Golf Tour at the Partridge Run course in Canton.

Bouchard, who came in 10th a week ago in Potsdam, shot 10 strokes better Tuesday, finishing with a seven-over-par 79 to edge Canton’s Sam Sieminski and Potsdam’s Cooper Grant, who each shot 80.

Potsdam’s Tyler Berkman shot a 74 to win the 16-18 division for a second straight week. Canton’s Ryan Jones was second with a 78. Potsdam’s Jake Pitts also repeated his victory, as the 12-and-under division winner, shooting a nine-hole score of 49.

Bouchard started slowly Tuesday, bogeying the first hole and then double-bogeying the second to begin 3-over par. He birdied the third hole to get a stroke back, then lost it with another bogey on the fourth. After parring the fifth hole he bogeyed the sixth, birdied the seventh, bogeyed the eighth and ended the front nine with a par.

Bouchard picked up a birdie on the 11th hole and ended the event with bogeys on 17 and 18 but his score was good enough to win by one stroke.

“I chipped in twice and I made a couple good birdie putts,” Bouchard said. “My short game was probably the best part. I played well (in a practice round Monday) and today I came in and felt confidence. I had a pretty good idea that I could win.”

Bouchard said he’s played golf about five years and this is his second year in the junior tour.

“Last year I didn’t do very well,” Bouchard said. “This year was probably my best year. I like to play competitive golf. I think (winning) is a confidence-booster for sure. That’s what I will take away from this. I just really like to play (golf). It’s the only sport I play and I was decent at it, so I decided to take it on.”

Berkman got to the 18th green and his approach shot was 25 feet from the hole. He made the long putt, ending the tournament much the same as his performance Sunday, when he hit a 30-foot putt to repeat as club champion at the Potsdam Town and Country Club.

Berkman didn’t have to make the putt to win Tuesday, he wound up taking the event by four strokes.

Berkman played the Partridge Run course about a month ago so he is familiar with it, even though it’s not his regular course.

“It helped out for this week,” Berkman said. “Today I was hitting my driver very well. I was missing some putts, but my irons were solid. Overall, I think it was my driver that helped put me in the fairway.”

The North Country Junior Golf Tour originally announced just a two-tournament schedule, but there is a chance they may get one more in before the school year starts.