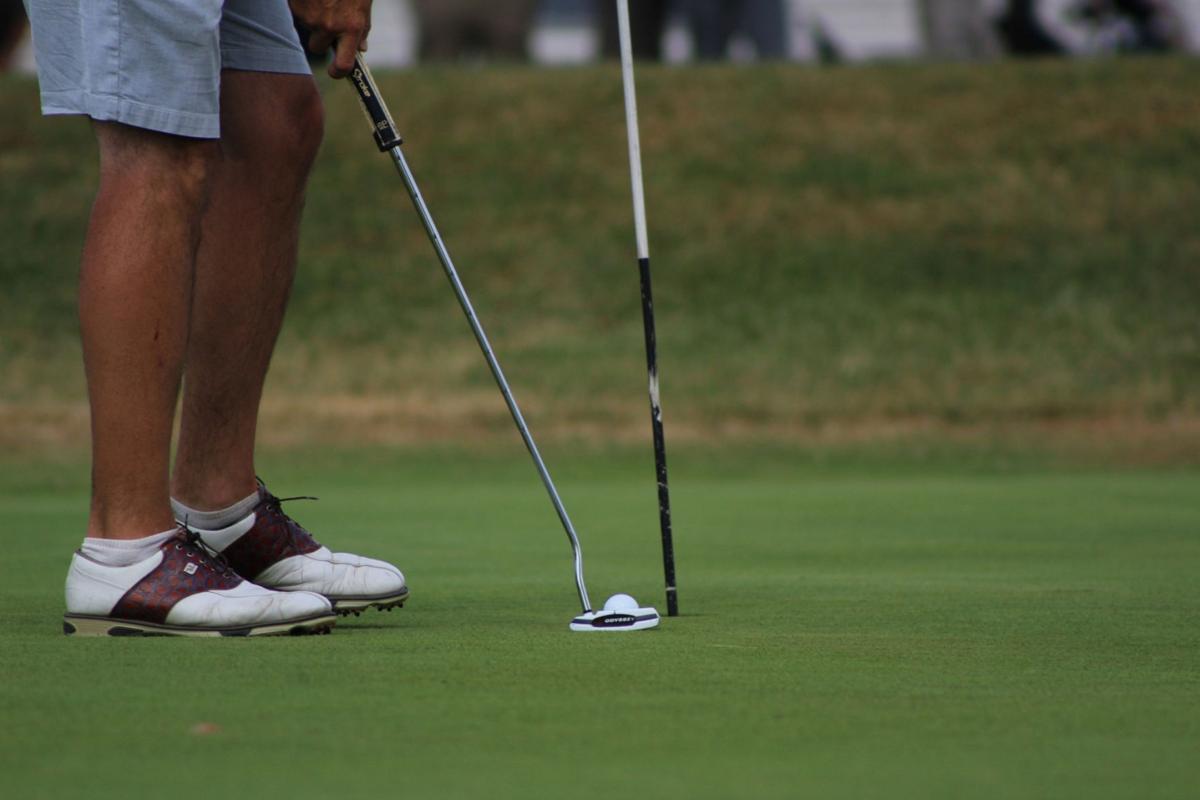 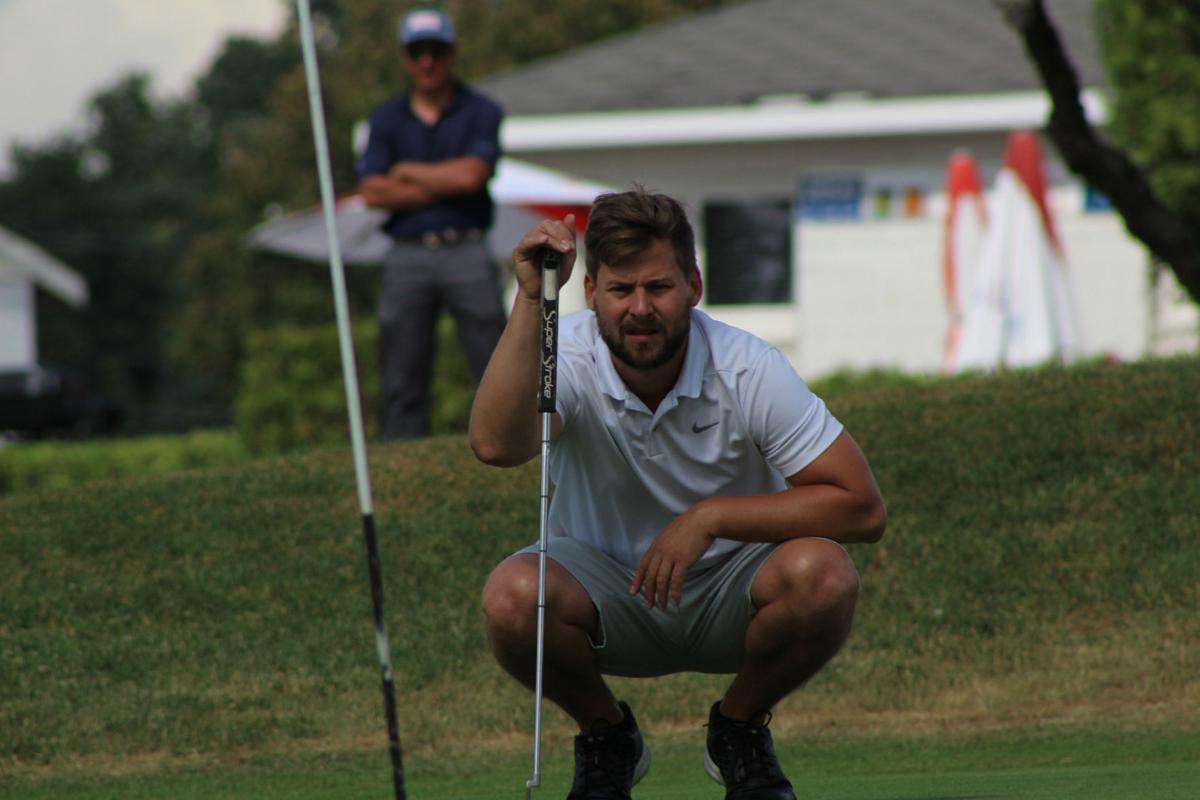 T.J. Penn stares at the hole before attempting a putt on the final hole of the Jefferson County Amateur Golf Championship at Willowbrook Golf Club on Sunday. Philip Sanzo/Watertown Daily Times 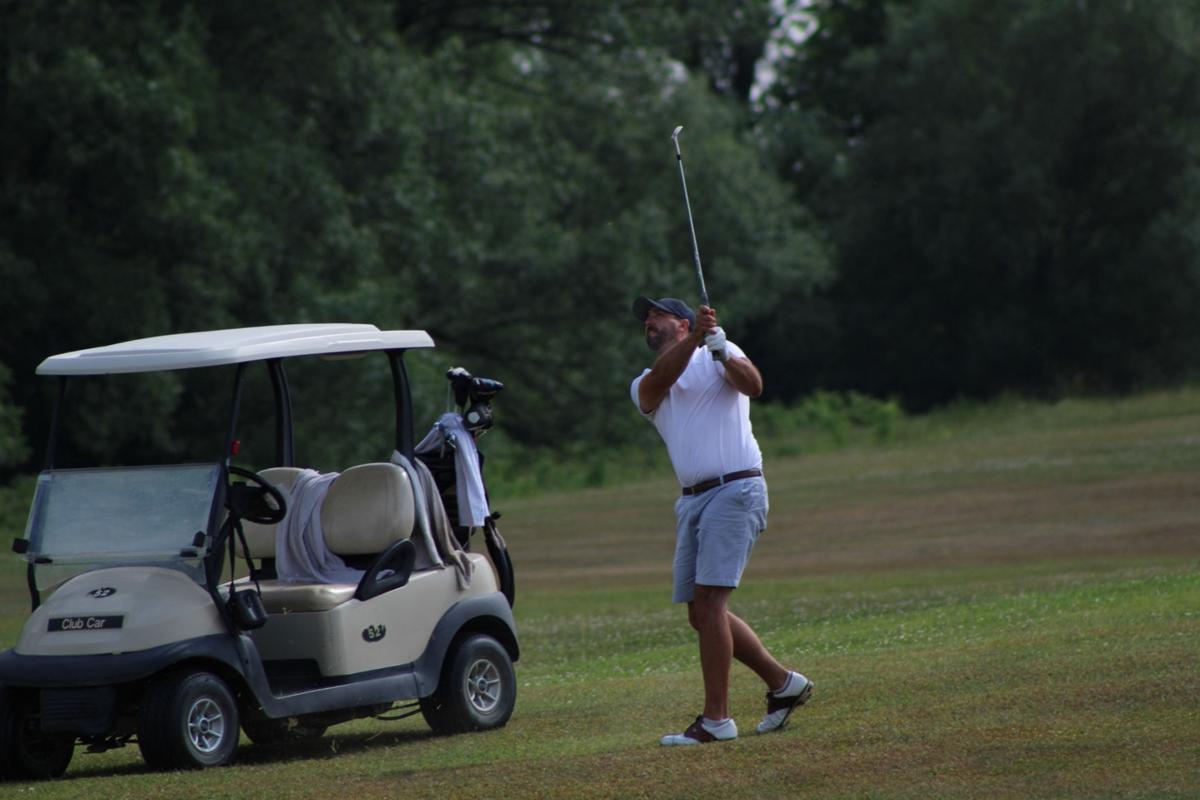 Adam Brown follows through on his second stroke in the final hole of the Jefferson County Amateur Golf Championship at Willowbrook Golf Club on Sunday. Philip Sanzo/Watertown Daily Times 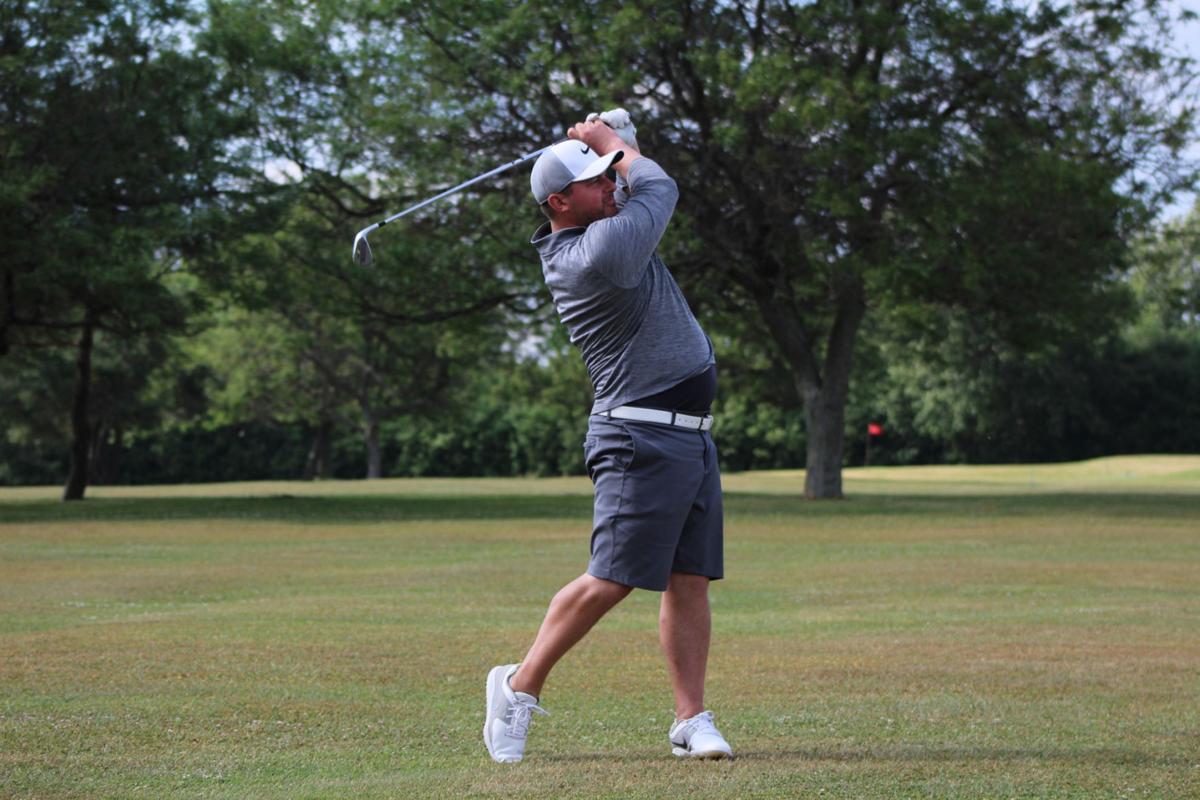 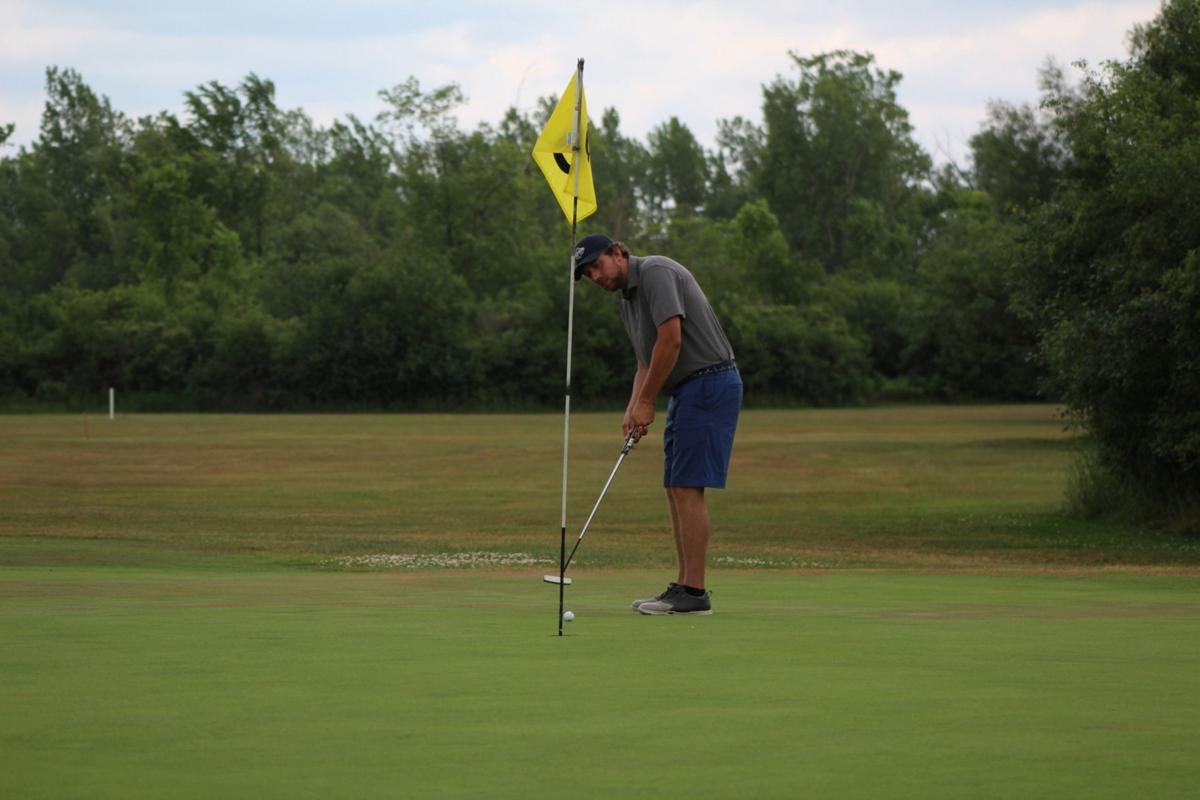 Conner Gray prepares his put on the sixth hole of the yellow course at the Jefferson County Amateur Golf Championship at Willowbrook Golf Club on Sunday. Philip Sanzo/Watertown Daily Times

T.J. Penn stares at the hole before attempting a putt on the final hole of the Jefferson County Amateur Golf Championship at Willowbrook Golf Club on Sunday. Philip Sanzo/Watertown Daily Times

Adam Brown follows through on his second stroke in the final hole of the Jefferson County Amateur Golf Championship at Willowbrook Golf Club on Sunday. Philip Sanzo/Watertown Daily Times

Conner Gray prepares his put on the sixth hole of the yellow course at the Jefferson County Amateur Golf Championship at Willowbrook Golf Club on Sunday. Philip Sanzo/Watertown Daily Times

WATERTOWN — Coming around the bend at the beginning of the ninth hole on the yellow course at Willowbrook Golf Club, T.J. Penn didn’t see the socially distanced spectators eagerly waiting by the green.

“When I got up to the tee on No. 9, I didn’t even notice it until they said something,” Penn said. “But once we came down and I could see everybody lined up, my dad was out here, he played in the seniors, I thought that was awesome.”

Penn, Adam Brown, Andrew Marks and Conner Gray entered the day leading the Jefferson County Amateur Golf Championship open division with scores of either 70 or 71 and were the last group to tee off Sunday. Brown was ultimately victorious, taking the top spot in open division gross scoring, defeating both Penn and Marks by one stroke.

By the time they reached their 18th-and-final hole of the day, Penn, Brown and Marks were separated by no more than two strokes and all three were under par. After Penn finished the final hole with a birdie on the par-4, Brown missed a short putt but finished right afterward to narrowly defeat Penn in the tournament 140-141. Marks also came in at 141 and one under on the day, Gray finished the Championship at 151 and five-over on the day.

Brown ultimately gained the advantage at the seventh hole on the back nine (yellow course) when he birdied on the par-4. Up to that point, he, Penn and Marks were all even on the day. On his second stroke, Brown was able to place his ball on a part of the green that’s slightly elevated above the hole. Putting down hill, he sank the shot for the birdie.

“At that point, I knew that putt there, I had seen Conner’s putt and that it dragged a little bit right, I knew at that point that if I gave it enough, the pace would take care of it with it being downhill,” Brown said. “I was fortunate enough to see it go in.”

Brown is a member of the course, so he’s familiar with all of its challenges – having that experience played to his advantage.

“We saw the yellow both days and I’m a member here so I’m definitely more familiar with all of the bounces and some of the things you can expect,” Brown said. “Right now, we haven’t had rain in so long, things are playing firm.”

Penn said he shook off his nerves at the start of the second nine, but certainly felt the pressure in the final, decisive holes.

“I got a little nervous at the end, I missed a couple of putts, on seven I missed a six-footer that I should have made,” Penn said. “It was pretty nerve-wracking, but it was a lot of fun. That’s the whole point that we come out here.”

Penn has battled with Brown before, especially at the Watertown Men’s City Golf Tournament – he’s also played with Marks in the past.

For many of those who participated in the Jefferson County Amateur Golf Championship, including Brown, Penn and Marks, it served as an important precursor to the City Golf Tournament expected to begin on July 11.

Last year Penn didn’t compete in the Amateur Golf Championship prior to his City Golf appearance, and he wish he had.

“It definitely takes the nerves out and you get good practice,” Penn said. “This is intense all these two days because you’re shooting for the final score. The City is a little different because you qualify and then you play match play, so you can get a little bit more aggressive out there. Today was just a lot of fun.”

Brown, who has been participating in the Amateur Golf Championship for multiple years, said it helps give him an idea of where his game is.

“You get yourself in a position where you’re under a little bit of pressure and you can see how you perform,” Brown said.

Purses were give out for both the top gross scorers and net scorers (score after handicap), for each division.