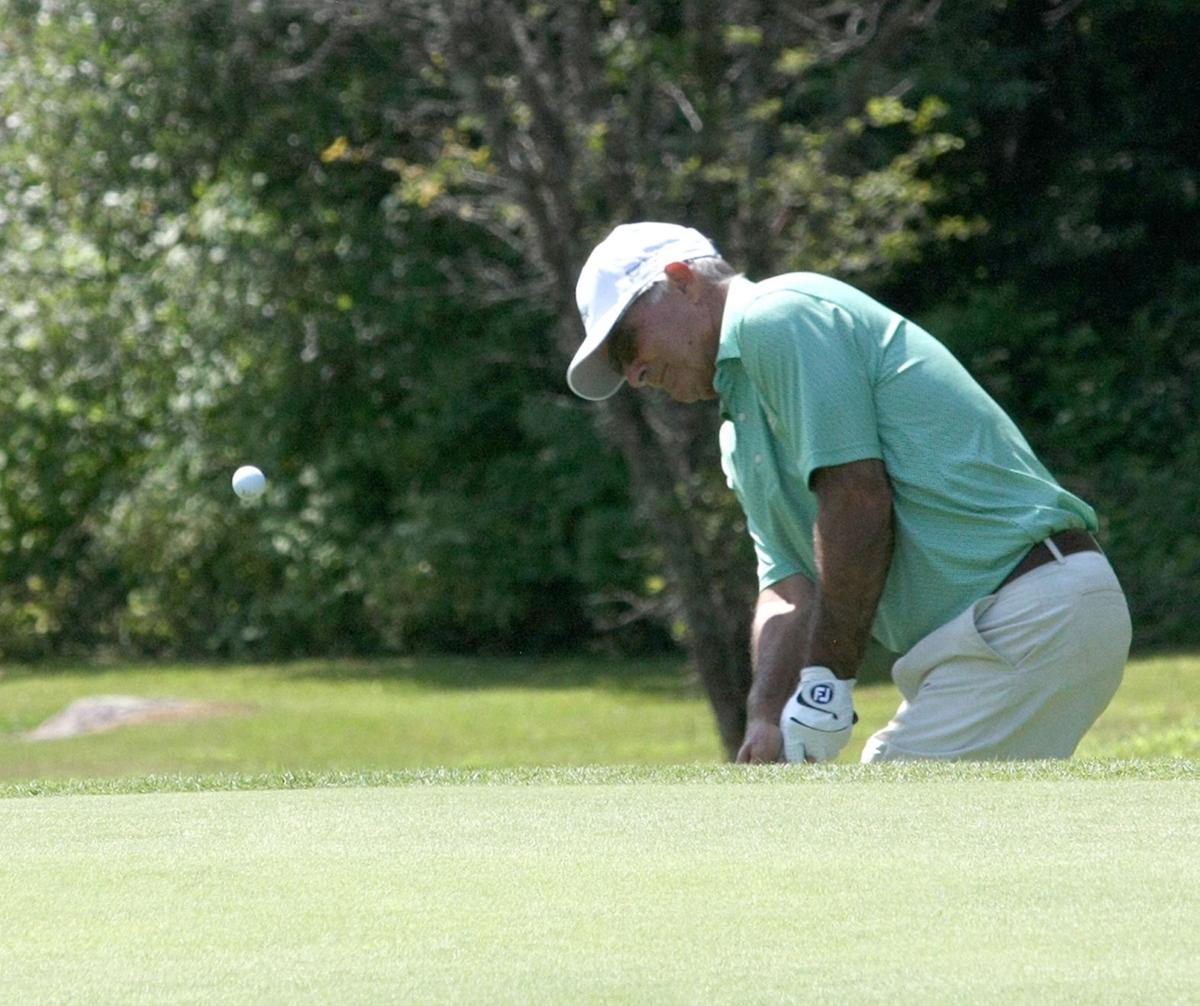 Watertown Golf Club’s Tim Phillips chips onto the green on No. 7 West during the NNYGA Six-Man Tournament at Malone Golf Club in 2019. John Gokey/Malone Telegram 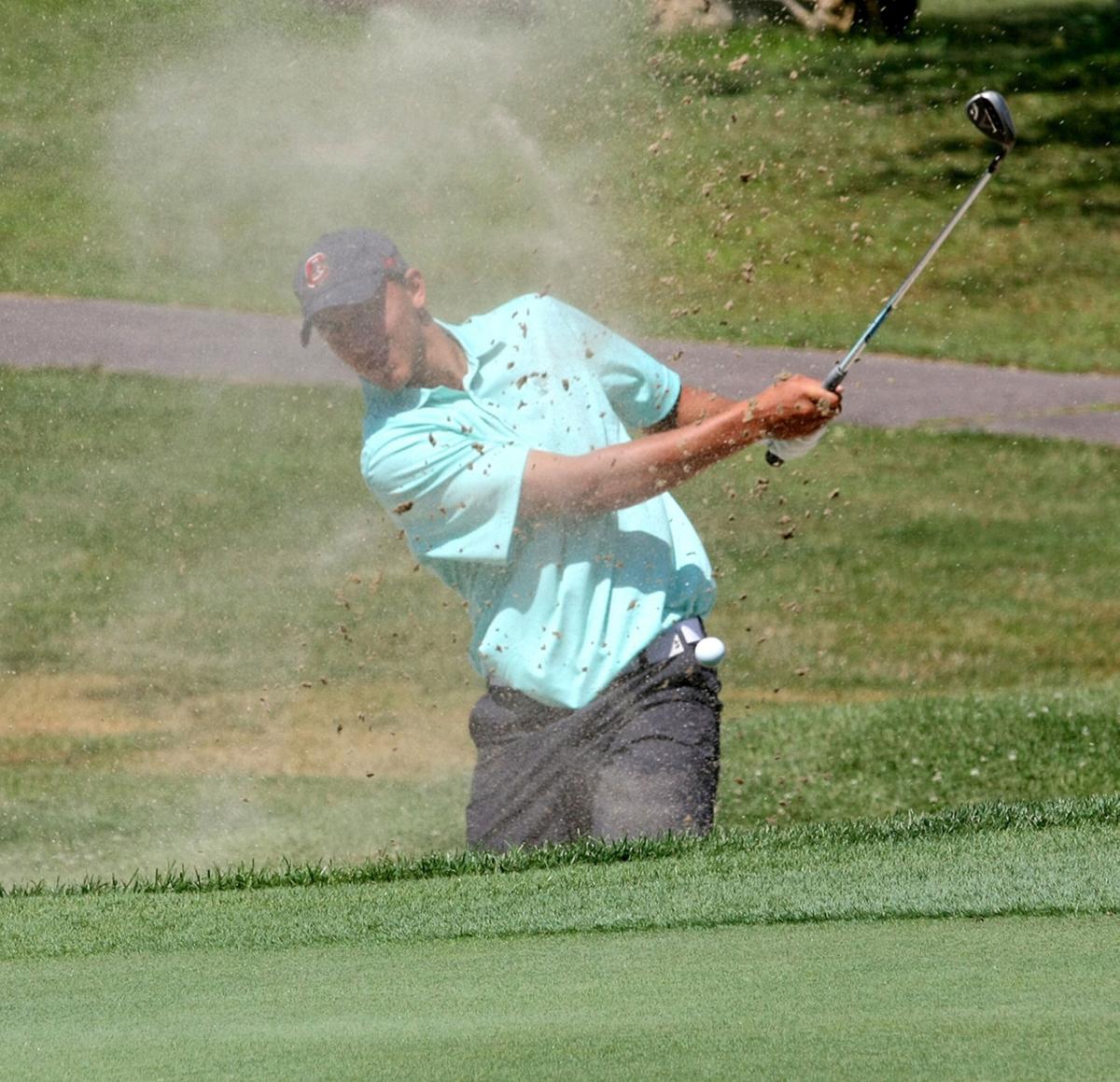 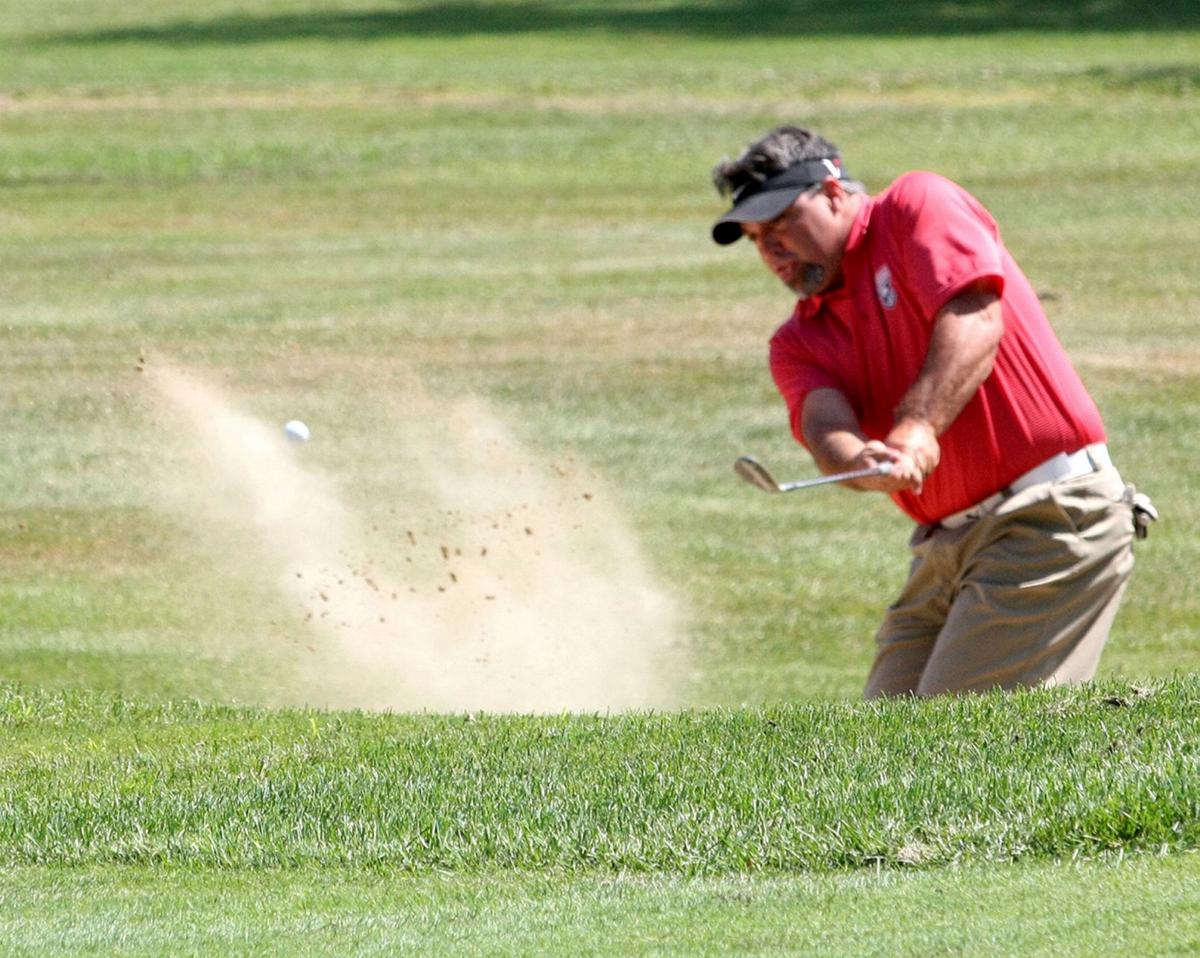 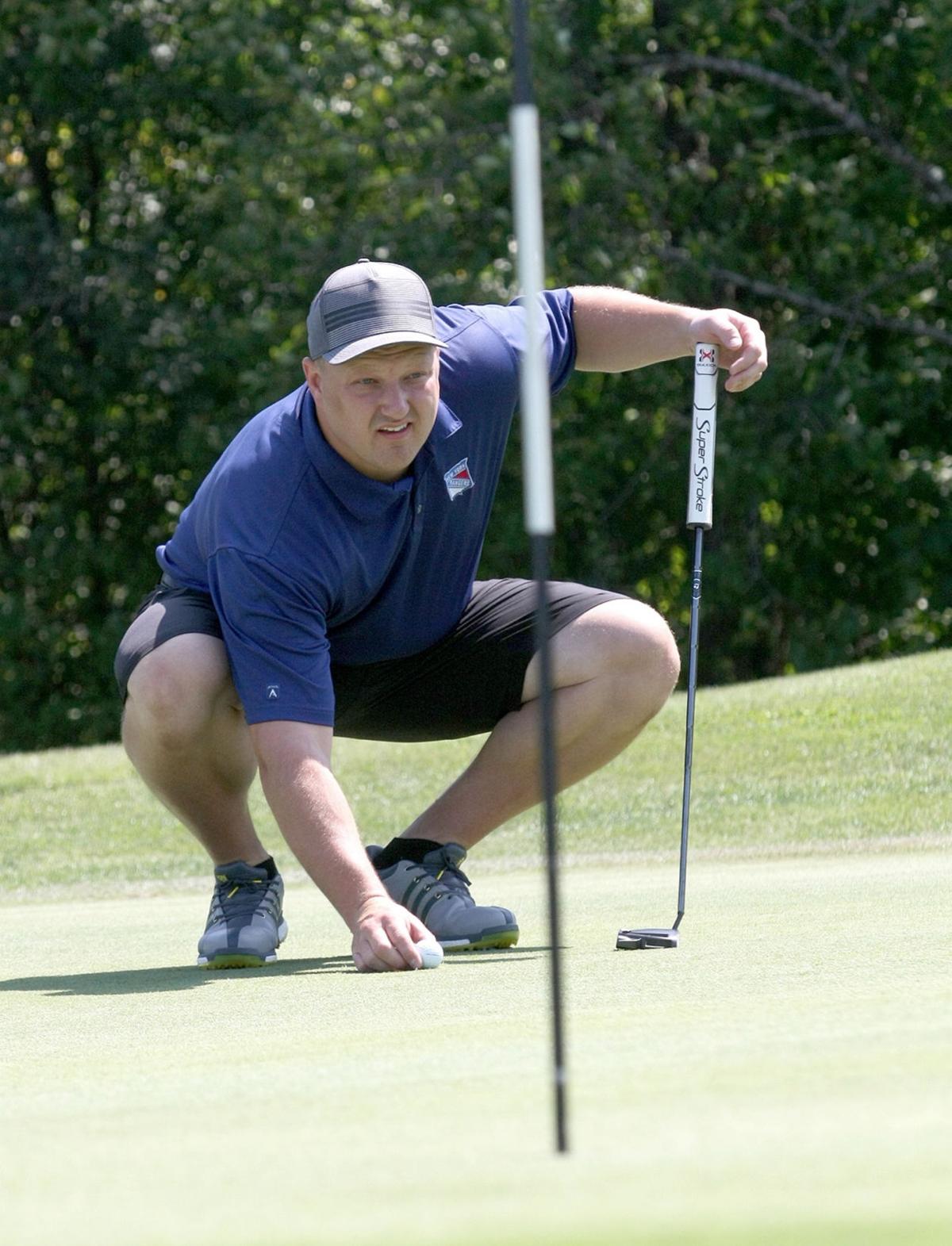 Malone’s Mike Patenaude lines up an eagle putt on No. 5 West during the NNYGA Six-Man Tournament at Malone Golf Clubin 2019. John Gokey/Malone Telegram 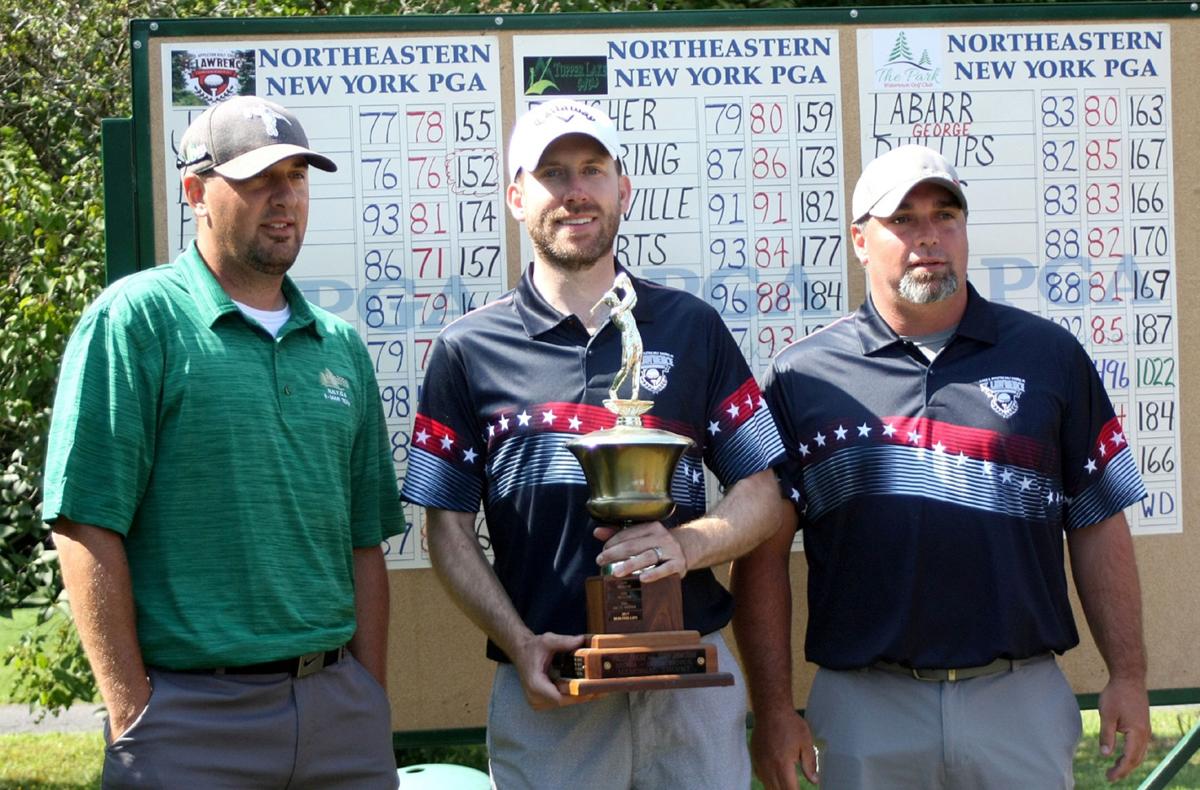 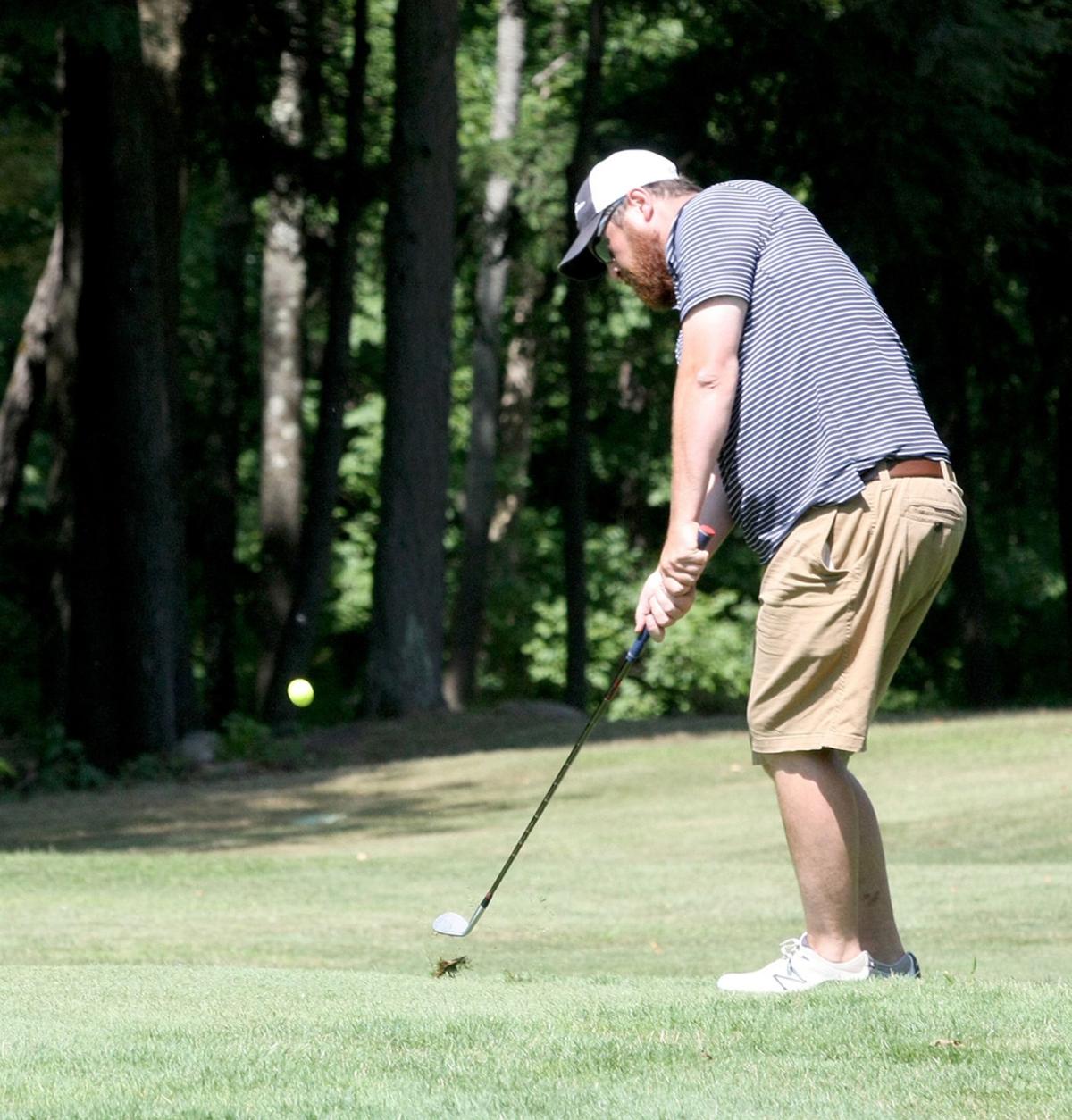 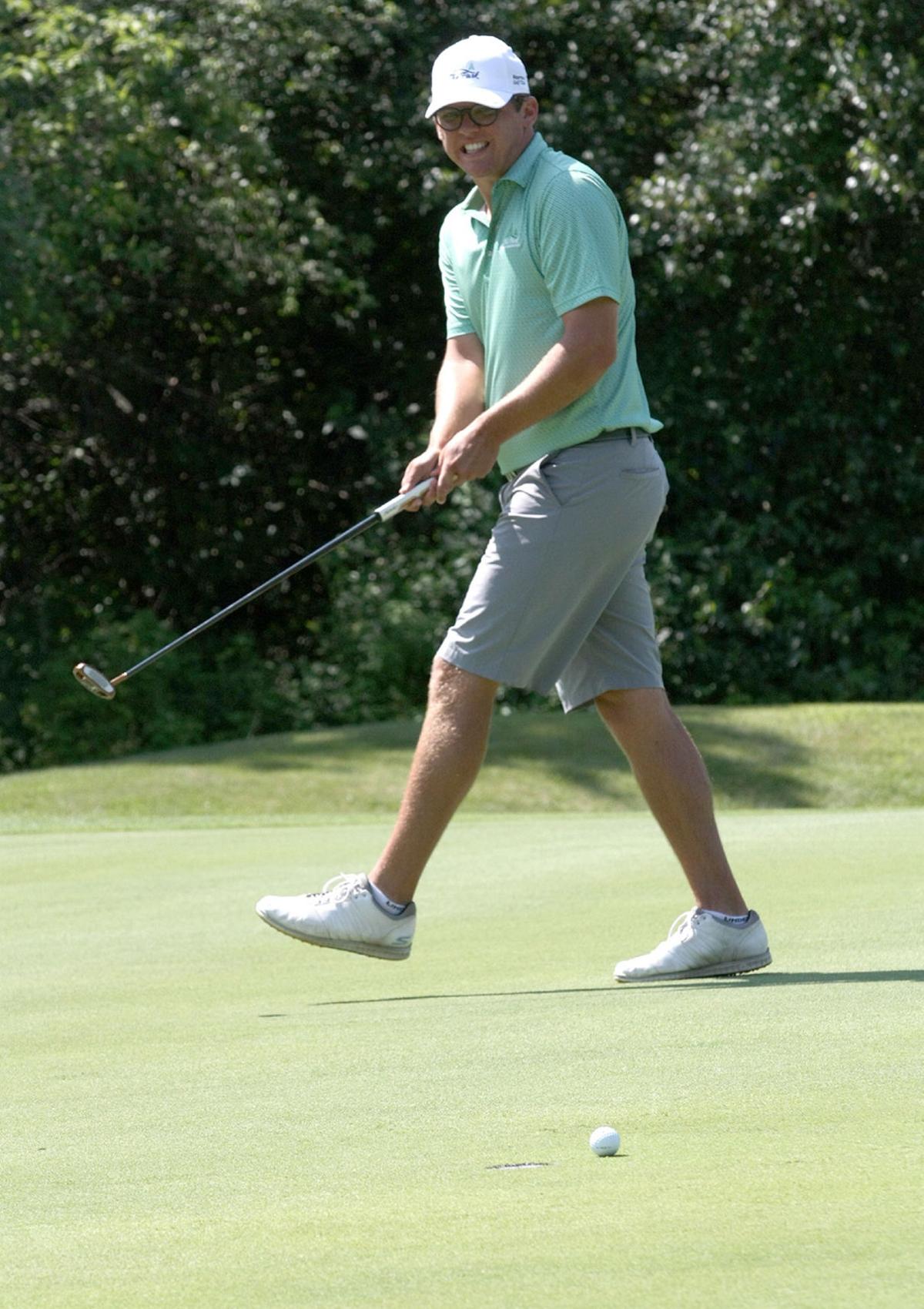 Watertown Golf Club’s George LaBarr reacts as his putt rolls past the hole on No. 6 West during the NNYGA Six-Man Tournament at Malone Golf Club in 2019. John Gokey/Malone Telegram 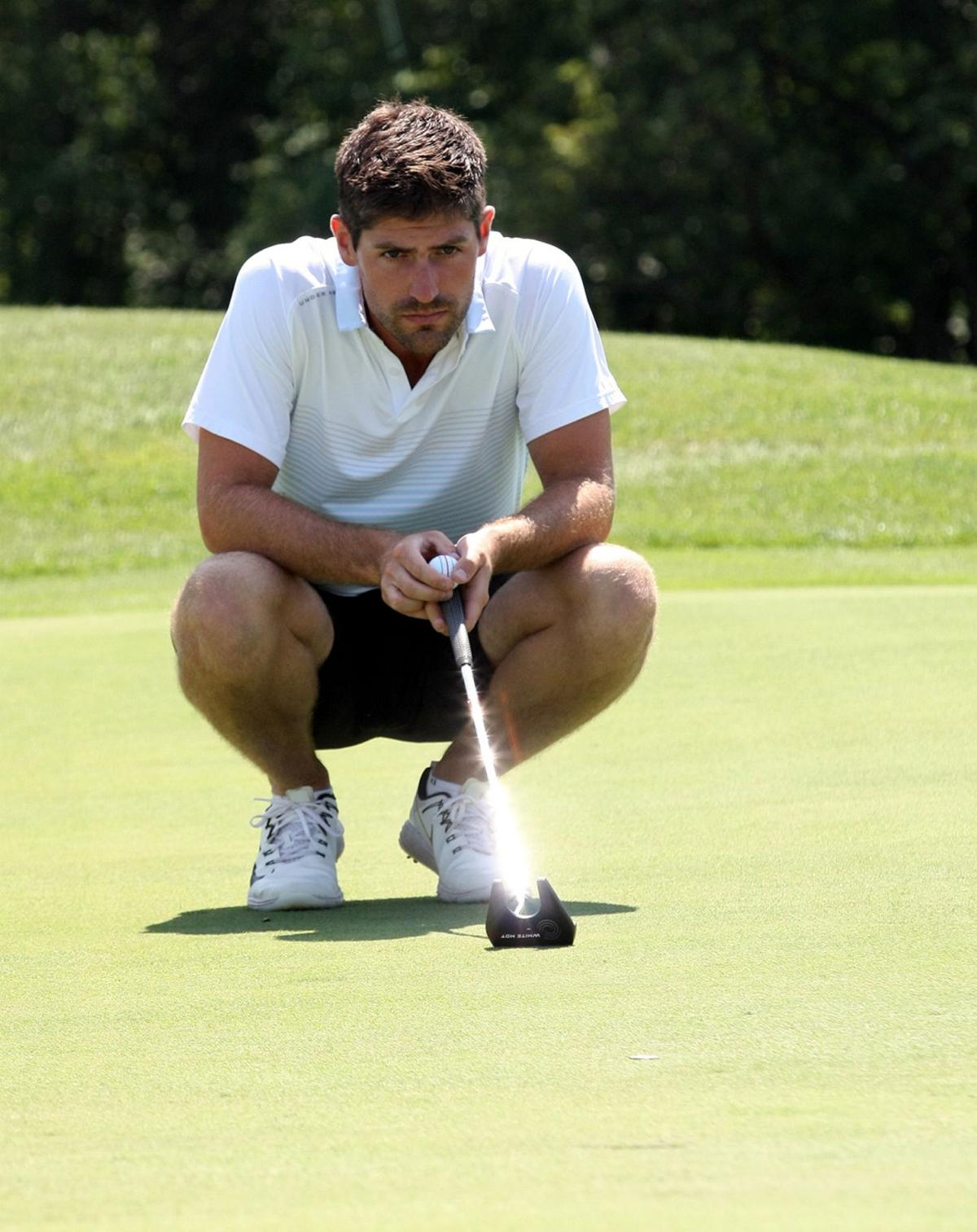 Massena’s Anthony Viskovich looks for for the correct line on No. 5 West during the NNYGA Six-Man Tournament at Malone Golf Club in 2019. John Gokey/Malone Telegram 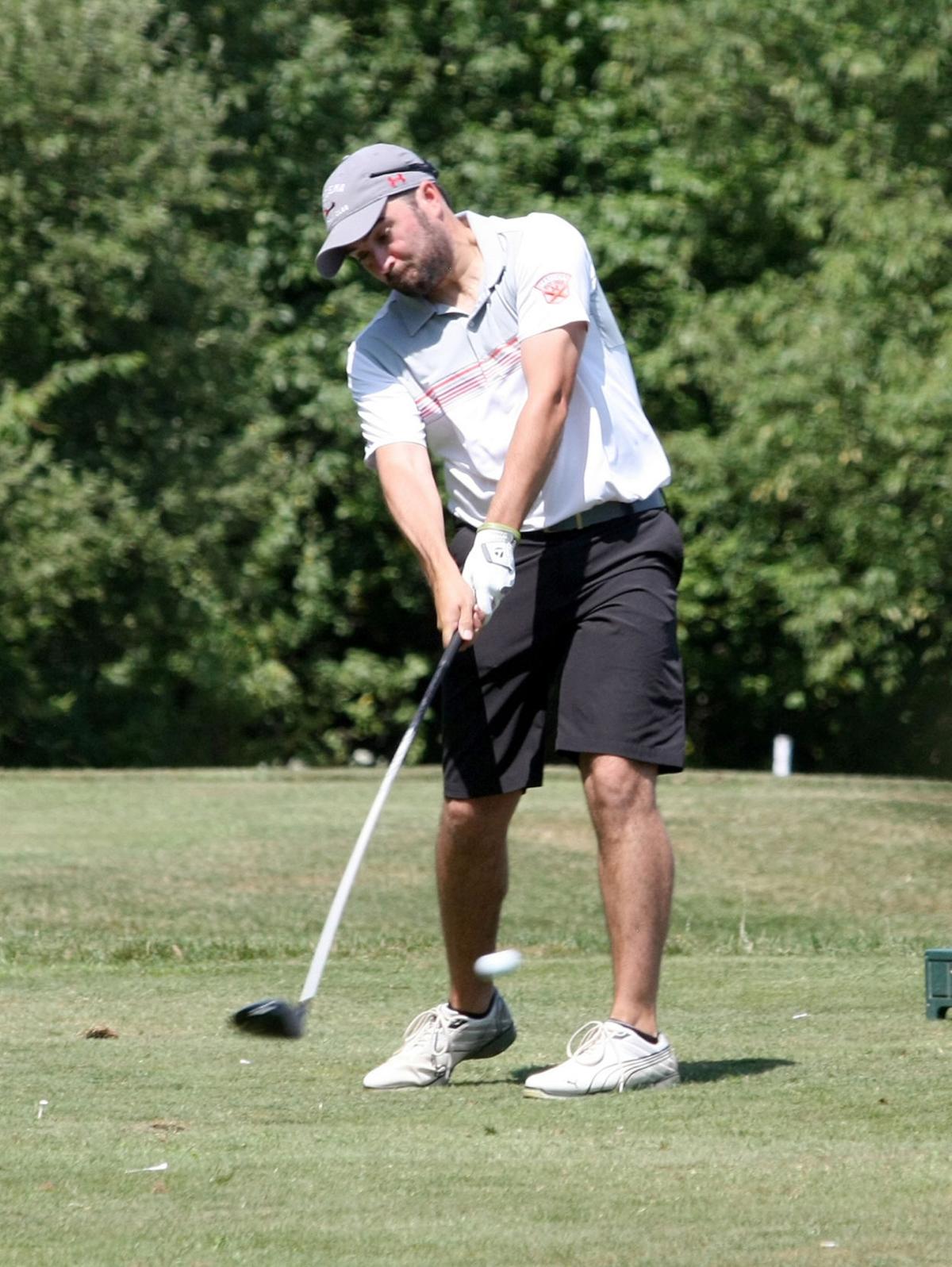 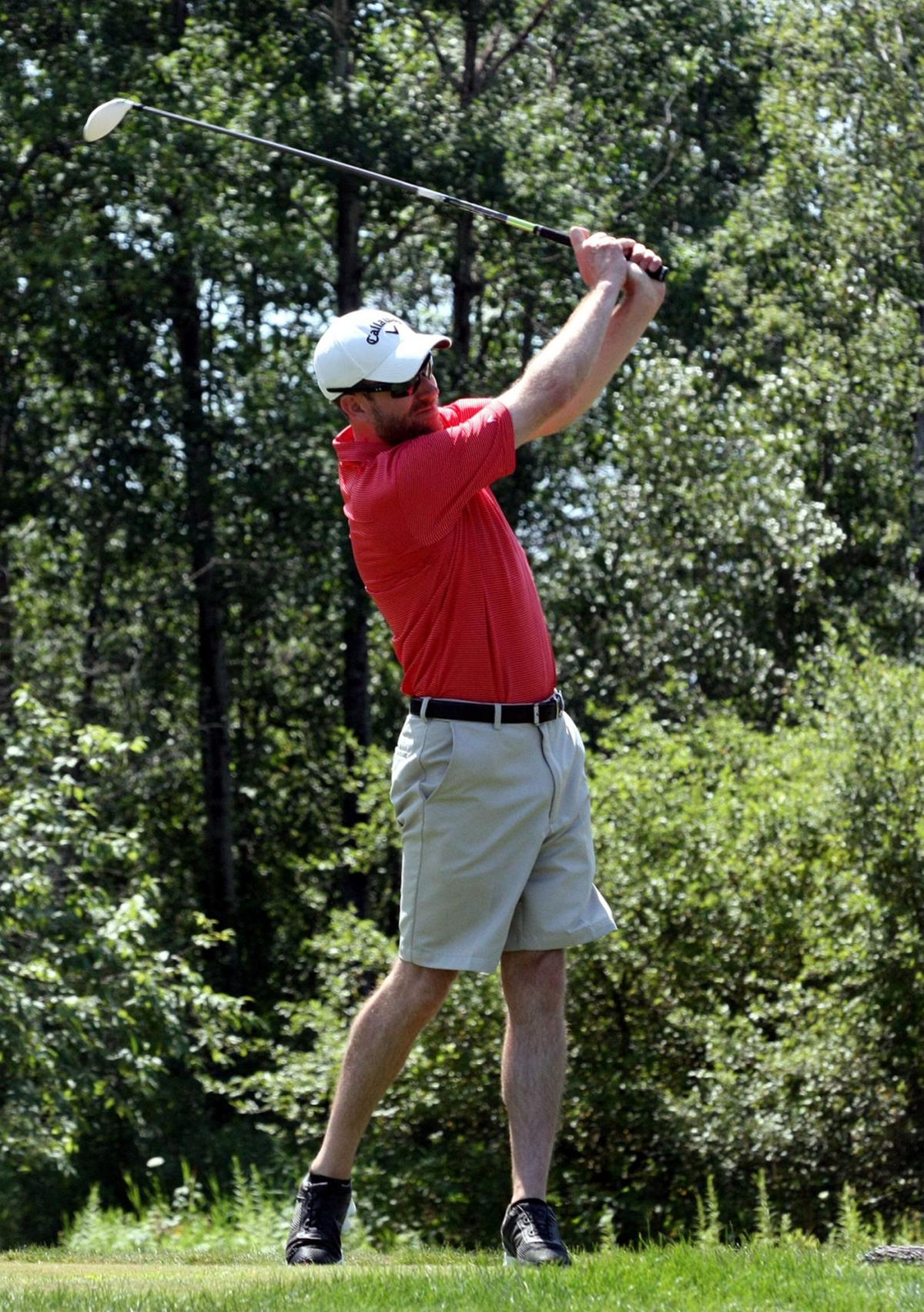 Watertown Golf Club’s Tim Phillips chips onto the green on No. 7 West during the NNYGA Six-Man Tournament at Malone Golf Club in 2019. John Gokey/Malone Telegram

Malone’s Mike Patenaude lines up an eagle putt on No. 5 West during the NNYGA Six-Man Tournament at Malone Golf Clubin 2019. John Gokey/Malone Telegram

Watertown Golf Club’s George LaBarr reacts as his putt rolls past the hole on No. 6 West during the NNYGA Six-Man Tournament at Malone Golf Club in 2019. John Gokey/Malone Telegram

Massena’s Anthony Viskovich looks for for the correct line on No. 5 West during the NNYGA Six-Man Tournament at Malone Golf Club in 2019. John Gokey/Malone Telegram

The Northern New York Golf Association’s Six-Man Championship remains on course to be held this summer at Carlowden Country Club.

Carlowden six-man team director Justin Taylor said the event will take place Aug. 1-2 at the picturesque course in the town of Denmark.

“At this point, we are going to host the tournament with some obvious changes to our structure due to the (COVID-19) restrictions at golf courses,” said Taylor, who is also director of golf at Carlowden.

There are several notable changes for the tournament itself, including the addition of one team to the competition, as well as a change to the team scoring format.

“There’s just a few changes we’re going to make as far as what club are going to play this year, the format is going to change a little bit, just because we want to make it more inclusive to all the golfers that play,” Taylor said.

This year’s championship will include 10 teams, one more than usual.

“To my knowledge, Ives Hill is not going to produce a team,” Taylor said. “They’ve been part of the Northern New York Six-Man (Tournament) historically, traditionally it’s been nine clubs for the past 40 something years, the same nine clubs. And with Ives’ current situation, they just haven’t been able to participate.”

This year’s change may lead to the addition of teams to the tournament in the future.

“So over the course of the next three years, we’re going to add one team until we get to 12,” Taylor said. “But we want to leave Ives Hill the opportunity to still get in should they want to. They’ve been a member since we started this thing, it’s been a very long time.”

There’s also going to be a change in the way the team championship will be determined at this year’s tournament.

“I think we wanted to just freshen the tournament up with adding it to being the total of the best six scorers of the nine (golfers) from each club,” Taylor said. “ ... It will change the dynamic of how you strategically place people on your team.”

Each team’s score will be again be based on its top six scorers, but it’s representatives in the senior, super senior and junior divisions will now have a chance to factor into the team scoring.

“In the past, it was just the six men and their scores counted toward the team score, and then the seniors, super seniors and juniors each played themselves in their own division,” Taylor said. “So this year, we wanted everyone’s score to be able to be included because there’s a lot of good seniors who shoot as good as anybody else, they’re shooting in the low 70s.

“So this way it allows everyone’s score to be able to be counted and not have to worry about what division they’re playing in,” Taylor said. “We’re taking the top six scores out of all nine players on a team.”

The tournament will also continue to recognize an individual champion from the six-man team competition, as well as from senior, super senior and junior divisions.

The six-man championship will be at Carlowden for the first time since 2015.

Taylor said the tournament shouldn’t be affected too much by New York State Golf Association rules put into place because of the coronavirus pandemic.

“We’re going to have to play with extra carts to be able to follow the (COVID-19) mandates of one person per cart, plus things may change as phases open and they reduce restrictions; by August we may be able to go back to having more people.

Watertown Golf Club was slated to host this year’s six-man championship, but switched up with Carlowden because of changes at the Watertown course.

“Originally, this year was the year for Watertown to host, but due to them wanting to do renovations and changes to update the clubhouse and bring it into compliance with the city,” Taylor said. “And they’re moving some greens around and redesigning the course and things of that nature. So last year, (Watertown Golf Club owner) Mr. (Michael) Lundy reached out to us and asked us if we’d be willing to switch, we voted on that during our directors meeting and it was approved that we could take the place of them and then they would take our 2024 spot.”

Ives Hill previously won two consecutive titles, at Gouverneur Country Club in 2016, and at its home course in 2017.

“As far as golf is being played, it’s nice to see that they’re making changes to modernize golf,” Taylor said of the tournament’s changes. “The overall direction of golf in the last few years I think is going in the right direction. We need to get the younger generation involved, or there won’t be many people out here playing golf.

“Getting rid of the stigma that it’s just for older people, but you’ll see it out there. When you come out, you’ll see that there’s a lot of younger generation kids out here playing golf at all these golf courses.”