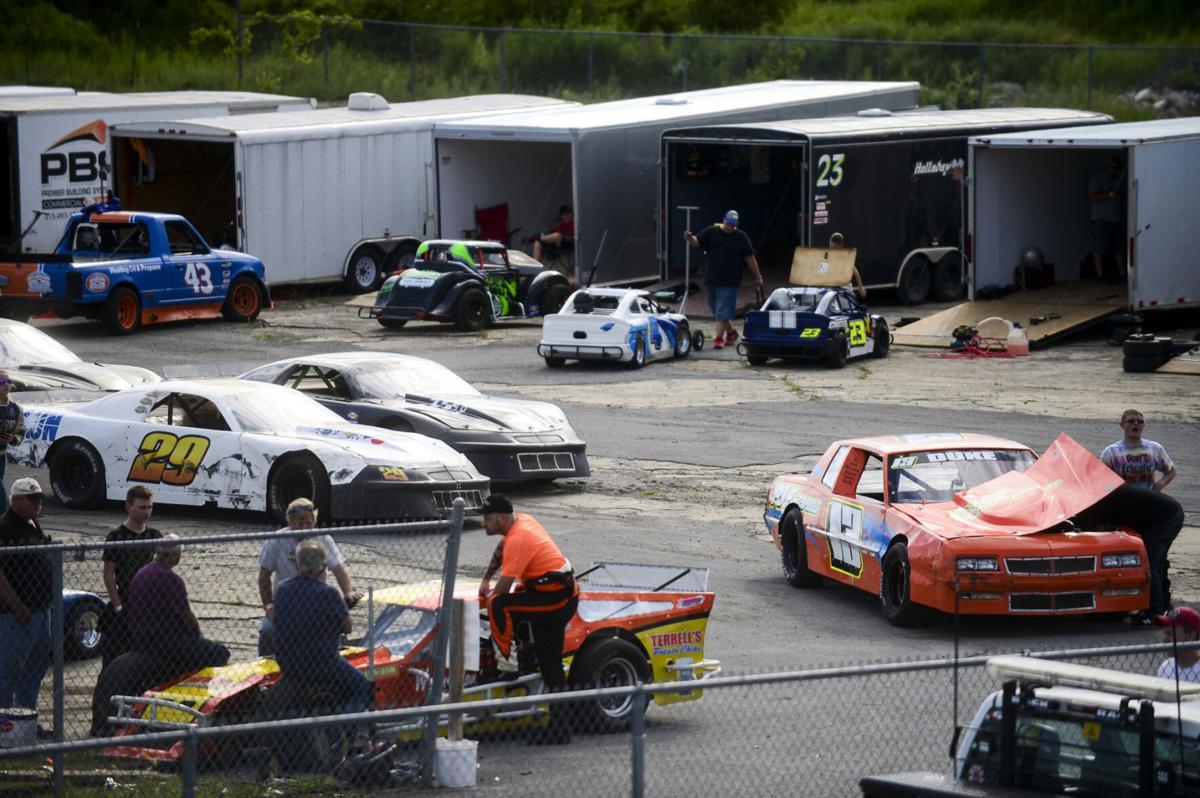 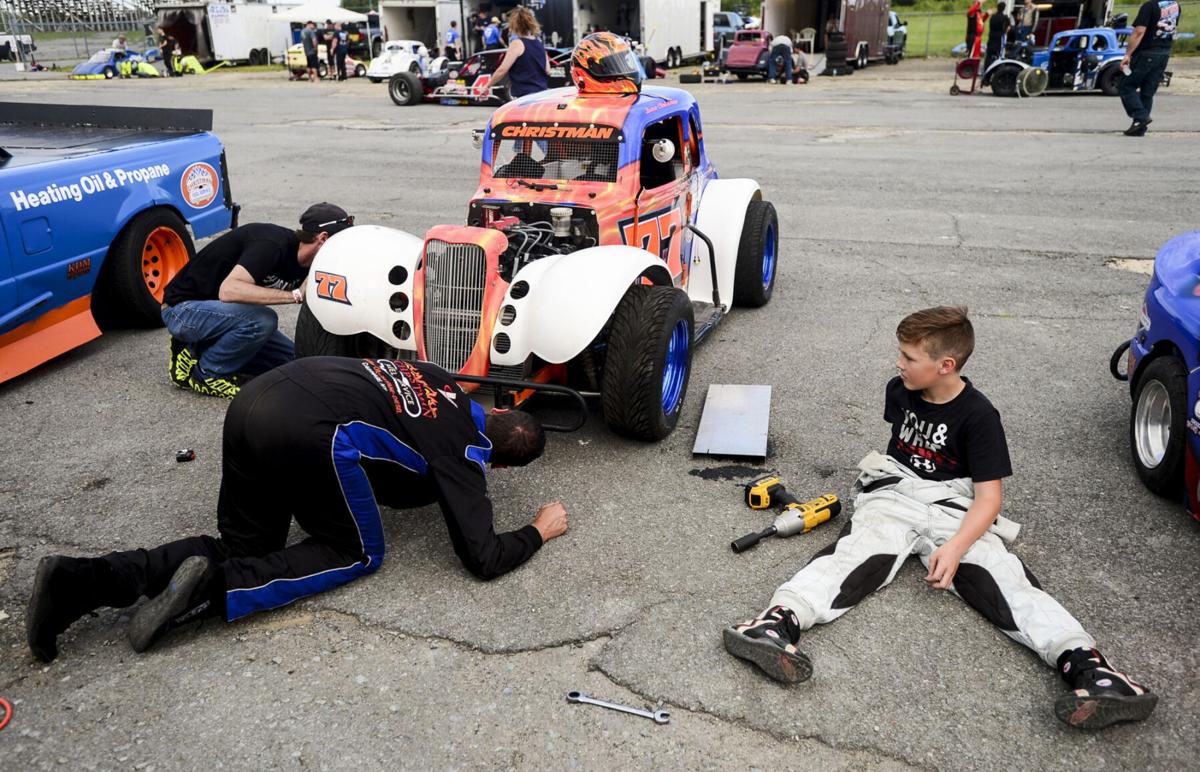 Jason Christman works on his car while his son Tyler Christman, 10, watches in between their races at Evans Mills Speedway in 2017. Watertown Daily Times 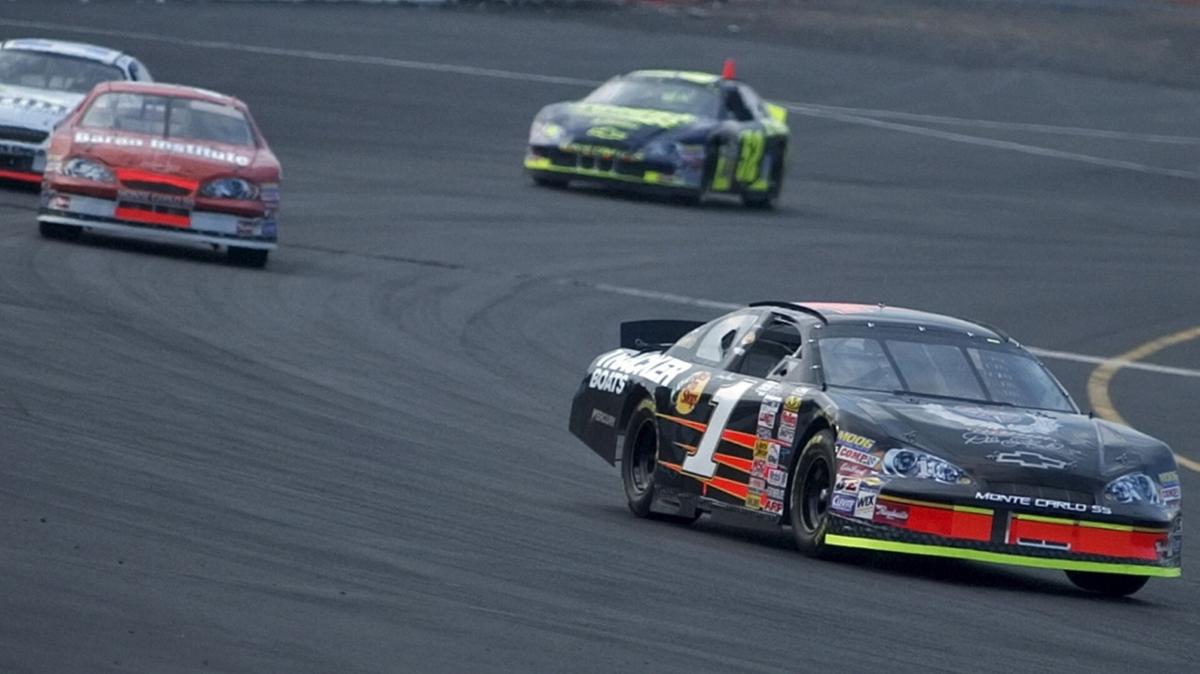 Jeffrey Earnhardt races in the Edge Hotel 150 at the Adirondack International Speedway in 2017. Watertown Daily Times

Jason Christman works on his car while his son Tyler Christman, 10, watches in between their races at Evans Mills Speedway in 2017. Watertown Daily Times

Jeffrey Earnhardt races in the Edge Hotel 150 at the Adirondack International Speedway in 2017. Watertown Daily Times

While Can-Am Speedway in LaFargeville was able to put on some form of a season, the other three area race tracks couldn’t even get off the starting line.

Evans Mills Raceway Park, Adirondack International Speedway in New Bremen, Mohawk International Raceway in Akwesasne and Oswego Speedway did not have seasons due to the COVID-19 pandemic. Can-Am raced without fans with the exception of one date and livestreamed their events on a pay-per-view basis. The other tracks were dormant for races because it wasn’t practical for them to open without spectators.

Evans Mills had recently come under the ownership of former racer Lee Gill and his wife, Peggy. The track was hoping to build off of a promising 2019 season that saw increased turnout in cars and fans. However, the season was scrapped despite hope fans would enter tracks in limited numbers.

“We only had one year under our belts, but we were really optimistic and enthusiastic about 2020,” Gill said. “We waited week-by-week all summer long to see if we could open.”

Gill is hoping fans will return to the track once restrictions are lifted. She has been following the news and discussion of a possible vaccine. Track officials believe that families will decide to stay close to home when they can race again.

“We see a lot of youth families and the sport is full of multi-generational families,” Gill said.

Oswego Speedway was set to be the host of SuperDIRT Week for the third straight year, but that was scrapped due to the state mandate barring fans. Losing a week’s worth of races was a huge blow to the area. It was slated to be a banner year for Oswego Speedway with the track celebrating its 70th anniversary.

“The great support we have received from the fans, race teams, and community through these unparalleled times has been overwhelming. It is very exciting to give everyone a really big thing to look forward to as we begin the countdown to May 2021,” track owner John Torrese said.

DIRTcar Northeast decided to hold a week’s worth of races showcasing the tracks around the state, including an Oct. 9 event at Can-Am Speedway that saw 213 cars attend. A replay of the Oct. 11 finale at Weedsport Speedway will be broadcast 7 p.m. Dec. 6 on CBS Sports Network.

Oswego and Evans Mills did allow racers to participate in practice sessions on weekends. Both tracks placed limits on the number of drivers and crew that could attend, with only race teams and essential staff allowed. Racers were happy to come out these dry runs and test their cars.

“They were desperate to do anything,” Gill said. “We always had a full schedule and we could have gone deeper into October or November because of the weather.”

Adirondack International Speedway was ready to hold its first season under the eye of new general manager Todd Thomas. However, the pandemic pushed back the regular Saturday night race card to next year. The track did have a pair of enduro events on Sept. 20 and Oct. 17 as well as a demolition derby put on by Paul Dickinson on Oct. 10. Both events were well-received and livestreamed via Facebook. These positive reactions give hope for next season, including the return of some winter events.

“We look forward to hopefully getting some sled racing, plus a slush crush this winter,” Adirondack said on its Facebook page. “Thanks again for your support and keeping this venue open this year.”

Mohawk also scrapped their season. The border between the United States and Canada being shut down to non-essential traffic was a major blow.

“Along with the closing of the U.S/Canadian border, we share the disappointment as much as our fans, staff and race teams are feeling right now,” said a statement made on the track’s web site.