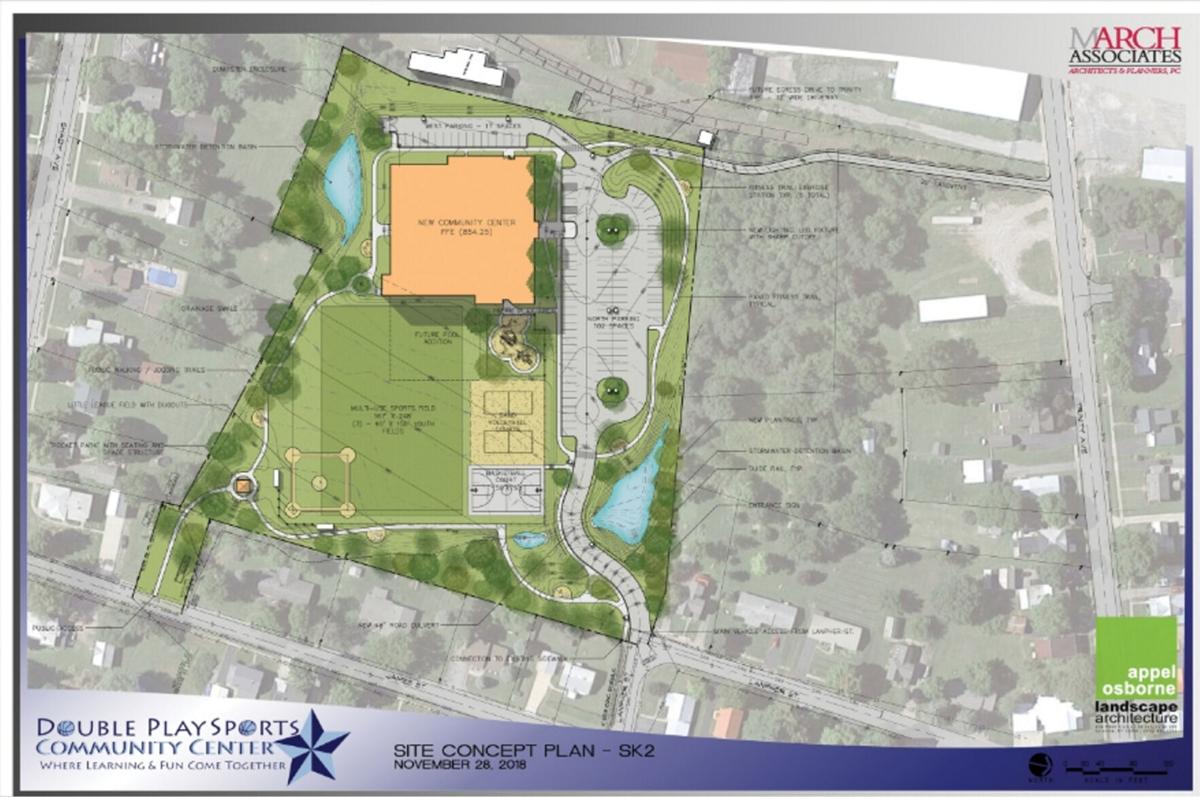 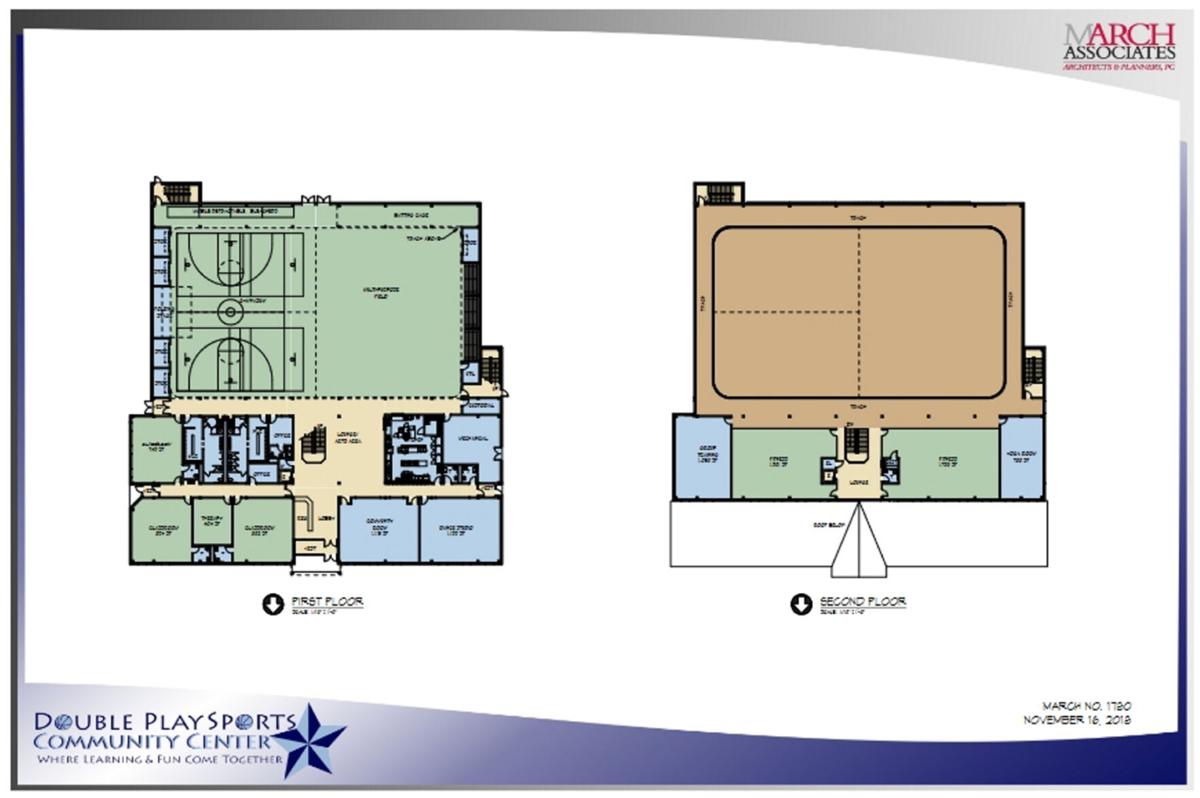 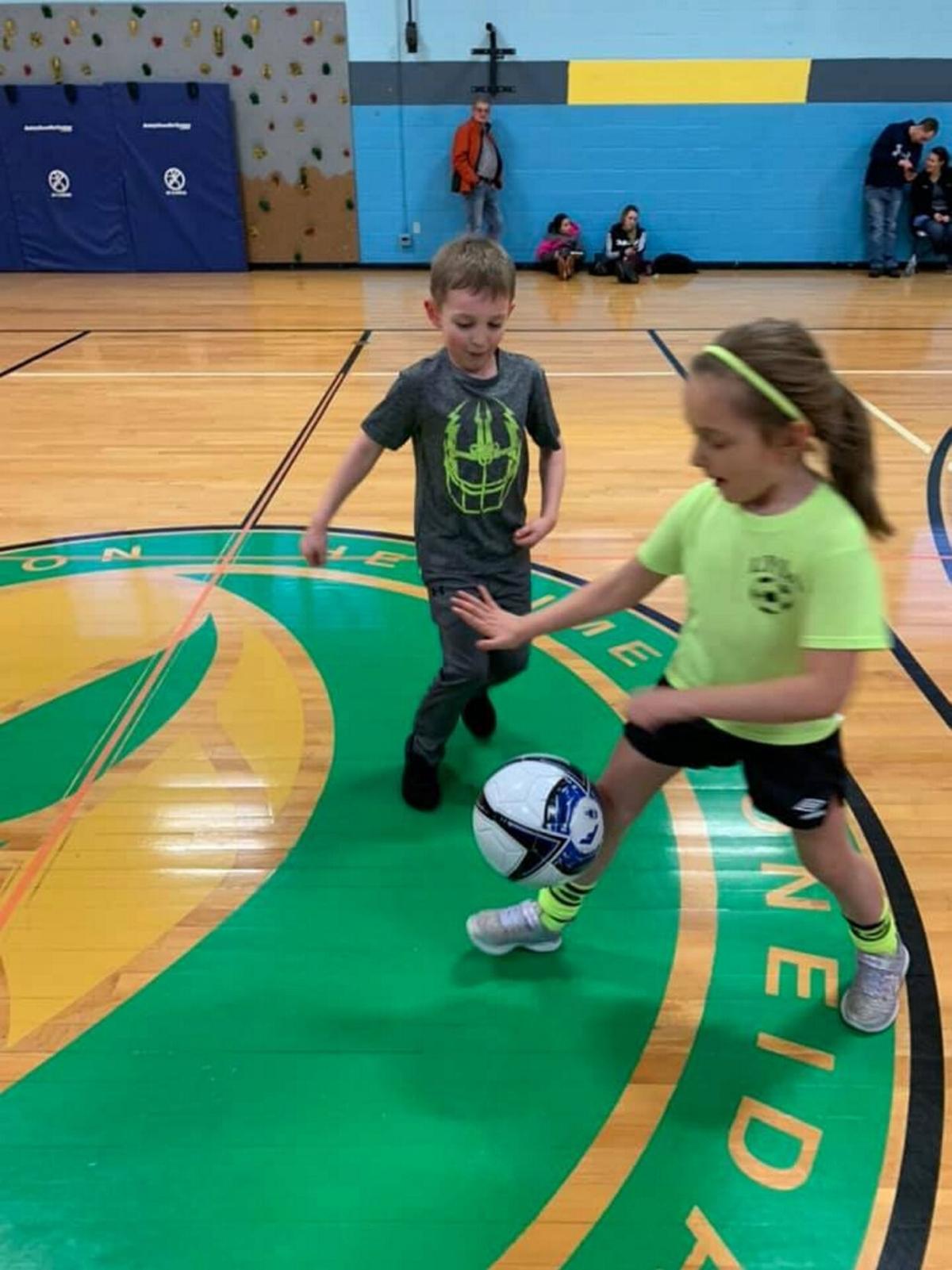 Double Play sports, which hosts youth activities such as basketball, is planning to open a new renovated facility for its athletics programs in the village of Lowville on Oct. 1. Provided photo

Double Play sports, which hosts youth activities such as basketball, is planning to open a new renovated facility for its athletics programs in the village of Lowville on Oct. 1. Provided photo

Dan Myers and Double Play Sports in Lowville have crafted a vision for not only the village, but for Lewis County as well:

This is to provide residents with athletic facilities and opportunities to train beyond the Lowville Academy campus and in the community.

The short-term goal is to this fall open a new facility in Lowville for training and athletic programs. The larger vision is for Double Play, a non-profit organization, to build a complex — the Double Play Sports Community Center — also in the village, which would house all of its current programs.

“This is one of those amenities that most other communities have and we don’t,” said Myers, who serves as Double Play’s executive director. “We think it’s a tremendous asset and a project that will transcend Lewis County.”

Firstly, a new site is on track to be opened primarily for athletics on Oct. 1 in the former furniture story on Shady Avenue in Lowville.

This will include training facilities for baseball, softball, wrestling and even golf.

“We have group and individual training in baseball and softball, as well as athletic training sports specific, speed, strength and velocity,” Myers said. “And then we’ll have a wrestling program that will include youth and adolescents, that will run weekly.”

There will be two batting cages and two pitching machines and a golf simulator.

“Specifically for the wrestling is it gives them a place they can have on a regular basis and they can have their own schedule and not just be limited to just when the school is available,” Myers said.

Currently, most of Double Play’s athletic activities and programs take place in the gymnasium of the Jeff-Lewis BOCES building south of Lowville.

“It’s about 2,100-square foot that we will be renovating by Oct. 1,” Myers said, “and it will be a baseball, softball, wrestling and golf area that we will be opening up. It’s all indoor-only.”

Creating even more space for these activities would provide even more access, especially for younger athletes in school.

“One of the concerns is the spacing in our schools is so difficult because of the interscholastic sports,” Myers said. “So having an organization like Double Play to create spaces, allows for more appropriate timing for some of these programs so they’re not worried about whether it’s going to be canceled or if they’re just going to be in the cafeteria at the school. So, know they can have a place that they can kind of call their own and to train, which is nice.”

Myers continued: “So like some of the youth sports that aren’t tied to school, it’s hard for these youth programs to find space, so we’re trying to create a space individualized for them that these groups can call their own.”

Double Play first opened in 2011 by setting up shop in the then-St. Peter’s gymnasium, hosting activities and training.

“As a non-profit, I’m the executive director and I founded it and I have a board of directors,” Myers said. “We have 10 directors on the board that make the decisions and work with me to really be stewards of what our mission is.”

Myers said Double Play has been able to “secure some fund-raising monies to secure the equipment and the turf for the facility,” Myers said. “So there is no other baseball, softball, wrestling facility in the area that is just specifically designed for that.”

Lowville has been successful in multiple sports over the years, including advancing to the state final in boys basketball in 2019 and also winning a Section 3 title in football later that year,

“Lowville is a huge sports town,” Myers said. “And particularly with your spring sports, they’re very limited to what they can train during the winter here. So many people have to travel to Syracuse and Utica, so this is an opportunity for us to allow families not to have to travel in the wintertime and utilize a local facility, and be able to train here for those sports that they love in the spring.”

Myers coached varsity baseball at Lowville Academy for 20 years and has also coached basketball and softball at the school.

“As a coach there one of the biggest things that we really strived to have kids to do, is you build your championship teams in the offseason,” Myers said. “So the work you do outside of the season is essential to the success during the season.”

He continued: “So when you have kids asking ‘where can I go, how can I train for these different sports?’ and you don’t have those amenities in this area, that’s what has really pulled on our board and myself to create a facility where these kids have a place to go,” Myers said. “We’re asking a lot of parents to pay for higher-priced programming in facilities outside of our own county. And most of them have to go to Syracuse or Utica for any kind of baseball or softball training.”

The weather during the winter months can also be a deterrent to traveling outside the region for sports facilities.

“The weather with (Route) 177 and (Route) 12 traveling to Utica, they’re very limited,” Myers said. “I know a lot of people are excited about the opportunity, not just for the bigger project, but even the smaller project for this site, just to kind of get some things moving again.”

Myers is also excited about the possibilities and potential of Double Play’s current and long-range projects for the community.

“I am, it’s something that we’ve worked on for a long time and Lewis County is a place that I cherish and the board cherishes about giving opportunities that other communities have that we don’t have here now,” Myers said. “We’re here to serve the greater need of the community and that’s what our ultimate goal is.”

Double Play’s larger long-term goal is the construction of a new facility — the Double Play Sports Community Center — in Lowville, which will house all its activities, some that stretch beyond athletics.

“It’s a seven-acre piece of property in the middle of Lowville which is located in between Shady and Trinity Avenue,” Myers said. “The new facility obviously is kind of designed to bring the three locations that we currently have under one building,” Myers said. “So some of the key components of the facility would be a senior and teen center, a walking track indoors, a gymnasium and a multi-purpose turf area for the indoor facilities.”

The proposed venue wouldn’t just be confined to indoor activities.

“Outdoor facilities would be a multi-sport play area, a handicapped-accessible and free-to-the-community walking trail,” Myers said. “ ... The goal is the construction of a new facility to bring all its needs under one roof.”

Double Play has additional venues in Lowville, including a fitness and dance facility on Utica Boulevard, which also includes group fitness and senior fitness and wellness programs; and another site on North State Street which is “our teen and senior center and that’s where we conduct all of our enrichment programing, which includes art, photography, music and then hold a space camp and different activities and programs for seniors and youth alike.”

Myers is encouraged with the interest the community has shown about the long-term project.

“It’s gotten a lot of new life with some donors and the county coming on board for a possible shared project,” he said.