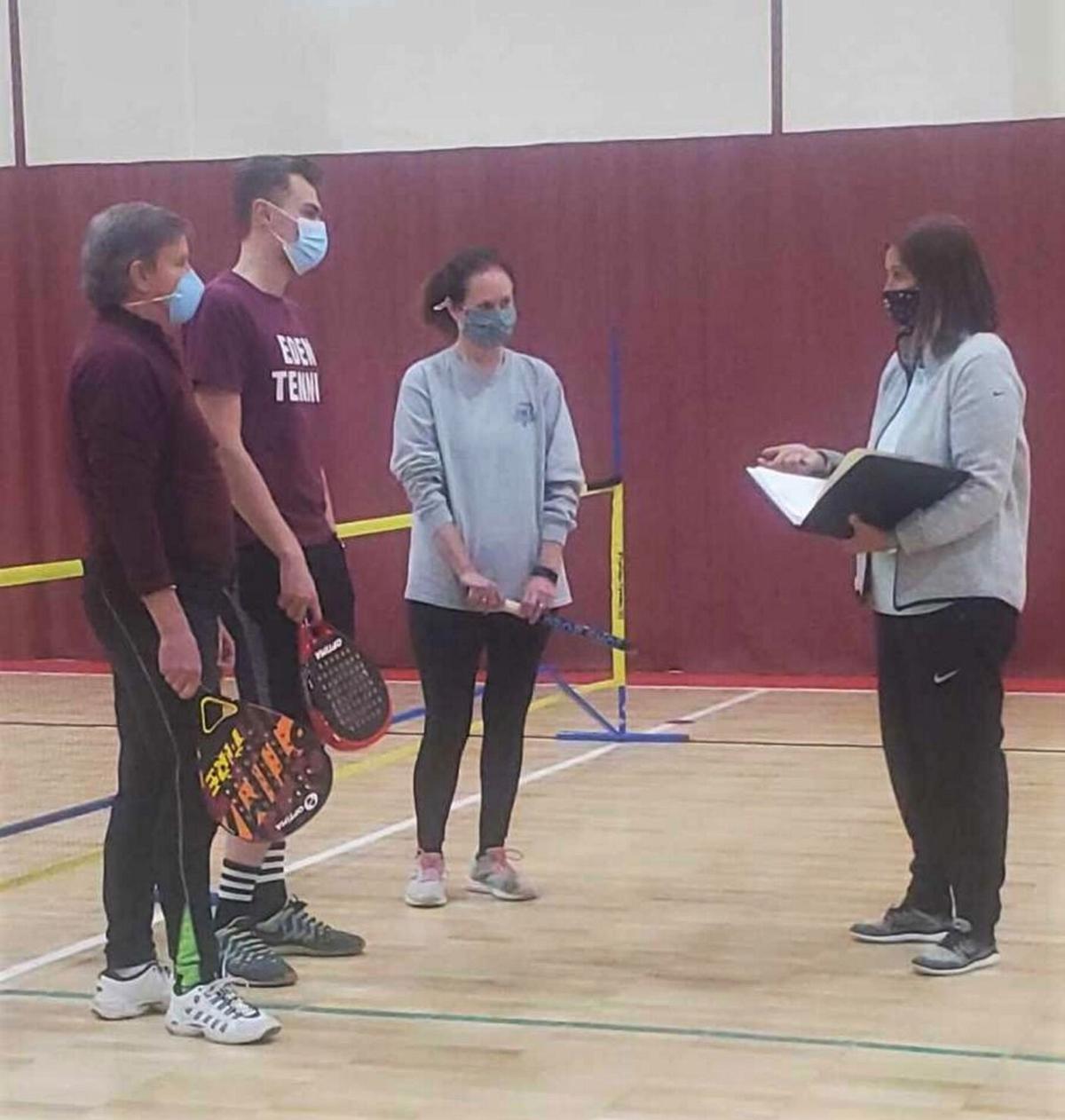 Watertown’s Adrienne Alteri, right, has been playing and teaching tennis for more than 30 years and is the USTA’s Eastern Woman of the Year. Provided photo 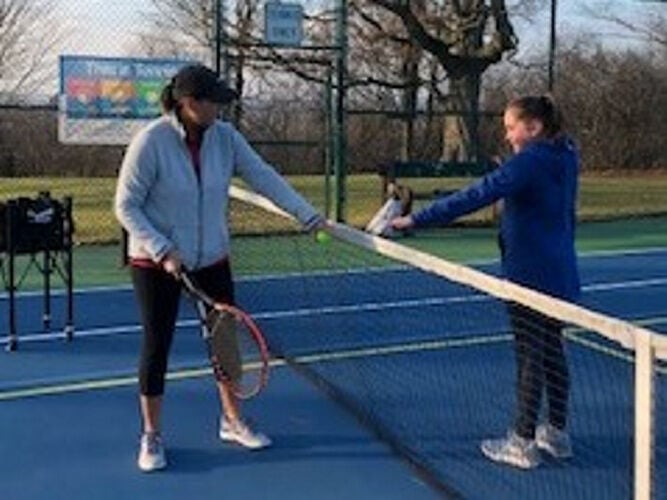 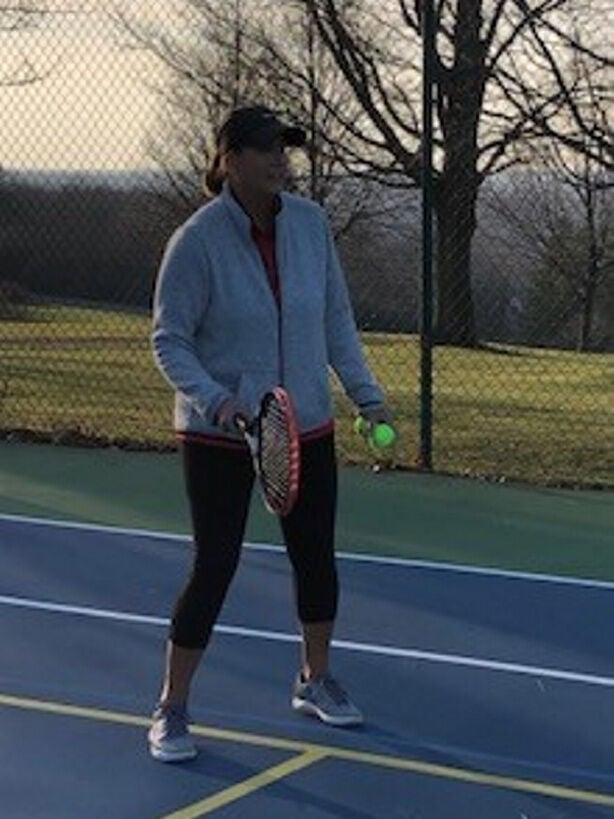 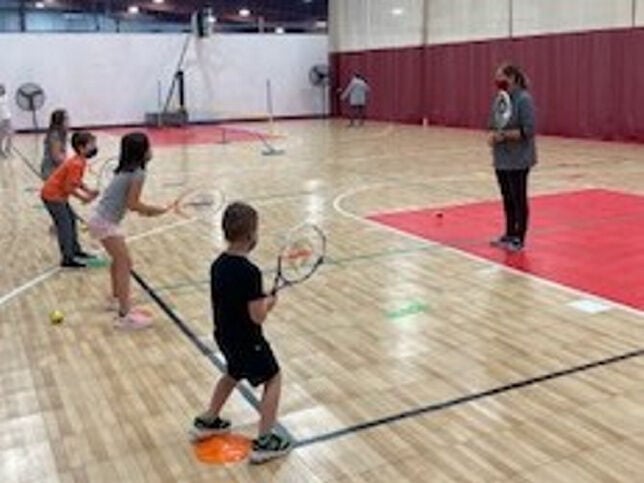 Adrienne Alteri, shown giving tennis instruction to local youth, has been named the USTA Eastern Woman of the Year for her efforts as a volunteer in recognition of outstanding service to tennis. Provided photo

Watertown’s Adrienne Alteri, right, has been playing and teaching tennis for more than 30 years and is the USTA’s Eastern Woman of the Year. Provided photo

Adrienne Alteri, shown giving tennis instruction to local youth, has been named the USTA Eastern Woman of the Year for her efforts as a volunteer in recognition of outstanding service to tennis. Provided photo

Watertown’s Adrienne Alteri has been a part of the sport of tennis for more than three decades, first as a player and later as an organizer of the game.

Considered one of the top contributors to tennis in the area, she continues a prominent role in the region in teaching and growing the game.

For her efforts, Alteri has been selected as the U.S Tennis Association’s Eastern Woman of the Year and will be honored with the award.

“I was shocked when I heard,” Alteri said of the award. “But I’m appreciative of anything and everything USTA does, because they help me do a lot of what I do for the community.”

Alteri has been playing tennis for 34 years since she took up the sport while attending Immaculate Heart Central, as “one of the top female players in the area,” according to the USTA.

“The USTA their main goal, which I totally agree with, and their mission is to promote tennis,” Alteri said. “I love tennis and I like to promote it in our community because for a while there it seemed like it was dead around here.”

She’s also been instructing as well and organizing local tennis events, including the annual City of Watertown tournament, since 1989. She and several other volunteers founded the North Country Tennis Association in 2013.

“It’s a very rewarding profession,” she said. “It is an enjoyable physical and mental sport and the social aspects of it. It’s very rewarding when somebody asks for your help, you give it to them and they succeed.”

Wanting to teach the sport even more, she was certified as a teaching professional with the United States Professional Tennis Association in 2015.

Alteri was also recognized in 2017 by USTA Eastern as she was presented with the organization’s award for regional Volunteer of the Year.

“I work with five-year-olds up to 83-year-olds right now, so it doesn’t matter what age you are,” she said. “If you’re willing to learn, move and have fun on a court, I think anybody can get on a court with a racket in their hand and learn to play tennis, and that’s any form of tennis.”

She and the NCTA helped build a campaign to find a permanent indoor tennis facility after the Watertown Racquet Club closed in 2011.

With the closest indoor courts at St. Lawrence University and in Syracuse at the time, Alteri and the NCTA persuaded the Watertown Family YMCA to include indoor tennis courts in their expansion plans.

“With our north country weather, part of NCTA’s mission was to really have people play tennis on a year-round basis,” Alteri said. “And this will be part of the new YMCA Community Center with two indoor courts. The plan is to have two courts, one court solely for leagues and people to come in and be able to play; and a second court to grow tennis, so programs with kids or adults, with lessons. Again, to just be able to grow tennis, and you really can’t grow tennis with just one court.”

During the outdoor tennis season, Alteri spends most Mondays and Wednesday evenings organizing match play for adults on the Watertown High School courts, many times until dusk.

“It’s been pretty successful and fun as well,” Alteri said of the summer program. “And it’s usually a mix of ages, sometimes we’re able to get younger kids to play with the older generation.”

The season often culminates with the city tournament held at Watertown High, an event that has taken place since 2014, returning that year after being previously held until 1988.

“Everybody that started over the summer, you’ve got people who just learned to play, you’ve got returning players that haven’t played a while and it takes a little while to get their rhythm back,” she said. “And everybody gets better and better throughout the season, so they look forward to a little competition.”

In junior tennis, Alteri has organized programs at the YMCA, such as POP Tennis in the gymnasium at the current YMCA in Watertown, which is a scaled down indoor version of the sport using paddles; as well as tennis festivals and events.

“I think that’s one of the impressive things is most of my programs are done without real tennis courts,” Alteri said. “My after-school programs, those were all done in the gymnasiums in the schools, I think once, one of them I did in a cafeteria. The USTA developed that program where we were able to do it in just a very large open space.

“So I think that’s where it all started, I took that and ran with it because we obviously in north country are always fighting for gym space with not having any tennis courts. And trying to be innovative to figure out how to make those programs work, even here — and ultimately the goal was to grow tennis.”

“My goal is to reach out to surrounding areas and more of the school districts in the area, but you have to reach out to the athletic directors and there has to be interest,” Alteri said. “So, it’s always a challenge, and that’s not just here in the north country, but around the nation. They’re trying to breach that doorway to get in, because it’s always been basketball, soccer, football and those things, and not tennis. It’s really to reach that thought where it’s ‘let’s teach them tennis.’”

Alteri has also worked with the YMCA and other area after school providers to add tennis to their program. In many cases, she’s volunteered her time to run the program, and she’s also trained staff members so tennis can continue while she moves on to a new after school site.

She also hopes to add tennis to the program’s offered at the South Jefferson SportsPlex in Adams.

Also from Alteri’s efforts and guidance, the Watertown Family YMCA is moving forward with plans for a new community center, which will include two indoor tennis courts.

“Without Adrienne, tennis in the north country might not exist,” Denise Young, CEO of the Watertown Family YMCA, told the USTA. “With her we have thriving tennis programs even though we do not have a single indoor tennis court — yet. She has single-handedly kept youth tennis alive and real. She also has generated new and renewed interest in tennis by bringing POP tennis to us so that even with the lack of facilities ... Adrienne is a force to be reckoned with and her determination is not only keeping tennis alive in the north country but ensuring a future for our region that allows tennis to be an opportunity for every child. There can be no greater accomplishment for a tennis woman of the year than that.”

According to the USTA, the USTA Eastern Tennis Woman of the Year honored “is awarded to a woman in recognition of her outstanding volunteer efforts and service to tennis in the USTA Eastern section.”

An awards dinner for the 2020 USTA awards won’t be held next year due to precautions because of the coronavirus pandemic.

Alteri has also attended multiple training sessions, including the National Schools Training in Orlando in May 2019, and now serves on the USTA Eastern Clinician team, as well as on the Western Regional Council.

Alteri looks forward to continue to help grow the sport of tennis in the area, looking toward the completion of the indoor courts at the future YMCA Community Center in Watertown.

“I think we are just overly excited that we’re actually going to have two indoor courts,” Alteri said. “I believe ground breaking isn’t supposed to happen until 2021, and so we’re looking to do whatever it takes to keep moving that forward. And going from actually having it completed to be able to move any programs or people right into the space once it’s built and have those courts utilized fully.”

She added: “And I can say that when COVID is over, I want to let people know that I’ll be there at the Watertown courts welcoming anybody who’s willing to come out and play.”