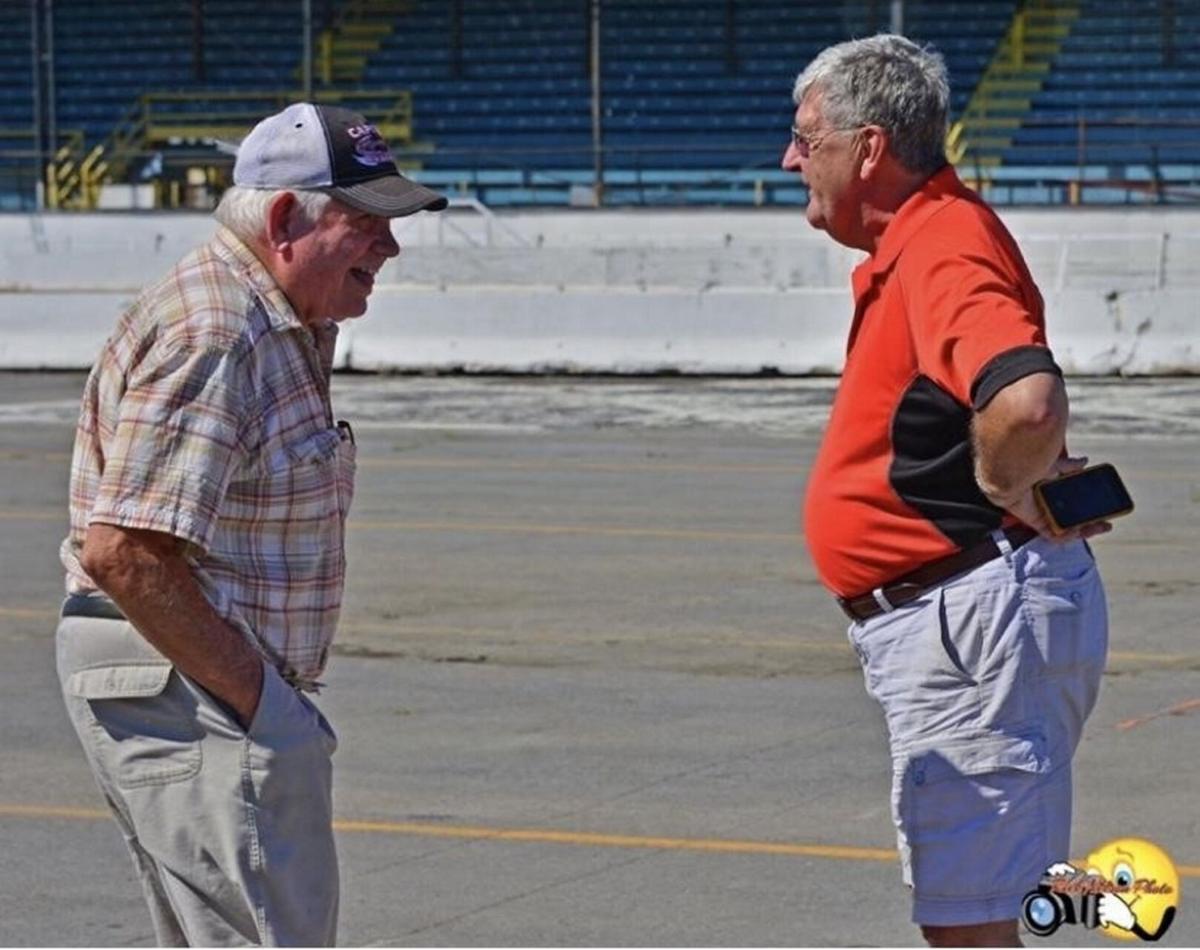 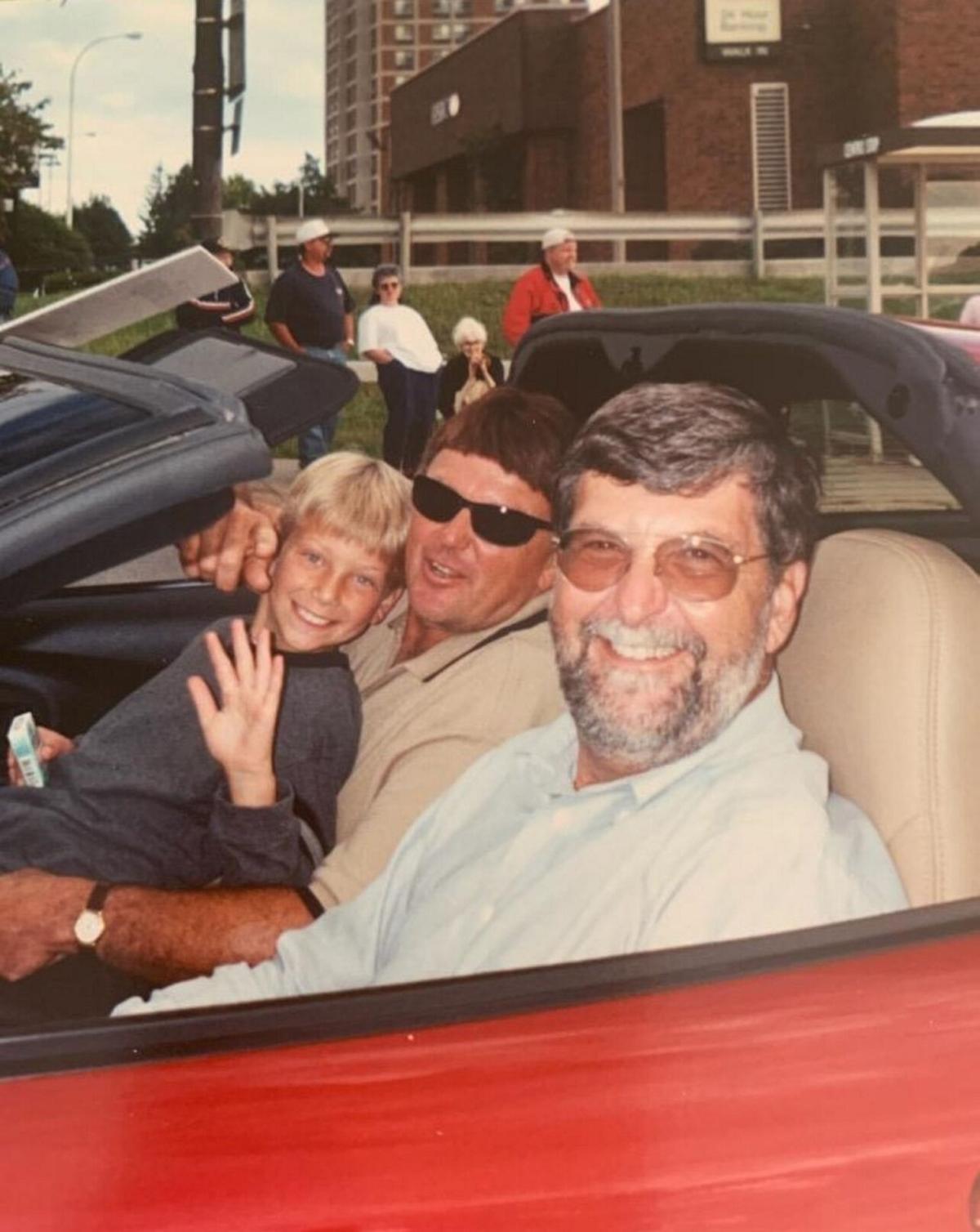 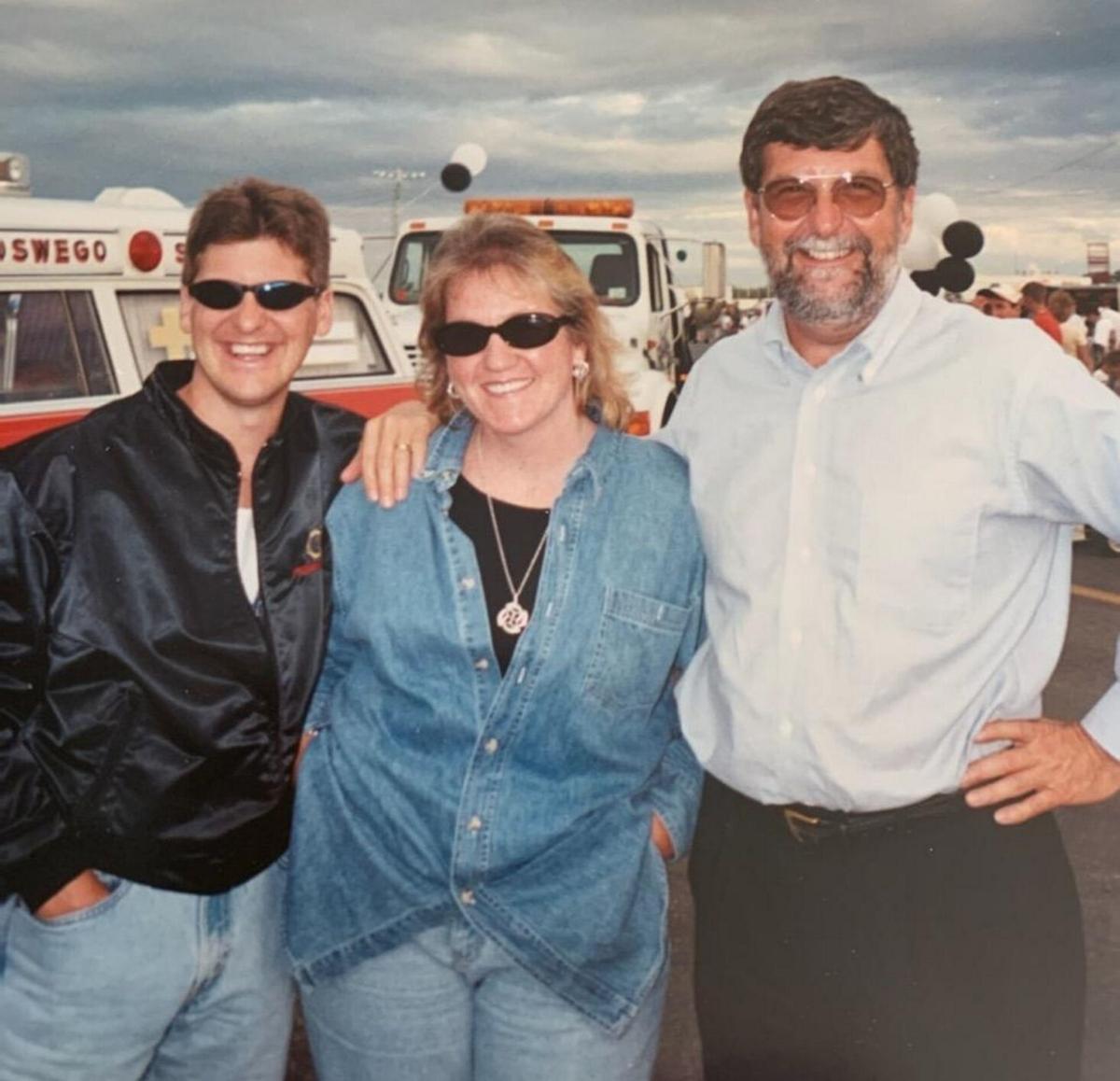 Longtime race announcer Roy Sova, right, poses with his son, left, and daughter-in-law, center, during a past race at Oswego Speedway. Photo provided by Roy Sova.

Longtime race announcer Roy Sova, right, poses with his son, left, and daughter-in-law, center, during a past race at Oswego Speedway. Photo provided by Roy Sova.

OSWEGO — Roy Sova envisioned spending this past Labor Day passionately calling supermodified racing at Oswego Speedway’s annual season-closing tradition, just as he has every year since announcing his first race in Turn No. 1 at the 1964 Budweiser Classic.

Sova — the 76-year-old Oswego native and graduate of Oswego State University — had missed just two total events during 55 straight years announcing for the Speedway before state COVID-19 mandates forced the cancelation of the 2020 season.

Sova’s iconic voice excitedly describing the weekly features is one of the many thrills area race fans will anticipate for Saturdays next summer when Oswego plans to reopen following the lost year. The Speedway also announced last week that it will not host Super DIRT Week in October as planned.

The Hall of Fame announcer has been a regular at Oswego’s “Fast Friday,” closed test sessions this year, watching as a limited number of drivers run solo laps while all maintain distance in the pits.

“This has been a tough year, I’ve certainly missed the track, Fast Friday has been some of the most exciting stuff I’ve seen all year as far as racing goes,” Sova said during a recent phone interview.

“I’ve gotten a lot out of Fast Friday and I enjoy doing that for a lot of reasons, but Saturdays have become pretty boring,” he added. “That’s probably the thing I miss the most this year, is the interaction with the teams, the drivers, the fans, everybody. There’s been no interaction.”

Sova has remained dedicated to his role as the voice of Oswego Speedway, highlighted by an 11-year span in which he drove weekly from his home in North Carolina and an additional seven years commuting to Oswego from Cape Cod.

He became a fan of area racing when he first attended Oswego Speedway in its debut season to watch his uncle race in the new ‘Steel Palace.’

Sova was working for area AM radio station WOSC when he was tasked with broadcasting the 1964 Bud Classic live, and said he did so sitting on a cube fan in turn one, becoming nauseous by the end of the race due to constantly turning around in circles.

He was soon hired by then-owner of Oswego Speedway, Harry Caruso, as an infield announcer and quickly became the second voice in the booth behind Jack Burgess until taking over the top role in the mid-1980s.

“It’s something I’ve done since I was 20 or 21 years-old, and I’ve always gone to the track,” Sova said. “I’m a huge race fan and I go to races all over the place — asphalt, dirt, short track, long track, any kind of car, it doesn’t matter. As far as Oswego goes, it’s been a part of my life and it would be hard to walk away from something that had played such a role in my existence for so many years.”

Sova worked a variety of other full-time jobs in TV and radio during a 47-year career in the industry.

He worked for stations in Oswego, Ithaca, and Binghamton, then moved into sales and management for a Binghamton TV station and a network in North Carolina before purchasing a staffing agency in Cape Cod. He retired in 2007 and moved back to Oswego County, but continued his duties at the Speedway regardless of his location.

Sova has branched out to announce races at roughly 30 different tracks in seven states and in Canada, and hosted studio shows during his broadcasting career with guests that included NASCAR legends like Richard Petty, Kyle Petty, Bobby Allison, Donnie Allison, Darrell Waltrip, and Ricky Rudd.

Sova described his approach in the booth as a race fan describing what he sees to other race fans.

“I always tell people, my favorite track is the one I’m at right now, and my favorite race is the one that’s going on right now,” Sova said. “It’s great to be able to recall all the great races I’ve seen, but it’s also great to be there watching them and being a part of the action, whether I’m announcing a race or just watching. I just enjoy racing. … It’s been a great ride for me, I’ve enjoyed it tremendously. I’ve made some fantastic friends, and not just at Oswego but at races all over the place.”

Though his voice has spread throughout the region, it remains synonymous with Oswego Speedway as a soundtrack to some of the track’s most memorable moments.

Camden Proud, the Oswego Speedway public relations director and a supermodified driver at the track, said that he had to make a strong effort to stop directly imitating Sova on instinct when he first started studying broadcasting.

Proud said that his grandfather and father also both speak fondly of listening to Sova call some of their favorite past races. Sova is believed by Oswego Speedway officials to be the longest-tenured announcer at a single track in the state.

“He’s always been my favorite announcer, I go to hundreds of races throughout the year all around the country, and there is no one that does it like Roy Sova,” Proud said.

“He’s somebody that I looked up to for a long time, somebody I idolized as a kid,” he added. “I would sit in my house and push race cars around the floor and call the race and tell my parents I was Roy Sova. It’s cool for me to get to work with him and get to know him, and I hope one of these times I’m not racing that I’ll get to call one with him.”

Sova was inducted into the Oswego Speedway Hall of Fame in the Class of 2007 as the first active employee to be enshrined. He was also presented with an engraved wristwatch as the Employee of the Year in the mid-1990’s, one of the only track officials, along with Dick O’Brien the year prior, to receive that distinction.

“(Those things) meant a lot to me, it’s a recognition of not just having longevity, but hopefully having done a good job over all those many years,” Sova said.