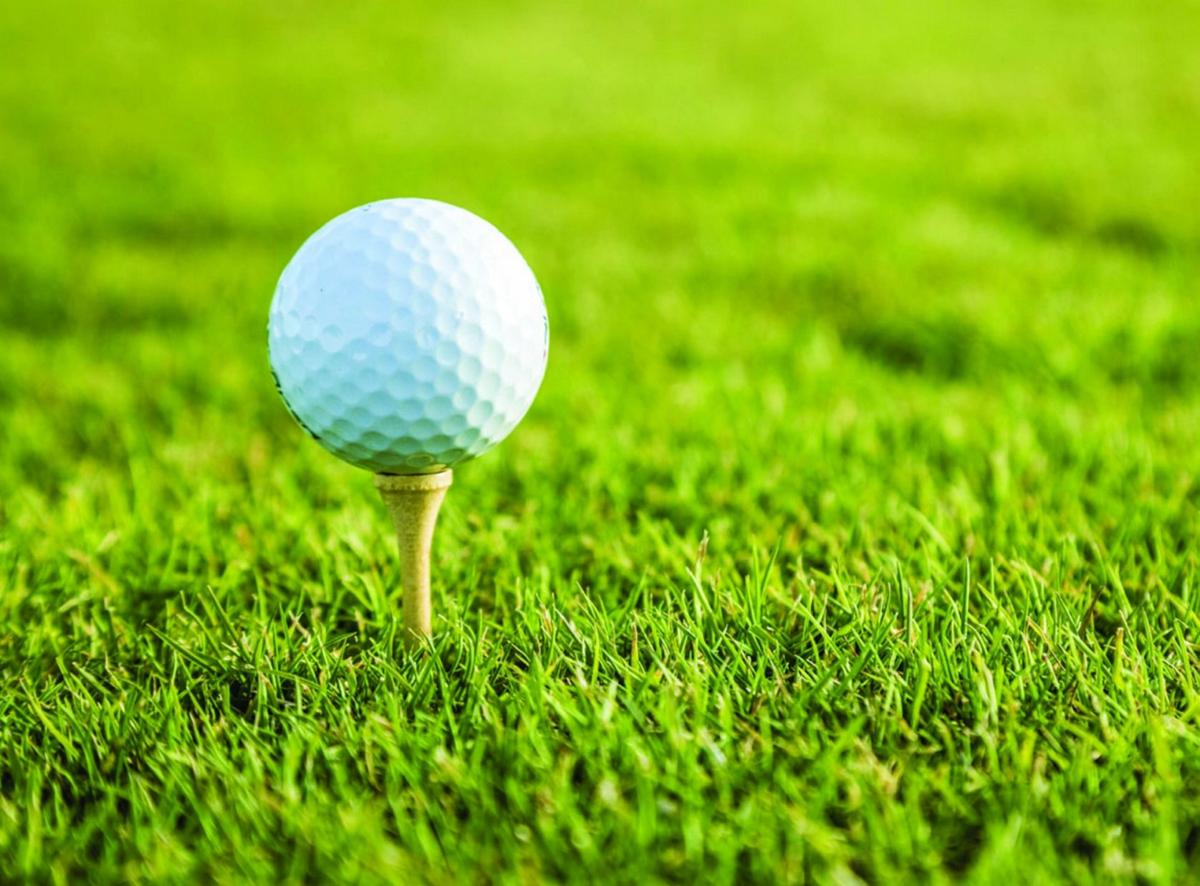 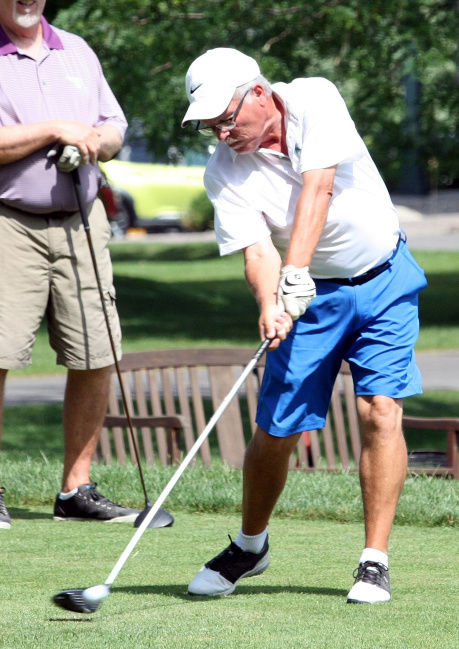 Malone native Steve Lang drives the ball off the tee on No. 8 East during a round at the Malone Golf Club on Wednesday. Lang will be the Senior representative for the Malone team during this weekend’s Six-Man Tournament. Watching Lang on the par-5 hole, which he birdied, is Dick Edwards. The duo was joined for the 18-hole round by Brian Fish and Mark Flick. John Gokey/The Telegram

Malone native Steve Lang drives the ball off the tee on No. 8 East during a round at the Malone Golf Club on Wednesday. Lang will be the Senior representative for the Malone team during this weekend’s Six-Man Tournament. Watching Lang on the par-5 hole, which he birdied, is Dick Edwards. The duo was joined for the 18-hole round by Brian Fish and Mark Flick. John Gokey/The Telegram

The Malone Golf Club will be the site for the 2019 edition of the Northern New York Golf Association six-man tournament, which is scheduled to take place Saturday and Sunday.

Eighty golfers from nine golf locations throughout the north country will vie for a six-man team title, along with individual titles for seniors, super seniors and juniors.

The site is even more important for the Malone contingent — which surrendered a 10-stroke lead after day one last year and fell by three shots to the winning team from St. Lawrence University at Tupper Lake Golf Course.

The past two times the Malone Golf Club hosted this event, in 2010 and 2001, the local players came away with victories to bring their total number of six-man titles to 13, which is third overall since the tourney began in 1934.

Ives Hill Country Club, which will not be attending this year’s event, leads the overall team standings with 32 titles, while the Massena Golf Club is second with 14, as Malone sits alone in third with 13 team titles.

Joining Malone and Massena for the 2019 tournament will be teams from Potsdam Town and Country Club (9 titles), Watertown Golf Club (6), Carlowden Country Club from the Fort Drum area (2), Tupper Lake (1), Gouverneur (0) and a pair of Canton-based teams in the form of the defending champs and a group from Partridge Run Golf Course.

Representing Malone on the six-man team, which will be looking to make amends for last year’s setback, will be Mike Patenaude, Graham Niles, Phil Swamp, Kris Hardy, Matt Laramee and Joe Delisle, while three-time Malone Golf Club champion Steve Lang will represent the local establishment in the Senior Division.

Lang noted that he qualified for the six-man roster, but opted to represent Malone in the Senior Division and “allow one of the younger guys to play on the six-man team.”

All of the players will take on the West Course on Saturday in an 11 a.m. shotgun start, then move over to the East Course on Sunday. The Malone Golf Club’s West Course is 6,592 yards from the blue tees, where the team competition will play from, while the seniors, super seniors and juniors will tee off from the white tees, with a total distance of 6,037 yards.

The length from the blue tees for the East Course is listed as 6,545 yards, while the white tees play at 6,121 yards, with flag colors of blue, yellow and red dictating where the hole is located on the green.

Golfers wishing to play on the local links, contact the Malone Golf Club Pro Shop at 518-483-2926 to arrange a tee time.