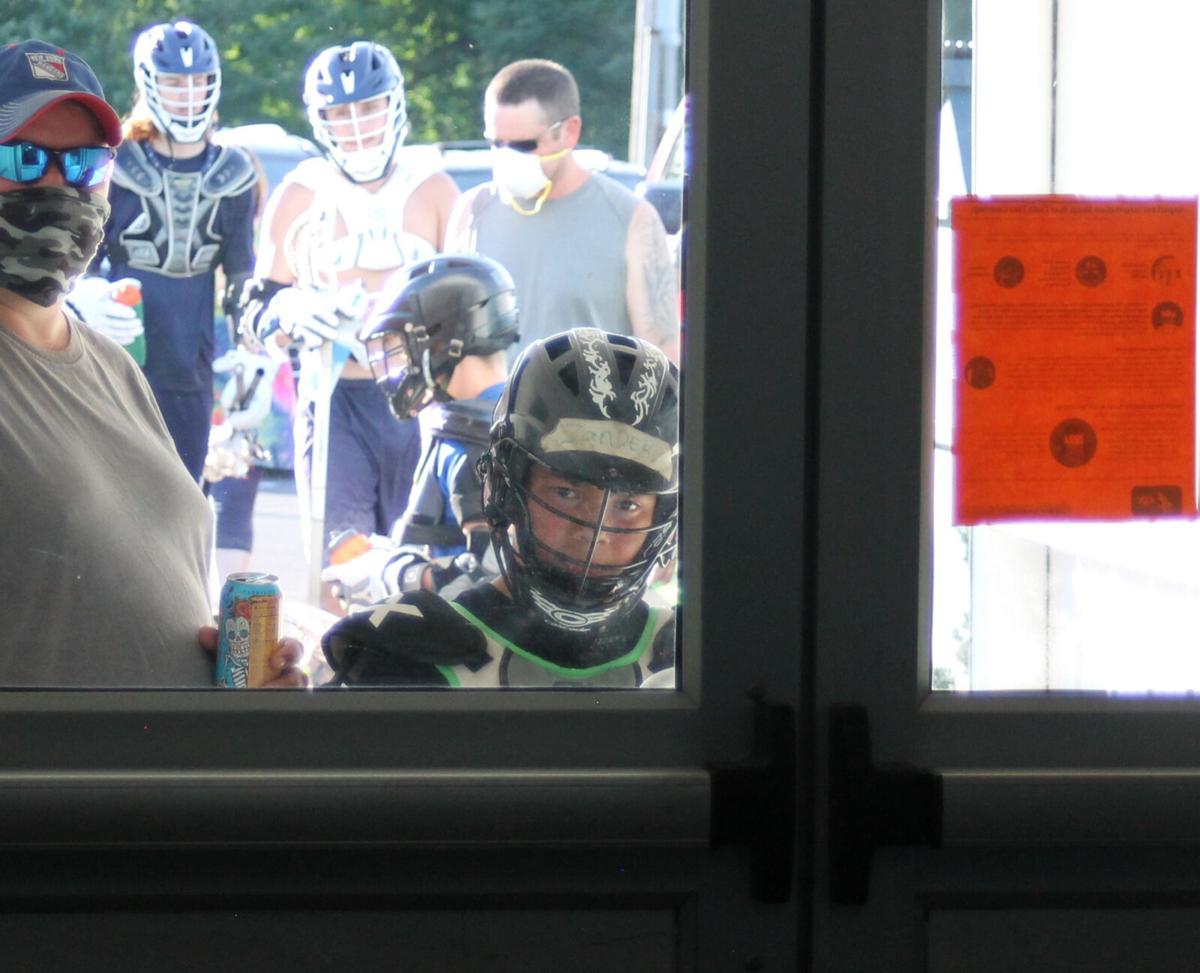 A young lacrosse player waits to be allowed into the Tri-Town Community Center to compete on the first night of the NNY Box Lacrosse League season Wednesday. Alain St. Pierre/Johnson Newspapers 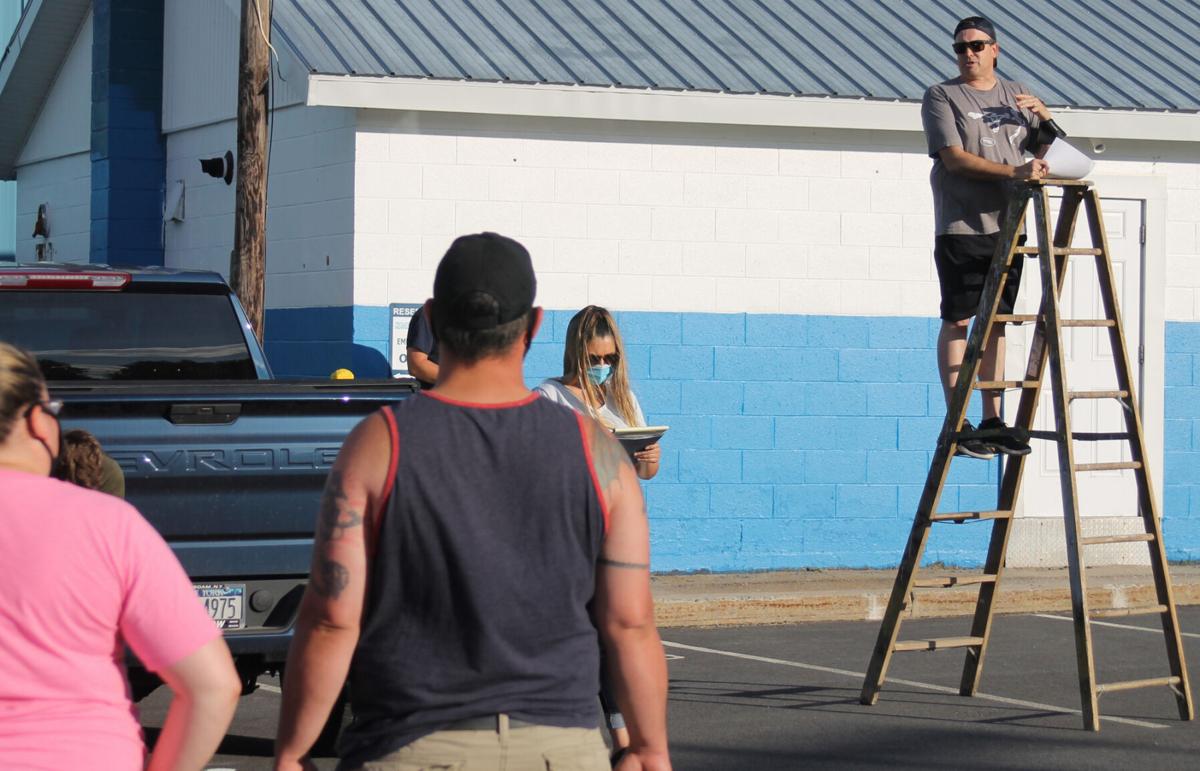 Northern New York Box Lacrosse League Director Chris Rose goes over social distancing and personal safety guidelines with players and parents in the parking lot of the Tri-Town Community Center before the start of first games of the 2020 season. Alain St. Pierre/Johnson Newspapers 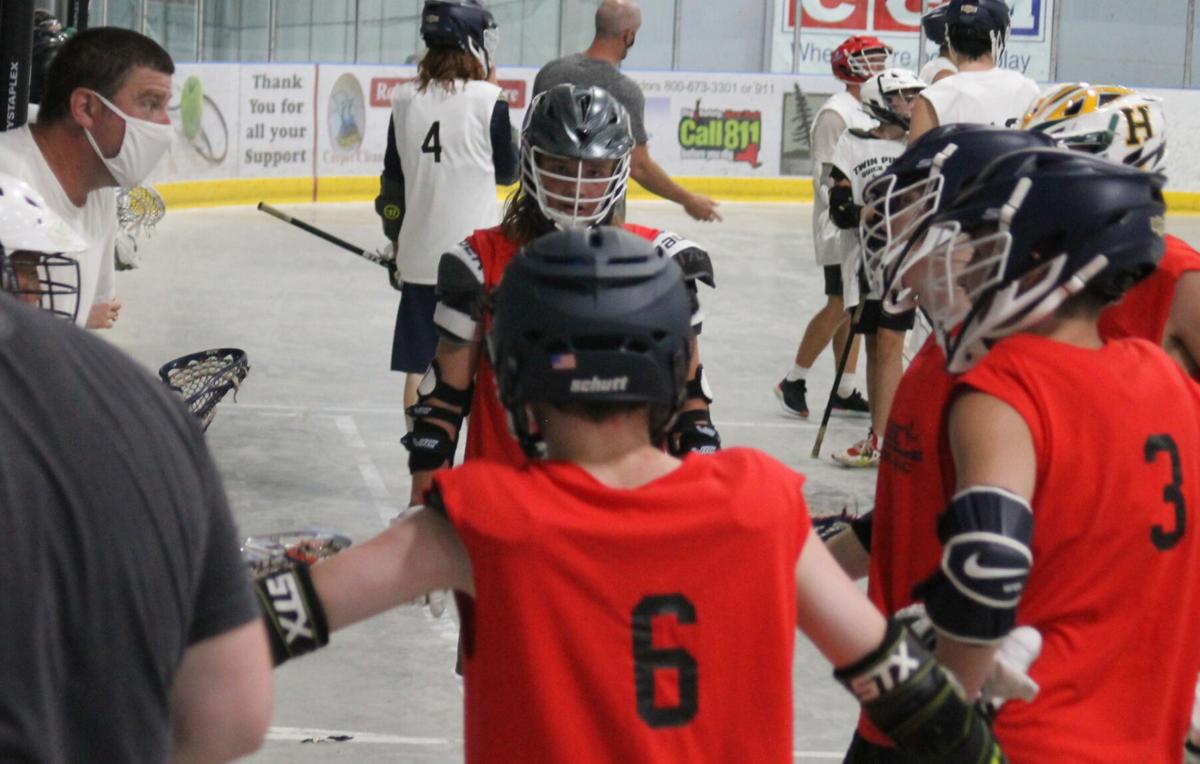 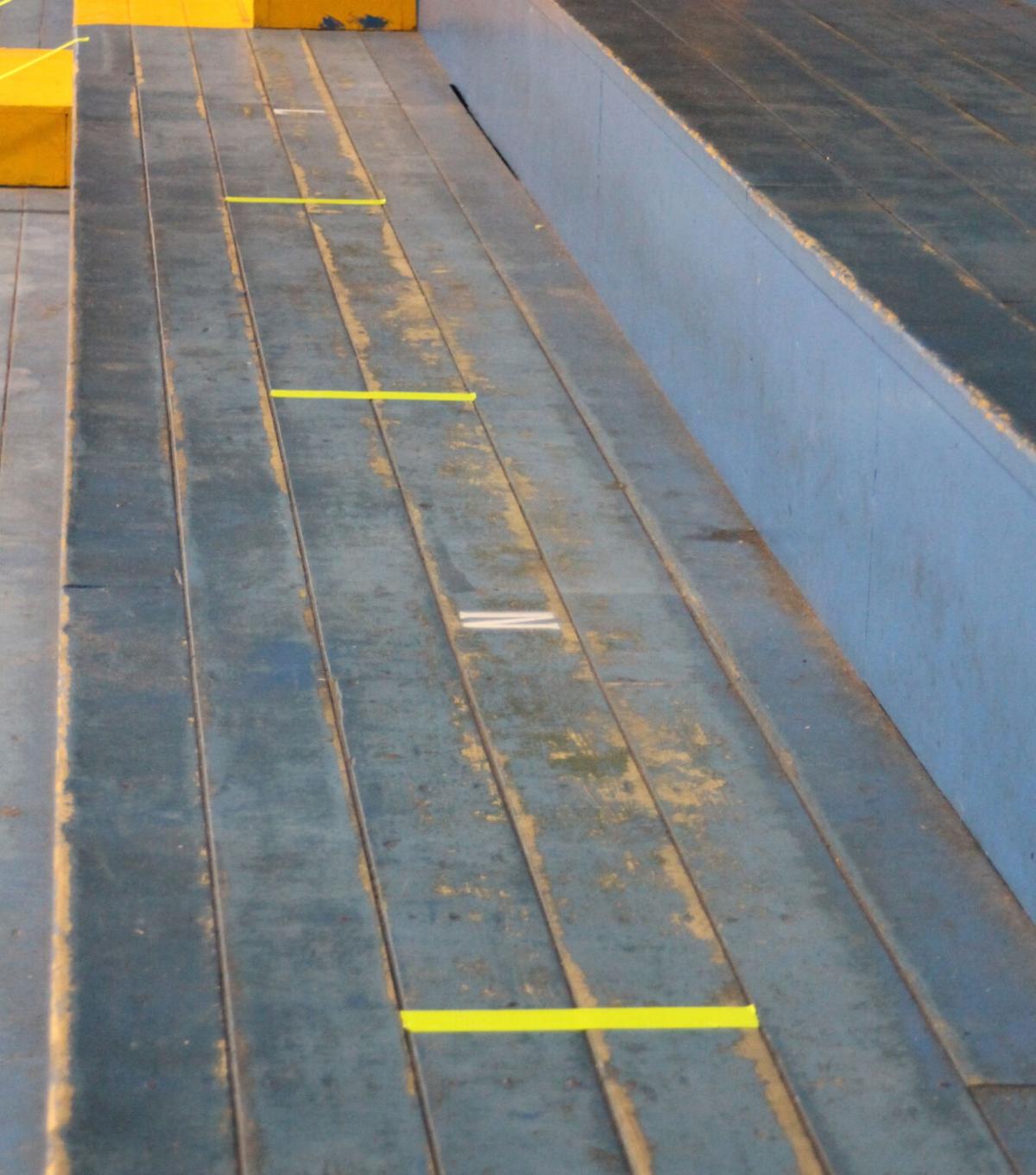 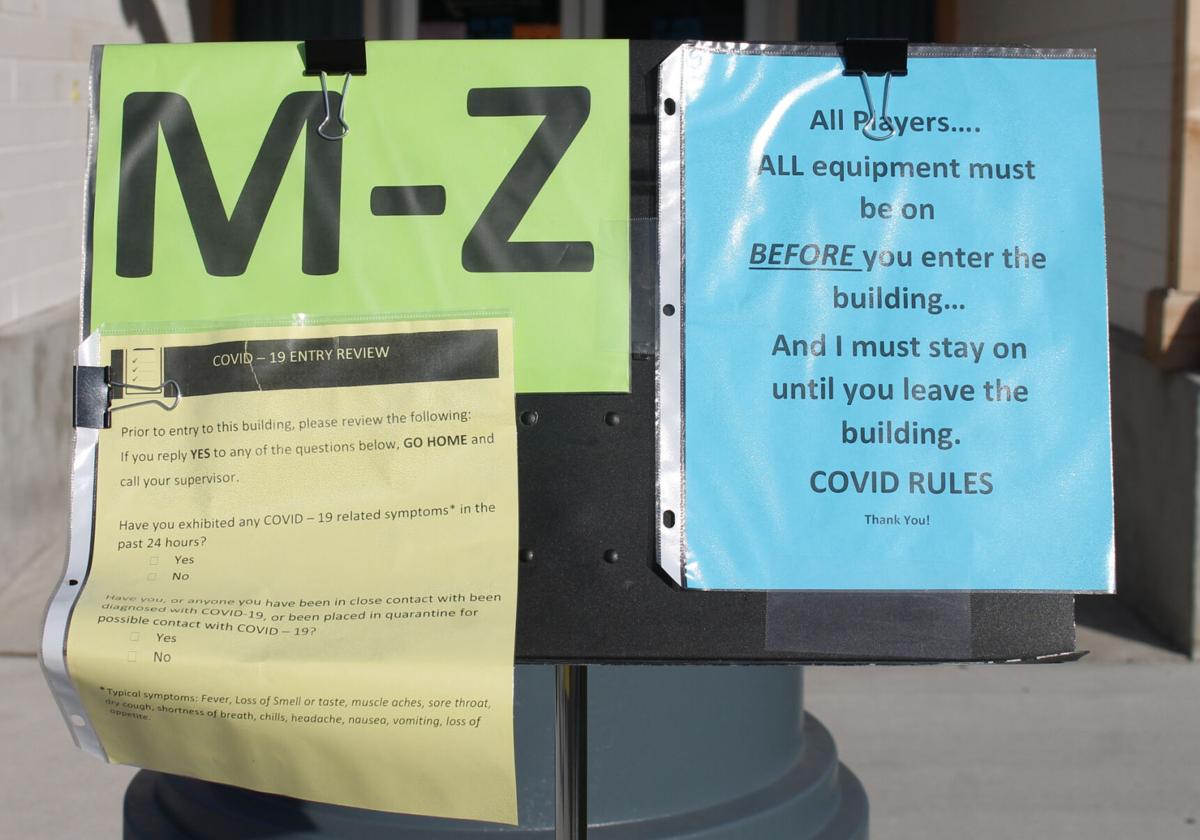 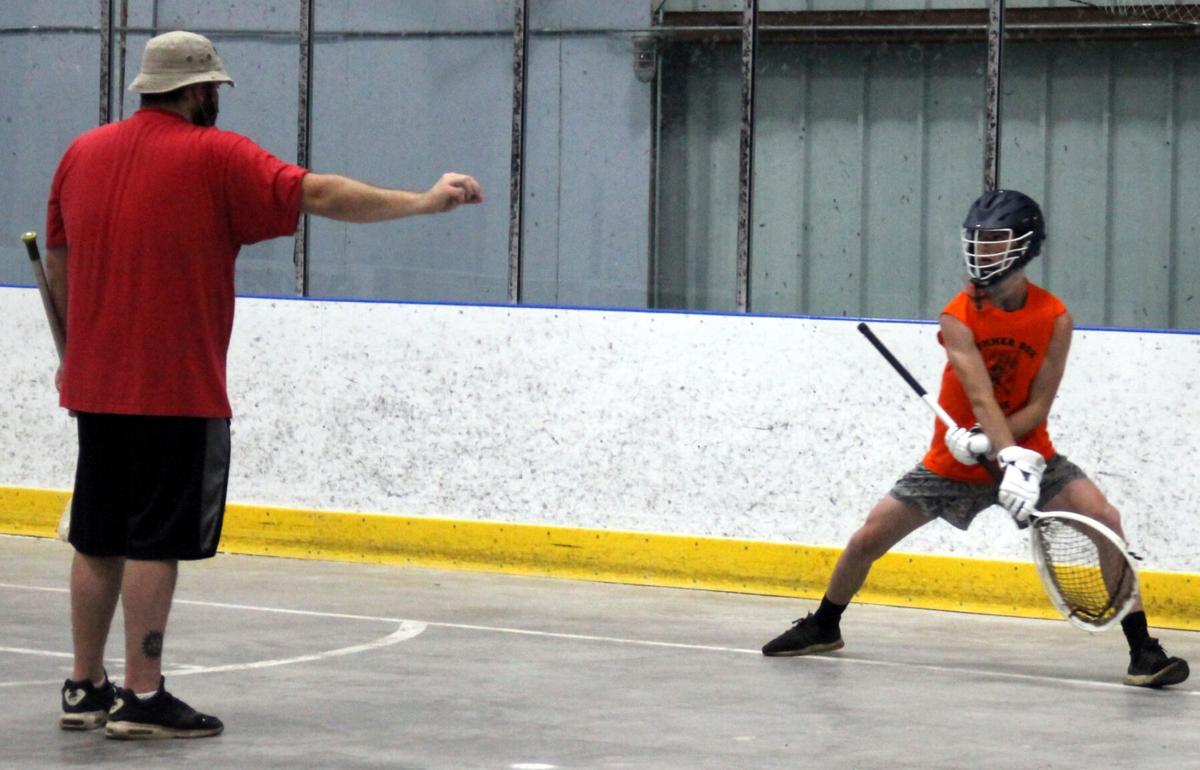 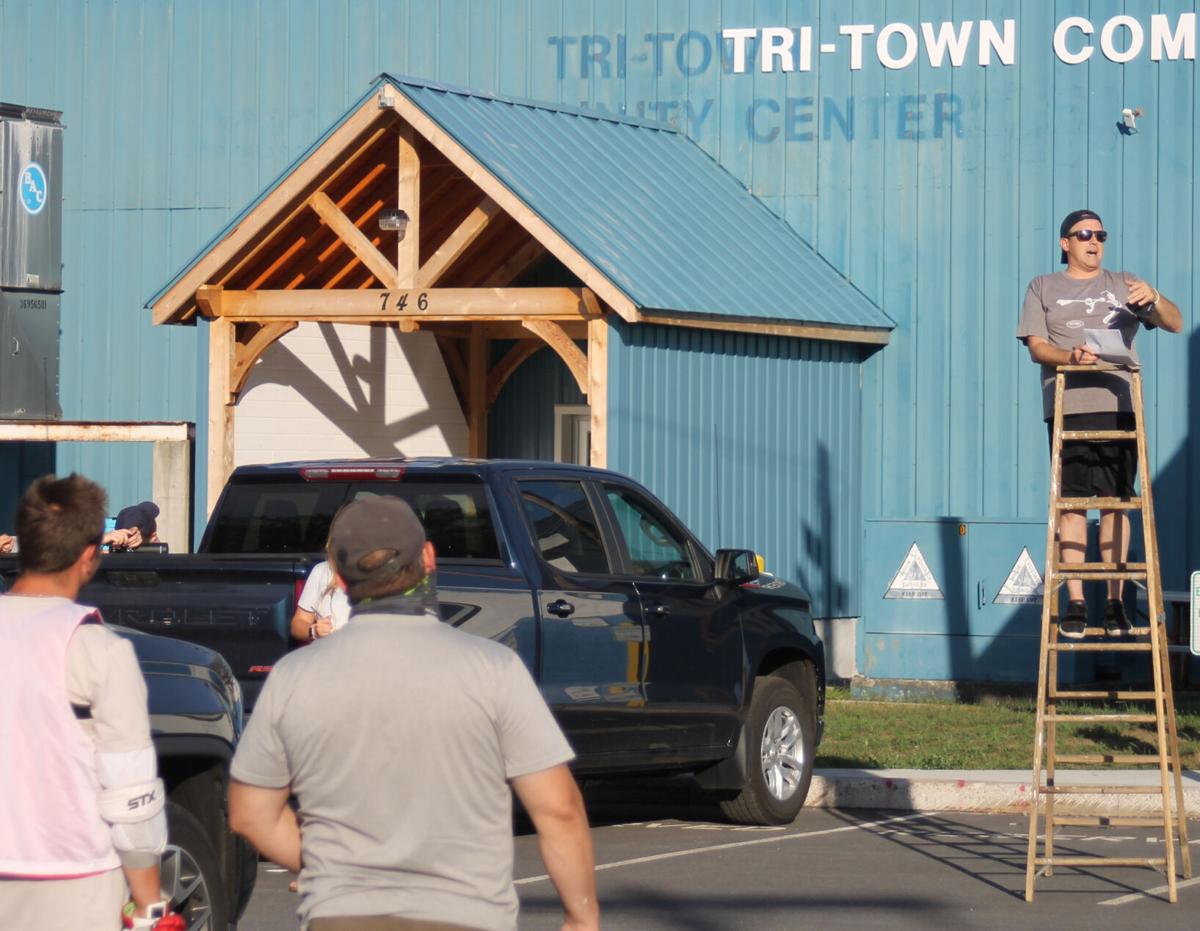 A young lacrosse player waits to be allowed into the Tri-Town Community Center to compete on the first night of the NNY Box Lacrosse League season Wednesday. Alain St. Pierre/Johnson Newspapers

Northern New York Box Lacrosse League Director Chris Rose goes over social distancing and personal safety guidelines with players and parents in the parking lot of the Tri-Town Community Center before the start of first games of the 2020 season. Alain St. Pierre/Johnson Newspapers

BRASHER FALLS — Along with helping to shake off some coronavirus doldrums, Wednesday night’s opening of the 2020 Northern New York Box Lacrosse season at the Tri-Town Community Center offered a glimpse into the potential long-term future of organized sports at all levels.

“It feels good to put the stick back in my hands again for a little bit. I’m just excited to get back out there and play,” said Massena’s Nick Morrell, one of the handful of recently graduated seniors who is making up for lost time by competing in the summer league after having had their high school seasons wiped out by the ongoing worldwide pandemic.

“I’m sure everyone’s a little concerned about safety but once we get going, we won’t be thinking about it so much,” he added. “I’ve been told that this is the new normal.”

From start to finish Wednesday evening, inside and out, players and spectators alike were made fully aware by league officials and coaches that social distancing and maintaining safe personal health practices before, during and after games would be key to continuing one of the few rec programs being offered to North Country youths this summer.

“The dots that you see all around are very important to what we need to do,” said league director Chris Rose, who addressed players and their families before the start of the opening games from the top of a large step ladder in the parking lot. “What we need to have happen to keep things going, is that we all take what we’re doing just as seriously all the way to the last night of season as we do for the first night.”

The emphasis on social distancing begins in the parking lot where every other space is designated with a painted white dot. Following the preseason meeting, the players were separated into two lines alphabetically and after waiting for a short time while volunteer crews wiped down the bleachers and benches, they were escorted into the arena and onto the rink floor. Once players and the two spectators that were allowed to accompany them had all entered the building, the doors are locked and no one allowed to enter or leave while games are being played.

Players came already dressed and spectators are only allowed to watch from the bleachers, which are clearly designated with letters and bright green tape. Fans can either sit or stand in their areas but are not allowed to leave their space, except to use the rest rooms. During all the games this summer, volunteers will be walking the bleachers collecting names and contact information from all those in attendance. All the collected data will be kept on file should the need for any future contact tracing arise.

For the players, warm-up time has been cut to just one minute and consists only of playing catch with a partner, with pairs standing several feet away from each other at more white dots painted on the floor. Small dollar signs have been placed six feet apart in front of each bench where players are required to stand during halftime breaks and time-outs. Players on the bench waiting to play their two-minutes shifts sit at least four feet from each other and each is responsible for having their own water bottle.

Game changes included; no face-offs, no loose ball scrums of more than three players, and no physical contact.

“I thought the league wasn’t going to happen so it’s great to be playing again,” said 2020 St. Lawrence Central graduate Noah Adams. “There were a few things going on that are a little abnormal but we just have to keep doing our part so that we can keep doing this.”

Once the final horn sounded to end each game, players quickly gathered up their belongings and were escorted back out of the rink.

“I play lacrosse in the summer just to keep in shape. It’s a lot of hard running,” noted Jarrett St. Hilaire, another recent SLC graduate who missed out on his final season as a Larries’ baseball standout but has consistently competed in the summer box lacrosse league. “It’s great that they are letting us play. Other than people that I work with, I haven’t been around my friends and my teammates from other sports since the end of hockey season so it was really nice being around them again.”

“It was a little weird the way we had to stay six feet apart all the time, but we’ve just got to get use to it, I guess,” he added.