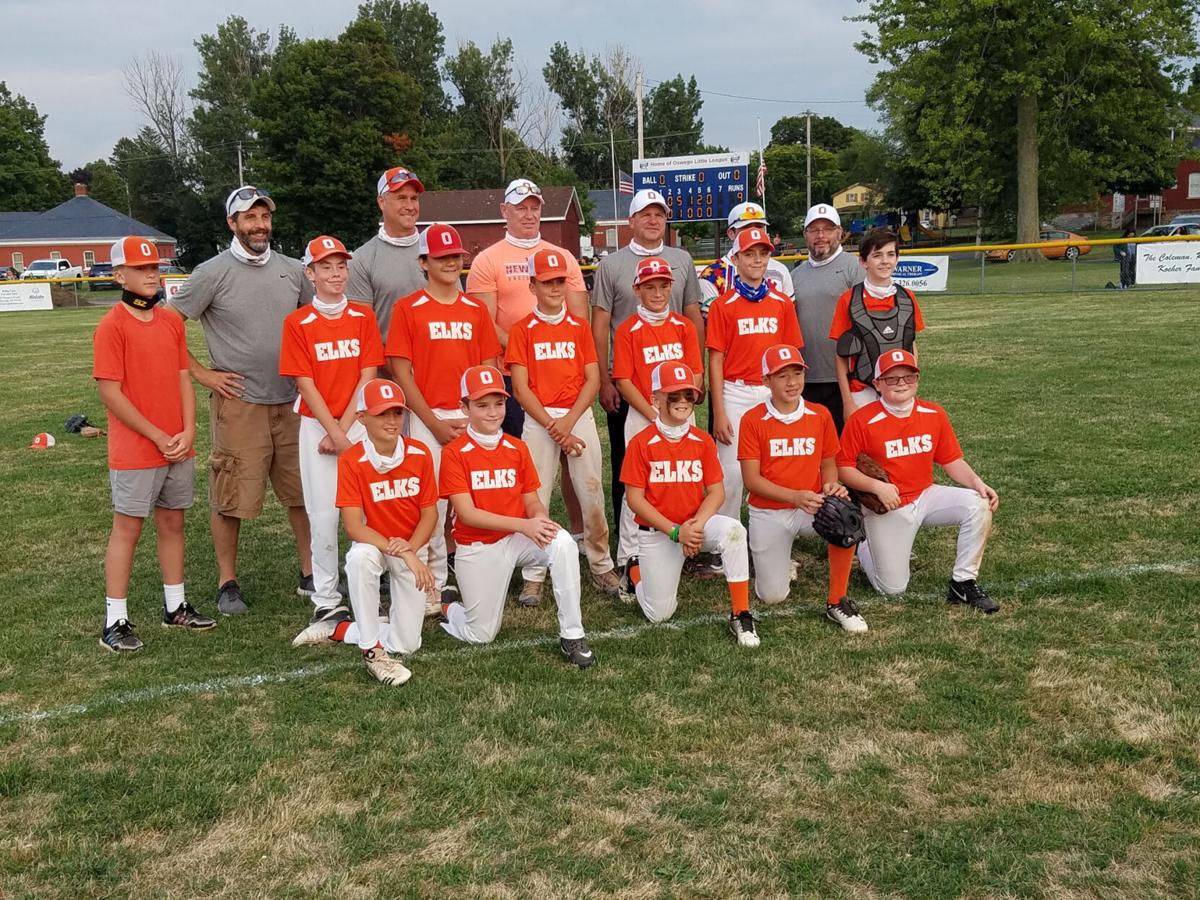 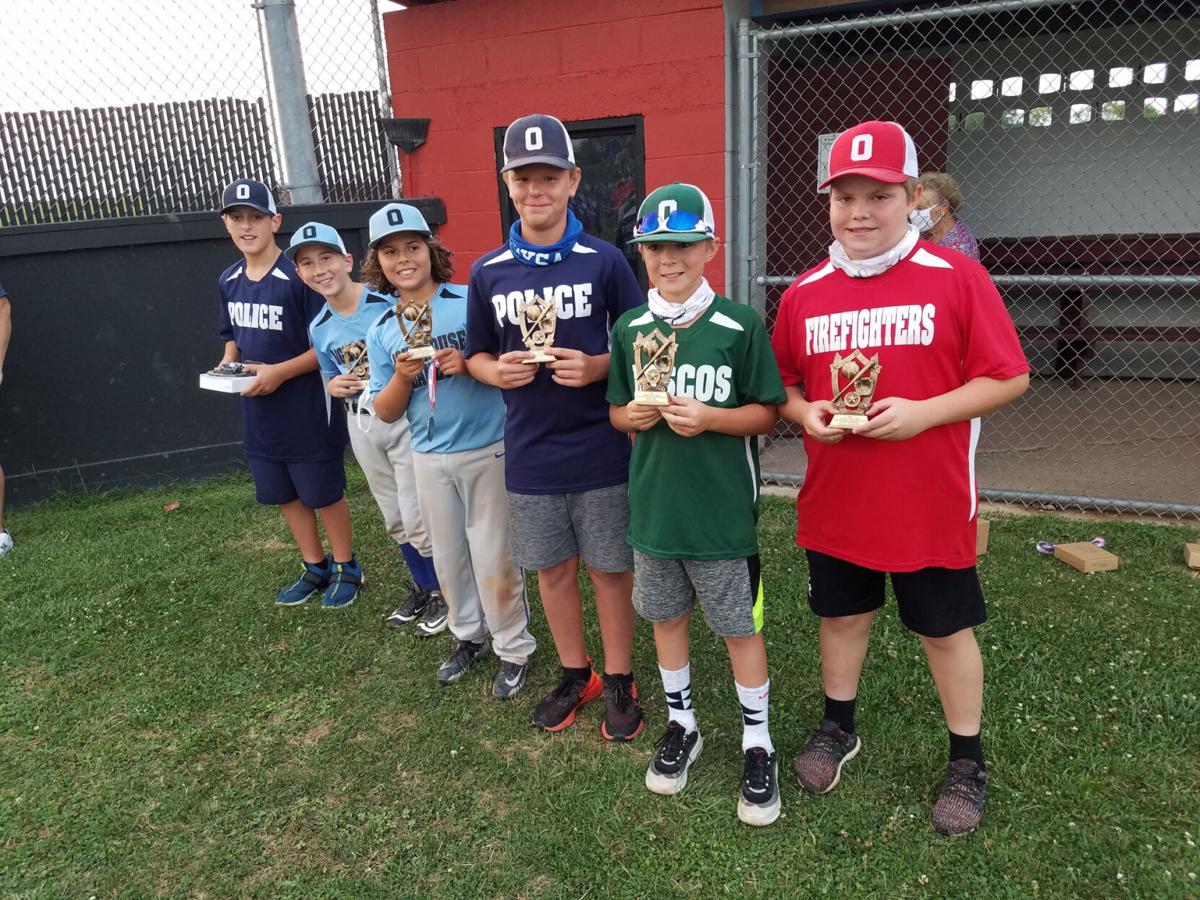 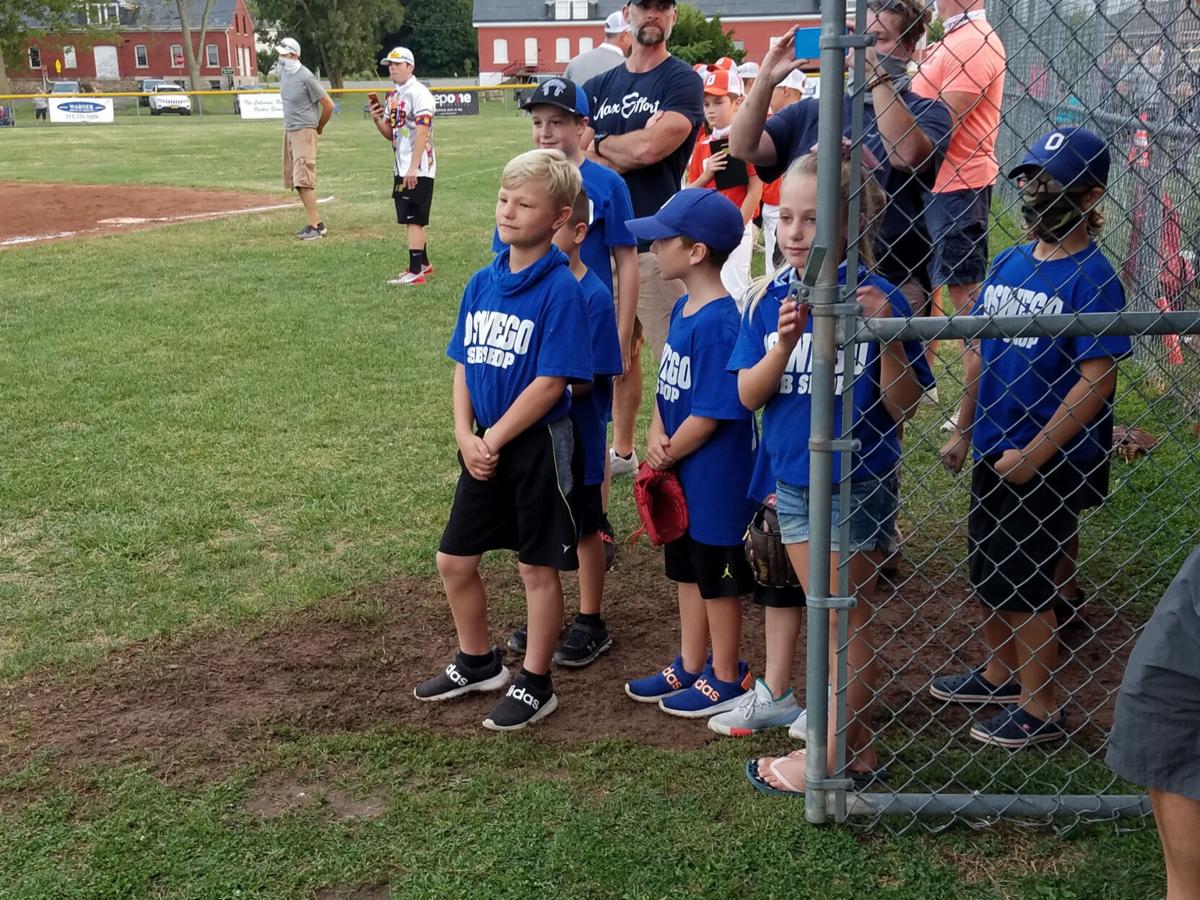 Members of the AAA Division champions, Oswego Sub Shop, wait for their names to be called during the Oswego Little League awards ceremony Aug. 27 at Lagoe Field in Oswego. Josh St. Croix photo.

Members of the AAA Division champions, Oswego Sub Shop, wait for their names to be called during the Oswego Little League awards ceremony Aug. 27 at Lagoe Field in Oswego. Josh St. Croix photo.

OSWEGO — The joyous moments after the final out was recorded in the Oswego Little League season last Thursday night at Lagoe Field showed why conducting the campaign amid the COVID-19 pandemic was worth the effort for all involved.

The Elks beat Lighthouse Lanes, 9-2, to sweep the best-of-three Majors Division Playoff Championship series and cap off a memorable year that included the regular-season crown and ended with the team’s third straight title.

The Elks celebrated by converging and bumping elbows in place of the banned high-five as they excitedly talked about the victory.

“Me pitching, I was shaking the whole game and wanted to get it over with, wanted to finish the game and then finally that last pitch came, and I just threw a strike,” said Daniel Callen, a 12-year-old in his fourth season with the team who was on the mound to record the final out. “I mean, it’s the best feeling you could ever get, playing sport you love and just getting that win.”

Following its victory, the Elks tipped their caps to the Lighthouse Lanes and waved from across the field — another COVID 19-prompted change to the traditional postgame handshake line.

The Elks then posed for championship photos and proceeded to the awards ceremony where various teams, players, and contributing members of the Oswego Little League community were recognized by league president Tim Kirwan and other organizers for their help in successfully completing the season amid the unique challenges.

“It was very exciting because that’s the third championship in a row that the Elks has won, and that made it really good to win against all my friends,” said 12-year-old Jameson Stepien, who wrapped up his second season for the Elks. “It’s just fun to play the game you love, and of course winning, too.”

The Oswego Sub Shop won the AAA Division championship earlier in the week with a 14-8 victory over Knights of Columbus. They were also recognized during the awards ceremony that followed the Majors Division final.

Isaac Krul was named the Westy Arnold Sportsmanship Award winner, and Brett DeGrenier was selected for the Josh Uribe Love of the Game Award. The Dr. William Mahon Leadership Award was presented to Carrie Gunther.

As players and families celebrated the season, veterans from the championship squad discussed their favorite moments, summer triumphs, and their pride in the development of the new teammates and younger members of the league, much like it was the final night of any other season.

Stepien detailed a game in which the Elks started with four triples and rolled to an offensive onslaught, and Callen talked about his first career inside-the-park home run that occurred earlier in the season.

“I had an inside the parker off the Firefighters and that was easily my best moment, and also on top of that, just pitching right here for the championship and that last pitch, that’s a great a moment,” Callen said. “I thanked my coaches and everyone on the team for supporting me, and all of our young players, I’ll be very happy to see them play when they’re older.”

Stepien added of the season: “We played good. We had a lot of young kids and they all turned out to be very big for us, they know the game well and they played well.”

Oswego Little League has started registration for its fall season online at www.oswegolittleleague.org.