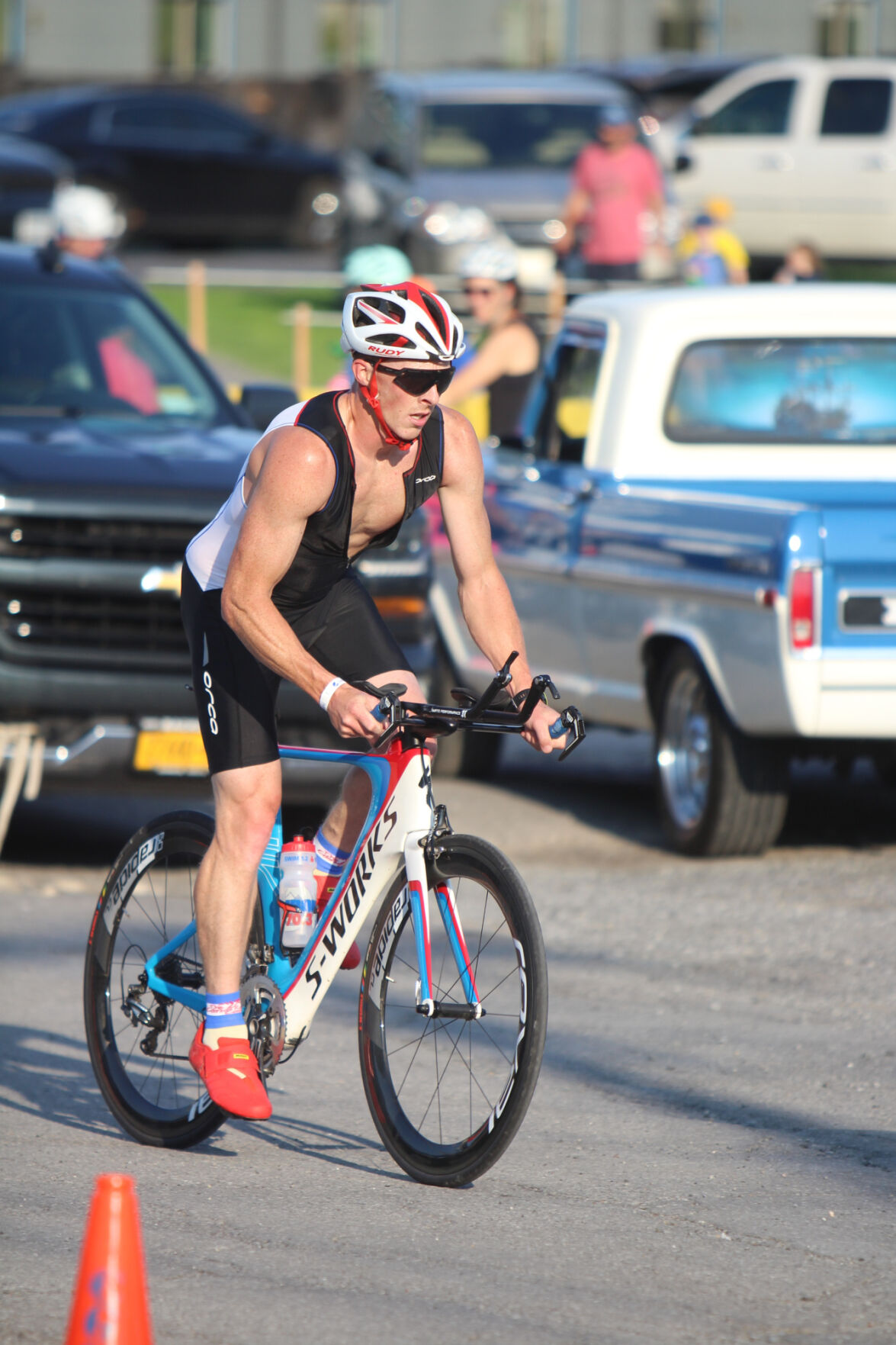 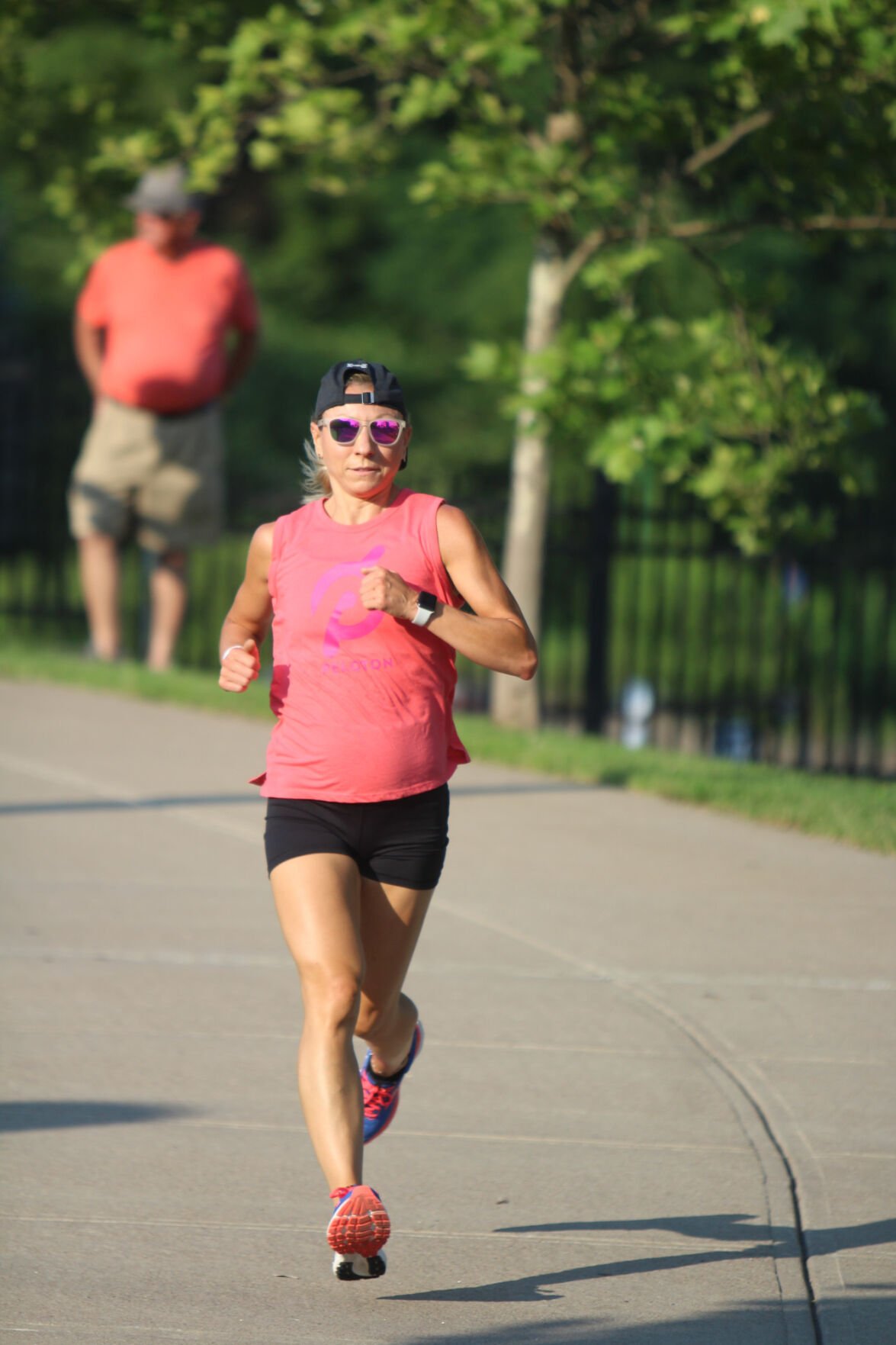 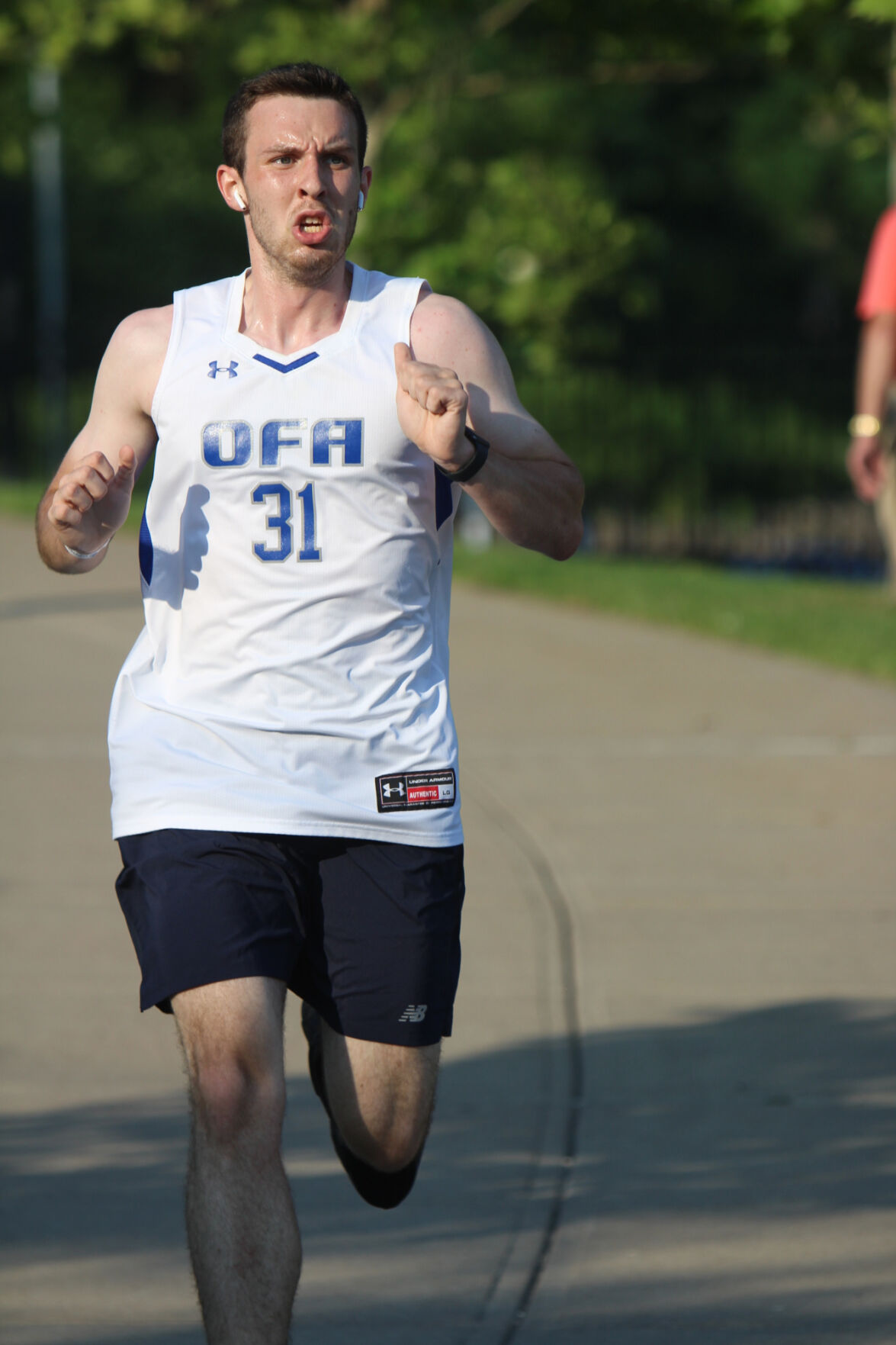 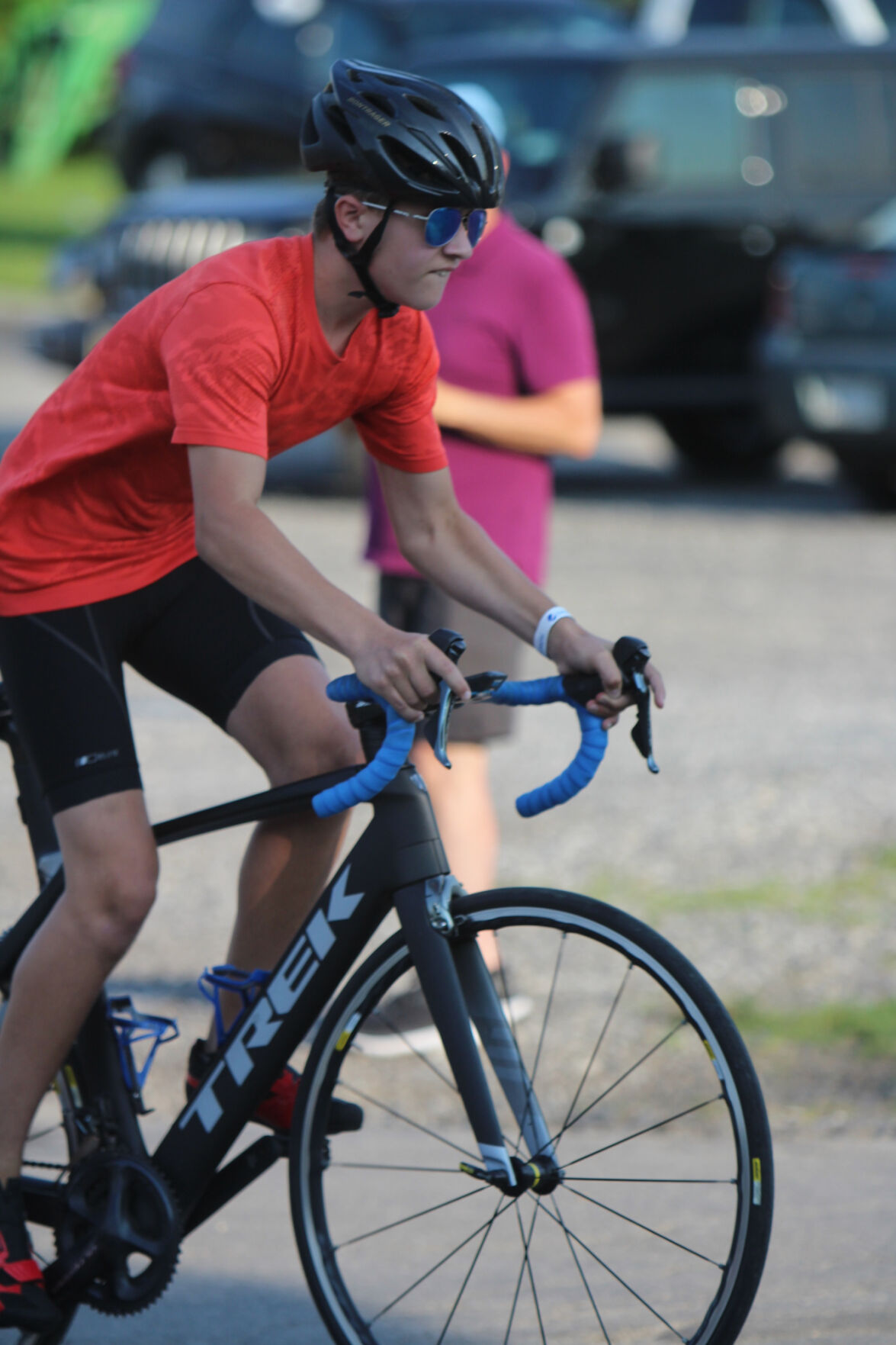 Dempsey Sutton takes off on his bike ride and combined with Brogan LaRose to place first in the Team Division of the July Hoswegatchie Duathlon at Hosmer’s Marina. Dave Shea/The Journal

Dempsey Sutton takes off on his bike ride and combined with Brogan LaRose to place first in the Team Division of the July Hoswegatchie Duathlon at Hosmer’s Marina. Dave Shea/The Journal

Impressive performances by the division leaders created a high quality July edition of the Hoswegatchie Duathlon Series on Wednesday at Hosmer’s Marina. The series was organized and is directed by GSGW Racing which brought the series back this summer after last year’s COVID-19 pandemic enforced hiatus.

The Male Division medalist Jeff Jones posted the best overall time, at 41:58, repeating an effort from the June duathlon and the Young Guns, Brogan LaRose of Dempsey Sutton, posted a 44:12 time with another repeat Team win from June duathlon.

Amber Kendall was the “First Lady’ of the night in 49:00 and took fourth overall behind the Male runner-up Will Glass who finished in 48:49.

“We had more good racing tonight and even though or numbers are lower than in the past we had a great night. Our numbers are down because our Canadian participants can’t cross the border,” said Scott Wright of GSGW Racing.

“We are very happy that so many people are supporting us and we expect to be back a full strength next year when we will advertize and promote a lot more. The big thing this year was to just get going again and we have done that.”

A portion of the proceeds will support the OFA Marching Band and several members of the bad and Directore Jon Cole were on hand as volunteer workers.