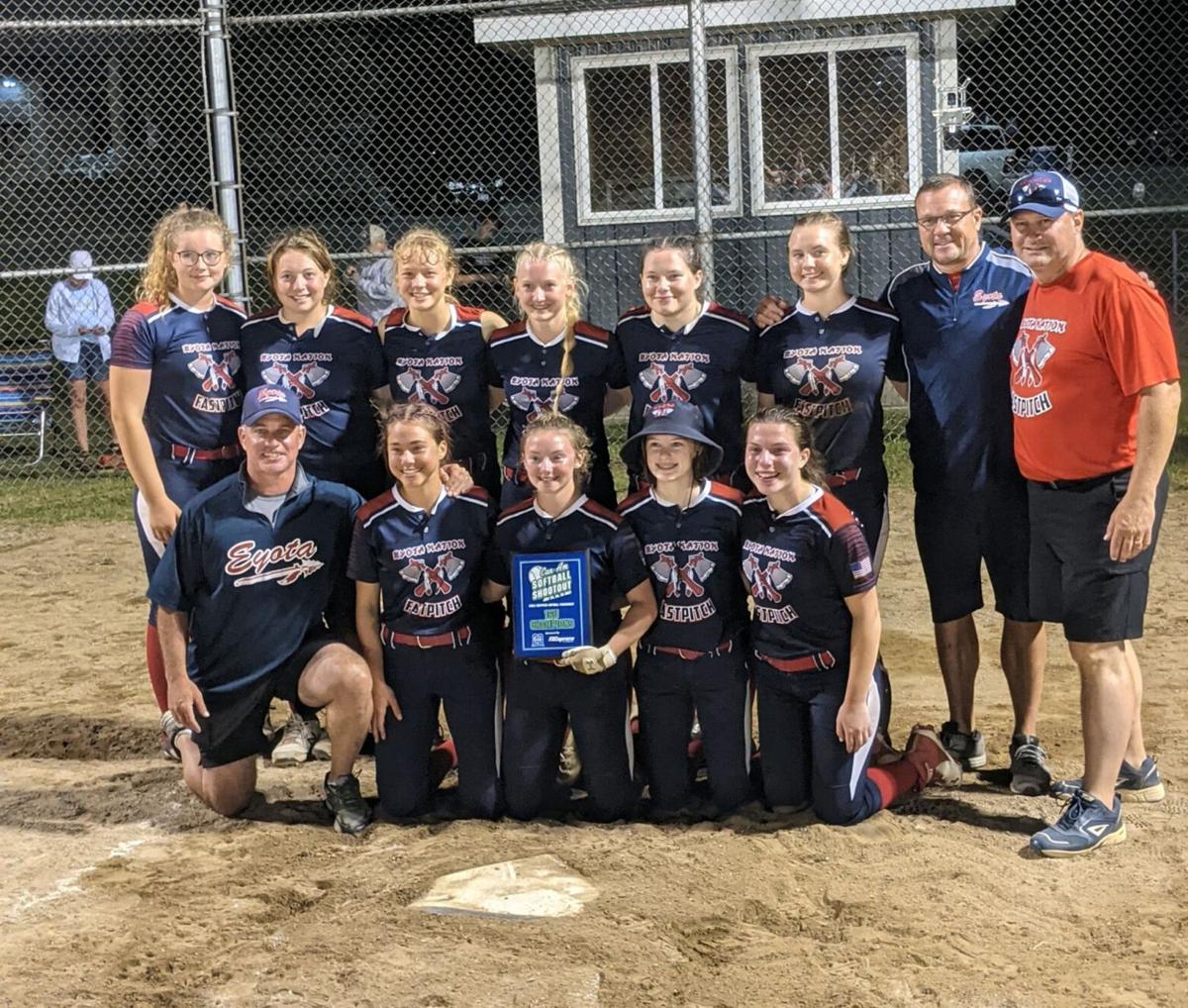 The Can-Am Shootout 16-and-under softball champions gather for a team photo after last month’s tournament. The annnual tournament returned to action July 23-25 after a season off due to COVID-19. Provided photo 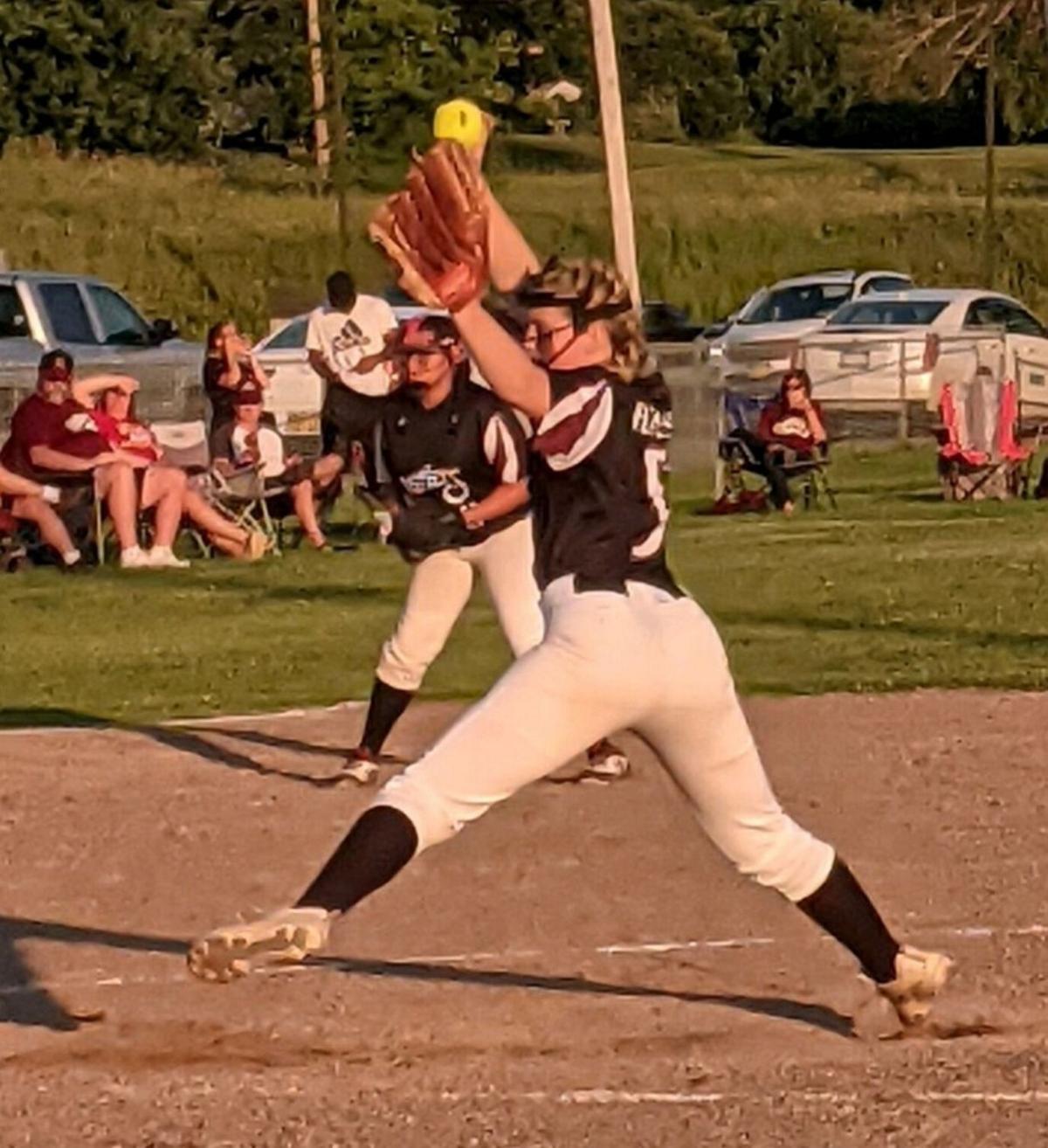 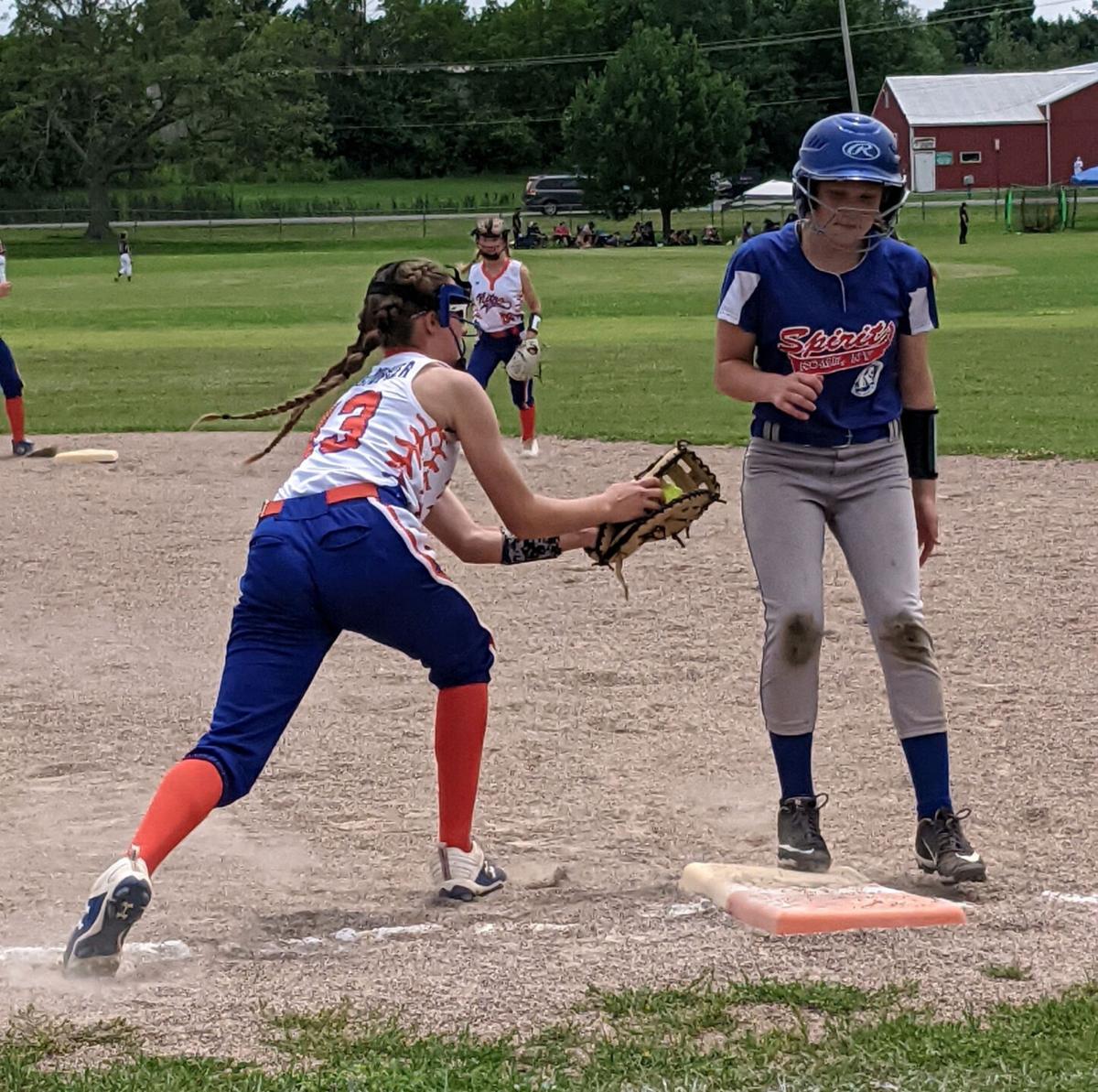 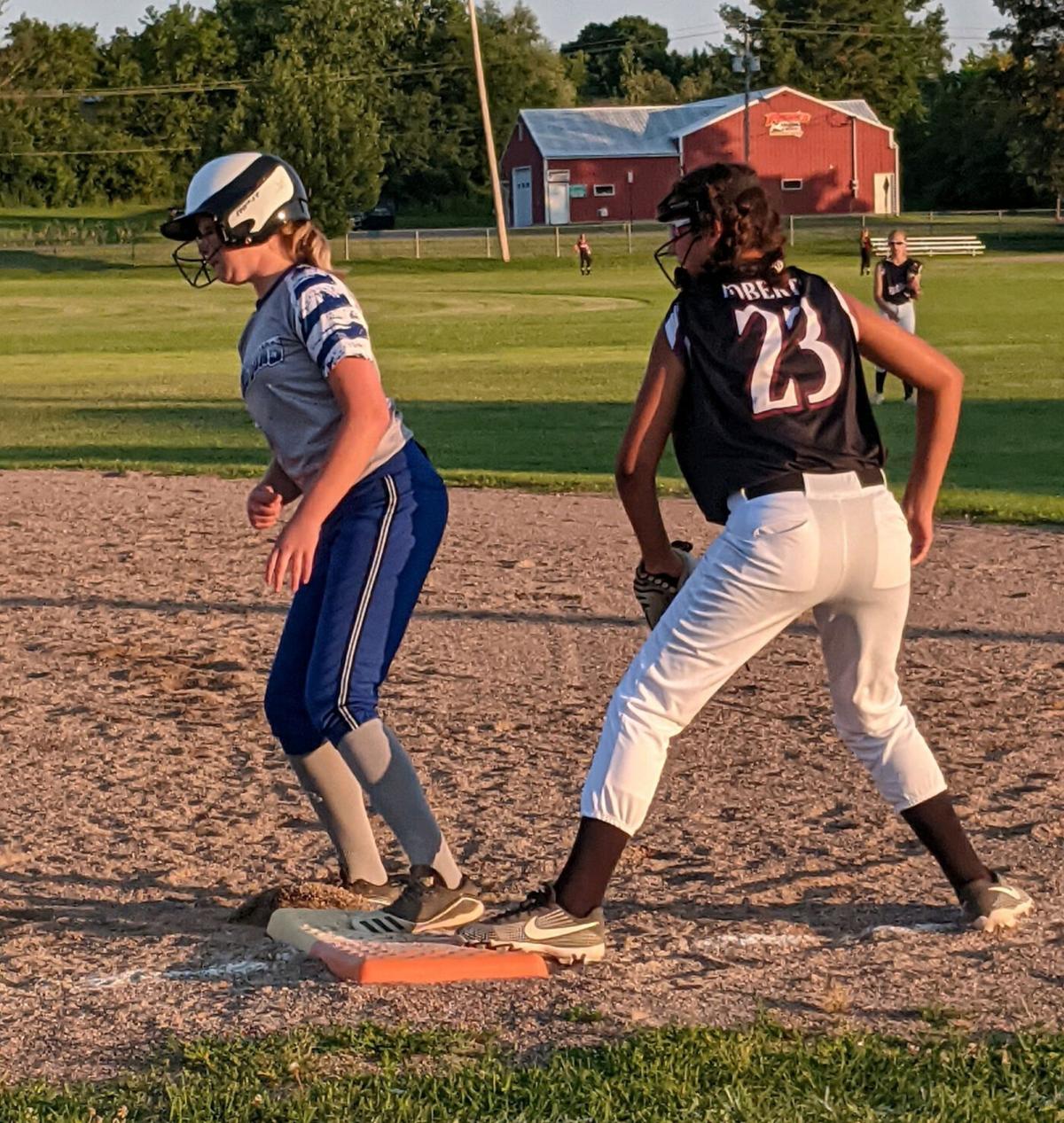 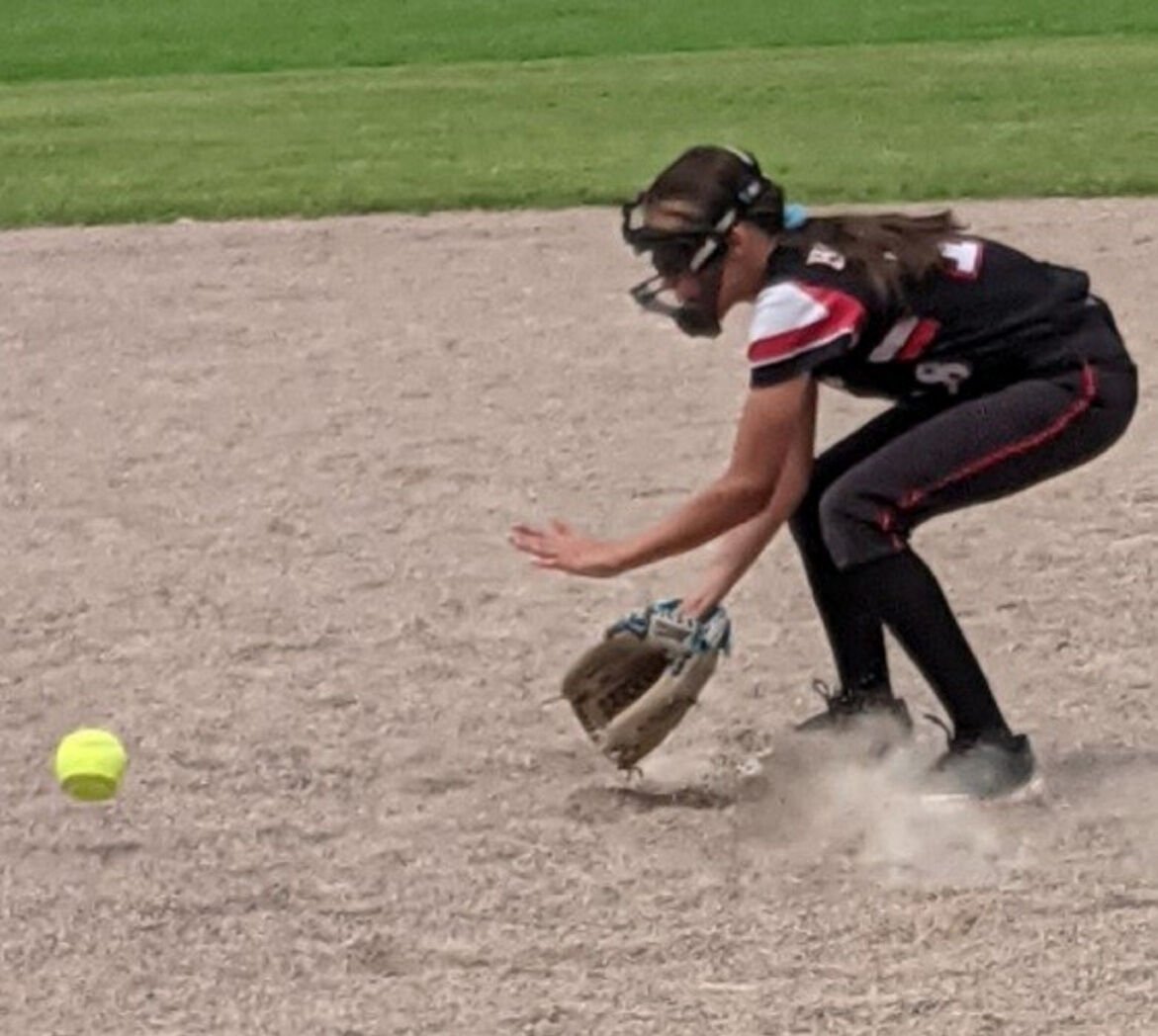 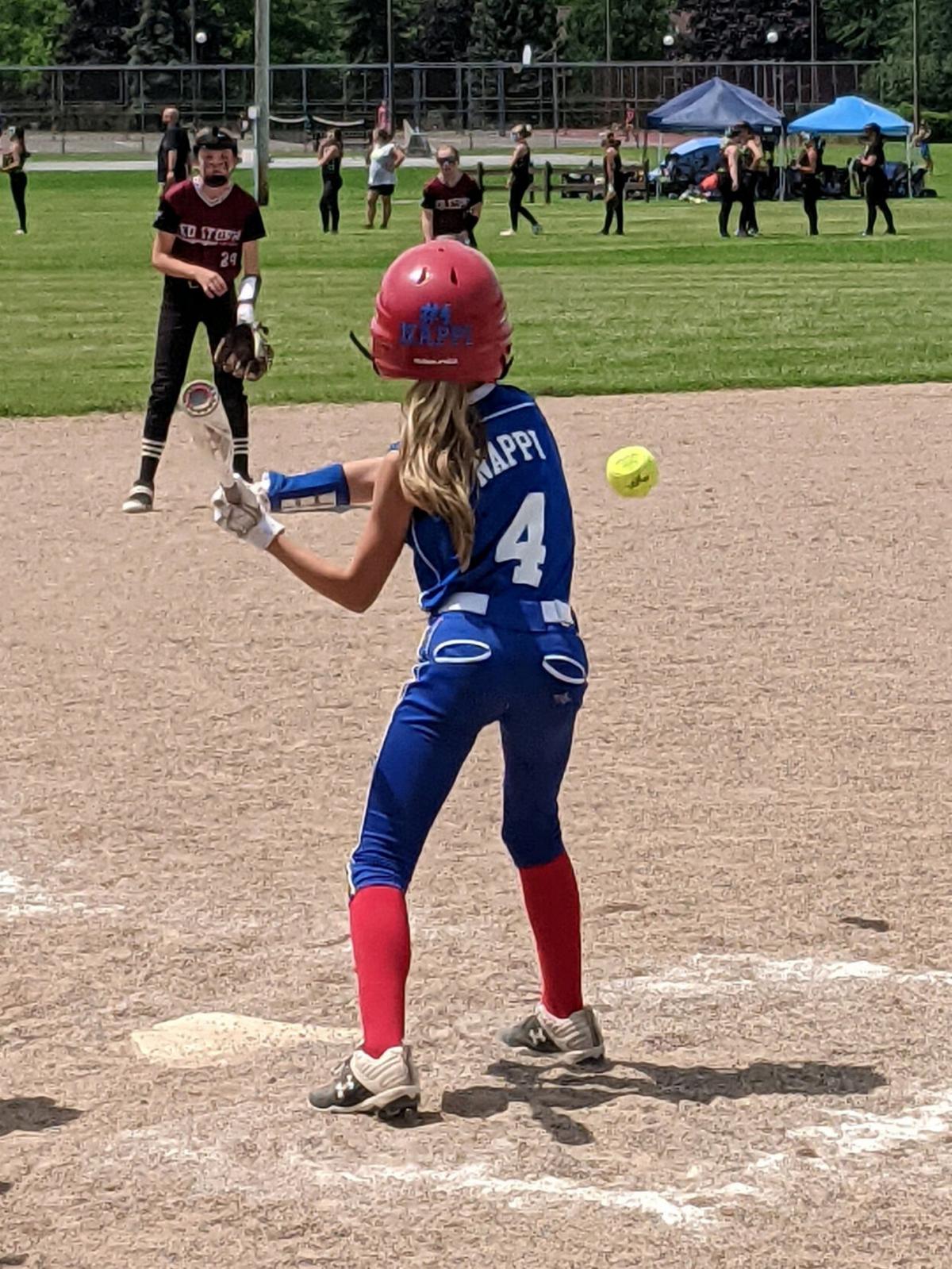 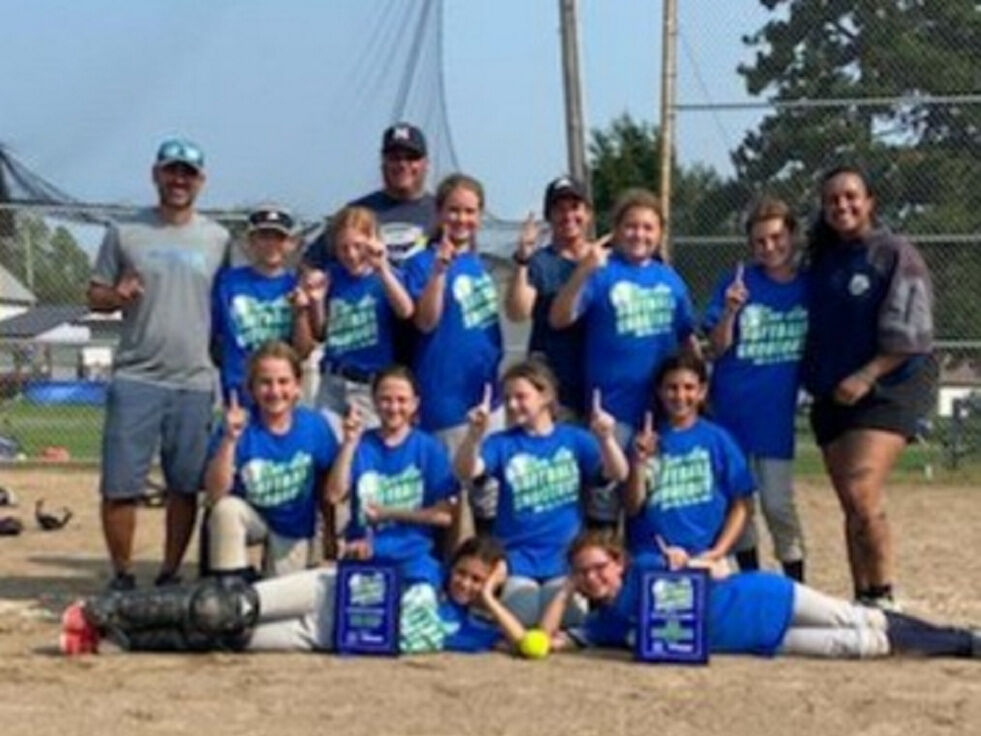 The 10-and-under champion celebrates after winning its bracket at the Can-Am Shootout last month. Provided photo

The Can-Am Shootout 16-and-under softball champions gather for a team photo after last month’s tournament. The annnual tournament returned to action July 23-25 after a season off due to COVID-19. Provided photo

The 10-and-under champion celebrates after winning its bracket at the Can-Am Shootout last month. Provided photo

After a year of empty playing fields, north country youth sports tournaments have come back in full force.

“It was pretty much back to normal for us,” Lennox said. “It was great to see the kids and families get to travel here.”

Joel Davis Memorial Baseball tournament director Wayne Mattingly said that there was some hesitancy at first about the tournament going forward. But they pressed ahead as restrictions were lifted and held the fourth version of the event July 31 and Aug. 1.

“We did hold off a while on announcing if we were going to have the tournament, but we decided to have it.” Mattingly said.

Mattingly said the field was limited after previous expansion plans. This year’s tournament hosted 15 teams, with a couple of late drop-outs, while they’ve had over 30 in previous years. The plans for next year include going up to four divisions, including a 10-and-under. 12U travel, 12U house or non-travel and 14U divisions.

The tournament was consolidated to keep teams from crossing over and risking infection. Teams played a pair of games in quick order and cleared out for the next group of teams. The tournament also cut some events out of the opening ceremonies, but Mattingly hopes they will return next year.

“We normally have a clinic with former MLB players and other things involving Fort Drum, but decided to simplify it this year,” Mattingly said.

The Davis baseball tournament ended with Camillus beating WCBI Thunder in the 12U title game and Tug Hill Thunder winning the 10U championship over WCBI Thunder. There will be Davis co-ed adult softball tournament on Aug. 21 and 22. The event currently has 16 teams, but more are welcome. Interested teams can visit the Joel R. Davis Legacy for Youth Sports Facebook page or call Bethany Jones at (315) 704-8004.

The Can-Am Softball Shootout managed to get 209 games for 86 teams despite this being the first year with no Canadian teams due to the border being closed to non-essential travel. Teams from around the state traveled to the area and played games in Adams Center, Chaumont, Clayton, Cape Vincent, Dexter and several sites in Watertown.

“We had teams from the Buffalo, Rochester, Syracuse and Utica areas come to play,” Lennox said. “We’d try to put them in different pools so they’re playing teams not from the area until the single-elimination tournament on Sunday.”

Like many of the tournaments, families usually spend some summer vacation time in the area before or after the softball shootout. Lennox said that families have made coming to the area an annual event.

“Some people have even bought property up here,” Lennox said. “I think we’ve seen families value their time away from home a little more after what’s been happening (with the pandemic).”

“I think we used to take these things for granted,” Lennox said. “It was great to be able to do some of the things that we used to do.” Mattingly appreciates the return of the Davis baseball tournament after a year away. The event keeps the memory of Trooper Davis, killed while responding to a domestic-violence call in July 2017, and his impact on the community alive.

“We were grateful for the chance just to bring back Joel’s name for the tournament,” Mattingly said