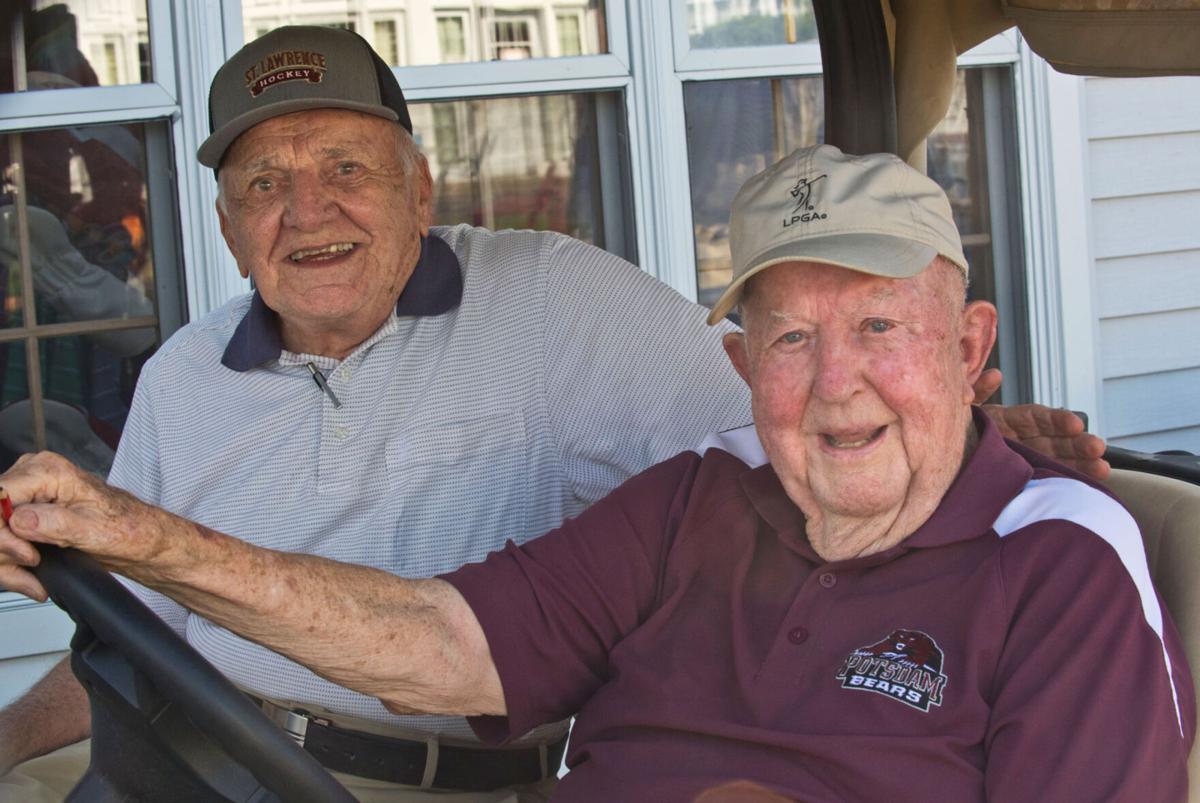 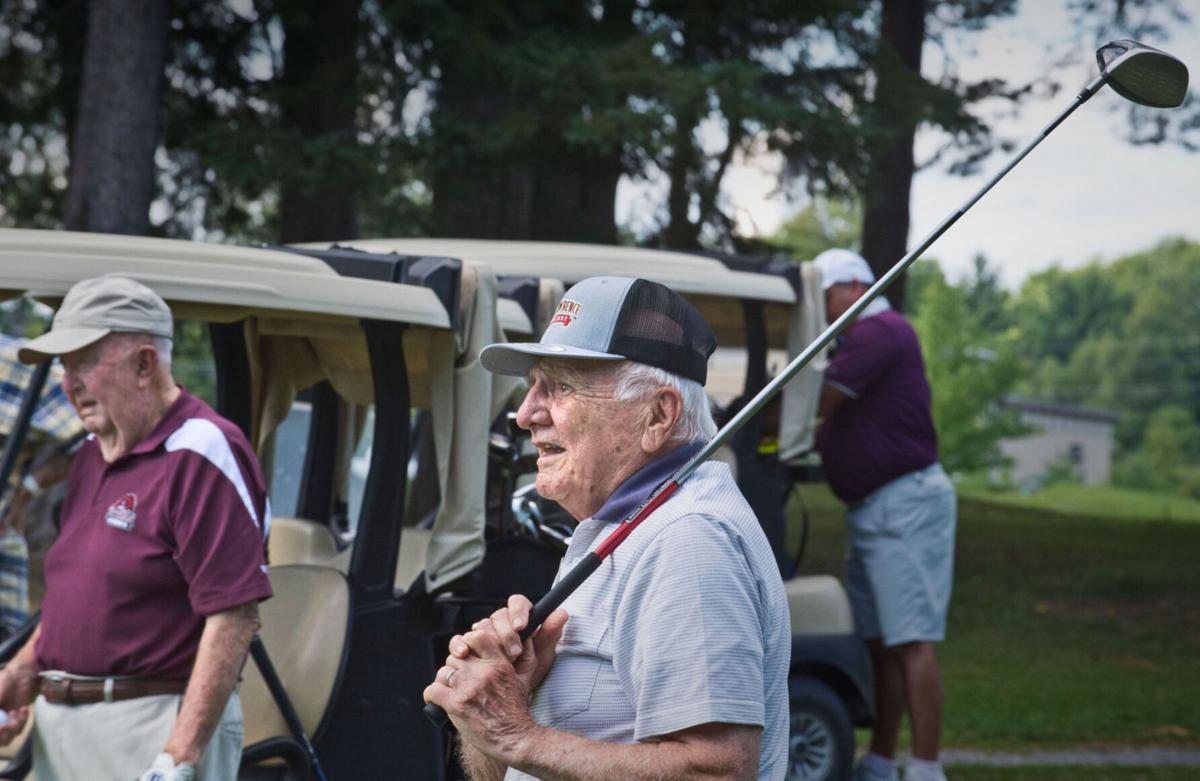 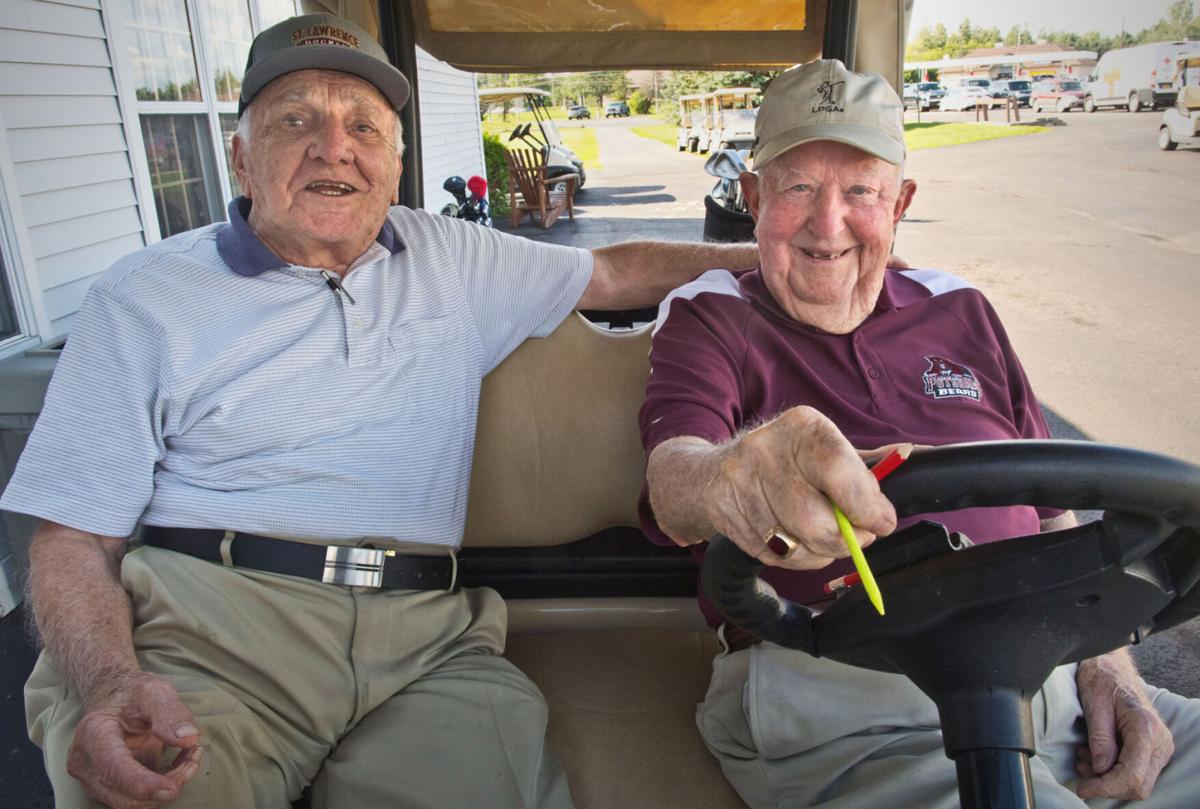 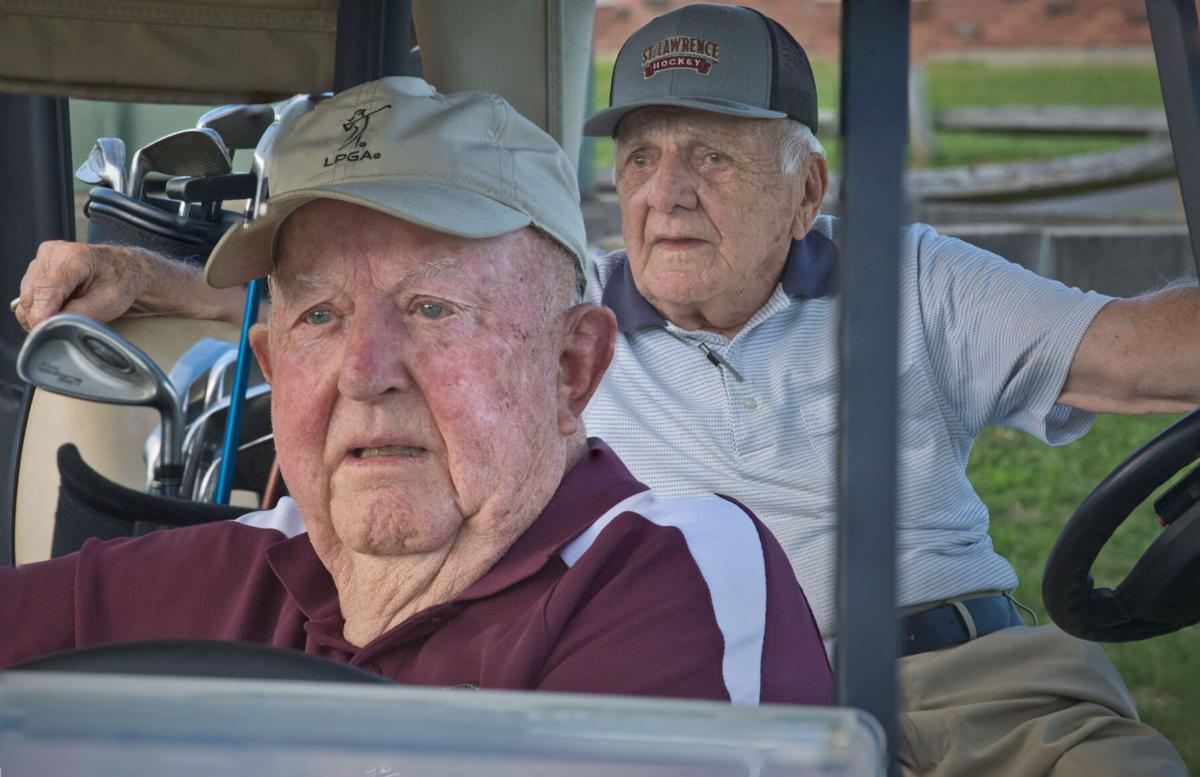 CANTON — Jack Lawrence, a 92-year-old from Canton, gets in his golf cart and drives toward the 10th hole at the St. Lawrence University Golf Course.

He drives past a large Red Cross van in the parking lot and quips, “That will be the next cart I am in.”

Lawrence, and his friend, 93-year-old Joe Makowiec from DeKalb Junction, golf together every Monday afternoon in a league at the SLU course.

“It’s a game that’s all you,” Lawrence said of golf, a sport he’s played since he was 8.

“If you make a mistake it’s you, it’s not your fellow teammate. It was exercise back then. It’s been (a sport played as a youth) and then (his daughters) got into the game and that kept me going for years.”

Lawrence’s daughter, Mary, is the SLU golf coach and she played on the LPGA Tour from 1978-84. His other daughter, Kathy, is a former Section 10 champion and works as a pro in Florida.

Lawrence and Makowiec play as teammates every Monday and as Lawrence was talking about golf Makowiec asked, “Who are we beating?” Lawrence replied, “I have no idea. We just go out and play and they catch up to us, Joe.”

Lawrence shot a 3-over par 39 a few weeks ago on one of the Monday nine-hole events and said he has an eight-handicap. Makowiec is a 15.

Makowiec was a school counselor in Rochester but spent July and August in the north country every year.

“There are great people here,” Makowiec said. “This is what makes this course, the people who belong to it. I always had July and August off so we were always here in the summer. That’s why I know all the people that we know.”

The duo are the survivors of their peers and that has made them even closer in recent years.

“We’ve known each other for years,” Lawrence said. “He always followed my girls when they played. One thing led to another. Right now I think Joe and I are the only two left. We can tell stories and tales and nobody will ever know the difference.”

Said Makowiec, “Jack could be our representative to Congress if he wanted to apply. He knows everybody.”

Lawrence, who said he used to sneak onto a course in Madrid to play as a youth, has played a big role in Canton history, though it’s an adopted hometown.

He was an executive with the Augsbury construction company and pointed out at a SLU men’s hockey game last season that he was part of the group that built Appleton Arena in the late 1940s. His company provided the scaffolding used in the building process.

Mary Lawrence said her dad built many buildings on the SLU campus, including the original Augsbury athletic complex and the Eben Holden building on campus. He also built several structures on the SUNY Canton campus.

“He got us out (on courses),” Mary Lawrence said of her and her sister. “I really started when I was 8 and got into it when I was about 12 or 13. “We played at Madrid. My dad always told us if we could get par at Madrid we’ll go to the big course at St. Lawrence. That was our incentive and we did that about two or three years later.

Age has provided some perks for Lawrence and Makowiec. When they arrive at the course, golf carts are driven to their cars so all they have to do is put their bags on the back and get their golf shoes on. They also get to play from purple tees, which are far enough ahead on a hole that some of their younger playing partners have drives that don’t reach that distance.

“It makes it a little more enjoyable,” Lawrence said. “We are way the hell up there. If you hit a good shot, or get one rolling, you are halfway (to the green).”

Said Makowiec, “I don’t walk (the course) as much. Up until this year I walked nine holes alone. This year I am down to where I walk six holes.”

When asked if golf keeps him young Makowiec said, “Absolutely, especially with the young people playing with us.”