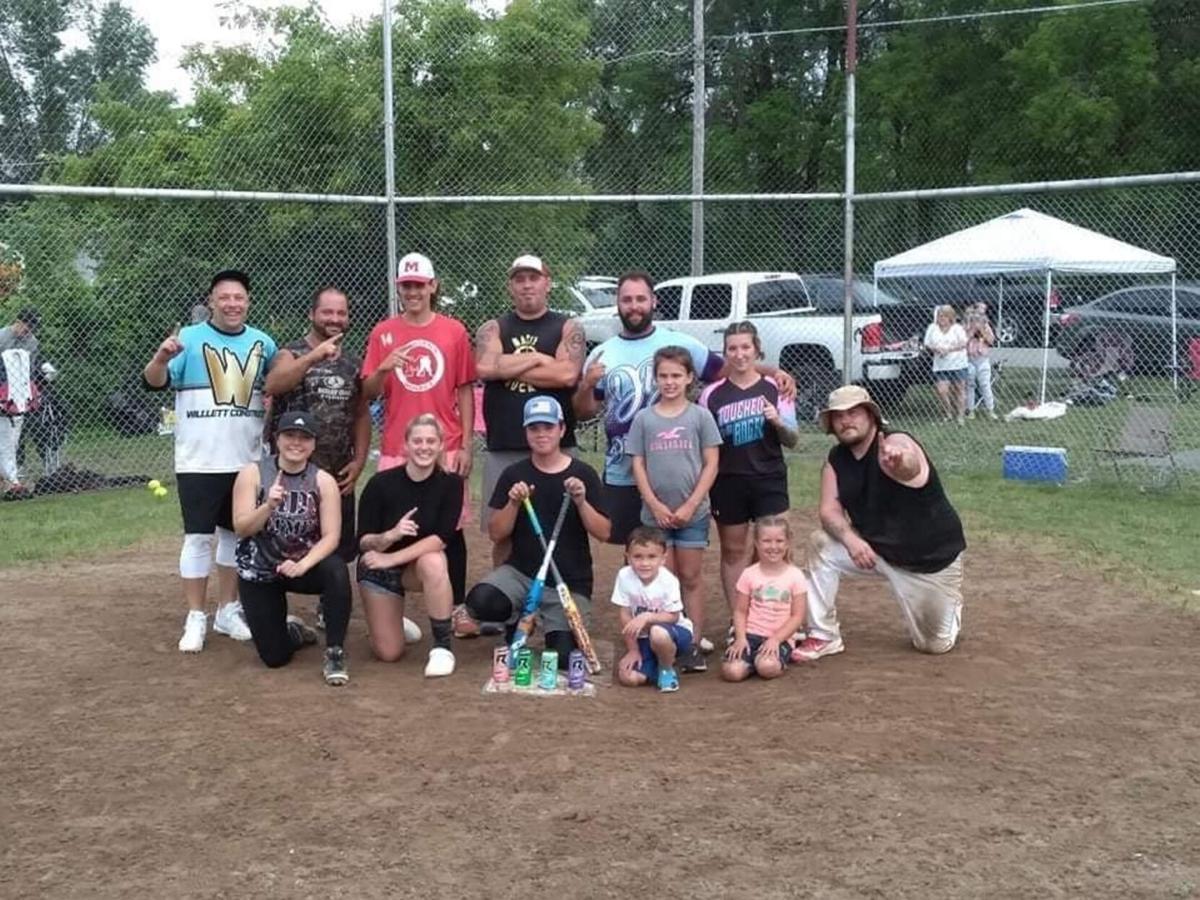 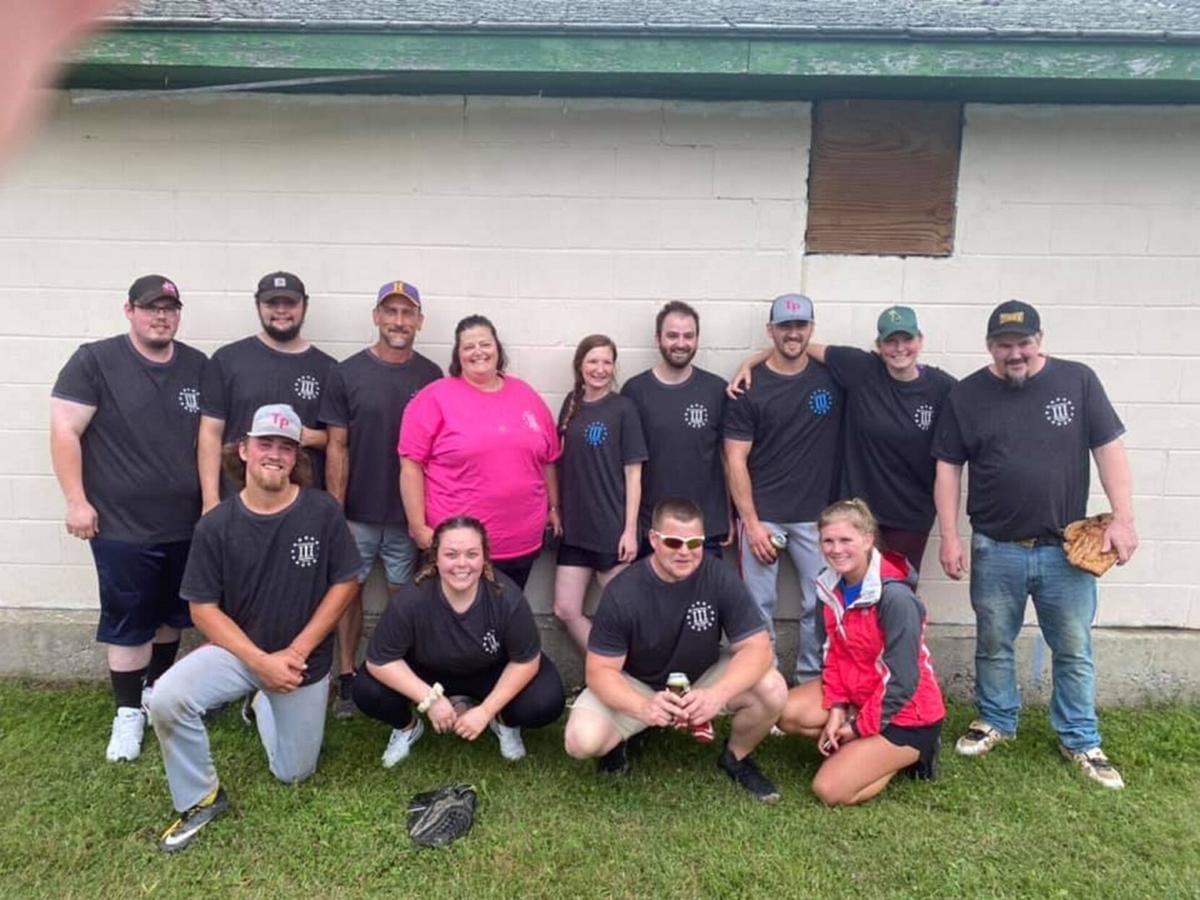 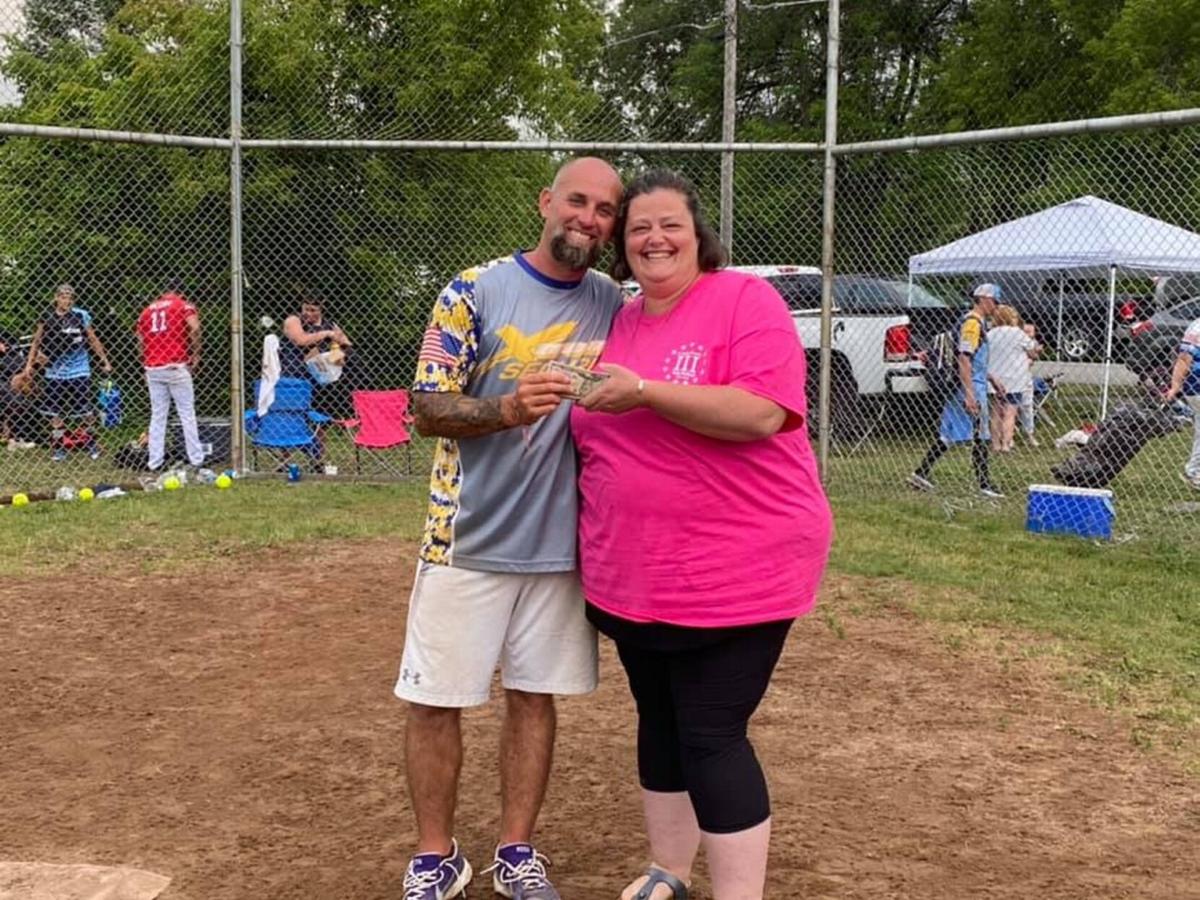 Tournament Director Jerrod McDonald presents Colleen Lynch proceeds from the Cody Holland Memorial Tournament which was held to remember her son and raise funds for a scholarship. Provided photo

Tournament Director Jerrod McDonald presents Colleen Lynch proceeds from the Cody Holland Memorial Tournament which was held to remember her son and raise funds for a scholarship. Provided photo

Law’s Masonry captured the first annual Cody Holland Scholarship Co-Ed Softball Tournament which was held at Monnett Park under the direction of Jerrod McDonald and sponsored by REP Sports.

The format was a one pitch slo-pitch and eight teams entered. It was held to honor the memory of former Heuvelton Central student-athlete Cody Holland to raise funds for a Cody Holland Scholarship.

Taking second place was a team composed of a bunch of Cody’s friends.

“Congrats to REP Sports on the tournament win today. Thank you Colleen Lynch for asking me to run a tournament for your son. I had an amazing time doing it. I want to thank every team who participated in the tournament. You guys/ gals are the true MVP’s. I know for a fact Cody is extremely happy with what we did today. I also want to a thank Bobby Law for the help with the field,” said Jerod McDonald.

Colleen Lynch was deeply touched by the tournament and the turnout to honor her son who had a great love for baseball which he played very well at Heuvelton Central.

“I would like to give a huge shout out to Jerod McDonald for organizing and running the Cody Holland Memorial Softball tournament. I am hopeful this will become an annual event. Thank you to Skye Sharp for helping Jerod behind the scenes,” said Colleen Lynch. “Thank you to everyone who came to play even if you showed up 4 hours late or hit the roof when trying to throw the ball over the fence. Thank you to everyone who came to watch and support those who played or just to hang out with me. I enjoyed watching some great competition and enjoyed visiting with everyone that came out to honor my son.“

“We didn’t win but we had a blast,” said Tyler Bushey.