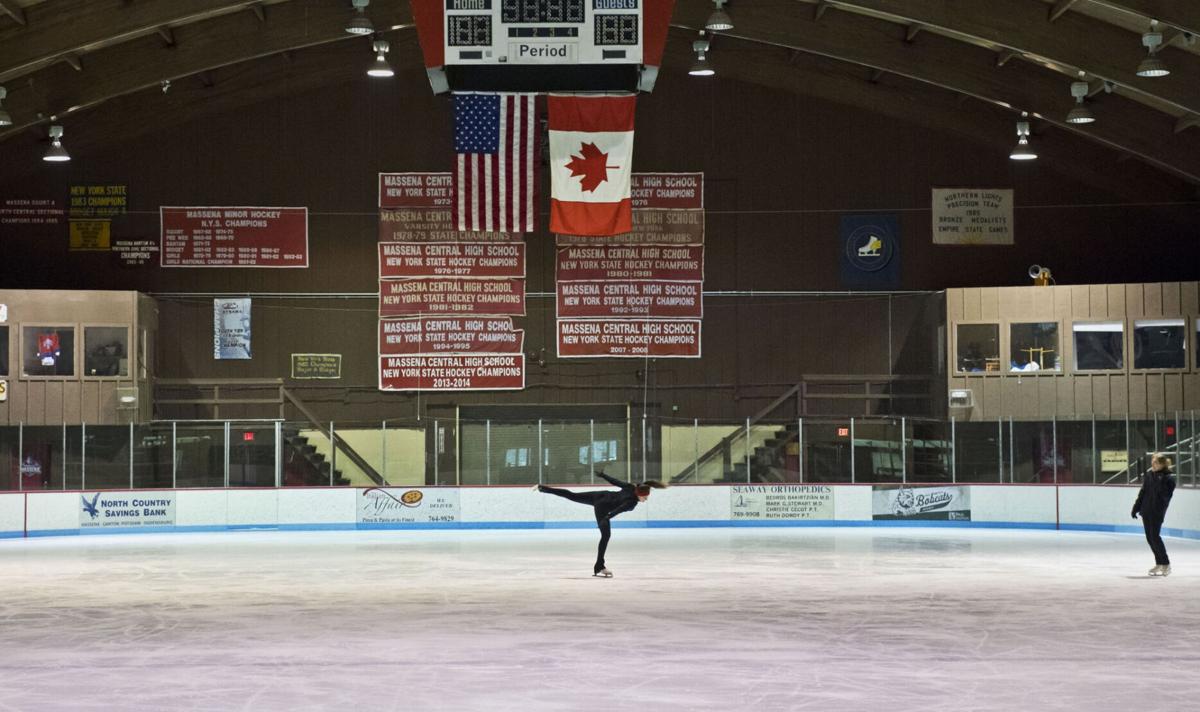 North country ice rinks such as Massena Arena are preparing to open for business in a month with COVID regulations in place. Christopher Lenney/Watertown Daily Times 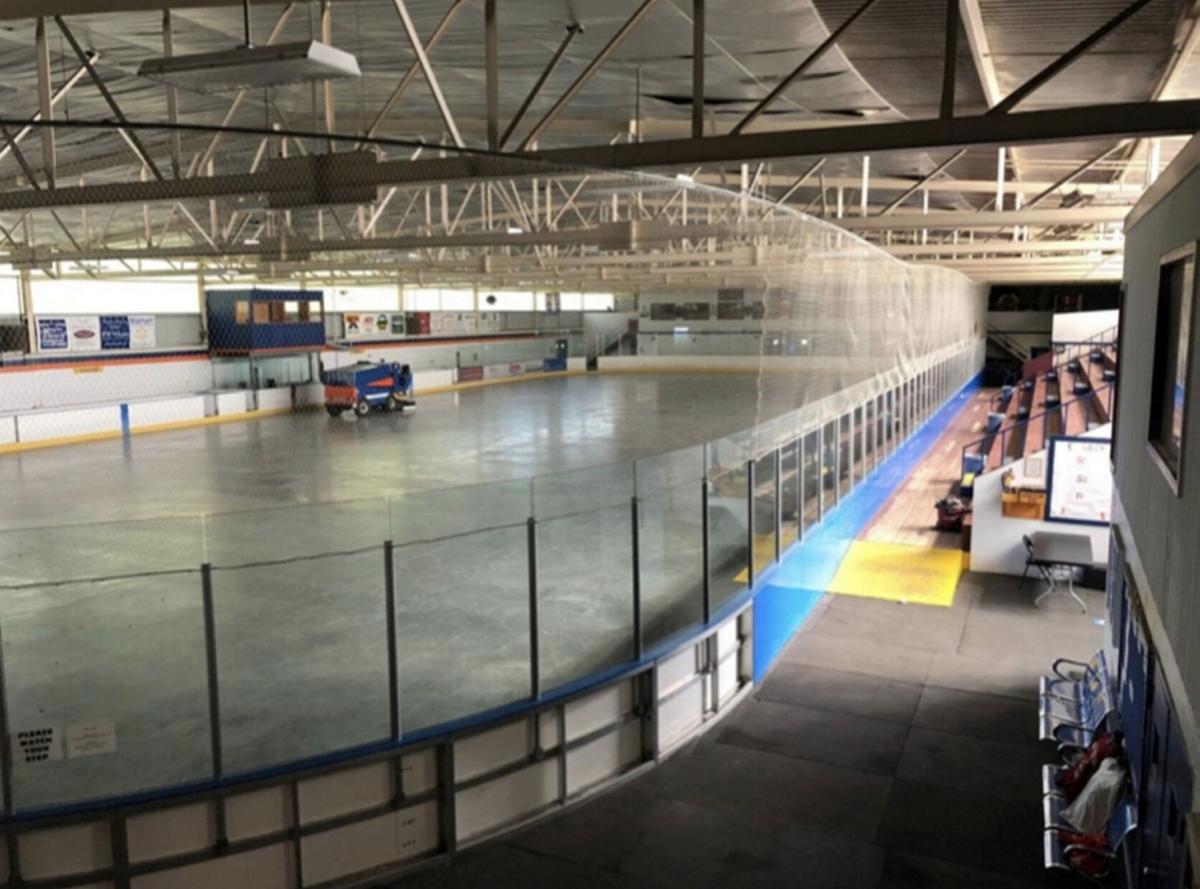 Potsdam’s Pine Street Arena could see an increase in teams and groups looking to use the facility as nearby rinks at Clarkson and SUNY Potsdam are closed to outside groups due to pandemic restrictions. Watertown Daily Times

North country ice rinks such as Massena Arena are preparing to open for business in a month with COVID regulations in place. Christopher Lenney/Watertown Daily Times

Potsdam’s Pine Street Arena could see an increase in teams and groups looking to use the facility as nearby rinks at Clarkson and SUNY Potsdam are closed to outside groups due to pandemic restrictions. Watertown Daily Times

With the start of the 2020-21 indoor skating season a little more than a month away for much of the north country, area recreation departments are gearing up to put down sheets of ice at their arenas.

Under normal circumstances, the rinks would serve as winter havens to thousands of hockey players, figure skaters, broomballers and other recreational users until next March. But seven months into a global coronavirus pandemic that has shown little sign of slowing, circumstances are anything but normal.

“What we’re going through is new to everybody but at least we’ve been warned about what’s going on since March,” said Tri-Town Recreation Director Ritchie LaFave, who expects to have ice available at the community center arena in Brasher Falls by Oct. 18. “Groups like USA Hockey have come out with their guidelines to follow and New York state has its guidelines for rinks run by municipalities, so there is information out there on how to run things safely. There is still a lot we don’t know though, too, and that’s frustrating.”

“I’ve got people who want to rent ice no matter what the restrictions are going to be,” he added. “We can’t take anything lightly because someone from the health department could come in and shut us down if they see we’re not in compliance. Some of the basic rules are very clear. If we see someone not wearing a mask in an area where they are supposed to be wearing one, for example, the Zamboni door is going up and the game may stop right there. We just can’t afford to take chances.”

Under the state’s current time frame, high school sports can begin practicing Sept. 21, while the start of the winter season has been pushed back two weeks from Nov. 16 to Nov. 30 as a way of extending the fall season. The New York State Public High School Athletic Association has already canceled all of its fall championship tournaments and events, which would have run from the final weekend in October to the first weekend in December.

No official dates have been announced for youth hockey and figure skating programs.

“Right now, the stance being taken by USA Hockey is that we are open for business,” said Massena Central boys hockey coach Mike Trimboli, who also serves as Vice President of the Marketing Council for USA Hockey. “We’ve come up with our guidelines that are in place for our associations to follow and New York state has certain guidelines that Gov. (Andrew) Cuomo has put into place. At this point, once the rinks are up and going, we’ll be ready to go.

“But,” he added, “that could all change tomorrow.”

Even in the best of times, the cost of maintaining indoor skating rinks is rarely covered by the rental fees taken in from the various groups that use their local facilities on a regular basis. In most cases, minor hockey associations generate the majority of the income followed by figure skating clubs, high school teams, adult hockey and broomball leagues, and various public skating activities.

The expense of providing a safe playing environment for all participants will put an added strain on what are already tight arena budgets.

“With the state pushing back when they can start high school hockey, we’re already losing two weeks’ worth of rental fees right there,” LaFave said. “We have cleaning solutions on hand that kill pretty much everything, but since COVID-19 isn’t listed, we can’t use it. We’ve already spent thousands of dollars on equipment and cleaning fluid that meet the new requirements.”

“Depending on how things go, rinks will have to evaluate if it’s even worth being open,” he added.

In Potsdam, Recreation Director Trey Smutz said that plans are in the works to have ice at Pine Street Arena no later than Oct. 12.

“But there are a lot of unanswered questions before we’re going to be able to put things as close to normal as they are going to get,” he said.

“I know that Potsdam Junior Hockey and the Potsdam Figure Skating Club both put out surveys looking to see what people thought about changes like having a season with no games or not being able to use the locker rooms,” Smutz added. “From what I can tell, people are willing to adhere to all the new protocols if it means their kids can get out on the ice this winter.”

Unlike most neighboring communities that rely on just one rink for ice time, Pine Street Arena is located within walking distance of Clarkson’s Cheel Arena and SUNY Potsdam’s Maxcy Hall Arena. Due to campus COVID-19 regulations, both facilities are closed to outside groups that might normally rent ice for several hours a week through the course of the winter.

According to Smutz, those groups might turn to Pine Street Arena to help fill the void.

“If you look around, revenues for rinks is down across the board and we’re looking for ways to offset budget losses. With the colleges not allowing outsiders to use their rinks, we’re hoping some of those groups come to us for ice,” he said.

“We’re still waiting to see what’s going to happen with the two high school teams. We usually set aside three hours for practice for them right after school. Until we know for sure what date they’ll start, we’ll have that three-hour time slot open,” he added. “I just have to stay positive. When the time comes and we get updated on our set of policies, we want to have everything in place so that we can hit the ground running as soon as possible.”

In Norfolk, rink director Doug Lavigne expects to have the ice at Dominic Zappia Arena ready for use by the first full week of October but could offer no guarantee for how long it would remain open.

“The way we’re looking at it, it’s pretty much business as usual but having ice this winter is a very complicated issue,” said Lavigne, who is also the varsity hockey coach for the Norwood-Norfolk Central School District. “To offset the cost of running the arena, we rely on the revenues that we take in from the groups that usually rent our ice. If revenues drop to a certain point, we’d probably have to look at taking down the ice and just hope to live to fight another day.”

“At this point, what is holding us up the most is New York state,” he added. “USA Hockey and U.S. Figure Skating have their guidelines for us to use and we’re going to do whatever we have to do to be in compliance, but until we hear more from the state, we’re in a holding pattern.”

According to Lavigne, Norfolk-Norwood Minor Hockey, the Norfolk-Norwood Figure Skating Club and the high school hockey team account for the majority of the rental fees generated by the arena. Adult hockey and women’s broomball leagues also log ice time on a regular basis.

“Our minor hockey is getting ready to hold registration and the figure skating club has already committed to renting ice,” he said. “We rely on all the groups that rent here. We can’t live without any one of them.”