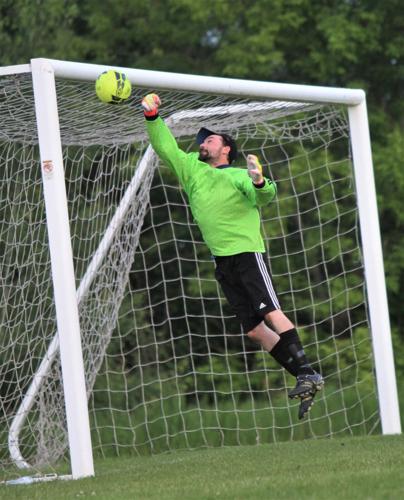 Nate Beaulieu of Ogdensburg Pepsi punches the ball over the goalpost in Sunday’s 2-1 win over Madrid at Kennedy School. Dave Shea/The Journal 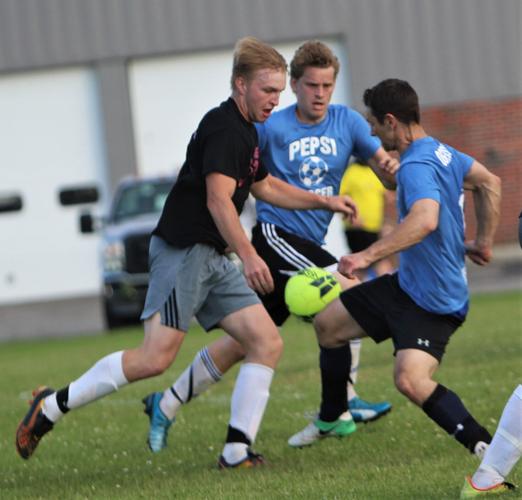 Nate Beaulieu of Ogdensburg Pepsi punches the ball over the goalpost in Sunday’s 2-1 win over Madrid at Kennedy School. Dave Shea/The Journal

Ogdensburg Pepsi made a significant first entry into the winning column of the 2022 North Country Men’s Summer Soccer League season with a 2-1 victory over defending champion Madrid at Kennedy School on Sunday.

Pepsi produced a pair of first half goals and netminder Nate Beaulieu (14 saves) made a series of leaping saves in the second half to secure the win.

Syrus Glade figured in both goals setting up Peyton Lalone and converting off a pass from Matt Gladle.

The win gave the Pepsi booters a 1-1-1 record following a 6-2 loss to Canton and a 1-1 tie with Harrisville.

In other games played on Sunday Lisbon downed Heuvelton 16-0, CKON and Canton played to a 1-1 tie and Potsdam blanked Colton 7-0.