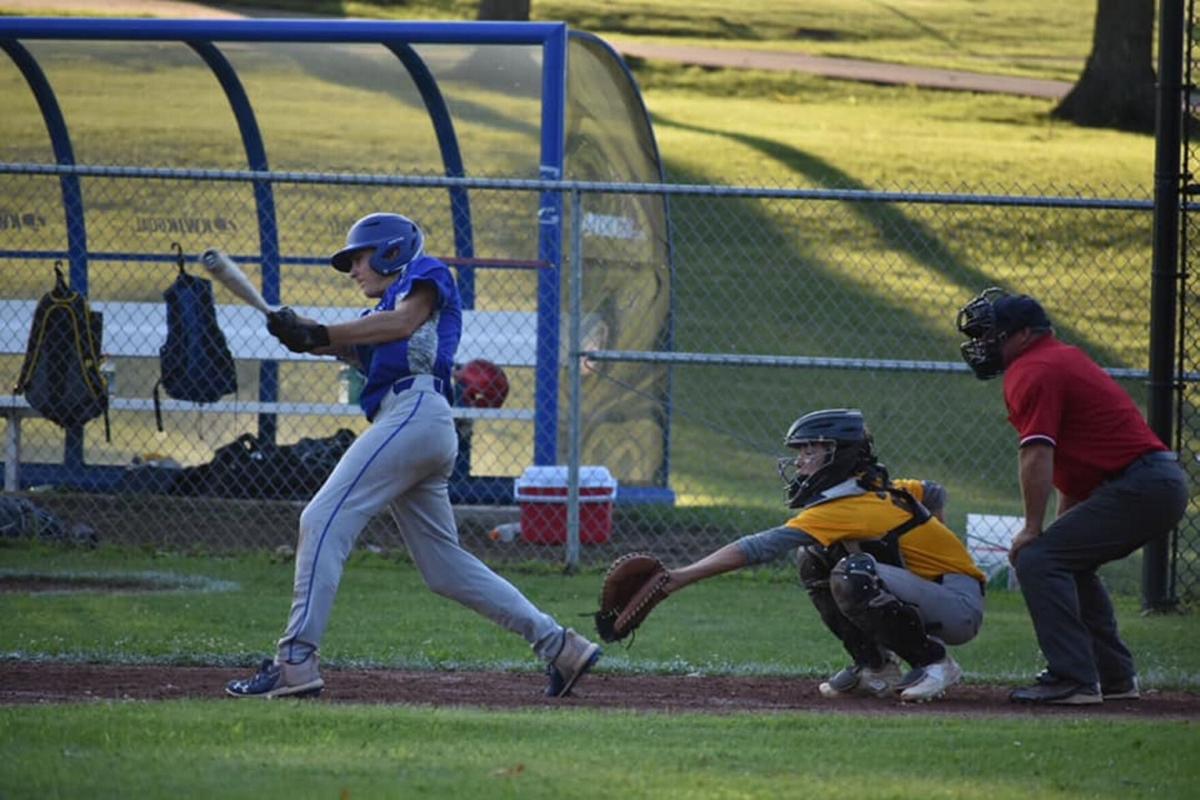 Nice hit for Lisbon in a 15U baseball win over Canton on July 20. Emily Holland photo 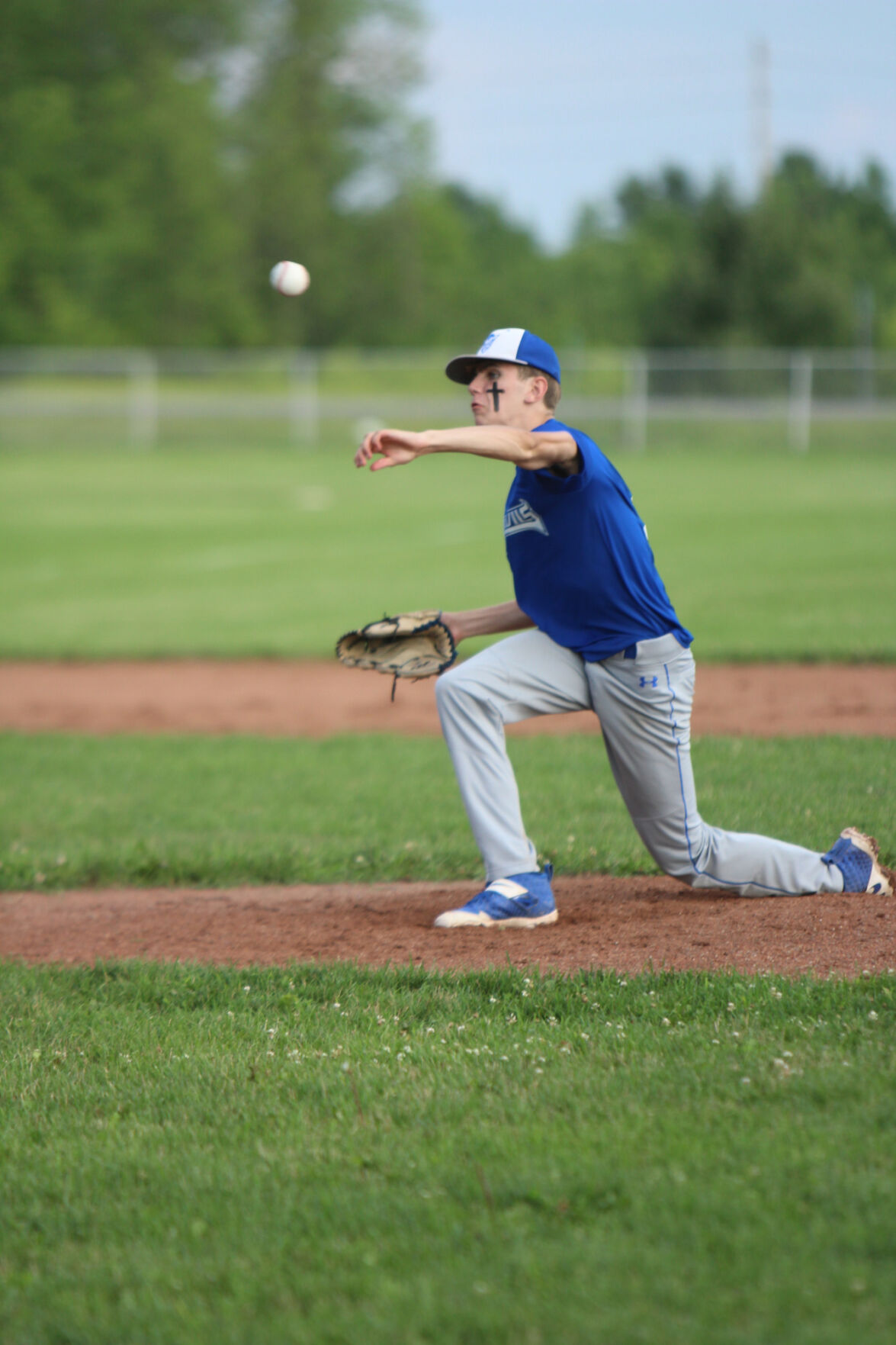 Madden West delivers a pitch in a solid start for the Ogdensburg 15U Baseball team which produced a win over Norfolk. Dave Shea/The Journal

Nice hit for Lisbon in a 15U baseball win over Canton on July 20. Emily Holland photo

Madden West delivers a pitch in a solid start for the Ogdensburg 15U Baseball team which produced a win over Norfolk. Dave Shea/The Journal

Ogdensburg and Lisbon both used the combination of explosive hitting and clutch pitching to gain 15U Baseball wins in the North Country Youth Sports system in recent action.

LISBON - Lisbon used a strong hitting effort and clutch pitching to gain a 15-7 win over Canton in North Country Youth Sports 15U Baseball action on July 20.

Tyler Sovie pitched a very good game picking up the win. He allowed three runs on two hits struck out three through four innings and Matt Bleau and Lucas Gravlin came in relief and both contributed to the save closing out a four-hitter.

Sparking the offense were: Isaiah White with two hits, two runs and four RBIs and Tyler Sovie with 2 hits, 2 runs and 3 RBI’s.

Matt Bleau, Gabriel Smith, Trystan Biller, Blake Woods and William Pirie all contributed with hits and RBIs throughout the night.

“The team ran the bases very well tonight as always with a total of 15 stolen bases and Tyler Sovie pitched very well to get the win wth Matt Bleau and Lucas Gravlin both contributing to the save,” said Lisbon Coach Lucas Gravlin.

“I thought the boys played very well tonight, we showed up to the plate and played very well defensively. We were missing a few of our starters but our young players really stepped up big tonight to help with the win. I really thought our pitching staff did well tonight only allowing four hits.”