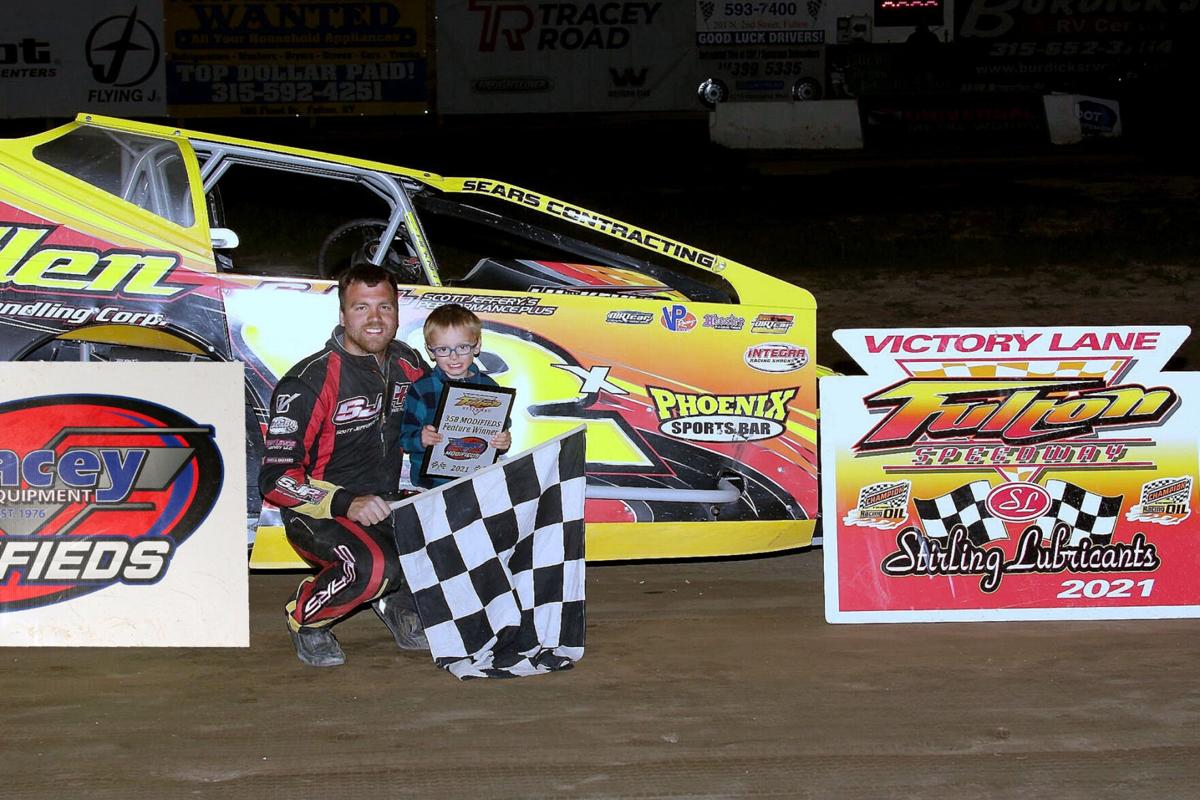 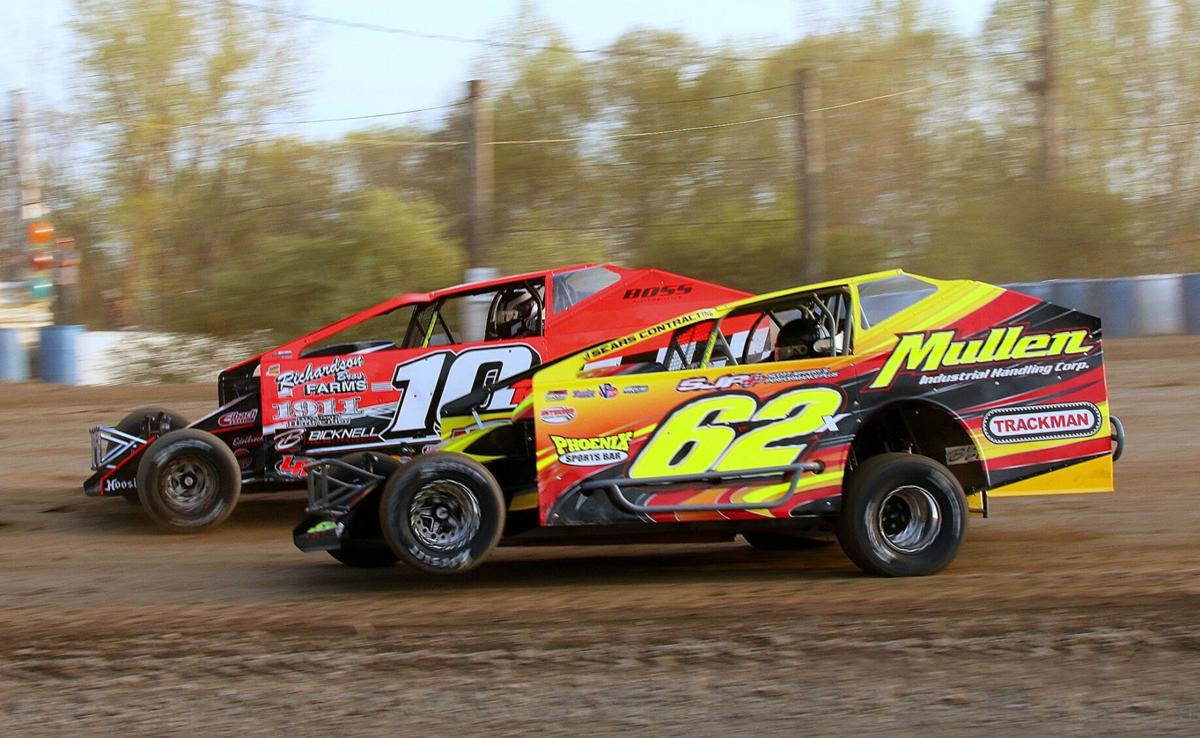 FULTON — The earliest moments that Tim Sears Jr. can recall from Fulton Speedway involve sitting in front of the stands and playing with dirt while cheering on his dad, Tim Sears Sr., racing his 358 modified around the 3/8-mile high-bank oval.

Sears Jr. is now providing the fond memories for the family after opening the Fulton Speedway season with three straight DIRTcar Modified feature victories, sweeping all three points races for the division held prior to Memorial Day weekend.

The Hastings native and 2010 Paul V. Moore-Central Square High School graduate ended May as the points leader at Fulton and ranks fourth at Brewerton Speedway with a pair of top-five finishes through two points races at the nearby track.

“It means the world, we all work so hard on this stuff every week, we put as much time if not more into these cars each week than we do our jobs, it means a lot,” Sears Jr. said. “When you put so much time, effort, and money into it, it’s nice to see the results start coming around.”

Sears Jr. is extending his family legacy in the sport at the area dirt tracks, both of which are within roughly 15 miles of both his current and childhood homes.

He is joined weekly by his wife, Andrea, a fellow Central Square alum. The couple met in sixth grade at school and have a young son and daughter, who now share the role of cheering for dad at the races. They are joined by Tim Sears Sr. and the rest of their extended family each week.

“They’re my drive, that’s what keeps me going,” Sears Jr. said. “Everyone has just been brought up in it and the whole family is there every weekend.”

Sears Jr. started racing around age 15 upon the formation of the novice sportsman class at Fulton in 2007. He won the DIRTcar Sportsman Series titles in 2010 and 2011 before converting to 358 modifieds to begin the 2012 season.

He initially sported No. 83 as an homage to the year that both his father and his uncle, Tom Sears Jr., got started in auto racing. The Sears brothers started as teenagers racing street stocks at Fulton Speedway after learning how to build and repair cars with their dad, Tom Sr., much like they have taught the younger generation now operating with more advanced machines.

According to Tim Sears Sr., their father quickly decided to focus on helping his sons race after initially getting behind the wheel to race with their uncle, Frank Mason, and a group of family friends.

“We’ve been into this as a family for a long time, so it’s kind of cool looking back from where we started to where we are,” Tim Sears Sr. said. “Everything was a lot different back then, we didn’t have the help and money to do a lot of things, but it was fun learning to do it and I think that’s what makes us really competitive people.”

Tim Sears Sr. stopped racing around 2007 as his son became active in the sport, but his brother, Tom Jr., has remained an active driver and ranked 11th in points at Brewerton Speedway behind his fourth-place nephew in the modified division at the end of May.

“Once we put helmets on, we’re all the same,” Tim Sears Jr. said. “You don’t treat anyone different, you just go out and do the best you can with what you got.”

Sears Jr. is racing his first season full-time in the No. 62X car owned by Mullen Industrial Handling Corp. at Fulton Speedway, and is operating a new family-owned Troyer machine as No. 83X at Brewerton Speedway. Sears Jr. also noted E&V Energy as a key sponsor helping steer his success.

“We have a lot of great people behind us this year to help, and we’re just taking advantage of having good stuff and running the best we can with it,” Sears Jr. said.

He capped off his three-feature win streak on May 21 to open the Fulton Speedway season by charging to the front after starting in the No. 19 position.

“I just want to be consistent and finish out the year, hopefully keep the strong momentum we got going throughout the whole year,” Tim Sears Jr. said. “We’re going to be running a lot of races, and hopefully we can just keep good runs going.”