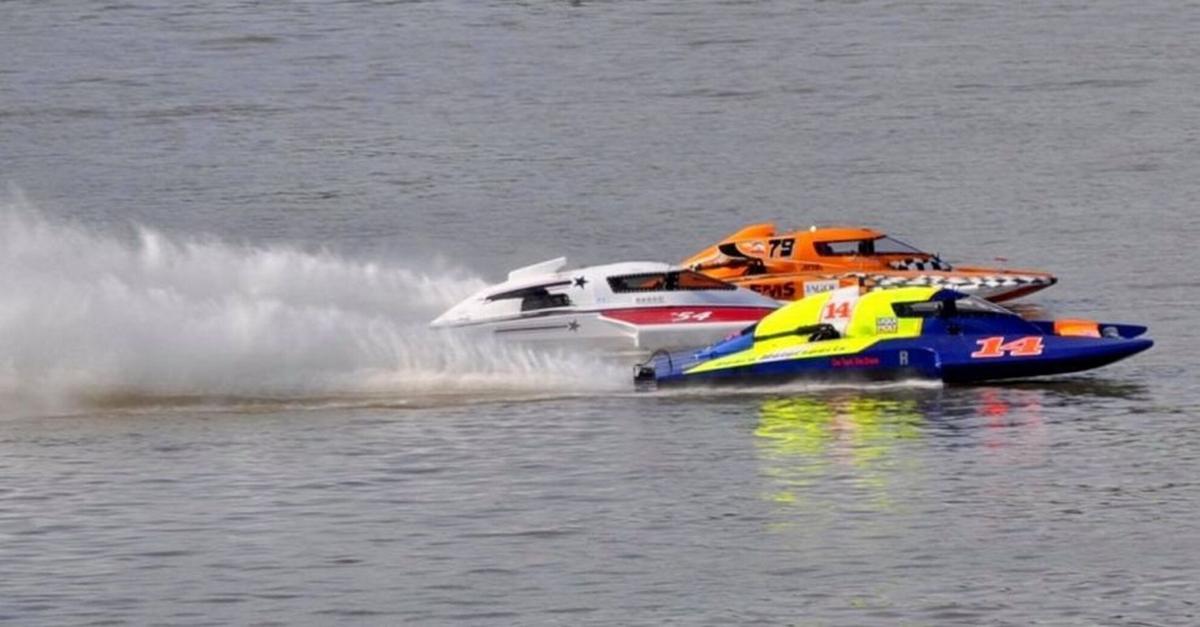 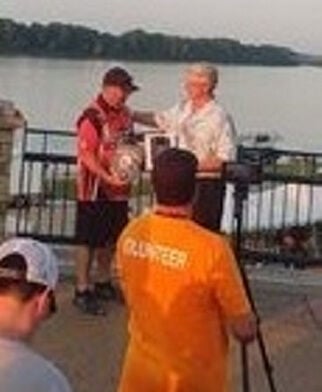 Rising waters on the Ohio River put a damper and eventually cancelled the majority of the racing at the Owensboro Hydrofair in Kentucky on Saturday and Sunday.

But Ogdensburg’s hydroplane racing contingent played a major role in North American Championships which were decided in the 5 Litre and Grand Prix classes.

Ogdensburg native and Oswego resident Derec Smith broke away from a three-boat field in the 5 Litre class on Saturday to gain his second straight win for the Hate Cancer Team following a victory at Seattle, WA.

“Had a great weekend in Owensboro Ky, Thank you for all the help Tip Draffen, Dave Stering, Karen Machia Coffield, Tim Coffield, and Jeff Bernard. Julie Gamache Caler and Michael A Grendell for giving me a great boat to drive. Thanks to RSTZ, EMS, H8 Cancer racing, and homes by Benny,” said Smith in a Facebook post.

Smith raced away from Andrew Tate who drove the Miss Owensboro to the Grand Prix Championship on Sunday. Driving from lane 5, Tate drove the GP-777 Miss Owensboro around the field of five GPs. Tate over took Jeff Bernard in the GP-79 Bad Influence on lap 3 and won in dominating fashion.

Bobby Kennedy drove the TM Special Thompson Brothers Racing Team to fastest qualifying time and took the lead in the finals but the boat’s engine blew out. Ogdensburg’s Joe, Ayden and Bob Sovie and Steve Perretta were all members of the pit crew which was praised by Kennedy after the race on a Facebook post.

“What a rollercoaster of a hot and humid weekend. I would like to thank Sandra Main Thompson and Ron Thompson with trusting me behind the wheel of the GP-35 TM-SPECIAL presented by Kentucky Tile Distributors. I would like to thank my whole team for their hard effort in giving me the best of the best. Stephen Webb , Joe Sovie , Steve Perretta , Cal and Ayden Sovie you guys put your blood sweat and tears into it this weekend battling the heat. We went out and got a heat win ( my first GP win ) with the fastest time to put us on the inside for the final . This boat was a rocket . We had some mechanical issues in the final but we will be back stronger and faster next time , trust me on that one ! It was really fun racing all of these guys in the GP class . Congratulations to Andrew Tate for grabbing the win in the final , great job.”

Joe Sovie was also scheduled to drive Bill Vielhauer’s 350 Hydro “Last Minute Again” in another Ogdensburg connection but Vielhauer was among several owners who withdrew their boat because of large amounts debris on the course.