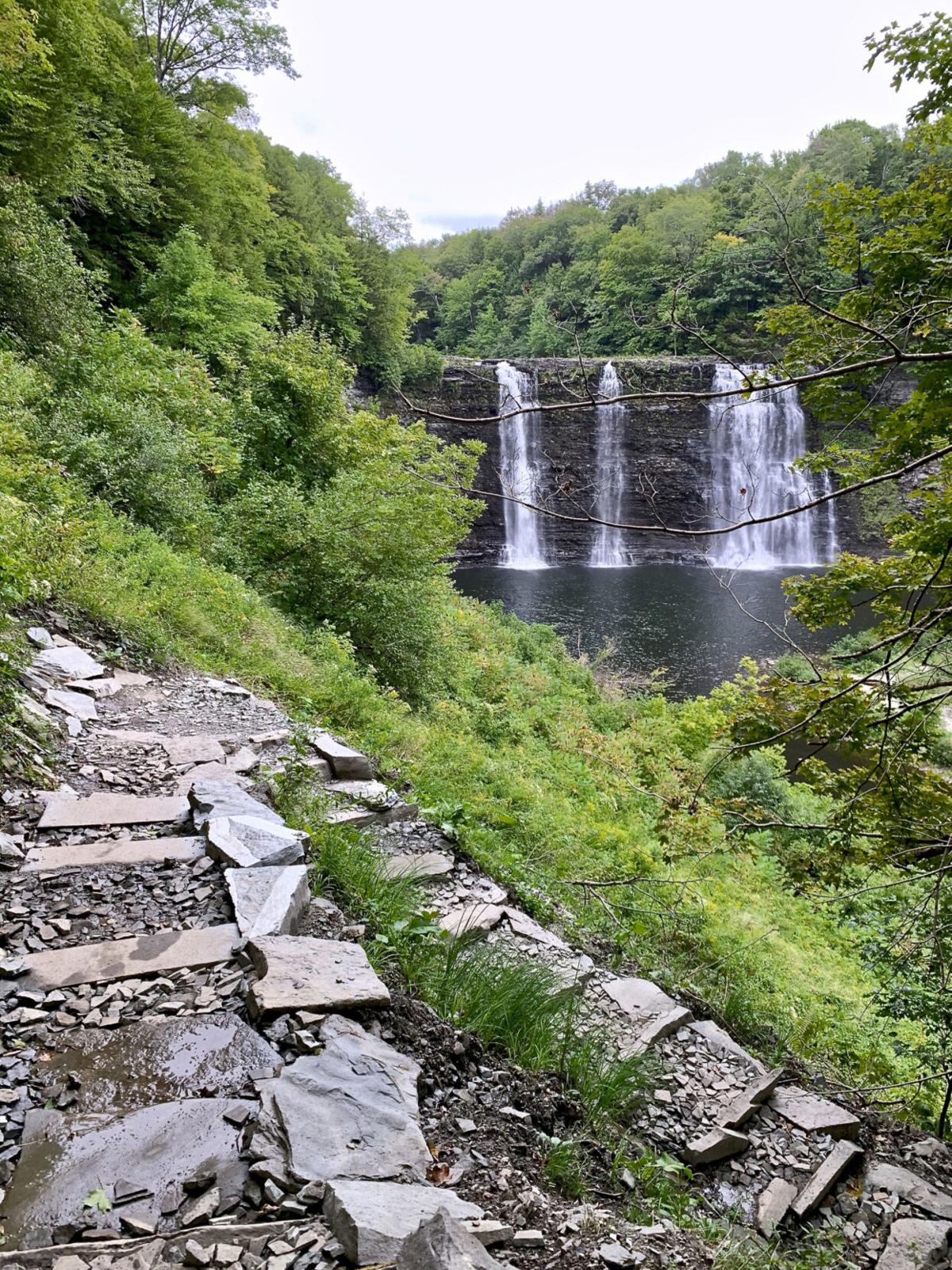 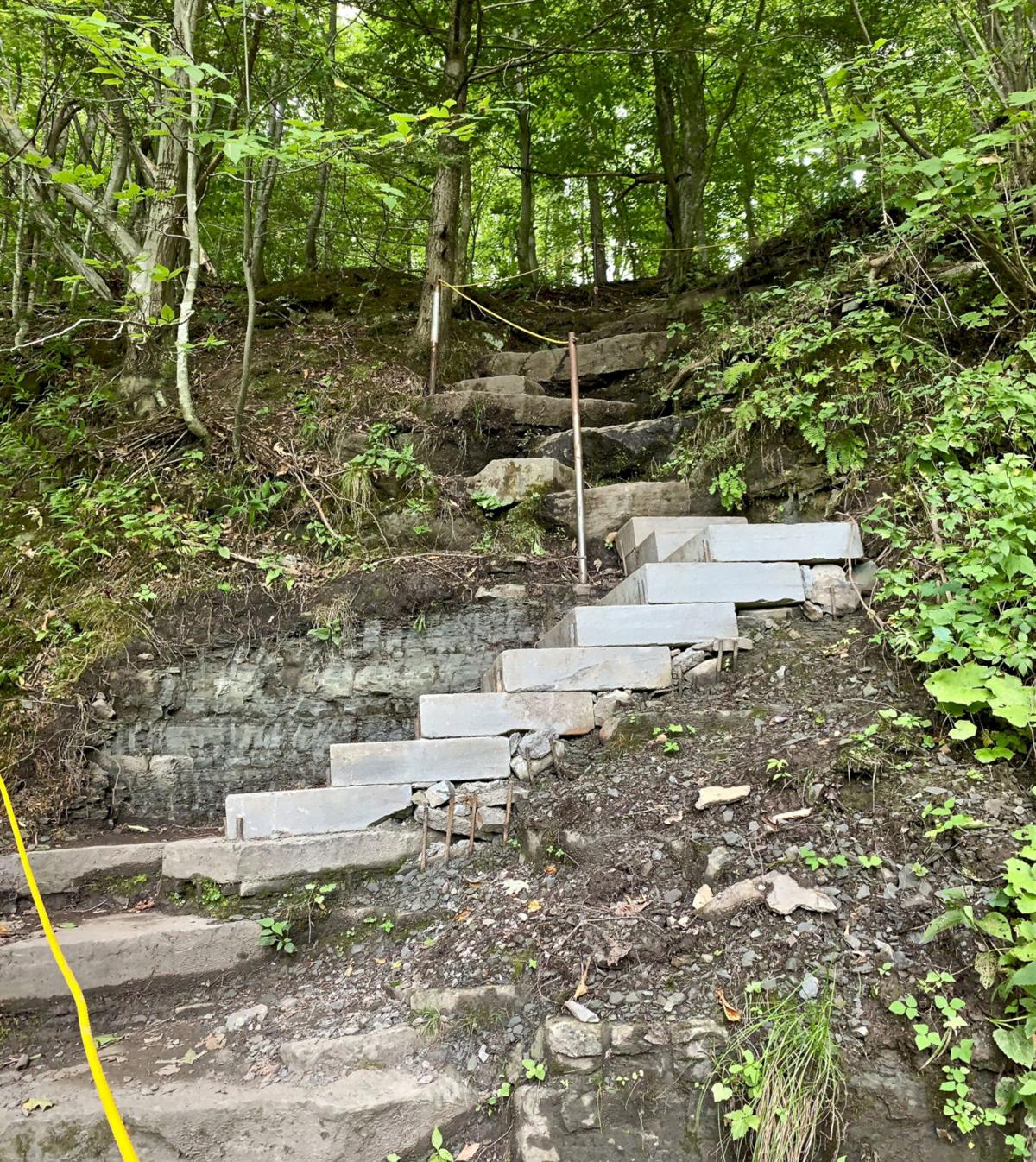 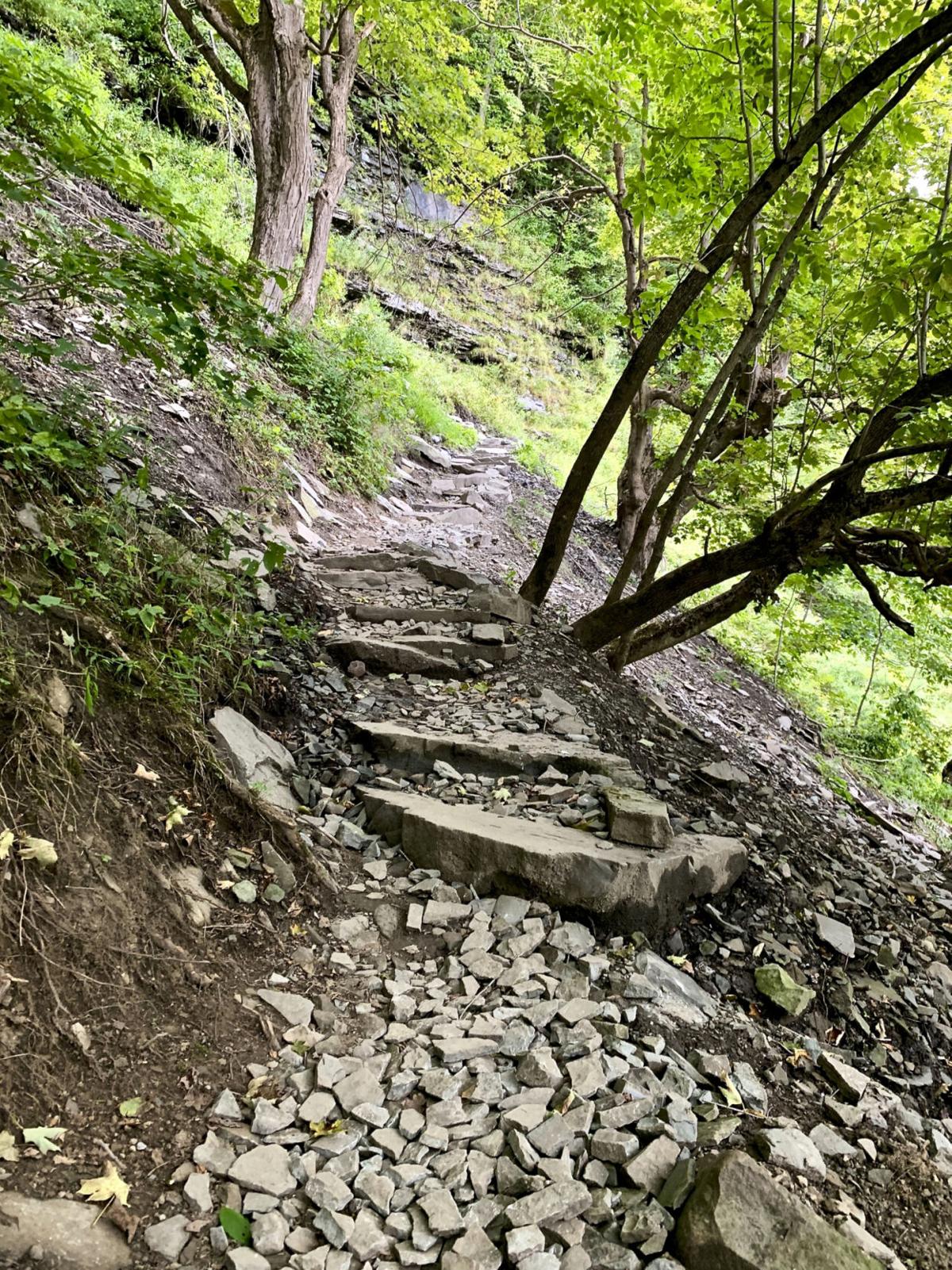 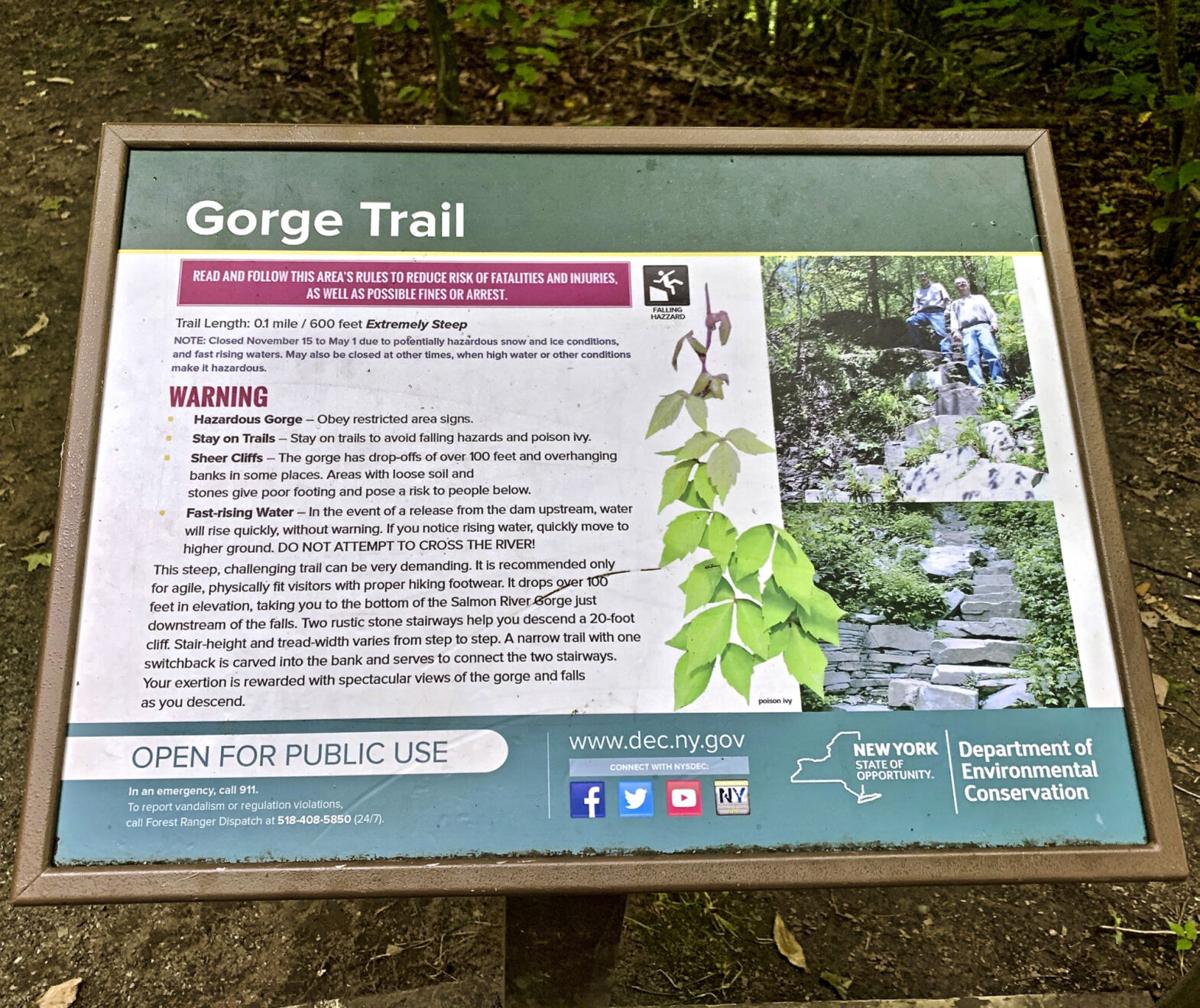 A sign at the top of the trail warns of its difficulty. Oswego County Tourism photo

A sign at the top of the trail warns of its difficulty. Oswego County Tourism photo

ORWELL — Closed by the state Department of Environmental Conservation over a year ago in the first week of August 2019, the Salmon River Falls Gorge Trail, the steepest of trails surrounding the falls, was reopened in September somewhat safer but still a demanding hike down to the popular falls’ base.

Dropping 100 feet over the short 600-foot trail makes for a considerably steep descent. Every map, guide, and article on this trail warns of its difficulty and the necessity that those who attempt it be in good physical condition. This is not a simple walk in the park.

Parts of the trail have been improved recently by volunteers of the Adirondack Mountain Club who built the original trail in 2000 and improved it also in 2008.

And yet, it is still a tough hike down.

Sections of the trail can seem almost washed out and slick after rainfalls. Much of the trail is covered in small flat rocks that, though they look like they could give way any moment, hold firm on the way down. The trail is not especially wide. You’ll encounter switchbacks and sharply-angled bends.

However, what were some of the least stable and steepest sections have been improved now with wide, solid, concrete-block stairs. There are some ropes to hold onto along parts of the descent but not many.

About halfway down, the falls come into view, making for a nice photographic opportunity. But for even more dramatic photos, continue on down. You’ll end up right at base level with the 110-foot falls and a beautiful pool of water before you.

As tempting as it might be, swimming is not allowed in that pool.

The Gorge Trail is open from May 1 to Nov. 15. It is closed in the winter except to ice climbers, who must register at a sign-in area.

The general Salmon River Falls area is located on Falls Road in Orwell 1.4 miles northeast of County Route 22. The area also provides a number of other, much easier, trails that also offer beautiful views of the falls. One trail is wheelchair accessible.

Oswego County Tourism sent one brave soul down the Gorge Trail with a video camera. Although the video ends about halfway down the trail, it will give you a very good idea of what you’re in for should you decide to attempt this demanding, but rewarding, trail down to one of the most beautiful attractions in the county.

Here are links to that video: https://www.informnny.com/abc50-now/new-gorge-hiking-trail-revealed-at-salmon-river-falls/