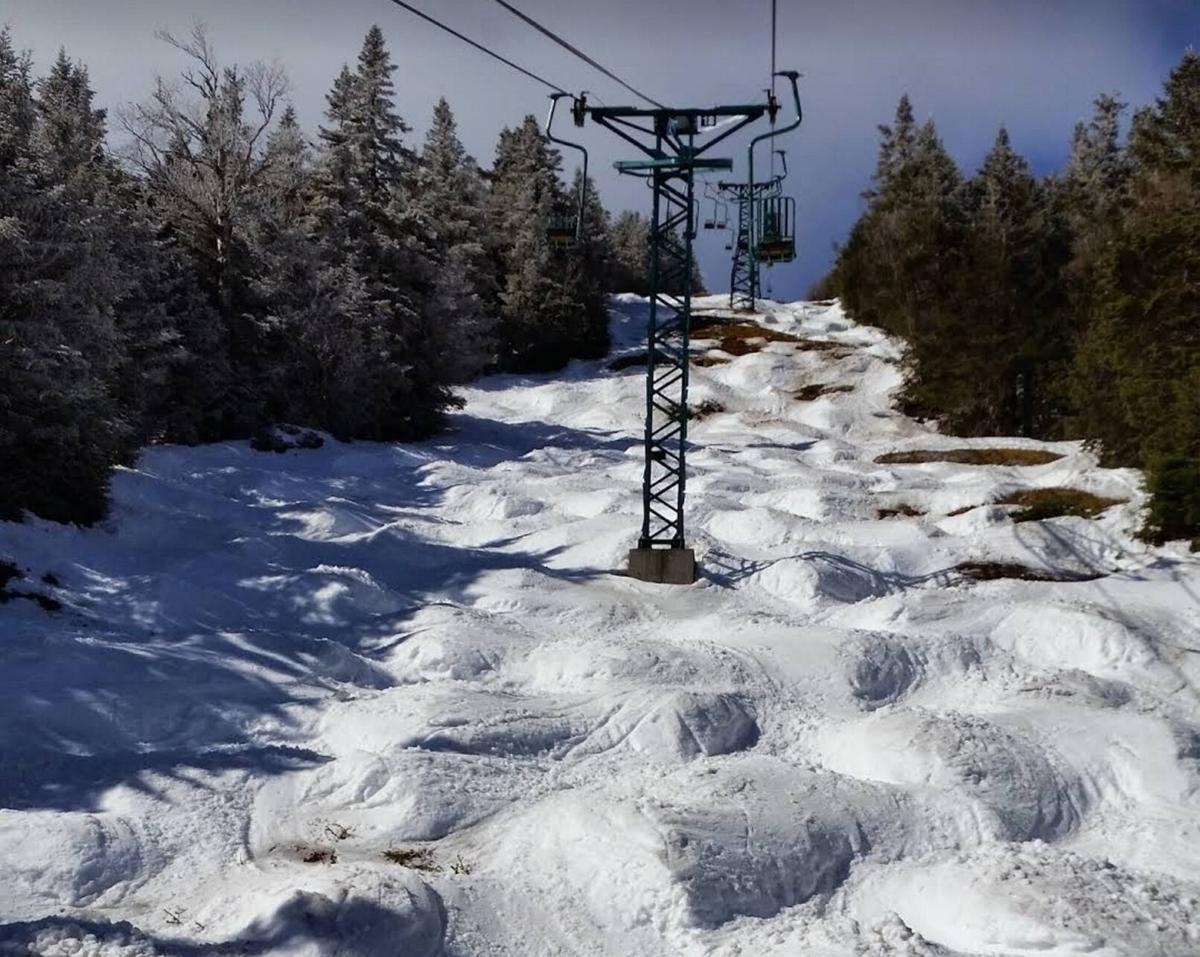 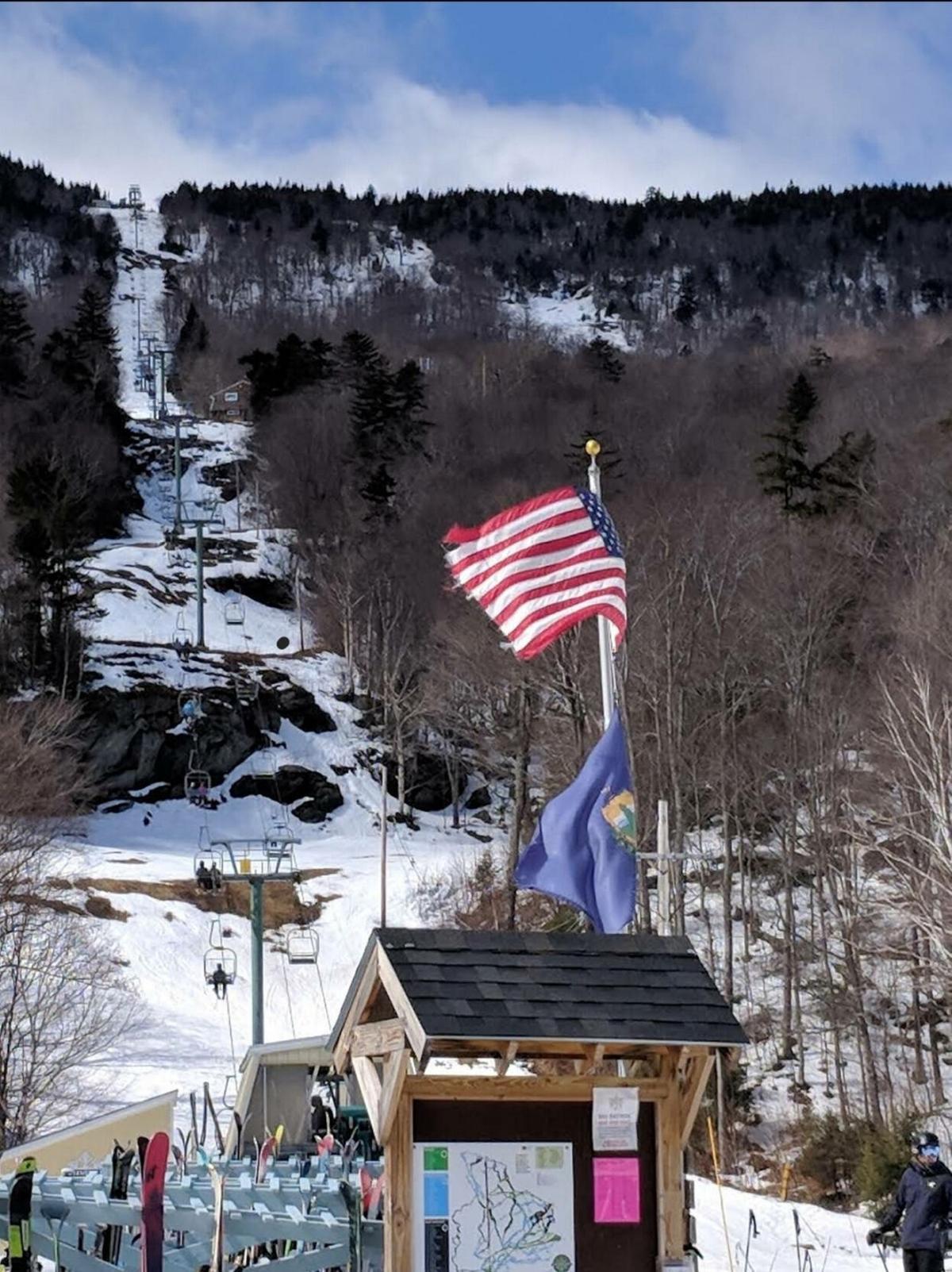 A view from the bottom of Mad River Glen in Vermont. Submitted Photo/CO

A view from the bottom of Mad River Glen in Vermont. Submitted Photo/CO

Roland Palmedo, the mountain’s founder built the Single Chair at Stowe in the 1930s. Early in Stowe’s skiing history, Palmedo became disenchanted with vying for commercial interests and became committed to developing Mad River Glen where sport, not profit, would be the objective.

Palmedo, a Navy pilot that served in both World Wars I and II, scoured the Green Mountains for the perfect location to start his new venture. After carefully considering various options, including Killington Peak, Mount Abraham and Mount Ellen, he settled on the relatively diminutive General Stark Mountain. He selected it because of the trail and terrain potential, its northern exposure, and abundance of snowfall. He purchased over 700 acres from the Ward Lumber Company and began work.

Palmedo believed “a ski area is not just a place of business, a mountain amusement park, as it were. Instead, it is a winter community whose members, both skiers and area personnel, are dedicated to the enjoyment of the sport.” Mad River Glen developed over the years with this vision of community as its foundation. He also believed in working with nature and not against it.

The American Steel and Wire Company built Mad River Glen’s renowned Single Chair which, at the time, was the fastest in the world. The mountain opened for the 1949 season with a network of five trails. Mad River Glen was considered a “top shelf” ski area that went toe-to-toe competing with New England’s best known early ski operations. Over the ensuing decades the new Sunnyside Double Chair was added in 1961, followed by the Birdland novice area in 1967, and then the Practice Slope Chair in 1971.

As the ski industry changed with the advent of snowmaking and increased grooming, Mad River Glen remained relatively untouched by time. This was due mostly to the fact that there was precious little water for snowmaking and the steep, raw terrain did not lend itself towards grooming.

In 1972, a group led by Truxton Pratt purchased Mad River Glen with his wife, Betsy, taking controlling interest of the Mad River Corporation upon his death in 1975. Over time, Mad River Glen became a skiing backwater in the ski industry. When Pratt decided to sell, it was to Mad River Glen’s loyal skiers. On Dec. 5, 1995, the Mad River Glen Cooperative was formed, creating the first cooperatively owned ski area in America. This meant Mad River Glen’s famously devoted skiers now owned and controlled their mountain.

Today, Mad River Glen is the only ski area in the nation on the National Register of Historic Places. Unlike other ski areas, Mad River Glen’s goal is to maintain and preserve the experience rather than to overhaul or upgrade. Both the skier-owners and management understand that skiers come to Mad River for the unique combination of legendary terrain, sense of community, low skier density, and intimate atmosphere.

If you have been vaccinated, you do not need to quarantine to travel to Vermont or return to Vermont, as long as at least 14 days have passed since you received your final vaccine dose. People who are fully vaccinated may gather with other people who are vaccinated. Two unvaccinated people or households may gather at a time. Restaurants may seat six people together and they may be from different families.