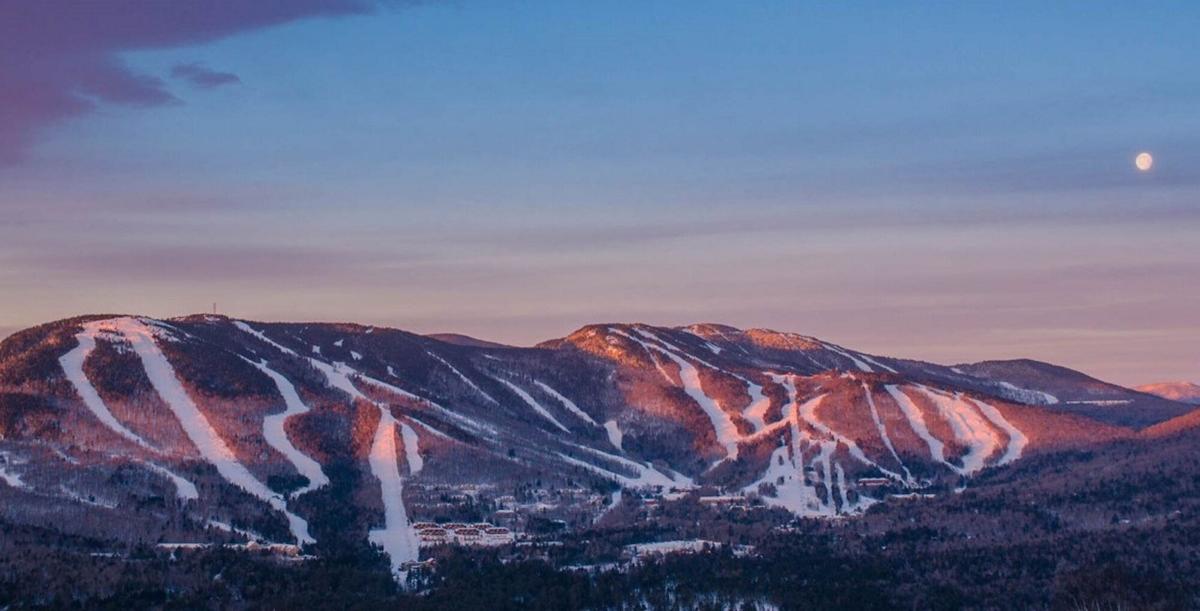 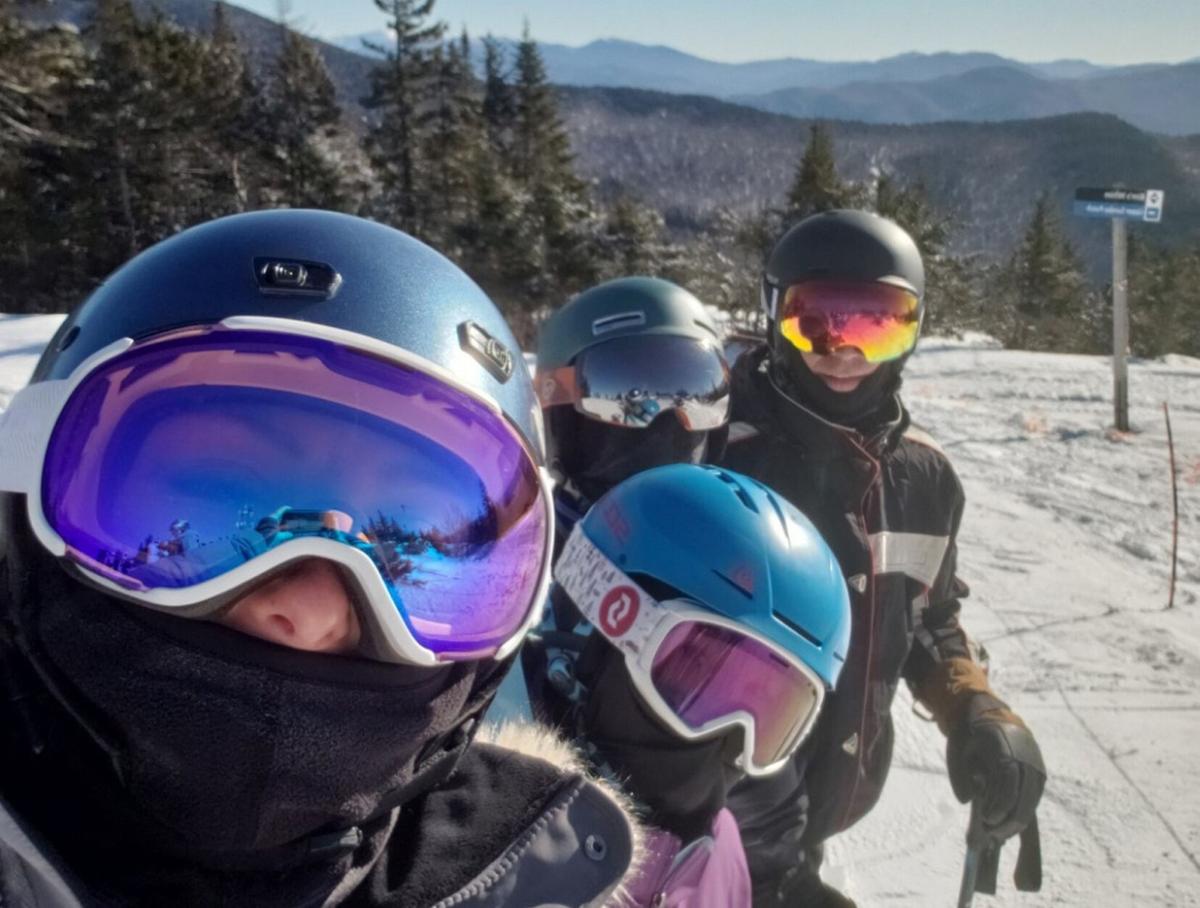 The author takes a moment to take a selfie with her family on one of the slopes at Sunday River Resort of Maine. Christine Eldred/CO 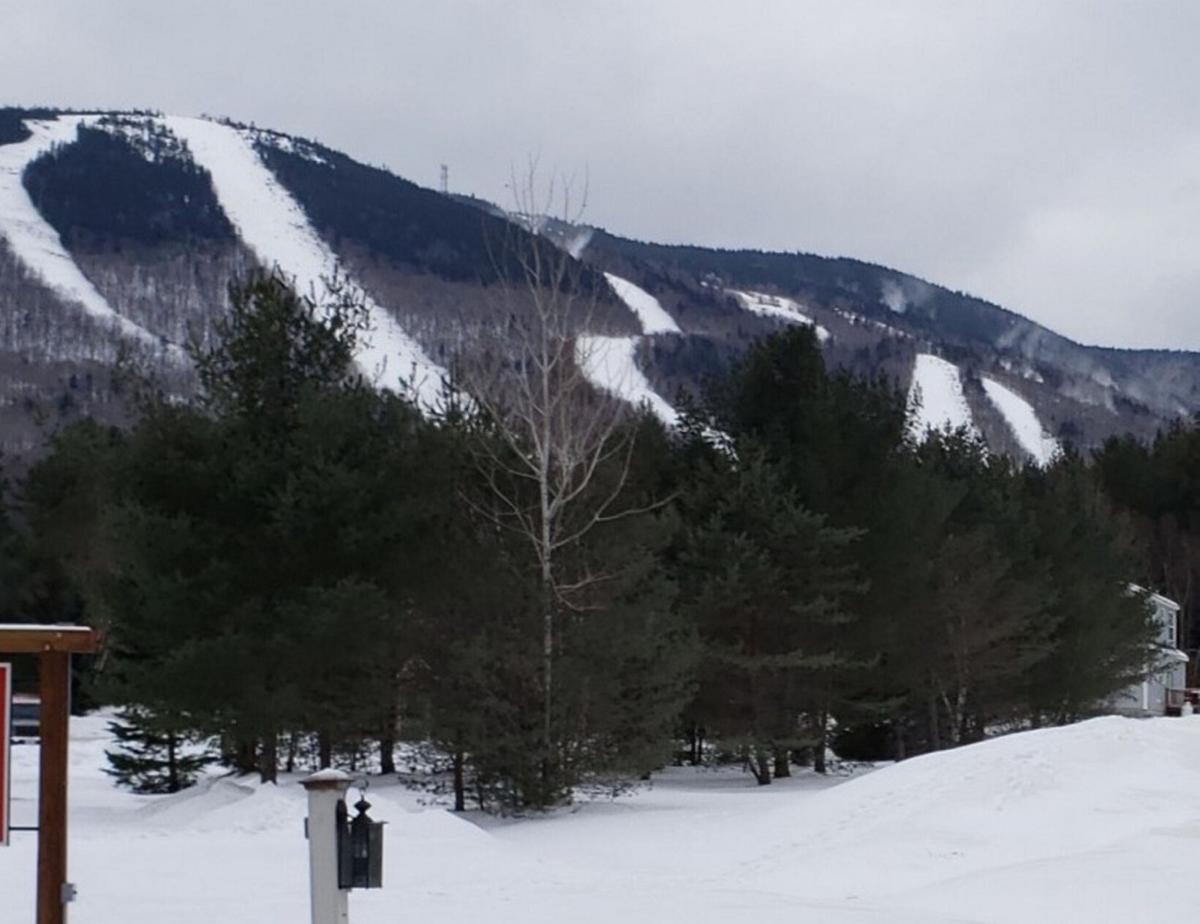 A view of at Sunday River Resort of Maine. Christine Eldred/CO

The author takes a moment to take a selfie with her family on one of the slopes at Sunday River Resort of Maine. Christine Eldred/CO

A view of at Sunday River Resort of Maine. Christine Eldred/CO

Our family of four found our happy place this past weekend at Sunday River Resort, Maine, a vast resort that spans three miles from White Cap to Jordan Bowl.

There is something about Sunday River, and the way it stretches across eight peaks of snow-riding and skiing adventures, which reminds us of skiing out

This is the second time we have visited the sprawling Sunday River Resort and found it to be well worth the trip and an exciting adventure. We arrived on a Thursday night at the Grand Summit Hotel and naturally the kids had to jump in the heated out-door pool and jacuzzi. Always a must on a family ski vacation. The next morning, we enjoyed a satisfying breakfast at the Camp Restaurant, located within

the Grand Summit Hotel complete with all the fixings to give us energy for the slopes.

Thanks to the slope-side skiing at the Grand Summit Hotel, we first skied the green Monstruck and went on to discover the White Cap Area. The featured trail, double-black White Heat on White Cap provided us with some big entertainment. The night before we skied it, Suday River snowfarmers blasted it with powder.

Skiing White Heat was thrilling that next day, as we flew over snowwhales and made windshields with our edges down steep terrain. One of our goals for this trip was to make our way over to the Jordan Bowl, before our stay came to an end. To get to the Jordan Bowl from White Cap several paths may be taken by ski adventurers. We made it there by first getting ourselves to the summit of North Peak, near the middle of the Resort. Off the summit of North Peak is the Peak Lodge, a stop to warm up with a baked potato, soup and a yummy cinnamon bun. From the Peak Lodge, we continued on towards the Jordan Bowl by skiing the green Dream Maker over to the green Sensation. At the bottom of this run, we took the quad Super Nova to the top of Aurora Peak, the fifth peak over from White Cap. Once up the Jordan Bowl

Express, we cruised the wide-open trail Lollaplooza. I admit, I was hard-pressed to keep up with my kids and husband on that adventure.

Another easier way to make it over to the Jordan is to get there from Spruce Peak, which is situated directly east of Aurora Peak. On Spruce Peak, my freestyler son, Ethan, loved the terrain on the black Downdraft and the blue Risky Business. Off to the sides on both trails, we found moguls with good lines. Yet, were able to pop out of those lines and pick up speed in the middle of those trails where they were nicely groomed.

Night skiing is also a neat experience at Sunday River, which is unusual for a big resort. Off of North Peak, we found a good mixture of intermediate and beginner terrain, where the lights are on from 4-8 p.m. on select weekends and holidays.

Sunday River is one of Maine’s largest and most visited ski resorts. Its vertical drop of 2,340 feet is the second largest in Maine and the sixth largest in New England. Sunday River has the most terrain among

the East Coast skiing destinations with 35 miles of trails and 870 trail acres. At Sunday River there are 135 trails across eight interconnected mountain peaks, serviced by a network of 18 lifts.