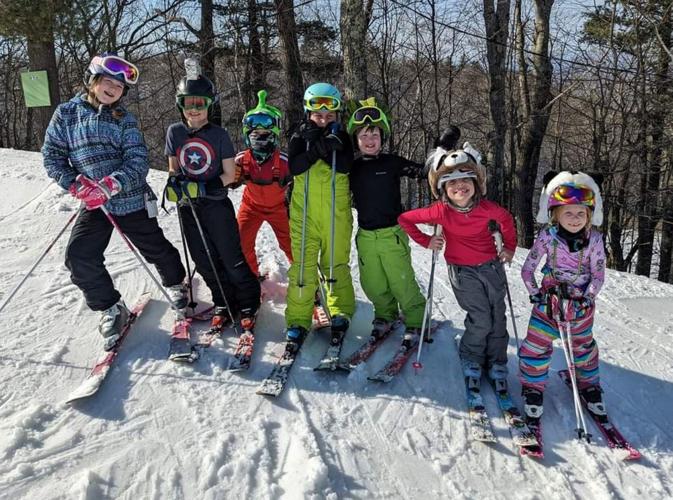 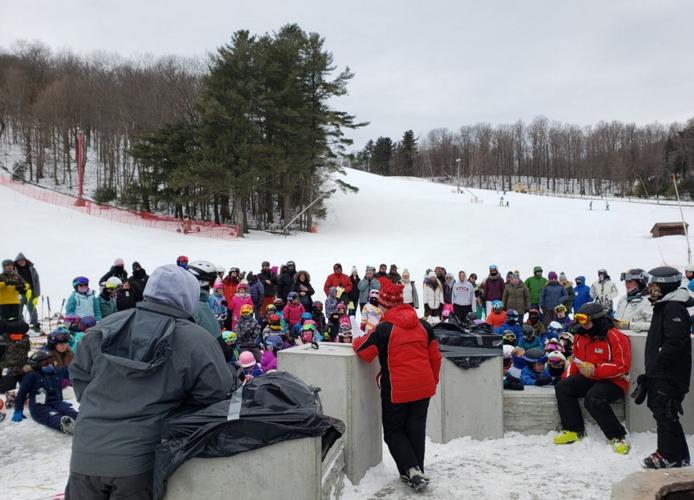 Willard Mountain in Greenwich wrapped up its signature STAR program with fanfare.

Last Sunday, Willard’s STAR program held its awards celebration on the slopes in front of Willard’s Race House. STAR students were awarded race ribbons for their placement in STAR’s Fun Race, which was held that morning. After 9 a.m., STAR students raced on a course on The Meadow, against their peers within their respective STAR levels of Red, Blue, Silver or Gold. Following the Fun Race, STAR Program Director Mary Schneible Reynold handed out awards to STAR students while parents and friends standing by to cheer and witness the event. Additionally, at the awards celebration some students graduated from the STAR program and earned their Gold Star for successfully and progressively completing all STAR levels.

The Willard Mountain STAR program is designed to accommodate skiing families who wish to have their children gain the skills needed to ski most terrain an any ski area. This program, offered to students ages 5-12, is a progressive learning experience that requires the completion of designated tasks before graduating to the next star level. Those in the STAR program are committed to 14 sessions during the ski season held on Saturdays and Holiday Weeks from 9-11 a.m. and 12-2 p.m. Since STAR tuition does not include lift tickets, a student must also purchase a Willard Mountain Junior season pass.

A STAR student does not have to be a proficient skier to enter the STAR program, but WILL graduate as a highly accomplished skier. STAR Students meeting the basic requirements will learn basic skills on intermediate terrain, while more experienced Star Students will master black diamond trails. After progressing through the STAR levels of Red, Blue, Silver and Gold, Gold STAR graduates will be prepared to enter Willard’s advanced All Mountain program or the Willard Mountain Race program.

Star Student pre-requisites: student must have the ability to ride the chairlift without assistance, be able ski a variety of snow conditions, the ability to ski intermediate “Blue” trails, and completed Level 6 of the Little Colonel program or higher, completed Level 5 in Willard’s six-week program, or demonstrate comparable proficiency.

Willard Mountain is “New York’s Coolest Little Ski Area,” a magical place in the hills of southern Washington County where it’s still about the people. Located just 30 minutes from most of NYS’ Capital Region, Willard is a place where everyone still knows your name, and you and your kids are treated like part of the family. At Willard everyone can learn to ski or snowboard in a relaxed family environment through a variety of lesson programs and options, or simply enjoy cruising down the trails on their varied terrain.