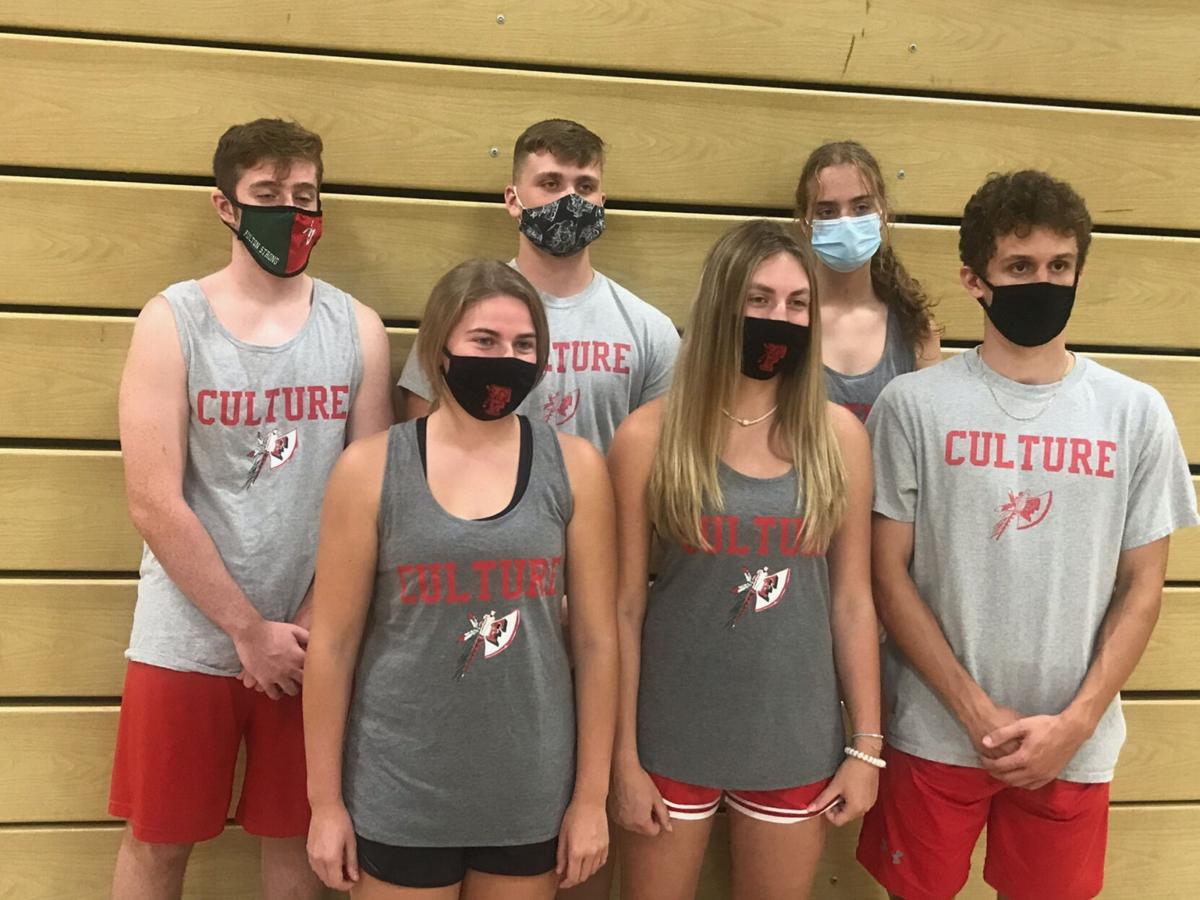 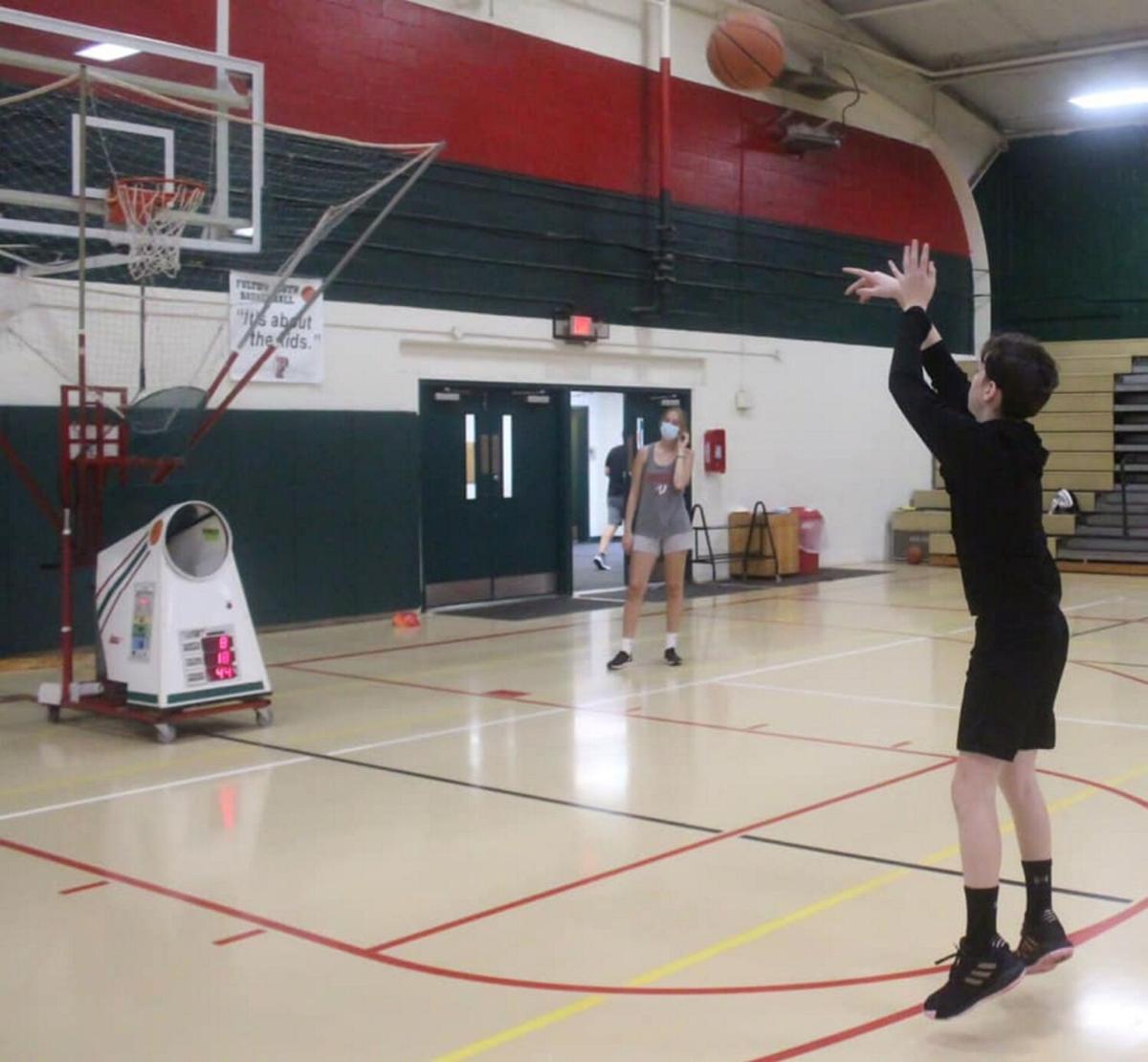 Alena Wright, left, watches as one of the participants works a shooting drill at the Basketball and More camp at Fulton-G. Ray Bodley High School last month. Photo provided by Sean Broderick. 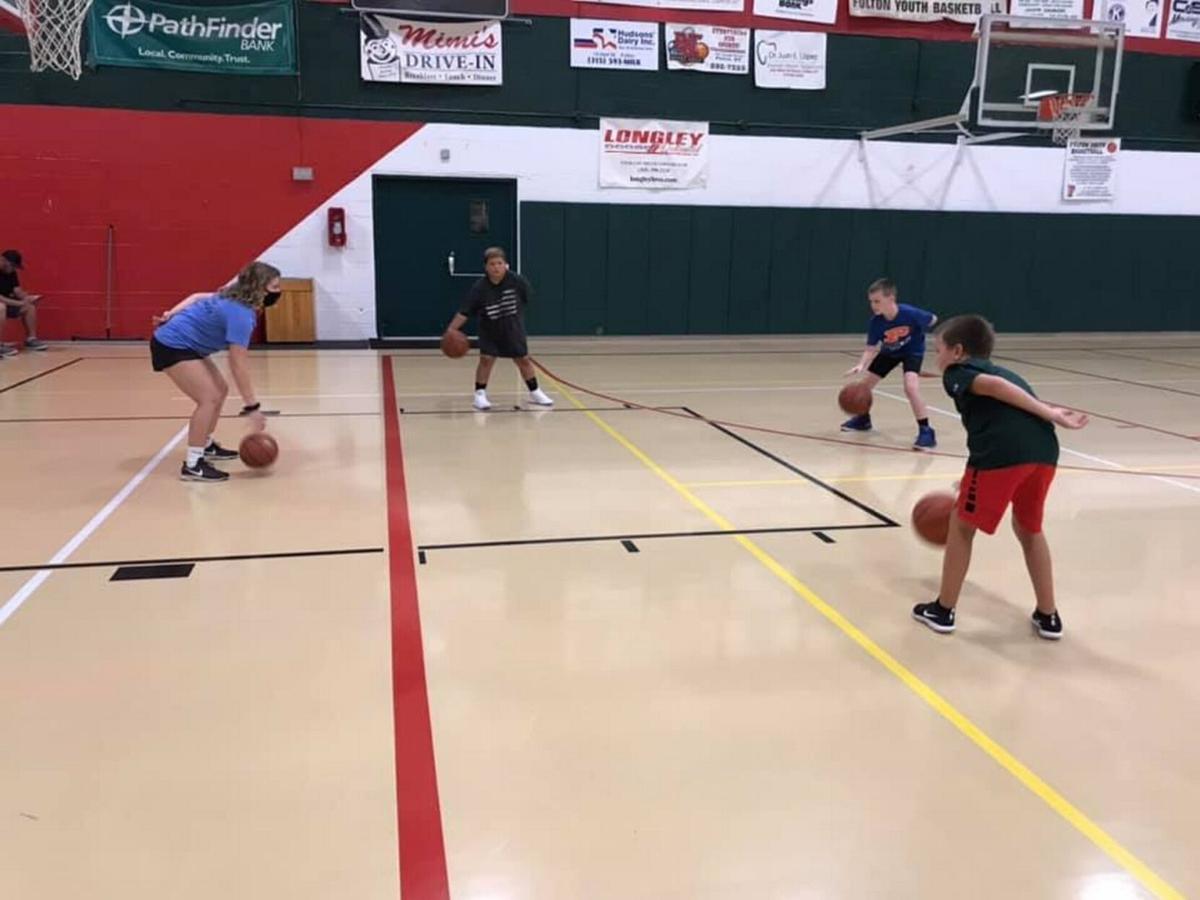 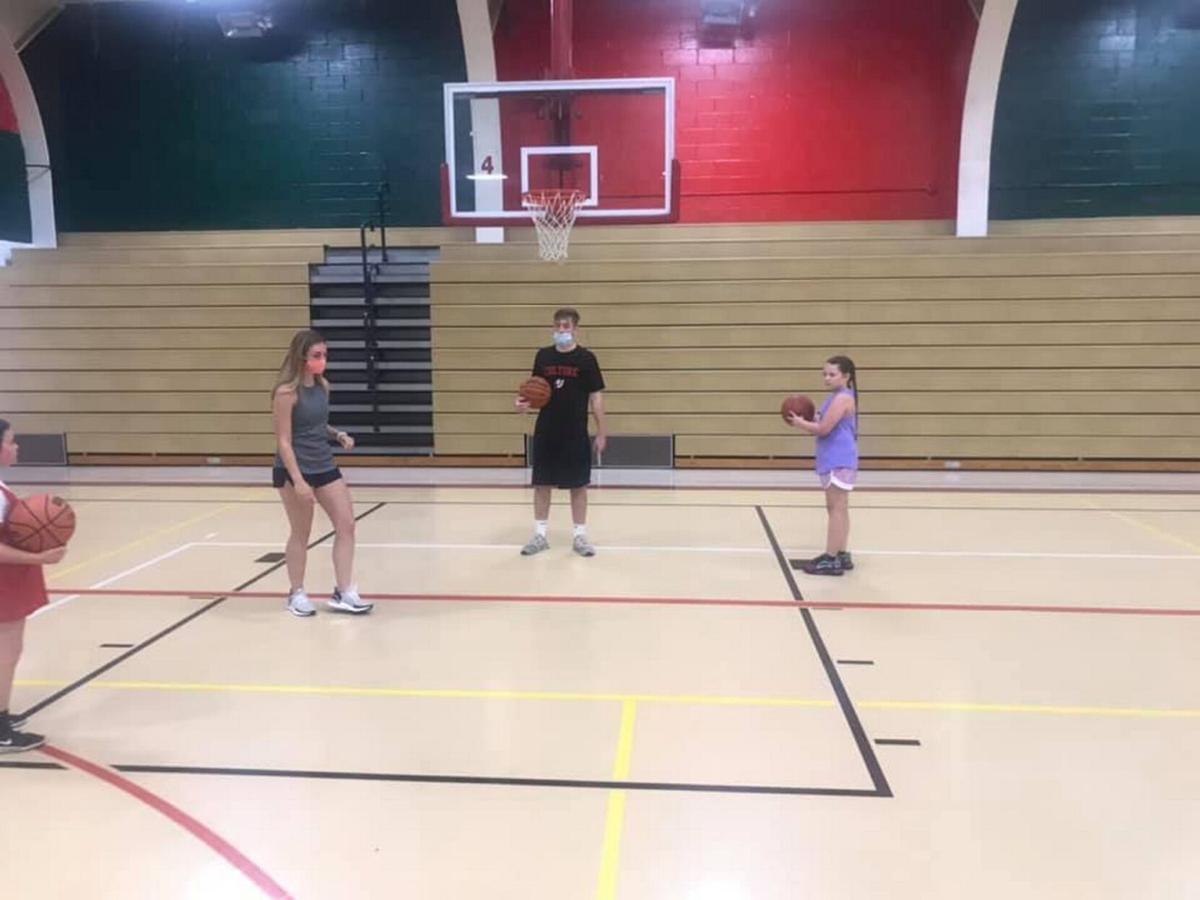 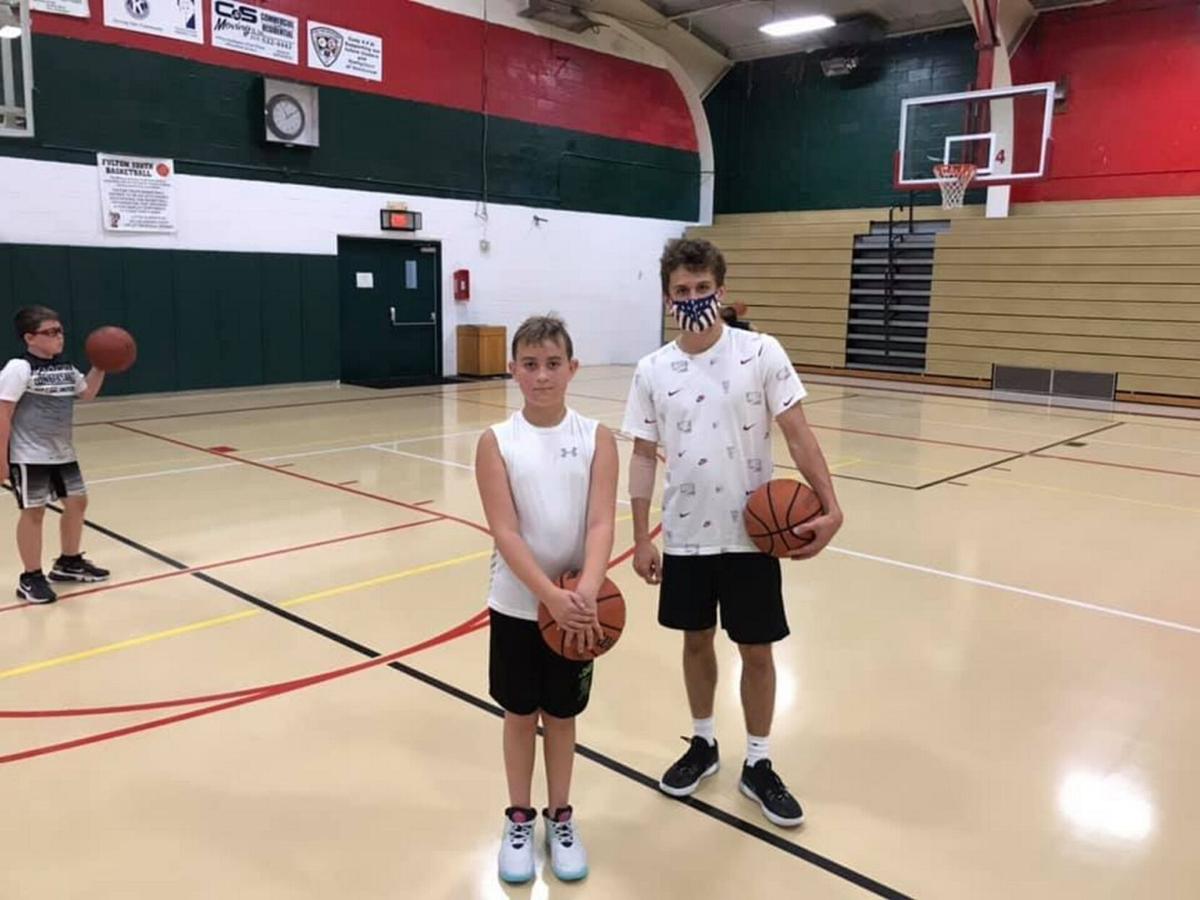 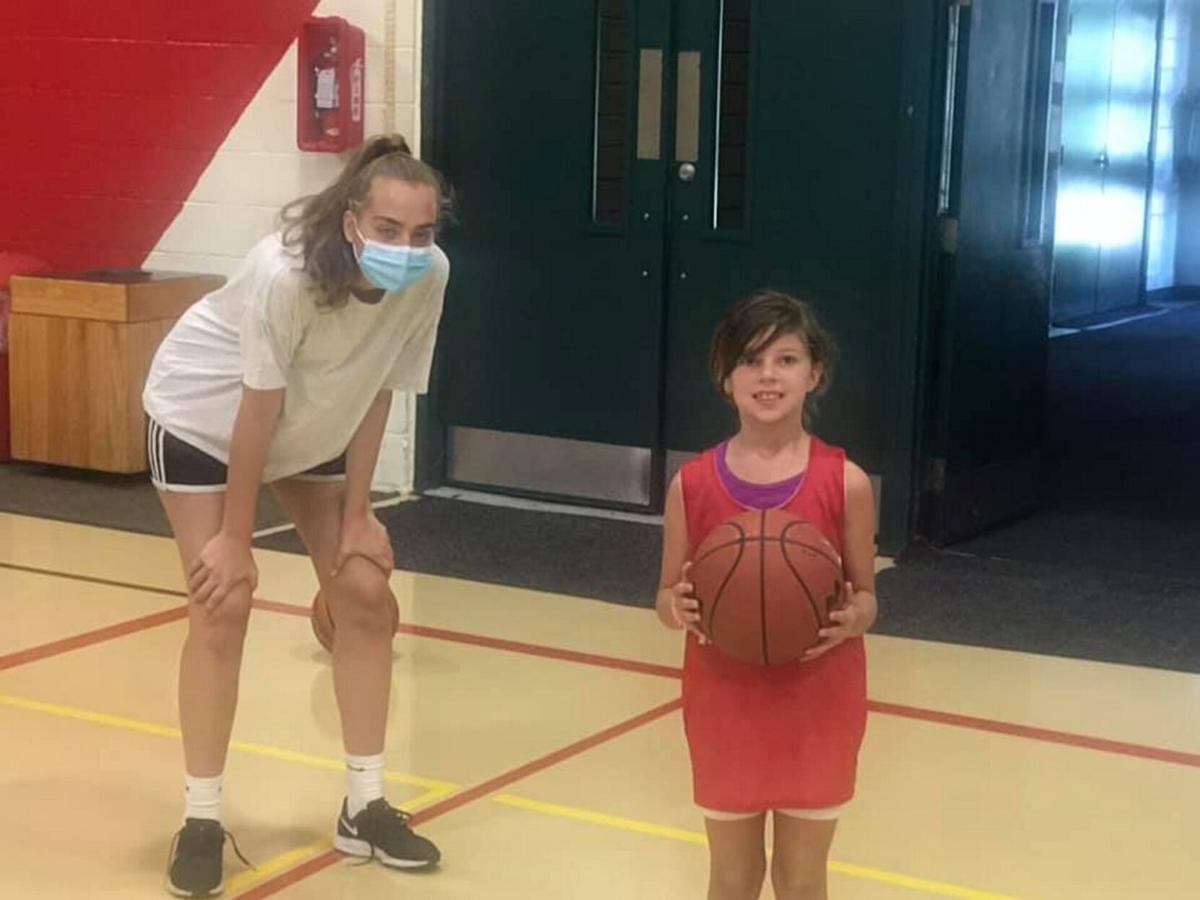 Alena Wright, left, watches as one of the participants works a shooting drill at the Basketball and More camp at Fulton-G. Ray Bodley High School last month. Photo provided by Sean Broderick.

FULTON — During the typical summer, Sean Broderick can walk into any of the Fulton City School District gyms and see a pickup basketball game, traditional high school summer league action, or a group of varsity boys or girls players preparing for a weekend camp.

This year has provided a vastly different picture, but one that still fills the Fulton varsity boys basketball coach with pride.

Six senior-to-be varsity basketball players for the Red Raiders — Dominic Abbott, Jack Broderick, and Marcus Shepherd from the boys team along with Devon Nicholson, Lexi Patterson, and Alena Wright from the girls squad — have directed the startup “Basketball and More,” Americorps program at Fulton War Memorial that started Aug. 5 and concluded its summer session this past week.

The student-led program was initiated to provide a free and safe outlet for basketball and fitness instruction, complying with all state mandates and social distancing requirements for COVID-19, for area kids entering kindergarten through 12th-grade.

“My (favorite aspect) is to see the kids finally be able to do something, get out of the house and socialize safely, because they haven’t been able to in months and it’s just good to see their faces when they get excited to come,” Patterson said.

Aiming to fulfill his role focused on youth programming as both a board member for the Fulton YMCA and Oswego County Catholic Charities, Sean Broderick worked with the city of Fulton and the Oswego County Youth Bureau to help initiate the Americorps basketball and fitness program as a free offering.

Broderick meets with the six student leaders, who serve as Americorps members, to discuss plans and provide guidance to ensure all safety guidelines are followed but leaves the group with full autonomy to plan drills and activities for the wide range of participants.

Broderick serves as a volunteer while the six members are compensated and receive college grants as part of their stipend. They are tasked with the challenge of planning activities to keep the varying age groups engaged and improving their skills and conditioning, ensuring they are also maintaining distance and not competing against each other in the traditional sense.

“That’s been the really cool thing about it, these are all 17-year-old kids who are seniors to be, that are planning and programming each day for kindergartners and first-graders all the way up to their peers,” Broderick said.

“These guys are not only learning how to plan and program for a camp like this but you can’t play basketball and you have to be really creative to make it fun and so the kids improve their conditioning, ball-handling and shooting,” he added. “They were all honor level students and leaders in our school, but they have really sharpened their leadership skills. They’re problem-solving in the moment, and I think it’s a good life experience for them.”

Participants aren’t allowed to share balls or any equipment, and close-proximity actions are prohibited, so drills have mostly been focused on shooting, ball-handling, and exercising.

Temperature checks are taken upon arrival and groups are kept small, while the total number of participants was limited in the gym, sometimes splitting groups up to work on fitness outside and basketball indoors to ensure distancing is maintained.

The full safety plan, which was developed and approved following more than a month of work between Broderick and the organizations involved, was posted to the Fulton Youth Basketball Facebook page and is available on site.

Through the first two weeks, more than 120 different kids had participated at least once, with many returning along with positive feedback from their respective parents. Broderick said he and the six student-athlete Americorps members hope to restart the program when the school year begins for after-school hours and were working to formulate plans entering the week.

“The community has embraced it and the kids are enjoying, so as long as we can provide this safely and in a compliant fashion, it’s really a win-win-win,” Broderick said.

For the six student organizers, the program has provided opportunities to interact with younger upcoming athletes and help serve as leaders setting the example for how to approach playing for their respective varsity teams. Jack Broderick said that one of his favorite aspects of the program thus far is getting to pass knowledge he learned from past players down to the next wave.

“I know when I was their age, I looked up to the varsity players and we know that they look up to us now, so we’re just trying to be good role models for them,” said Jack Broderick, who is entering his senior year at Fulton. “After I graduate, that’s not it for me, we want the program to keep going and we want to show them what it’s like to work hard and be good someday.”

Alena Wright — the Fulton senior-to-be and Americorps member — said that she has also enjoyed serving as a role model, stating that the group looked for ways to teach life skills throughout the process.

“We had a water balloon fight with some of the kids in K-2 and they had a blast with that, so we’re trying to do different things, it’s mostly basketball but not all basketball,” Wright said. “When the K-2 kids leave they like to say good-bye to each of us and you can tell they just had a lot of fun, so I like to see their faces at the end of the day.”