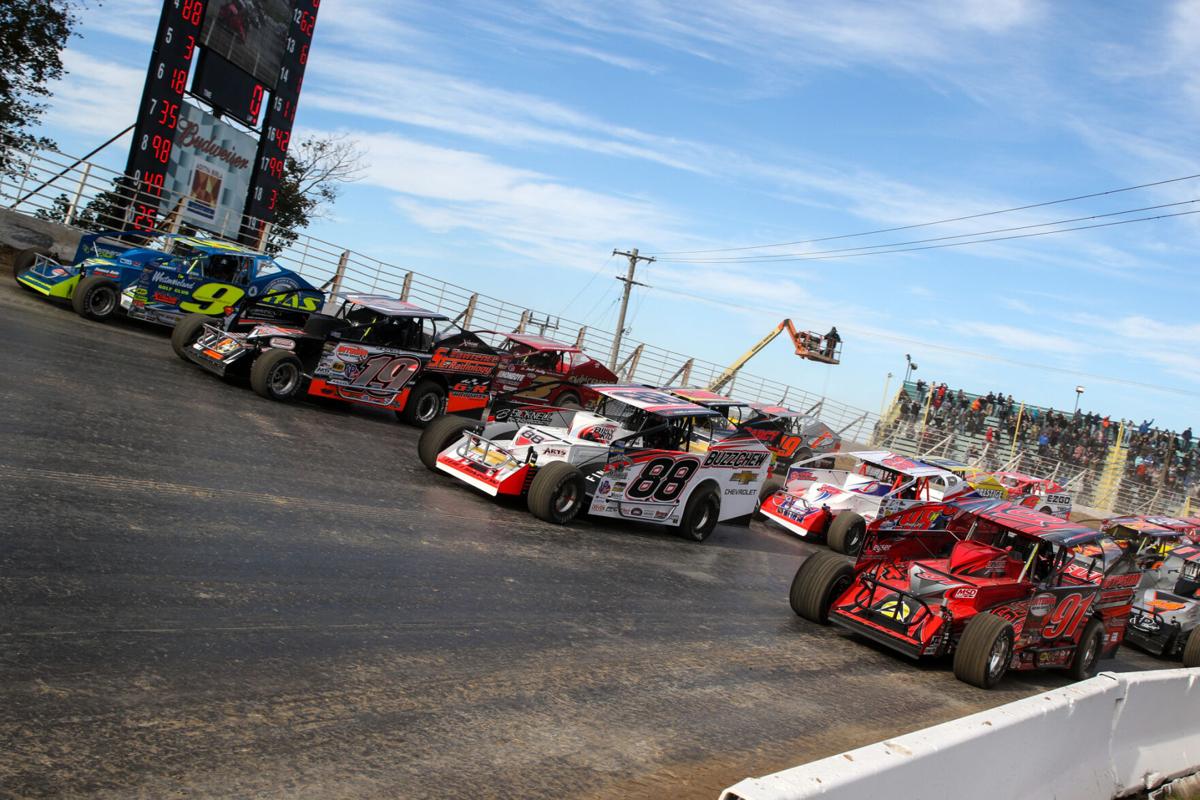 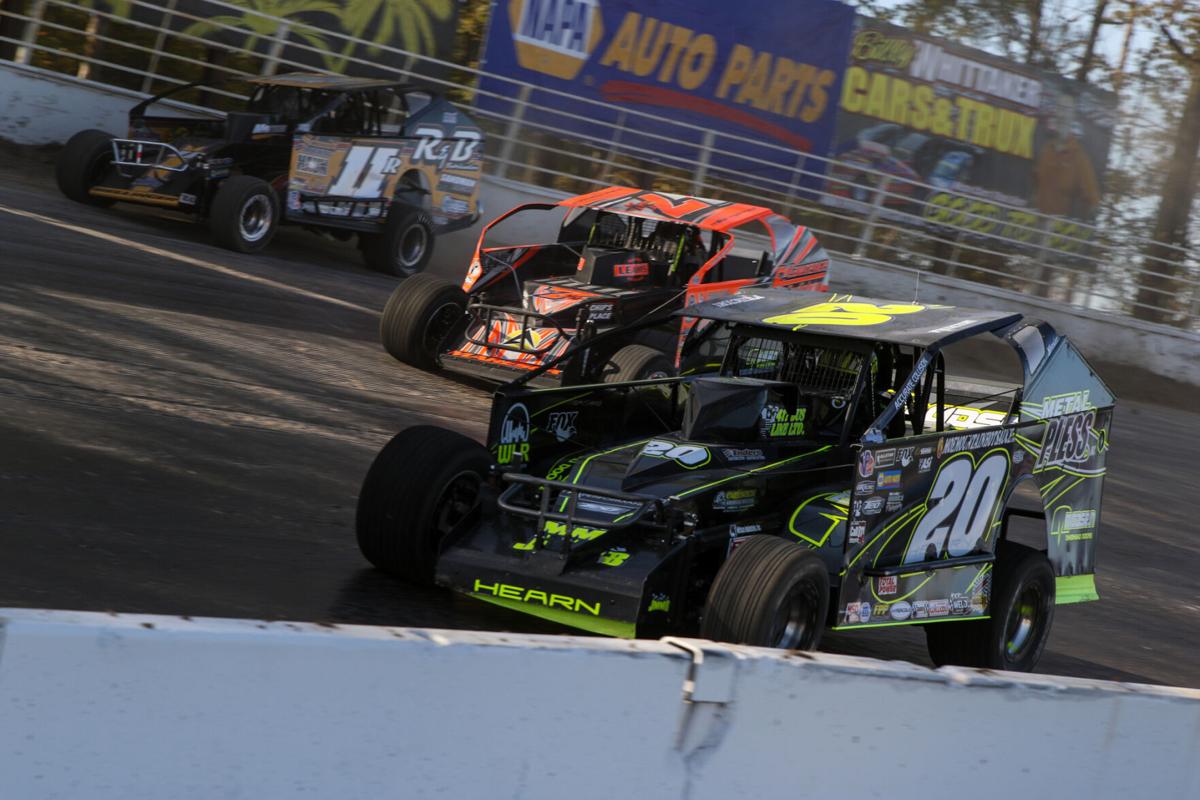 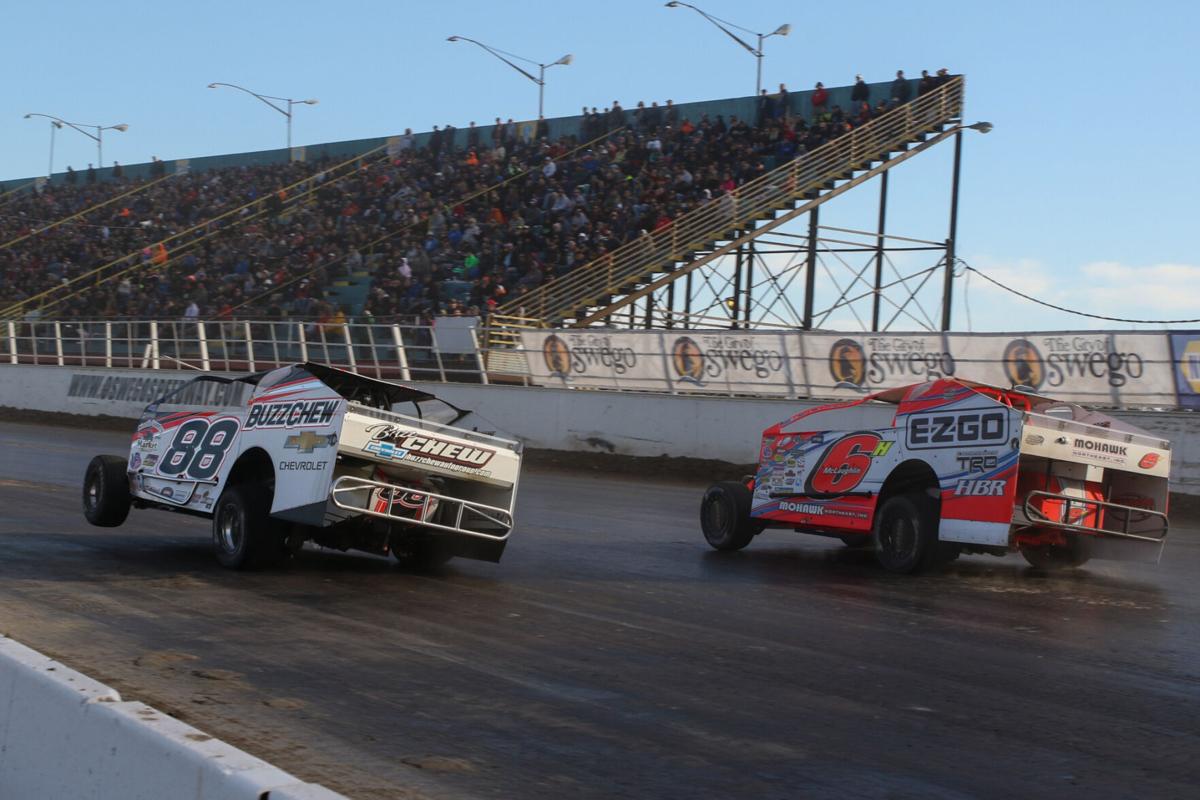 OSWEGO — The first of 600 dump truck loads containing clay and dirt materials was dropped onto Oswego Speedway Thursday, marking the first sign that Super DIRT Week is back.

The annual local auto racing tradition will return to Oswego in October for the 49th running after adjusting the series last year due to state COVID-19 mandates.

The festivities will begin with the Demon 100 race at nearby Brewerton Speedway on Oct. 5, which will be the last chance to garner a guaranteed spot in the Billy Whittaker Cars 200 main-event feature to cap it all off on Oct. 10 at Oswego Speedway.

“There is so much joy and happiness that is brought to our racing community by being able to come to a place and celebrate racing,” said Brian Carter, the CEO of DIRTcar. “With what Super Dirt Week has really represented all these years to the race fans, to have just the hope of being part of that again this year is pretty exciting.”

The city of Oswego will recognize the occasion by hosting the city of Oswego DIRTcar Day Parade on Oct. 6, in which a caravan of competing cars will make their way around the city as streets are shut down, leading into five days of racing at the converted Oswego Speedway.

Brewerton will host two races, conducting the Hurricane 75 on Oct. 7 along with the opening race.

The main features in each DIRTcar class will be held on Oct. 9 and 10 at Oswego Speedway. The 358 Modified Salute the Troops 150 is slated for Oct. 9 while the Sportsman 75, Pro Stocks 50, and Billy Whittaker Cars 200 will all take place in succession on Sunday.

Oswego is serving as the host track for the fifth year after the event was held at the Syracuse Mile at the state fairgrounds from 1972-2015, and the city has shown a refreshing enthusiasm to do so, according to DIRTcar officials.

“Syracuse always had a history of being there for so many years, but Oswego has a new feel, a new vibe, and it’s an electric vibe,” said Super DIRTcar Series Director, Dean Reynolds, who has attended every Super DIRT Week since 1979.

“I think you see with the parade, how the community has embraced this event,” said Jeff Hachmann, DIRTcar Executive Director of Events. “That is such an exciting moment for us on top of all the action on the track. To see the kids get let out of school, people come on their lunch, walking out of city hall to be a part of the excitement around that event. The community support has been amazing.”

Fans from an estimated 17 states and parts of Canada, pending the border travel restrictions, are expected to begin arriving when campsites open on Oct. 3.

The more than 900 camping areas have been sold out for months, according to DIRTcar officials, but they have arranged for off-site camping.

Parking is also limited and not guaranteed without an advance pass, though there will be a shuttle service transporting fans from the Scriba Highway Department Building to Oswego Speedway from Oct. 8-10.

At the start of September with three weeks left until the early entry deadline, there were 68 teams signed up, including 20 first-time entrants. The 2019 event featured 305 teams and Reynolds said they expect a similar total this year. More than $400,000 will be distributed in prize money throughout the week.

“We get so much energy from the fans and people who attend the event and are enjoying what we do for a living, and Oswego adds a different flavor to that, not only at the racetrack but when you go to the diners for breakfast, when you go into businesses to buy stuff, they appreciate you there and really do welcome you,” Carter said.

Oswego Speedway and Brewerton did not host any racing last year due to state COVID-19 mandates, and Fulton participated in the DIRTcar OktoberFAST Series for its lone event.

The series consisted of a handful of races held on consecutive nights at different area tracks to accommodate for the loss of the traditional Super DIRT Week format.

But this year, DIRTcar officials are as eager as the fans and drivers to return to the always-anticipated week-long racing event.

The coordinators intend to use electronic video replay boards this year to add to the fan experience and will be working heavily to promote the 50th anniversary for next season.

Fans and drivers are encouraged to download the Super DIRT Week app for regular updates and more information.

“We can’t wait to see the fans, have a drink with them at their campsite, and just relax and enjoy racing together as a community again,” Carter said. “We’ve been doing it all summer. The fans have responded with record crowds in every place we could get back to and now being able to do it at such a wonderful place like Oswego is just exciting.”