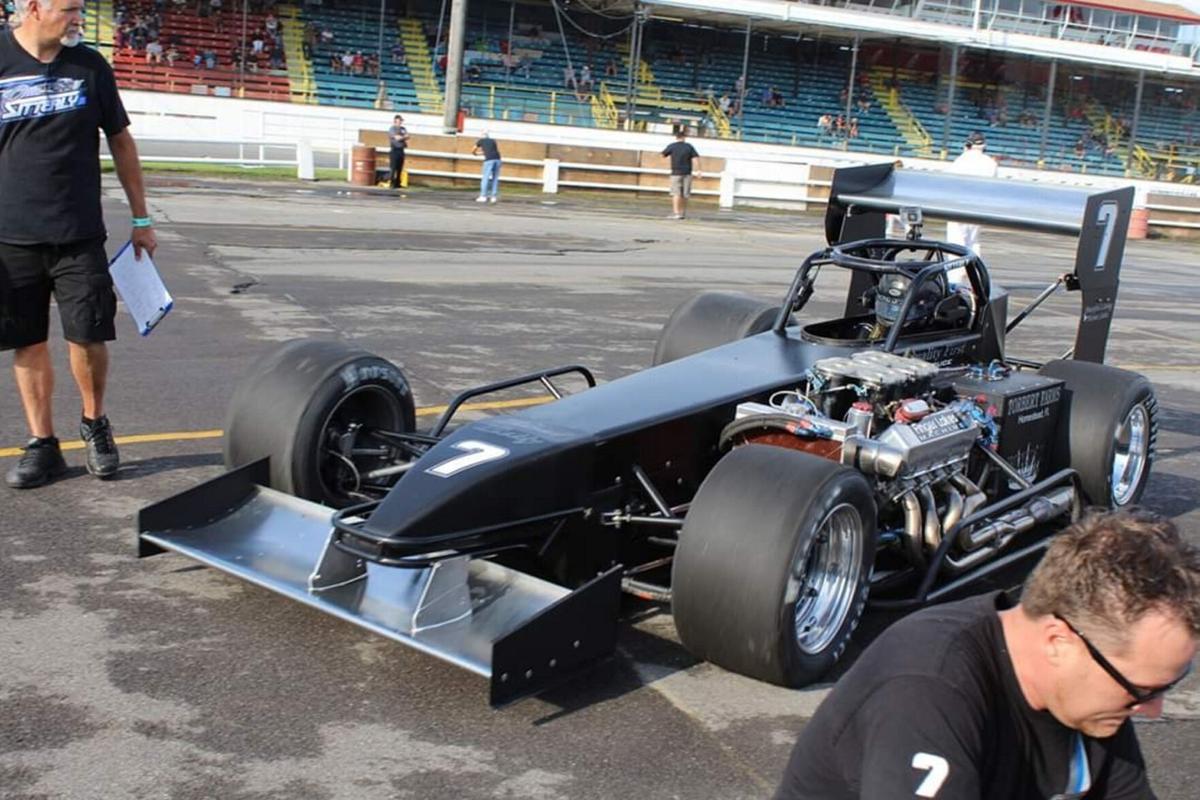 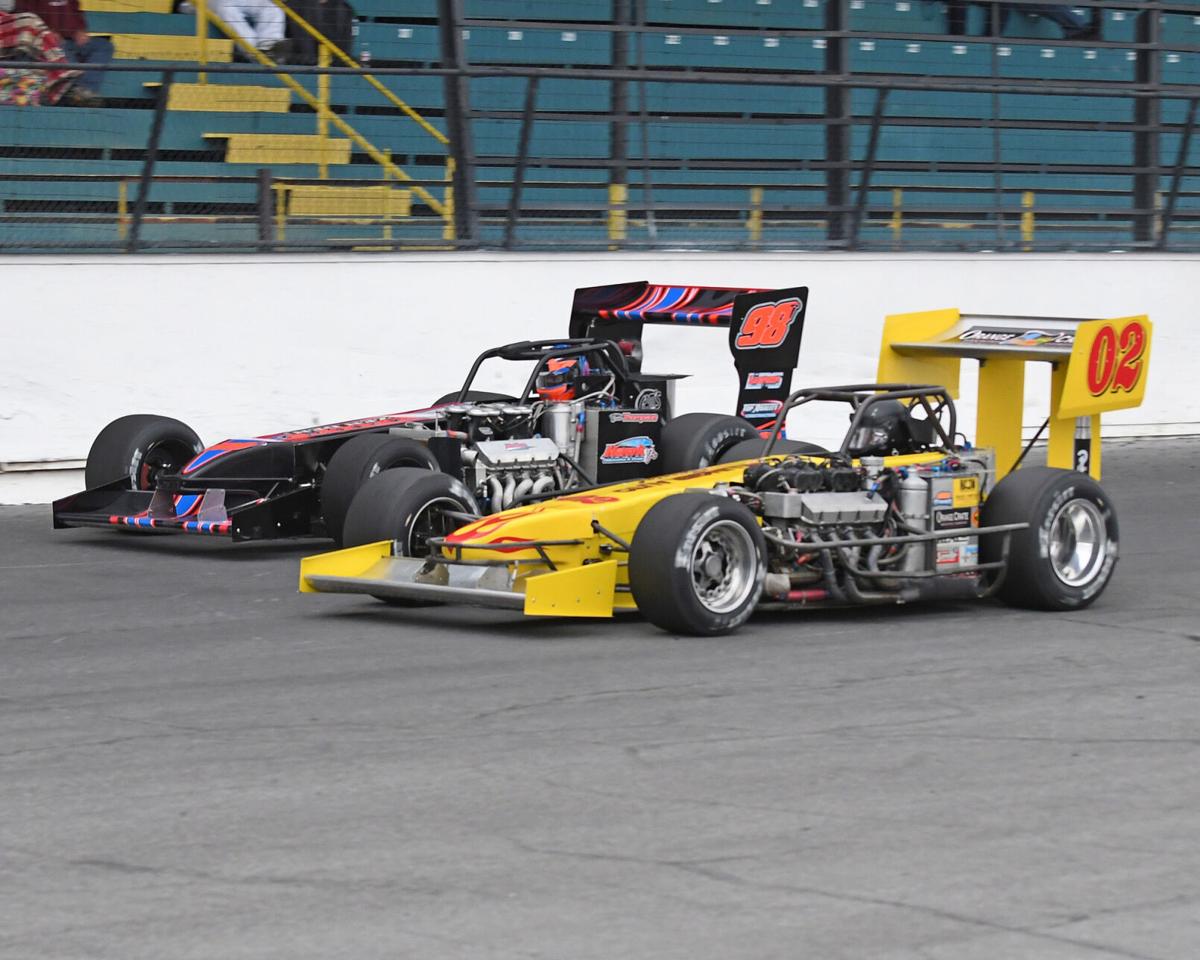 OSWEGO — For 69 straight summers, Saturday nights in the area were accompanied by the sounds of roaring engines and enthralled fans at Oswego Speedway.

The silence of this season has led to growing frustration and disappointment among drivers and management alike as they continue to wait for the caution flag on 2020 to be lifted by the state governor’s office, and the nightmare of a lost 70th anniversary season creeps closer to a reality.

Oswego Speedway management was recently forced to cancel races for Aug. 1, 8, and 15 due to the extension of the executive order 202.3 on public gatherings, and a follow-up extension to Aug. 29 late last week is likely to wipe out the final regular-season event slated for Aug. 22.

The track has held closed test sessions for drivers in the meantime and entering the week, remained hopeful that it can host the 64th annual Budweiser International Classic Weekend from Sept. 4-6 with fans in attendance as it works with elected officials. Oswego has yet to hold a race this year.

“I wish our fans could come in to get their Supermodified ‘fix,’” said Camden Proud, the public relations director for Oswego Speedway who also competes in the Novelis Supermodified division.

“It is almost a sickening feeling driving by or working up there on Saturdays and the place is dead silent,” he added. “It breaks my heart, honestly. Oswego Speedway means so much to so many people.”

Entering the week, the seasons at Fulton and Brewerton also remained on hold. Some regional tracks, such as Can-Am Speedway in LaFargeville, have opted to hold races without fans in attendance.

Several drivers, from 40-year veterans like Joe Gosek to returning rookies like Tyler Thompson, were aiming to follow up on momentous accomplishments at Oswego Speedway last season.

“It’s quite different, I’ve gone to that Speedway for 40 straight years racing, and even before that on crews, so every year you gear up to get ready to go to the track, and this will be the first time since I started that the routine is not there,” Gosek said.

“We got our cars ready to go here, and we can’t really do anything with them,” Gosek added. “The whole situation is very different, and your mindset is totally different from what’s normal in a typical year from May through September.”

Oswego Speedway’s 70th anniversary season was originally slated to begin May 23 before state restrictions due to COVID-19 forced a postponement. Track officials were hopeful of several other start dates, notably July 4 and Aug. 1, but extensions on state guidelines barring fans at events have continued to take their toll.

Proud said that the management team of the family-owned and operated track led by John and Eric Torrese has worked tirelessly with health officials at all levels since May on plans to open safely with fans in attendance under guidelines put forth by the Center for Disease Control and Prevention.

The group felt confident in the multiple plans presented throughout the past three months to keep drivers and fans safe during a return to racing, but Proud described the process as frustrating from the beginning.

“We have had great support from our local officials in getting us back on track as quickly and safely as possible, and the Oswego Speedway is very appreciative of the help provided by the City and County of Oswego,” Proud said. “We have also been in constant contact with the state, and submitted plans for re-opening, but join every other short track in New York which have also received the stamp of disapproval. It is a tough pill to swallow for all of us in the racing industry, and we are devastated for our great competitors and fans.”

The financial impact of a lost season of revenue — with the annual Bud Classic still serving as the hopeful exception — is likely to be “extremely significant,” according to Proud. The track is losing weekly income on ticket sales, pit passes, concession, and merchandise money, for a few examples.

“All of those things go back into the Speedway whether it’s to pay taxes, employees, the purse, or even help take care of maintenance around the property,” Proud said. “Right now, the track’s entire income has essentially come to a complete stop, and those funds now need to come from elsewhere. The racing has stopped, but the bills have not.”

Drivers from out of the state, like Sload, have watched as other regional short tracks have opened with fans. Sload lives in Pennsylvania where races have been held with fans since June, including her brother’s events in 305 sprint cars.

Sload said those developments combined with the start of closed test sessions in June gave her hope, along with her teammate, Sitterly, and the rest of the John Nicotra Racing Team, that there might be a late summer season.

“To get back in the car, you get all excited that you’re finally going to get back on the track, and I think the following week they announced that the rest of June would be canceled,” Sload said. “It was nice to get out of the house and up to the Speedway and see a few of the people, but it’s been disappointing. I was hoping this could be a great second season, Otto and (Nicotra) and the entire team had a really great season last year and I was hoping we would be able to capitalize on that.”

Sload added: “It’s not the Speedway’s fault for everything that’s going on, so I hope that everybody has patience, there’s really not a whole lot we can do about it. I hope that we can run for Classic Weekend, and if not, we’ll see what next year brings.”

The lone bright spot of the mostly vacant track has been the ability to utilize the area for community food and milk giveaways, which have attracted large turnouts and are likely to continue.

Oswego Speedway has opened the track on multiple occasions, most recently July 28, for residents to drive through and accept the donations from local farmers and food vendors.

“I know track management sees them as a great way to give back to our awesome community, and we are grateful for all of the local organizations, farmers, and volunteers who have partnered with us to make those giveaways a possibility,” Proud said.