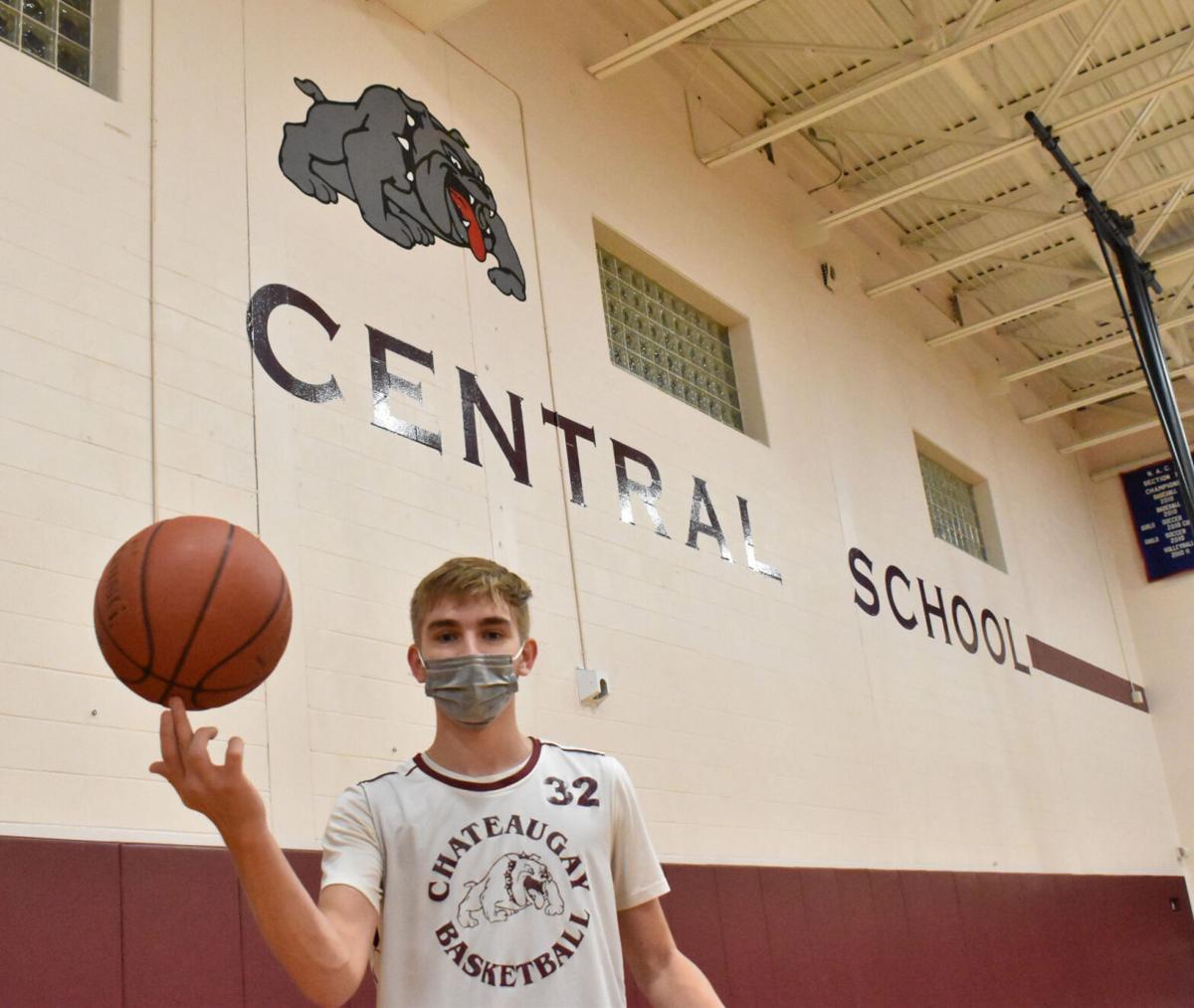 As the only member of the Bulldogs with varsity experience Chateaugay junior Walker Martin will lead a group of 10 juniors and a senior this winter. Vin Gallo/Malone Telegram 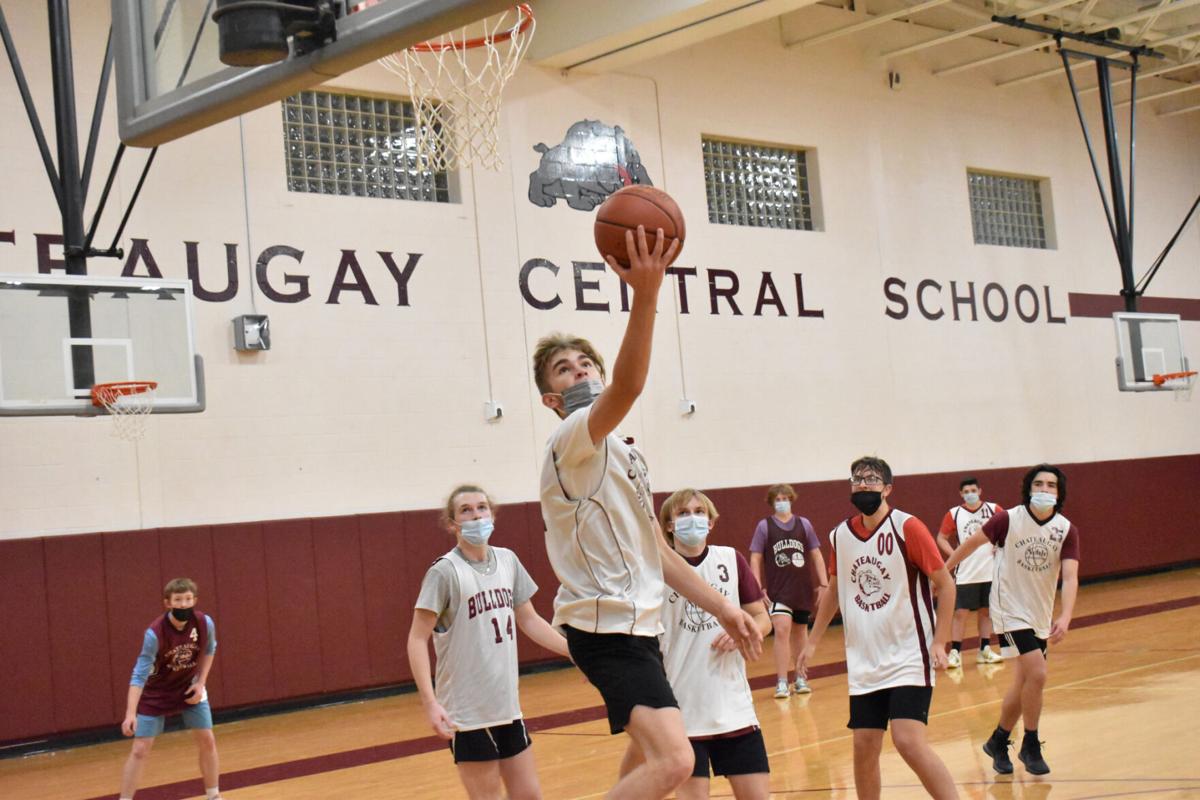 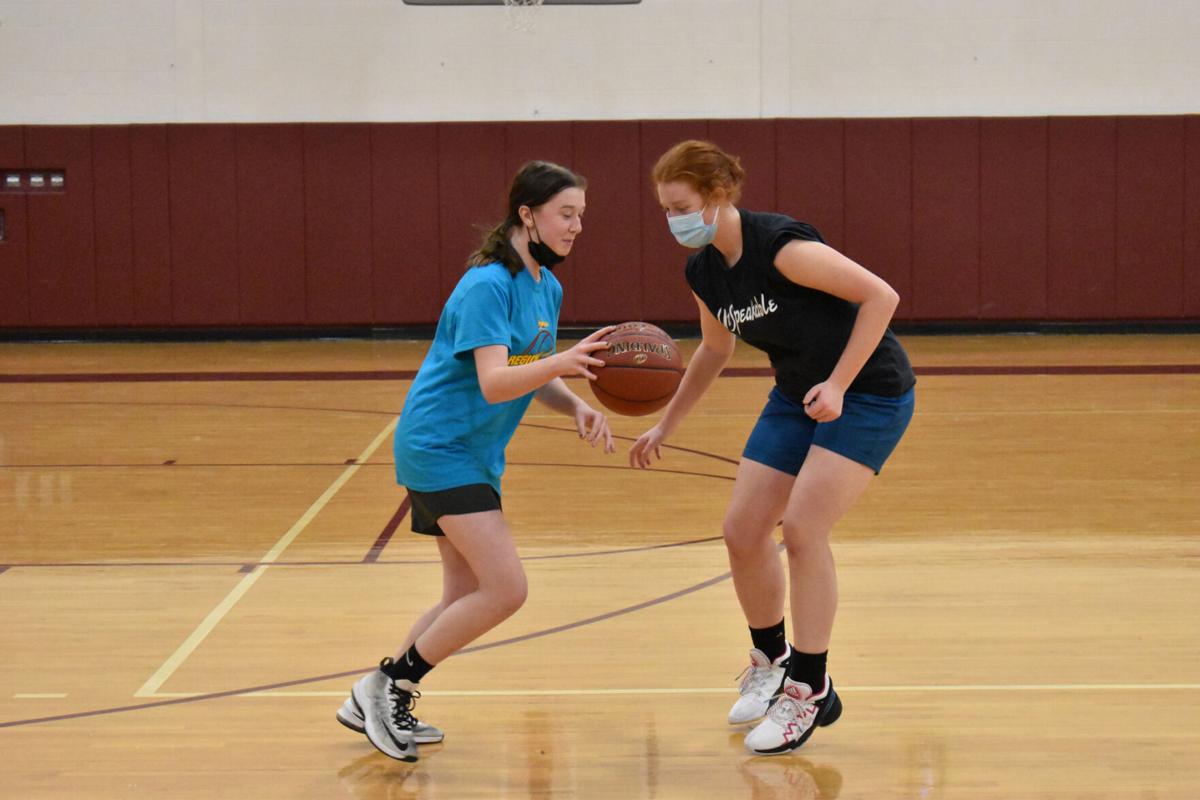 As the only member of the Bulldogs with varsity experience Chateaugay junior Walker Martin will lead a group of 10 juniors and a senior this winter. Vin Gallo/Malone Telegram

CHATEAUGAY — Walker Martin would head to his uncle’s garage during dark winter evenings.

His fingers wrapped around the faded dots of his basketball’s chilled leather. And then, he’d shoot. He’d shoot for hours.

The clatter of the ball sun through the rim drowning out the howl of the wind outside.

Martin never let go of the rock. No one in his village did.

Not as a young child. Not even when the ongoing COVID-19 pandemic canceled their season, two times over.

The plug on the village’s favorite sport was pulled for a second time back in February.

Chateaugay Central School’s Board of Education voted in a 5-2 decision to cancel the Bulldogs’ season — at the time, citing in-person learning health concerns during the pandemic.

“Our goal has been (to keep) as many of our kids in school as much as possible,” then-Board President Chris Jarvis said at the time. “The additional risk (of) high-risk sports would not only jeopardize (student-athlete) health, but the other students in their cohorts as well.”

Many of the Bulldogs were watching the feed of the meeting online.

“I thought we were good to go, for sure,” boys team member Walker Martin said.

Chateaugay girls basketball guard Grace Jarvis said that although she respected the Board’s decision, the rejection of basketball hit her team hard.

The blow to the Bulldogs came just under a year after the boys team had reached the steps of the state Final Four.

Chateaugay in the spring of 2020 was one game away from advancing to Class D’s semifinals. It had just beaten out Harrisville for the overall Section 10 crown.

“(We were), riding high,” Mike Martin said. “When the world came crashing down.”

The Bulldogs’ regional game was canceled and the world went into lockdown.

The Bulldogs traveled anywhere and everywhere to find a court.

“Anywhere,” Mike Martin said. “We played out in the cold and froze our hands off. Just to play.”

Although it has been a bleak two years, the Bulldogs believe hunting together to find chances to play made the group closer.

Martin said, while it was frustrating, in having to see the village’s abbreviated basketball season canceled, he understands the reasoning for it.

Chateaugay’s student-athletes are grateful for the return of basketball, as nothing is guaranteed in the age of the pandemic. Jarvis said she’d worry about shutdowns affecting both her junior and senior year.

“That was definitely a question in my brain,” Jarvis said. “I was thinking about that all the time.”

With Chateaugay’s disappointment left in the past, Martin wants his players to use it as fuel this winter.

“And, let’s appreciate it a little more. Enjoy it more. That’s what it’s supposed to be about.”

Chateaugay’s boys team this season will feature one freshman, one sophomore, 10 juniors and senior Nate Harrigan.

Walker Martin back in the spring of 2020 was the second-leading scorer for Chateaugay. He comes into this season as the Bulldogs’ only player with varsity experience.

Coming off almost two years of refining its offense, with some improved size on the court compared to past seasons, the Chateaugay boys are encouraged with what their roster has, early on.

“Definitely have a lot of faith in this team, for sure,” Ethan Cook said. “We’ve been playing since we were in, God, I don’t even know what grade.”

The girls’ team, while working through low numbers and injuries early on in the season, will be led by a core with experience.

The Bulldogs will turn to Jarvis, Adrienne Secore and Emma Carlisto for their senior experience; leadership that will be reinforced by juniors Kara Dumas and Casey Harrigan.

With the season set to begin, both the girls and boys team will be savoring every moment on the court.

“Guys take it for granted and once it gets ripped away from you, you really start to miss it,” Walker Martin said. “You get it back like this and you feel like a brand-new person.”