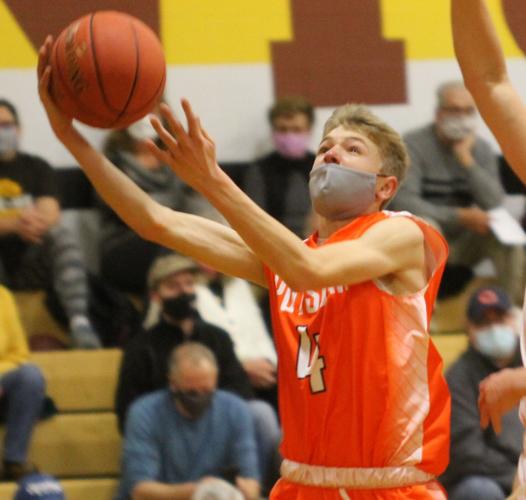 Potsdam’s Ian VanWagner, who is in seventh grade, projects as an NCAA Division I athlete by the time his senior season is over. Alain St. Pierre/Courier Observer 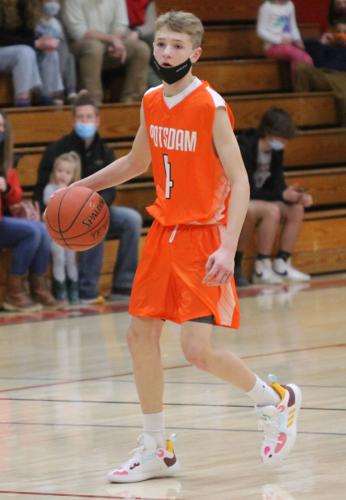 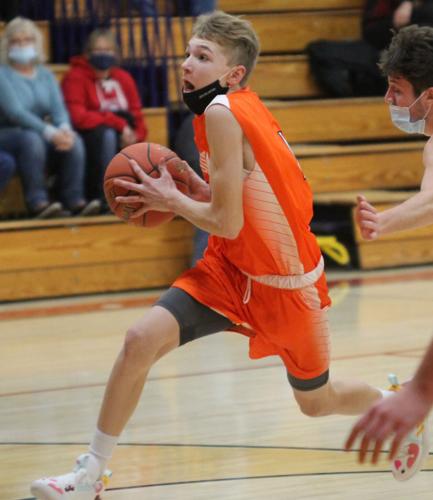 Potsdam’s Ian VanWagner has blended in well with his older teammates during his first varsity season with the Sandstoners. Alain St. Pierre/Courier Observer 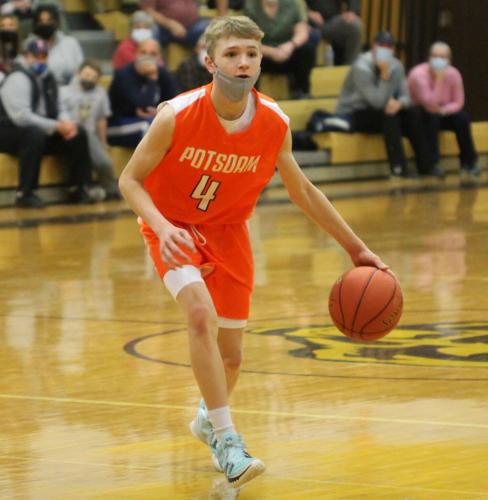 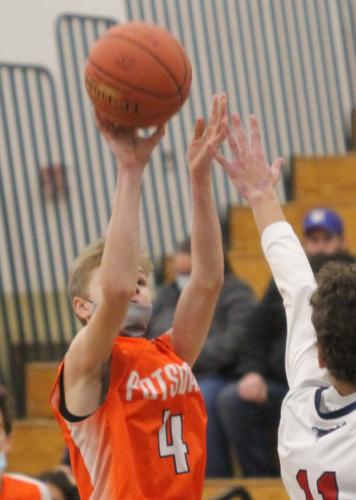 Potsdam’s Ian VanWagner, who is in seventh grade, projects as an NCAA Division I athlete by the time his senior season is over. Alain St. Pierre/Courier Observer

Potsdam’s Ian VanWagner has blended in well with his older teammates during his first varsity season with the Sandstoners. Alain St. Pierre/Courier Observer

POTSDAM — Ian VanWagner, who just recently turned 13, has been impressive in his first season playing for the Potsdam high school varsity boys basketball team as a seventh grader and has the potential to become one of the best athletes to come out of Section 10.

VanWagner, who is 5 feet, 10 inches and 125 pounds, is leading the Sandstoners in scoring, averaging 20 points. He’s also averaging four steals and five rebounds.

Based on his growth so far, he could reach 6-foot-5 by the time he’s a senior.

“He has a wide range of skills,” said Potsdam coach Geoff Coleman. “He can really score. He has a dozen different ways he scores. He has all the moves and he uses them. He doesn’t stick to one thing.

“He projects to be a major (NCAA Division I) prospect. That’s the path. It could diverge, but he’s in a class by himself for his age level. The whole thing is pretty amazing.”

Coleman has also been impressed by how well VanWagner fits in both athletically and socially with the rest of the team, which consists of six seniors, three juniors and a sophomore.

“We had open gyms in the summer and he was there the whole time,” Coleman said. “A lot of the varsity guys were there and that helped. He showed them that he belonged and the guys took him in. They were happy to have him. They don’t mind that he gets a spotlight, as far as I can tell. I’m surprised it worked out like that.

“He seems to get along with the other boys on the team on a social level. They joke around, he’s not off by himself there. He’s part of the group. It’s not just his age, but until three months ago they didn’t know each other. It’s working out great. That’s the most amazing thing I’ve seen.”

VanWagner is not even in the same building during the school day as the rest of his teammates.

While his teammates go to the high school, which is next to Potsdam’s turf field. VanWagner is at the AA Kingston Middle School, on the other side of the campus.

“I was a little nervous,” VanWagner said of his outlook before the season started. “I didn’t know if the players would take me in as one of their teammates. I think they’ve welcomed me in well and I like how they have done that.”

Playing on teams with older kids is nothing new to VanWagner. Before he even started school as a kid he was playing basketball with his sister Julia, who is three years older, and her peers.

“That helped a lot,” VanWagner said. “I got that experience playing against older kids, kind of what I am doing right now.”

VanWagner is a natural athlete. He’s a quarterback in the Potsdam modified football program and a standout golfer, making a hole-in-one when he was nine.

Coleman’s own sons were standout high school athletes, both at Potsdam and Indian River, but he is amazed at what VanWagner can do and is aware how special a player he could be.

“I do worry about (interfering) a little bit,” Coleman said. “But I give him a lot of freedom. There are a few things I ask him to do that’s not in his comfort zone, but they aren’t big things. I’m not interfering with his development. He’s got a lot going for him, it’s more like I’m adjusting what I’m doing to him and not the other way around. I do recognize what he has there. I’m concerned with his future development on an equal amount to the team’s prospects. I try to balance the two as best I can.”

VanWagner said he is a big Syracuse basketball fan so he one day could follow the path of current Orange player Joe Girard, who was a standout athlete at Glens Falls.

“There’s not too much (basketball) that I know, that he doesn’t know already,” Coleman said. “He’s played so much basketball.”

Said VanWagner, “I think (basketball) came naturally to me. I always loved it, always been around it, always played the sport.”