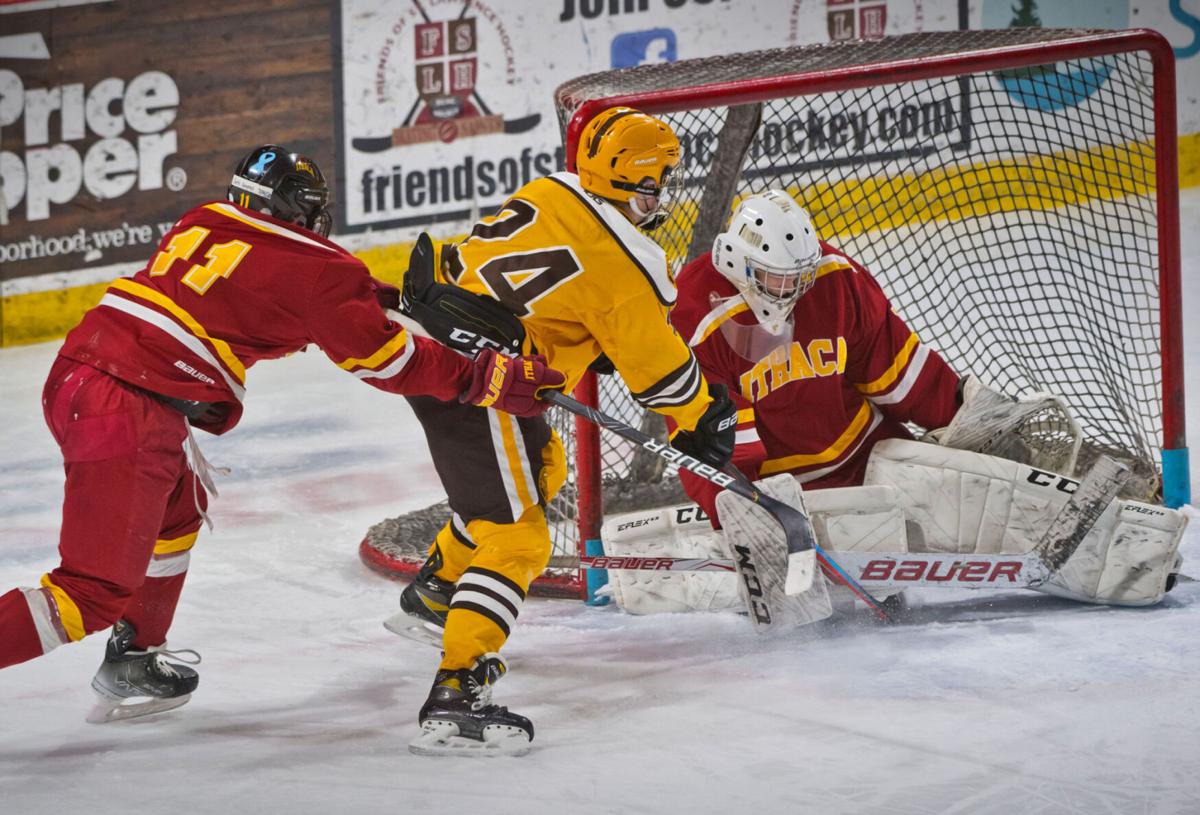 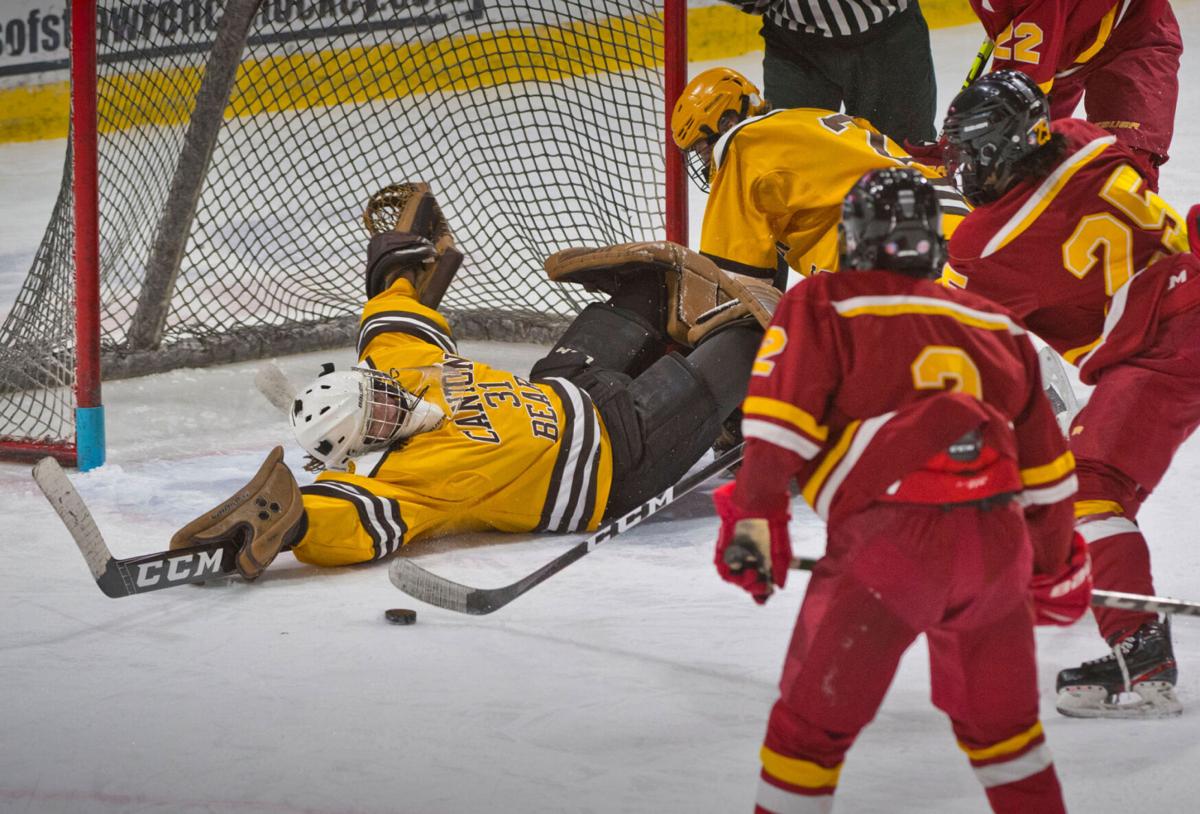 Canton goalie Cade Chezum sprawls on the ice as he tries to block a shot by Ithaca’s Samuel Holmes during the second period Saturday. Christopher Lenney/ Watertown Daily Times 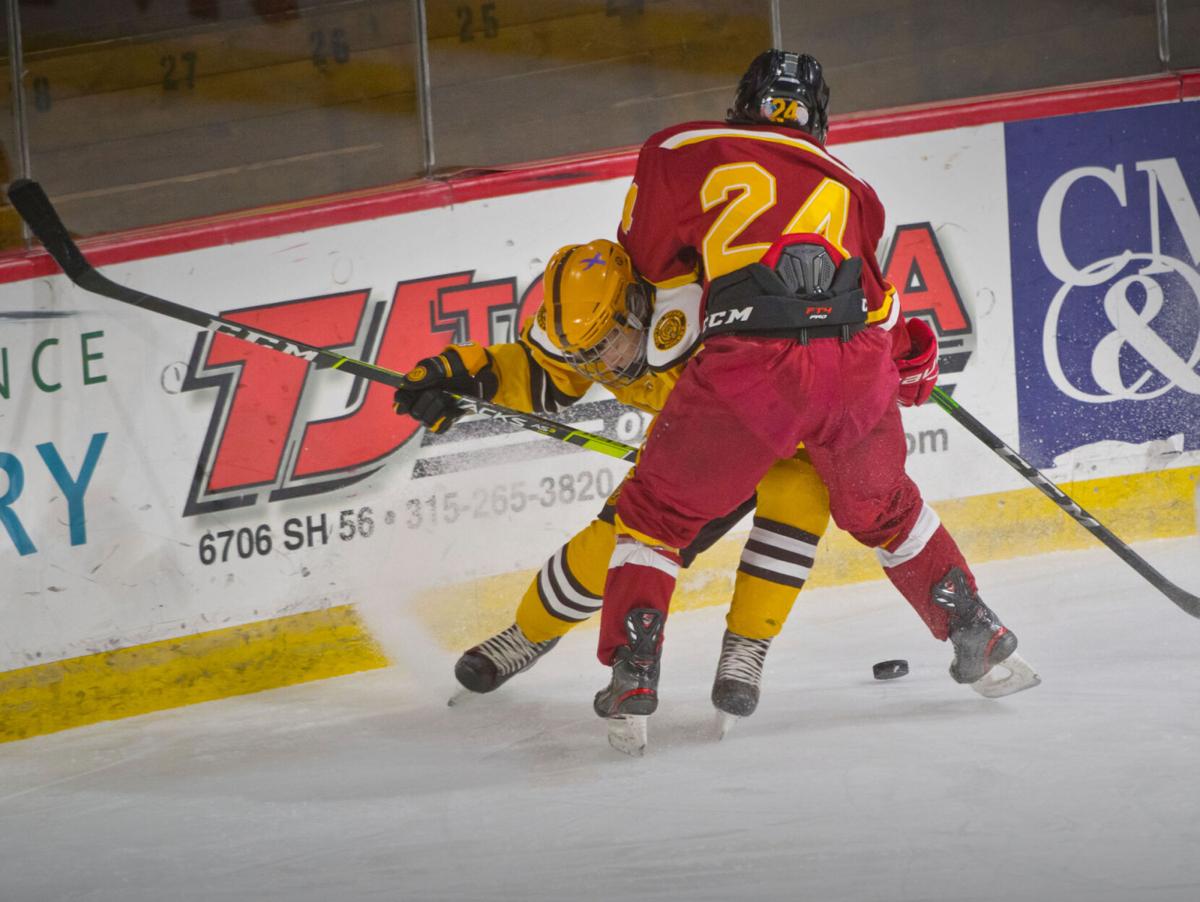 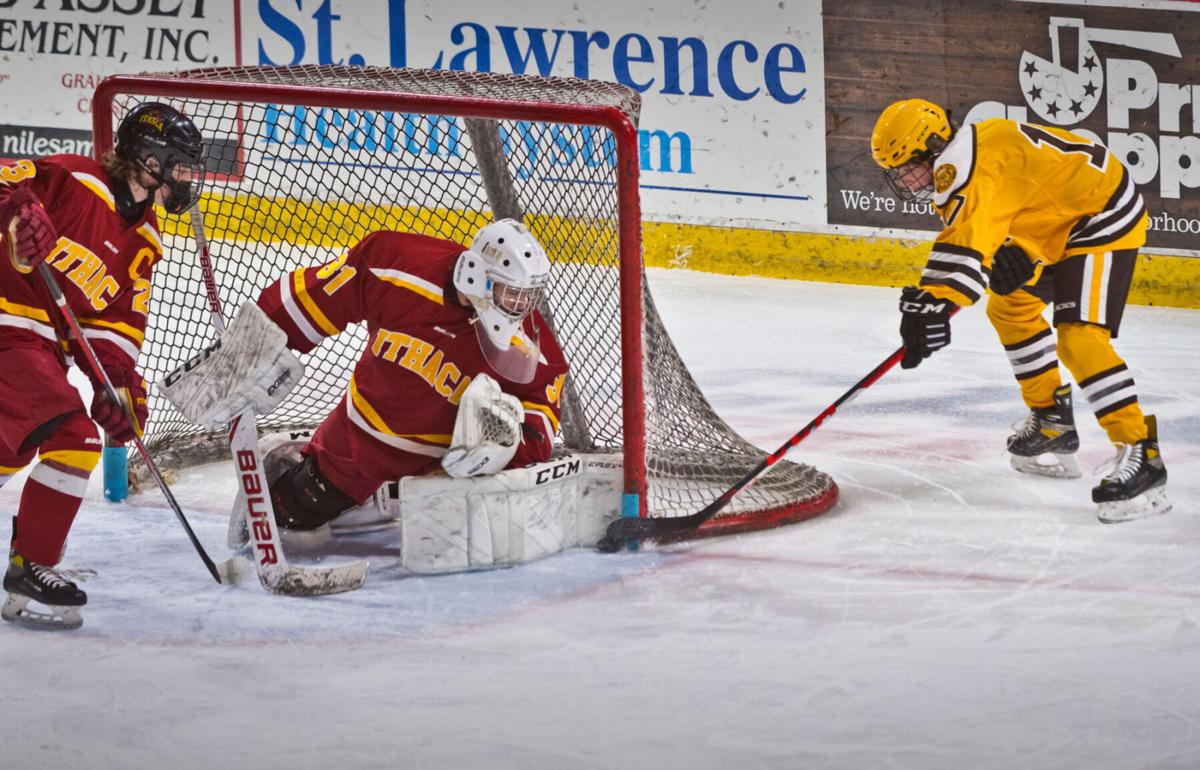 Canton goalie Cade Chezum sprawls on the ice as he tries to block a shot by Ithaca’s Samuel Holmes during the second period Saturday. Christopher Lenney/ Watertown Daily Times

CANTON — The Canton and Ithaca boys hockey teams received a rare glimpse of what life is like for an NCAA Division I men’s hockey player Saturday afternoon.

Normally the only time Section 10 players get to play a high school game in a Division I facility is if they make the championship games at Cheel Arena in late February.

“It was great,” Canton captain Scotty Ahlfeld said of playing in Appleton. “It was great ice, a great place to play. It’s a bit warmer than the (Canton Pavilion). It’s something to put in your back pocket, to say you got to play here in a tight, competitive game. It’s a different experience to play on college ice.”

Said Canton’s Drew Blevins, a Heuvelton student, “It was amazing, something I’ll carry on for the rest of my life. It’s a lot bigger. The ice was a lot brighter than all the other rinks, I thought it was pretty cool.”

Even though most of them are probably Cornell fans, playing Saturday’s game in Appleton Arena was special for the Little Red players as well.

“It’s been on my bucket list to be in this building, I hadn’t been here in my life,” said Ithaca coach Paul Zarach. “The opportunity to play at Appleton, especially after the renovations, was a cool experience. The kids were really looking forward to this trip. Our rink is cool, but it’s not St. Lawrence.”

Zarach and Canton coach Anthony Levato, who missed Saturday’s game along with about 10 players due to injuries or COVID-19 situations, want to make this nonleague game an annual affair, using Cornell’s Lynah Rink in the years it is in Ithaca.

Canton led twice in Saturday’s game, even though after two periods Ithaca held a 28-9 edge in shots.

The Golden Bears scored the first goal of the game on a shorthanded shot from Blevins at 6 minutes, 54 seconds of the first period.

“When we iced it, the puck just rolled down and I felt like I could beat the guy there,” Blevins said.

Ithaca answered with a goal from Eli Simons with 16.2 seconds left in the first period.

Canton scored again just 47 seconds into the second period on a shot from Garrit Palmer to go ahead 2-1.

Ithaca tied it again at 13:56 of the second period with a goal from Aidan Cornell. Cornell scored again just 26 seconds later to give Ithaca the lead for good.

The final goal for Ithaca was a shot from outside by Simons at 9:19 of the third period.

“We are missing quite a few guys to injuries and sickness, but sometimes you just can’t win those games,” Ahlfeld said. “We rolled lines today, which helps alleviate some of the stress from last night (a 3-1 loss to Malone). That was a tougher game, I’d say, just because we had less players. It’s tough playing two days in a row, but that’s just how it goes.”

“They come to all sorts of games (at Appleton) and get to watch the guys they look up to play here, so for them to be able to come here and experience it for themselves, it’s special,” Newman said. “For a lot of kids, this is the highest level of hockey they are going to play.”