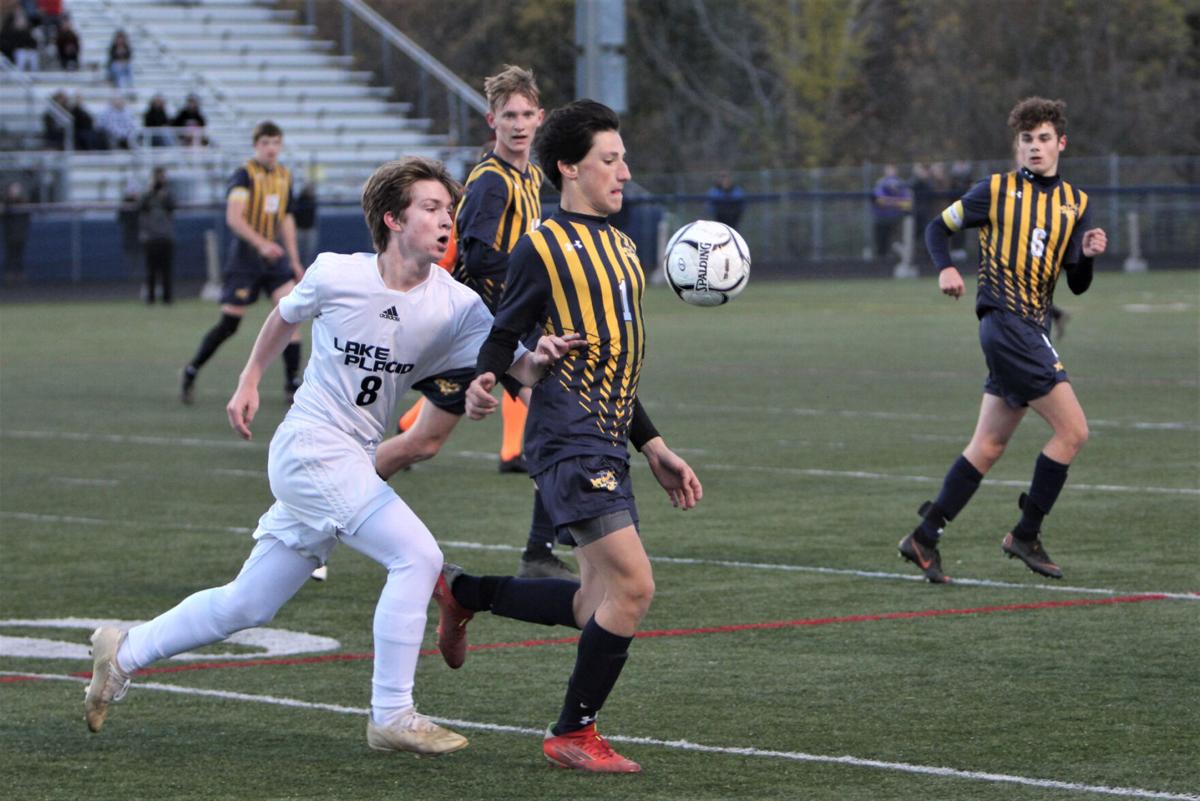 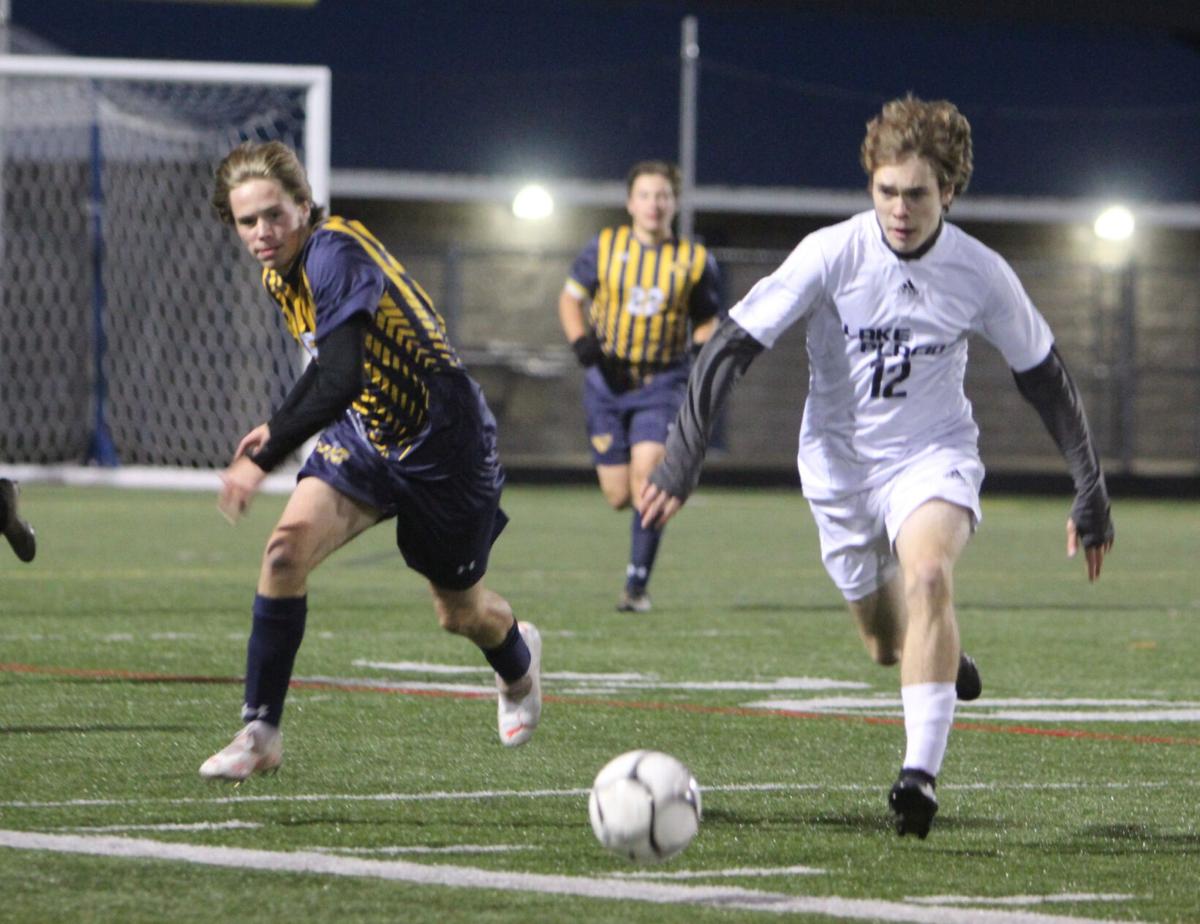 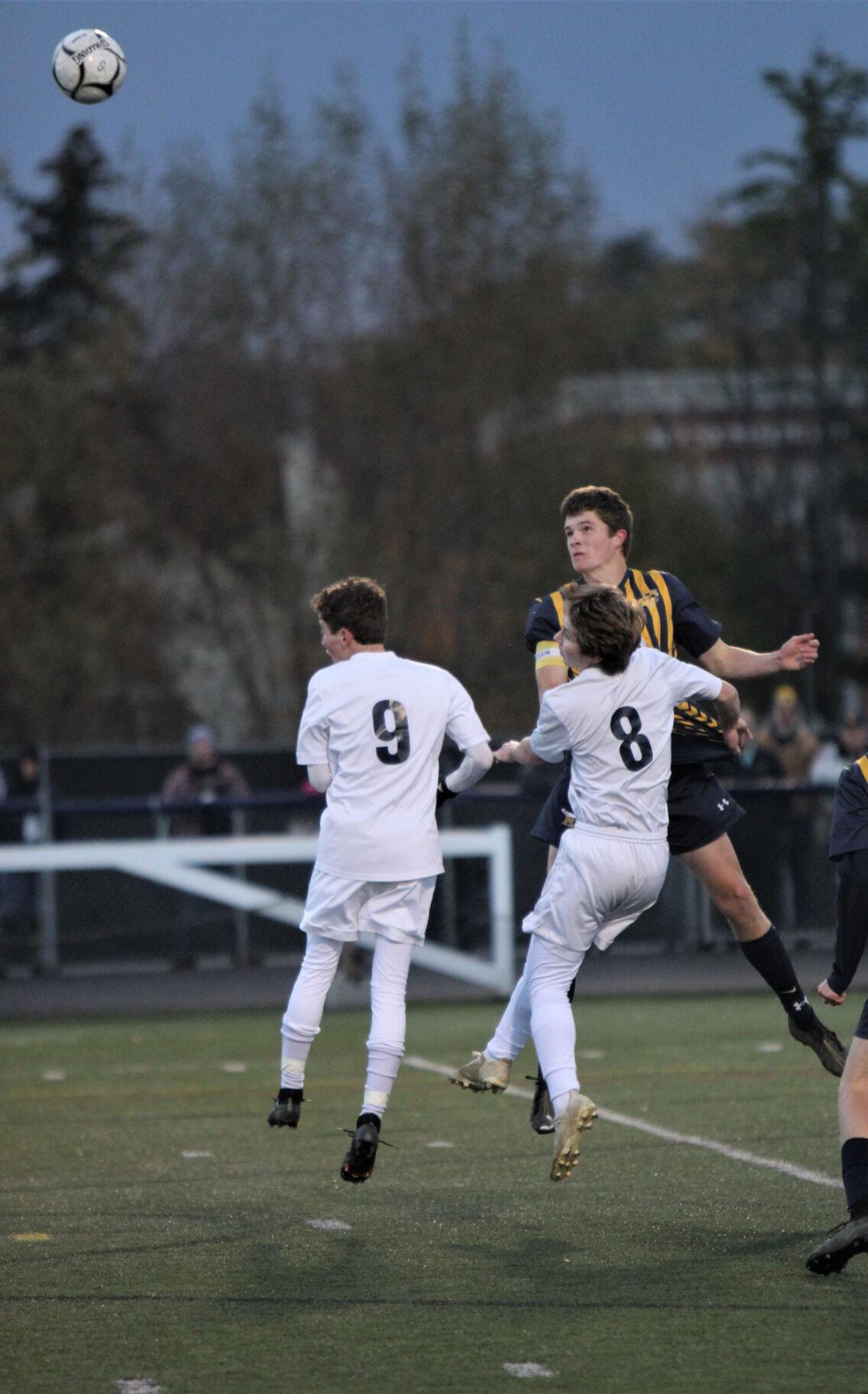 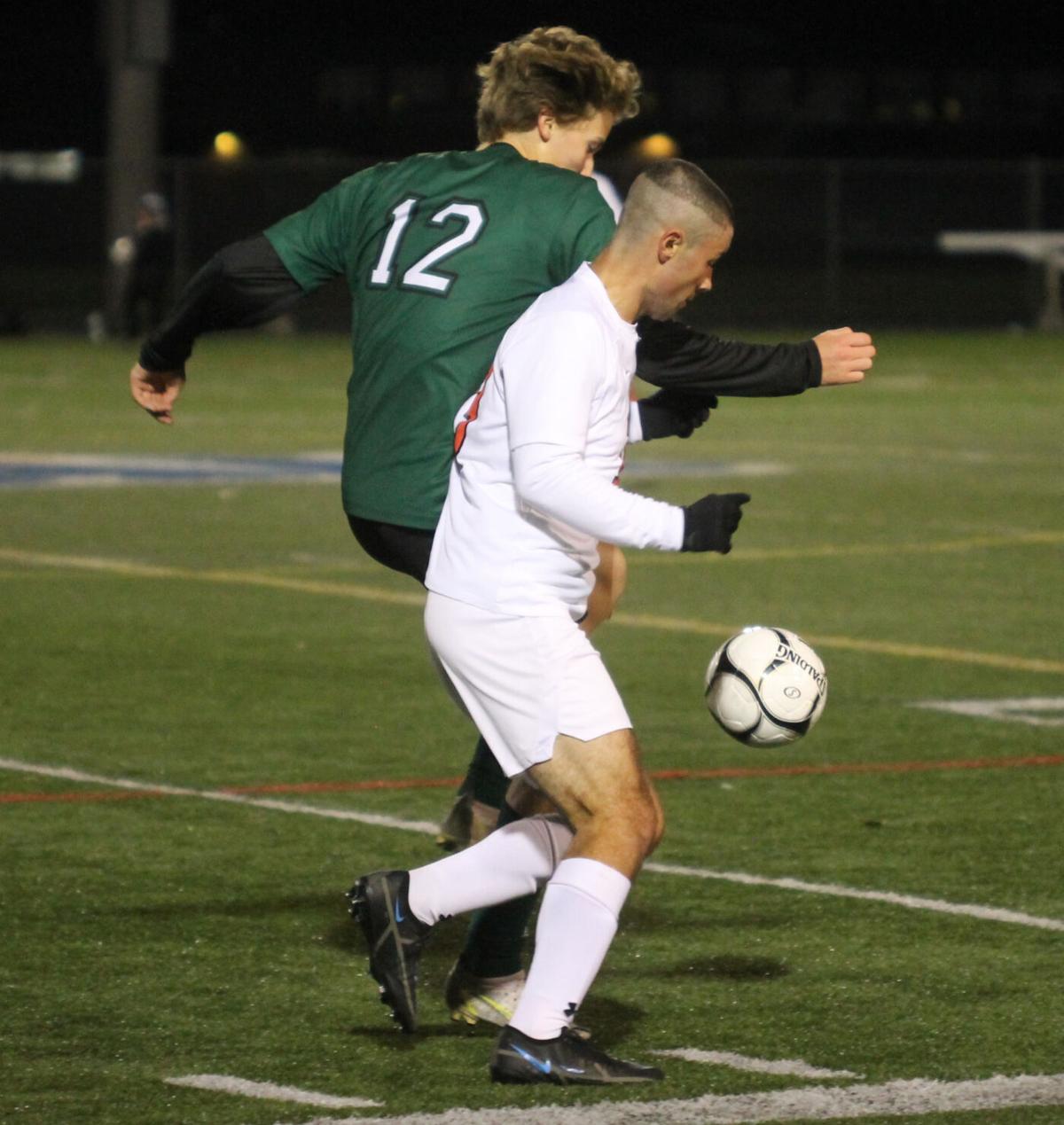 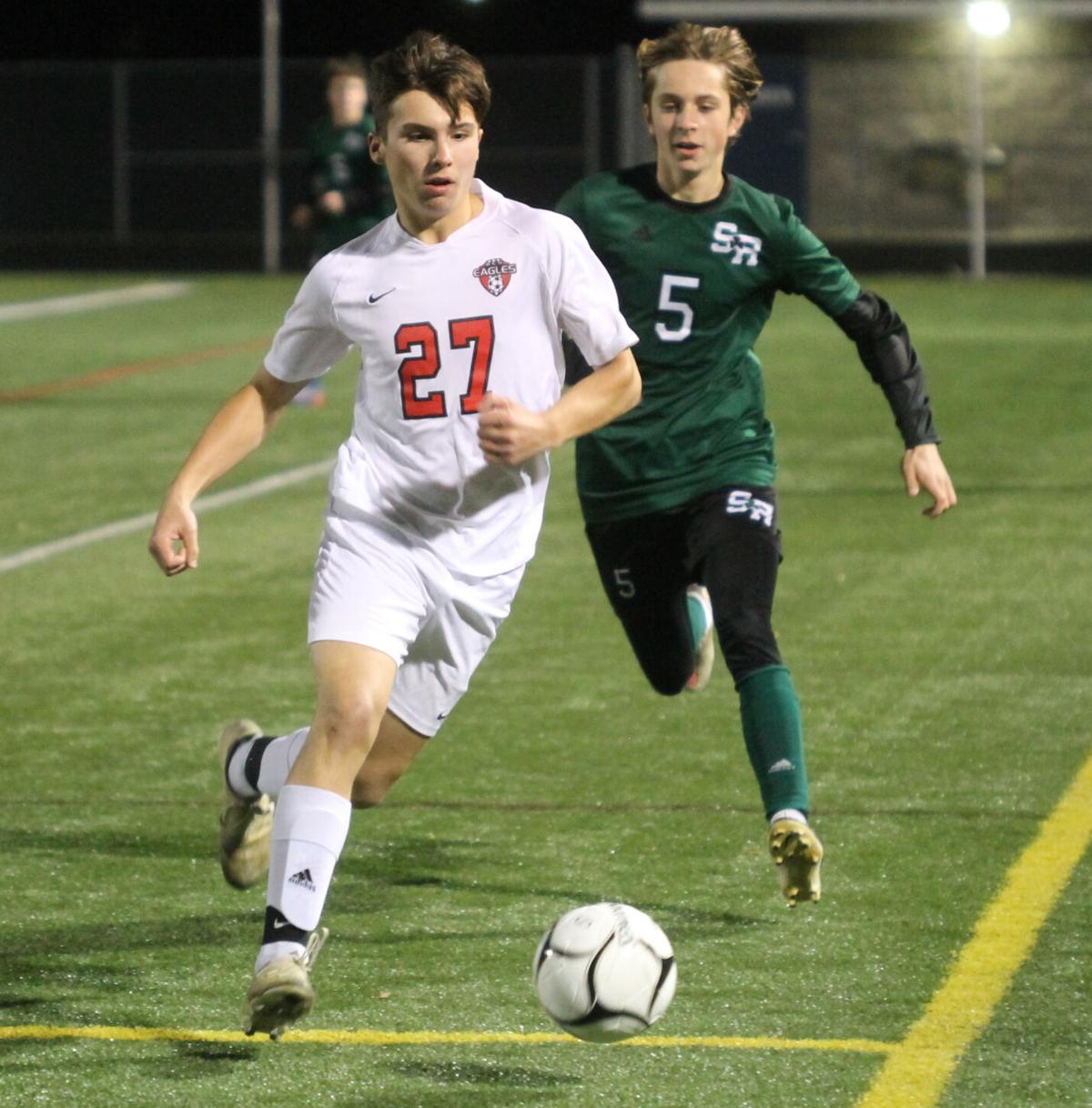 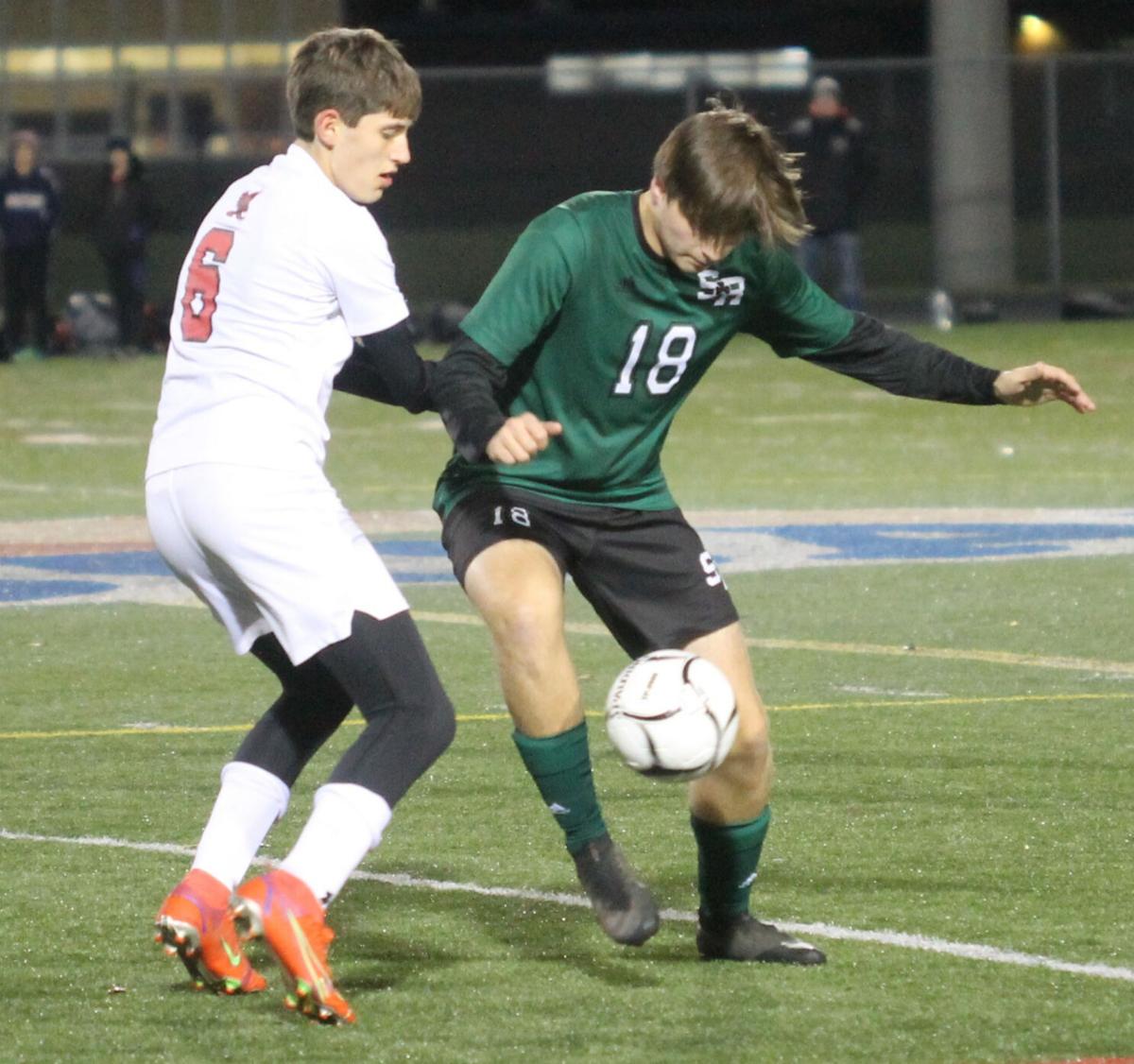 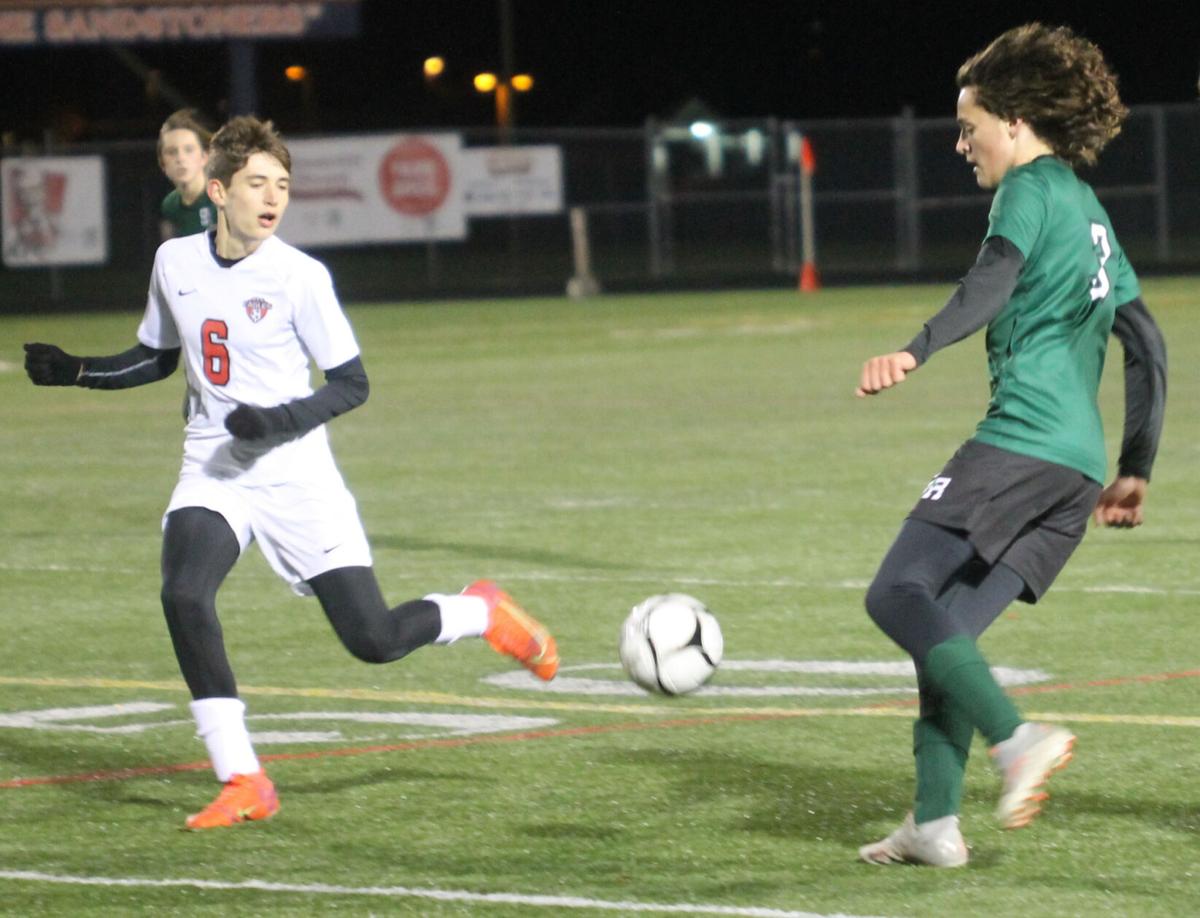 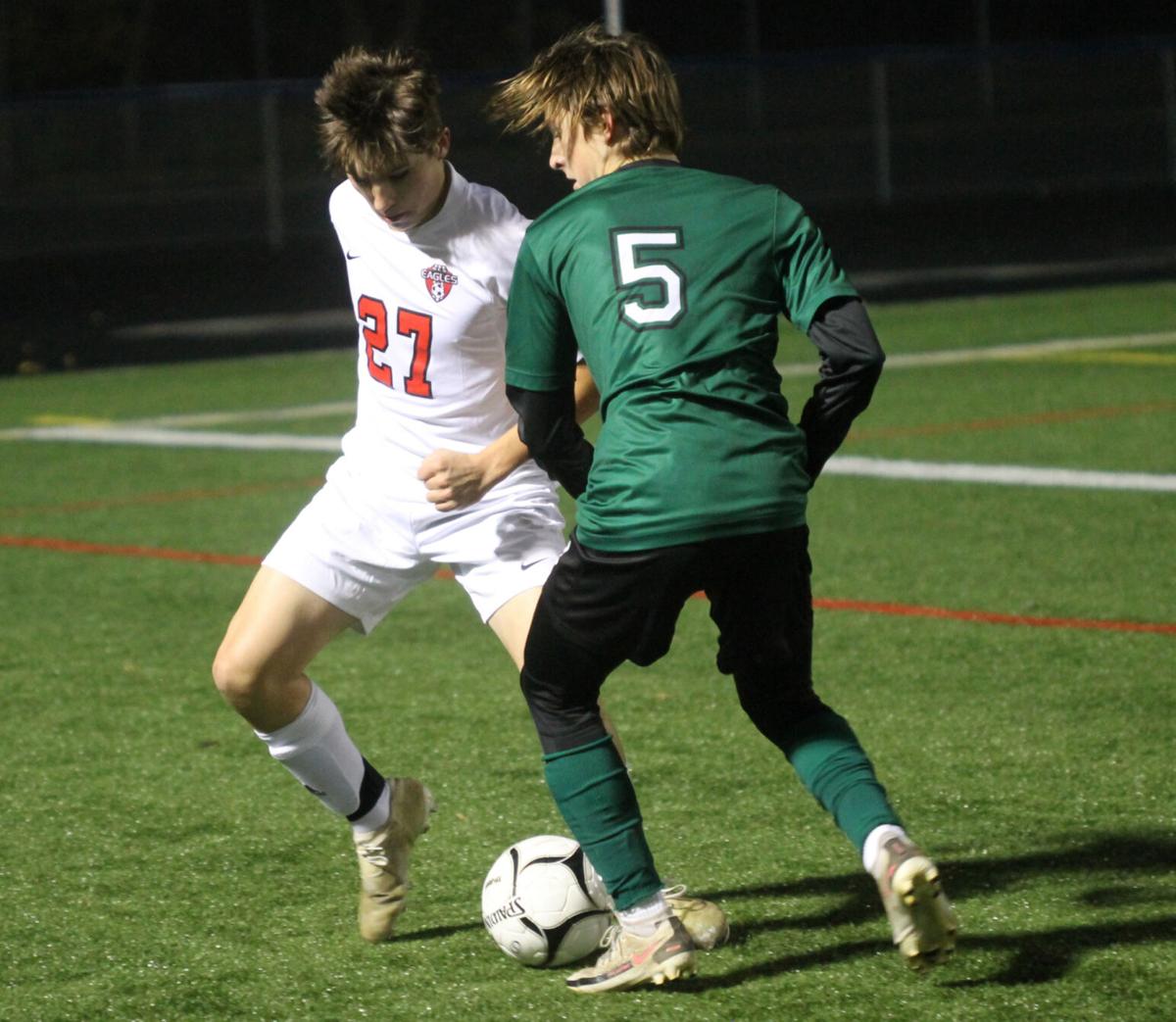 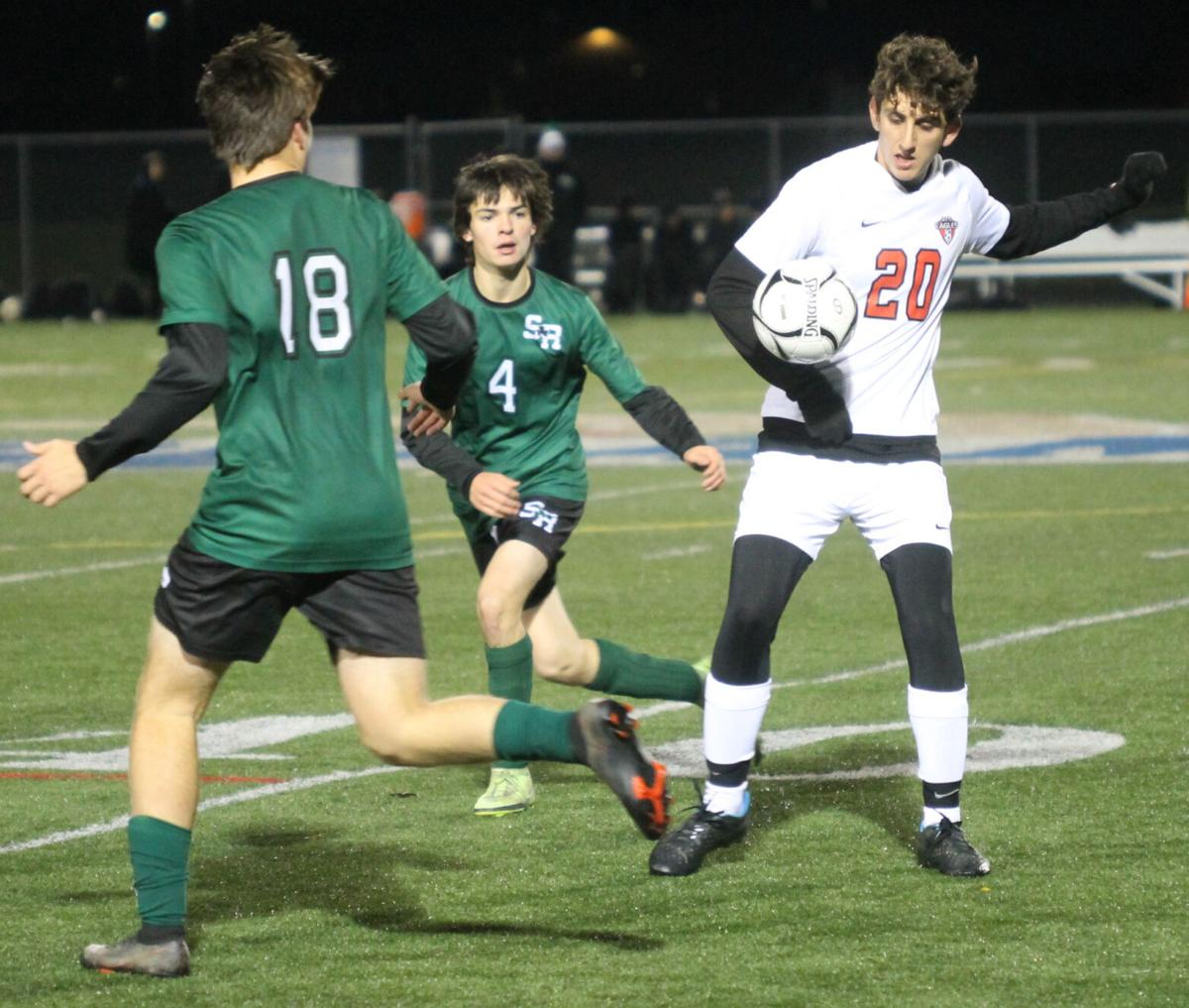 POTSDAM — Late goals produced opposite conclusions for the Madrid-Waddington and Salmon River boys soccer teams Wednesday night in the opening round of their respective state tournaments.

Playing against their Section 7 counterparts under the lights at the Potsdam Central turf field, Madrid-Waddington scored with just over five minutes left in the second 15-minute overtime in posting a 1-0 victory over Lake Placid in the Class C matchup.

Salmon River saw its banner season end in a 2-1 loss to Beekmantown in the Class B encounter where the eventual game-winning goal was fashioned with five minutes left in regulation.

Madrid-Waddinton will look to move into the state Class C semifinals Saturday, hosting Section 2 Champion Maple Hill at St. Lawrence Central’s turf field. Maple Hill advanced past Mayfield 3-2 in a shootout after a 2-2 tie in the Section 2 championship game.

Madrid-Waddington was preparing to enter a first sudden victory overtime locked in 0-0 tie with Section 7 Champion Lake Placid after the first two overtime sessions had gone by in Wednesday’s state opener at Potsdam High School.

Before they broke their huddle, senior captain and school record goal scorer Matt Robinson spoke up with emphasis.

“There is no way we are going to lose this game. Our seniors cannot let the season end here. We all have to step up,” he screamed.

The Rockets (16-2-1) finished with a 24-1 shots-on-goal margin through regulation over a defensive-minded Lake Placid squad. The Blue Bombers (5-7-0) operated out of a formation originated by coach Stuart Hemsley, who is former English professional player.

The Blue Bombers won the Section 7 title in a second round of a shootout over Ausable Valley. Goaltender Jack Armstrong made three of his 27 saves in the shootout and also scored the deciding goal.

But the Jackets denied the Bombers a chance of another upset in a shootout by taking a 1-0 victory on a “golden goal” by Robinson with 5:07 remaining in the second 15-minute sudden victory overtime.

Madrid-Waddinton coach Ryan Robinson said that patience was the key for the Jackets moving into the state regional final.

“We just had to stay patient and we did a great job keeping our composure. On the corner kicks they kept a lot of guys in front of the net but were able to get Matt open and he came through,” coach Robinson said.

The Yellowjackets racheted up their control of the action and enjoyed their best two scoring chances in the first 15-minute sudden victory overtime where Matt Robinson rifled one direct kick off the left goal post and another off the crossbar.

In the second overtime Armstrong made the two best stops of his brilliant 29-save outing by going high to deflect two perfectly struck cutback shots by Madrid-Waddington’s Matt Reed over the crossbar.

On the corner kick that followed the second bit of spellbinding larceny, Silas Kent looped the ball into a mix of players in front of the net. The ball was deflected onto to the foot of Robinson, who buried the first open shot of the evening in front of the Blue Bombers goal from eighth yards out.

“The ball was deflected and it came to me. I back stepped with it and saw an opening and drove it into the net,” Robinson said.

“Losing was never a consideration. We were going to win this game.”

Kent seconded his his teammate’s confidence.

“I took a few corner kicks in the game. On corner kicks a bunch of the guys make cuts and I try to put the ball on someone’s head,” he said.

“We were confident that we could score in overtime but even if it went to shootout we would have won it there.”

In the Class B game, the Shamrocks answered the opening goal by the Eagles and came within a goalmouth scrum from pulling even in the final minute before falling short.

“We’ve had a great season, We won the Central Division for the first time and we won sectionals for the first time in a while,” said Salmon River coach Tim Cook after his squad finished 13-4-1 on the season. “I’m disappointed with the outcome tonight because I thought we controlled a lot of the game but I’m proud of our boys.”

“We knew coming in that we would be in a game. Both teams played hard. We had our chances in the second half and they wound up scoring on one of the few chances they had,” he added. “They’re a great team and it really could have gone either way.”

The Eagles took the early lead when Zach DuBray controlled the ball in the left corner and broke toward goal along the end line before pounding a low shot on net from a sharp angle that was stopped by Salmon River goalie Ethan Moulton. The ball went right back to DuBray who made no mistake pumping the rebound into the back of the net just 9:35 into the game.

The Shamrocks tied the game just eight minutes later on a play that started with a 40-yard direct kick into the middle of the penalty area by Luke Miller and ended with Kade Cook swooping in to head the ball out of the air and across the goal line.

The Shamrocks controlled the majority of the second half, reeling off seven straight shots before Moulton handled the ball for the first time with nine minutes left. But with time winding down, Ethan Burke ran the ball deep into the right corner, eluded a defender, then sent a low cross toward the far post to DuBray, who rang his first attempt right off the left post, trapped the rebound then made no mistake burying his second try with 5:11 remaining.

Rocco Golden handled 11 shots for the Eagles, who will now host Section 2 champion Greenville on Saturday at Plattsburgh High.

Moulton finished with six saves for the Shamrocks, who were making their first state tournament appearance in 10 years.