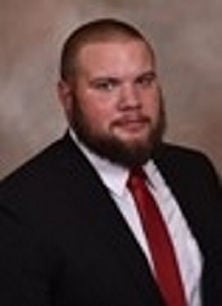 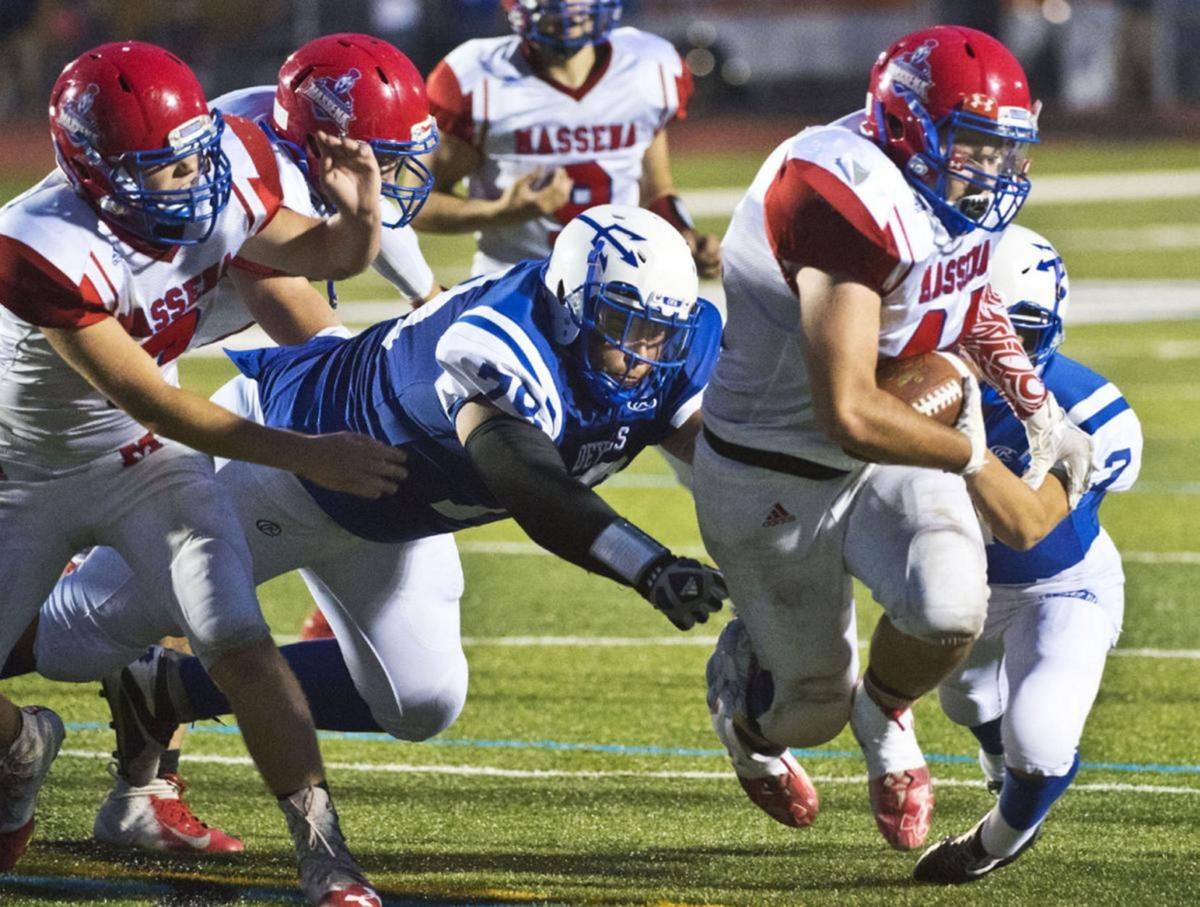 MASSENA — High school football holds a long and rich heritage at Massena that dates back nearly a century.

The job of maintaining that tradition is now in the hands of Austin Coleman.

Coleman, Massena’s new varsity football coach, officially took over the job in January when he was hired to fill a vacancy in the school’s social studies department. His strong football background instantly made him a candidate to fill the job that was led by Nick Zappia the past three seasons.

“Football, and hockey, were the first two things that came up when I talked to people about Massena,” said Coleman, who hails from the Rochester area where he was a standout lineman at Spencerport high school and then in college at nearby St. John Fisher.

“The football here is definitely a well-known program and Massena is a football town,” he added. “All sports have their ups and downs and there’s been a lull that last couple of years but I’ve been a part of turnarounds both as a player and as an assistant coach since I was in high school so I’ve seen what it takes to turn programs around.”

Coleman was hired as the offensive line coach for the St. Lawrence University football program for the start of the 2018 season and made his presence felt. In his first year, he helped guide a young group of offensive linemen who allowed quarterbacks Tyler Grochot and Aaron Ruthman the time to break 12 program records, including pass attempts, completions and yards in a game and for the season.

“Actually, I’m still employed by St. Lawrence until May or so, along with teaching at Massena full-time, I’m going out and actively recruiting. A lot of days I’m going from eight in the morning to nine at night,” he said.

During his three-year high school career at Spencerport, the Rangers went from winning one game his sophomore season under first-year coach John Dowd to posting their first Section 5 playoff game in more than a decade when he was a senior.

“Austin was a team captain and a great leader. He was a sophomore the year I took over and started at center for us,” Dowd said. “We finished 1-7 but the kids were optimistic. We went 3-5 the next year and 6-3 and made the playoffs his senior year in 2012.

“His leadership and work ethic were a major reason we were able to turn the program at Spencerport around. And he was a heck of a two-way lineman as well. He will be a great head coach.”

Coleman went on to forge an outstanding collegiate career at St. John Fisher from 2013-17 where he was named an All-Empire Eight offensive lineman his last three years. He served as captain his senior year, which ended with him being selected to the All-Empire Eight First Team. In his three years as a starter, the Cardinals were 24-9 and averaged 4.3 yards per carry with 161.5 rushing yards per game during that span. St. John Fisher played in the ECAC Championship game in each of those three seasons and claimed top honors in 2014.

Coleman’s interest in teaching and pursuing a career in coaching football took a turn toward Massena during his college days at St. John Fisher, where he met former St. Lawrence Central softball standout Lindsey Thayer, who went on to become the all-time leading strikeout leader in NCAA Division III history in a stellar four-year career for the Cardinals. The duo has since become engaged and is due to be married later this spring.

“What drew me to this area? Lindsey wanted to move back home after college so we agreed to settle down here,” he said. “We’re supposed to be closing on a house in May.”

The seventh varsity football coach at Massena since legendary mentor Mike Nicholas retired in 1979 after 40 years, Coleman said his key message for his players is to focus on the details.

“Knowing your position is great but football is also about knowing what’s happening all around you,” he said. “It’s important to pay attention to all the details.”

“And, it’s not just about X’s and O’s either,” he added. “It’s also about things that happen outside of football. Keeping track of what’s going on in the classroom and how kids are managing their off-time are all part of it.”

Coleman, who was also a standout on the wrestling mat at Spencerport where he made it to the state final as a senior, acknowledged he would also urge his players to participate in other organized sports.

“First and foremost, my priority is football but I’ll encourage all our players to be three-sport athletes,” he said.

Zappia who stepped aside after devoting 40 years to Red Raider football, the last three as varsity head coach following a long and successful tenure overseeing the JV program.

“Nick is going to go down as one of the guys with the most longevity with Massena athletics, especially football,” said Massena Athletic Director Gavin Regan. “He is one of the hardest working guys I know. He’s very passionate about football and he set us up going forward to reap the benefits from the work he’s done. I really can’t say enough about what he has meant to Massena football.”