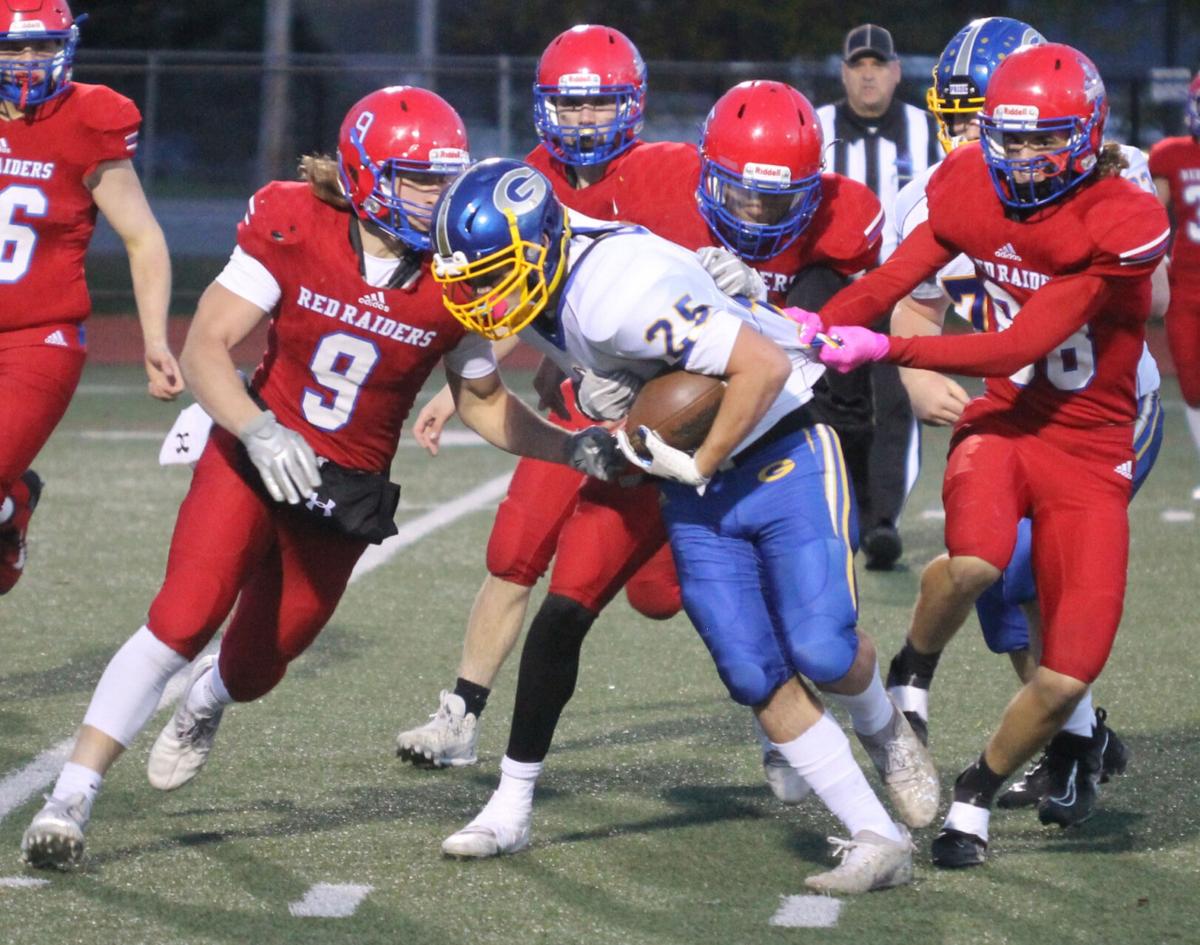 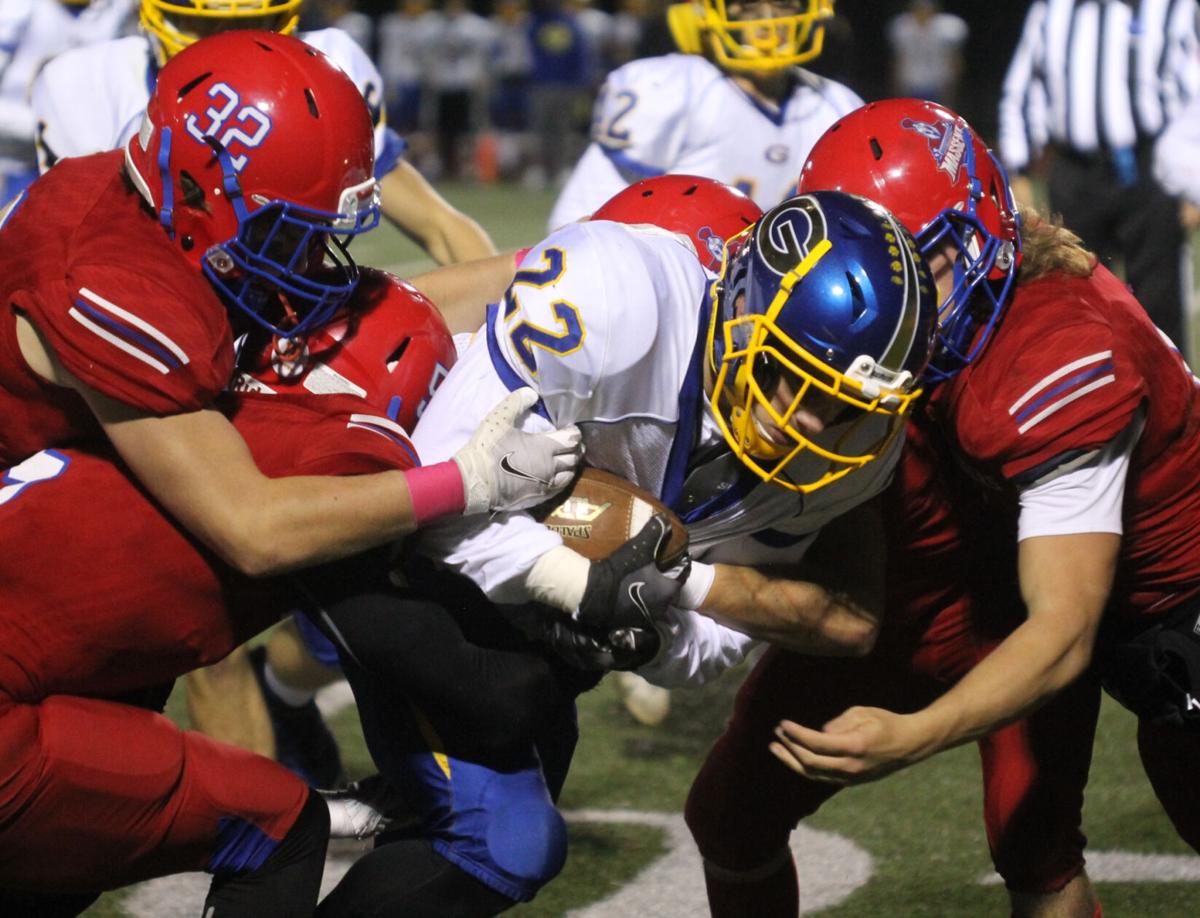 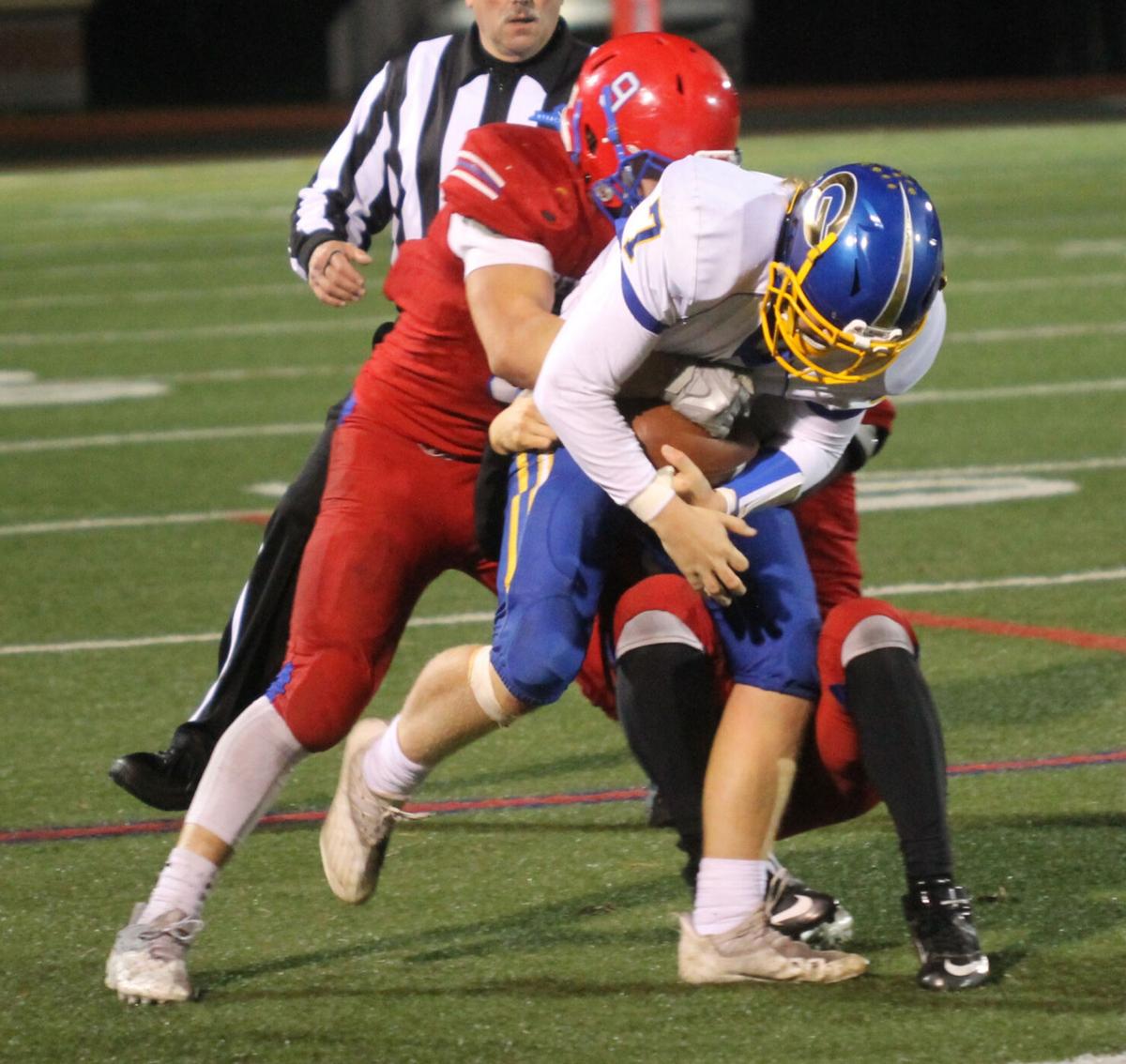 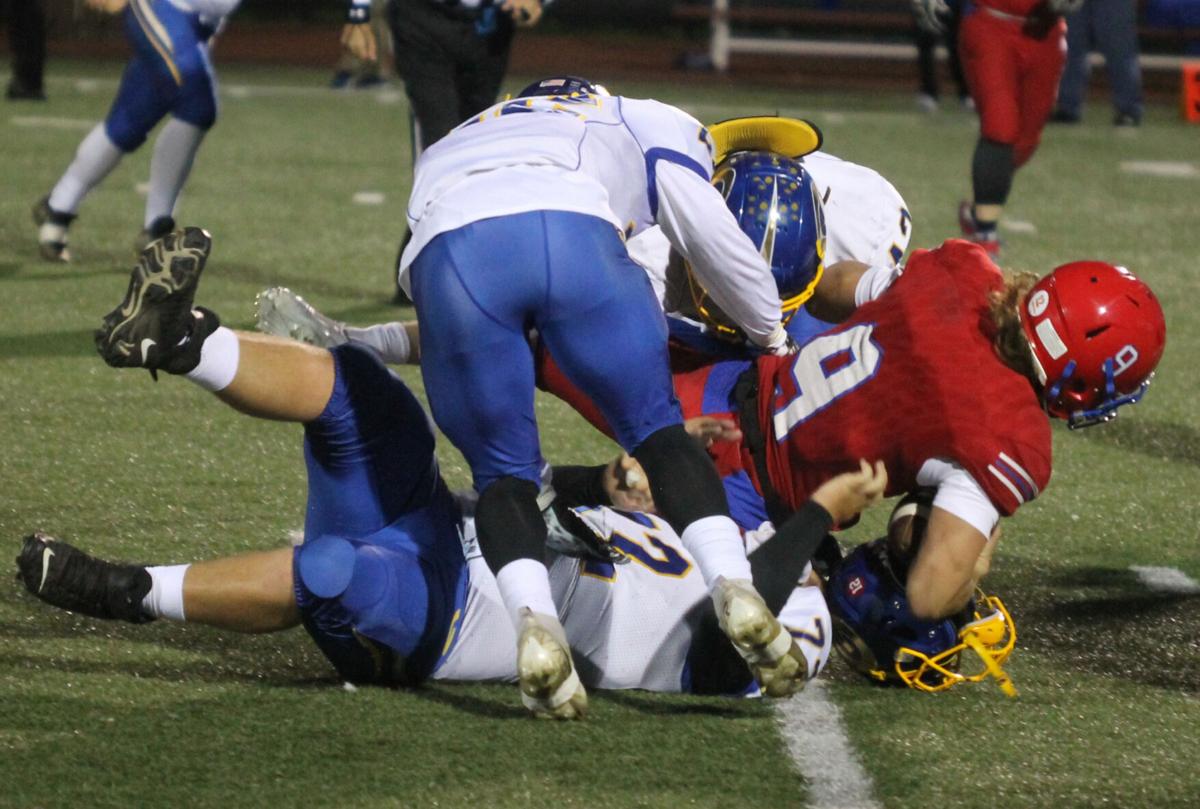 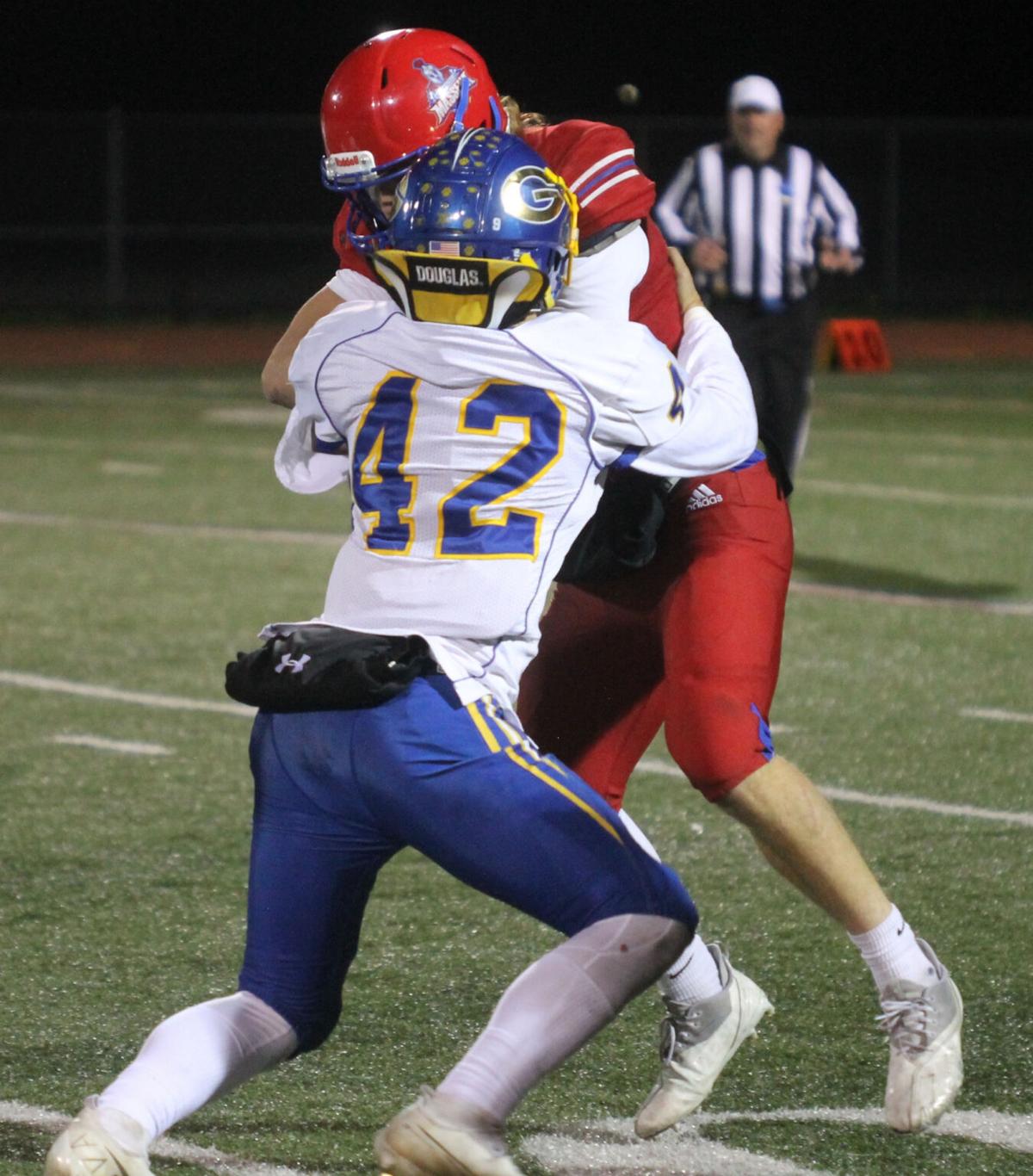 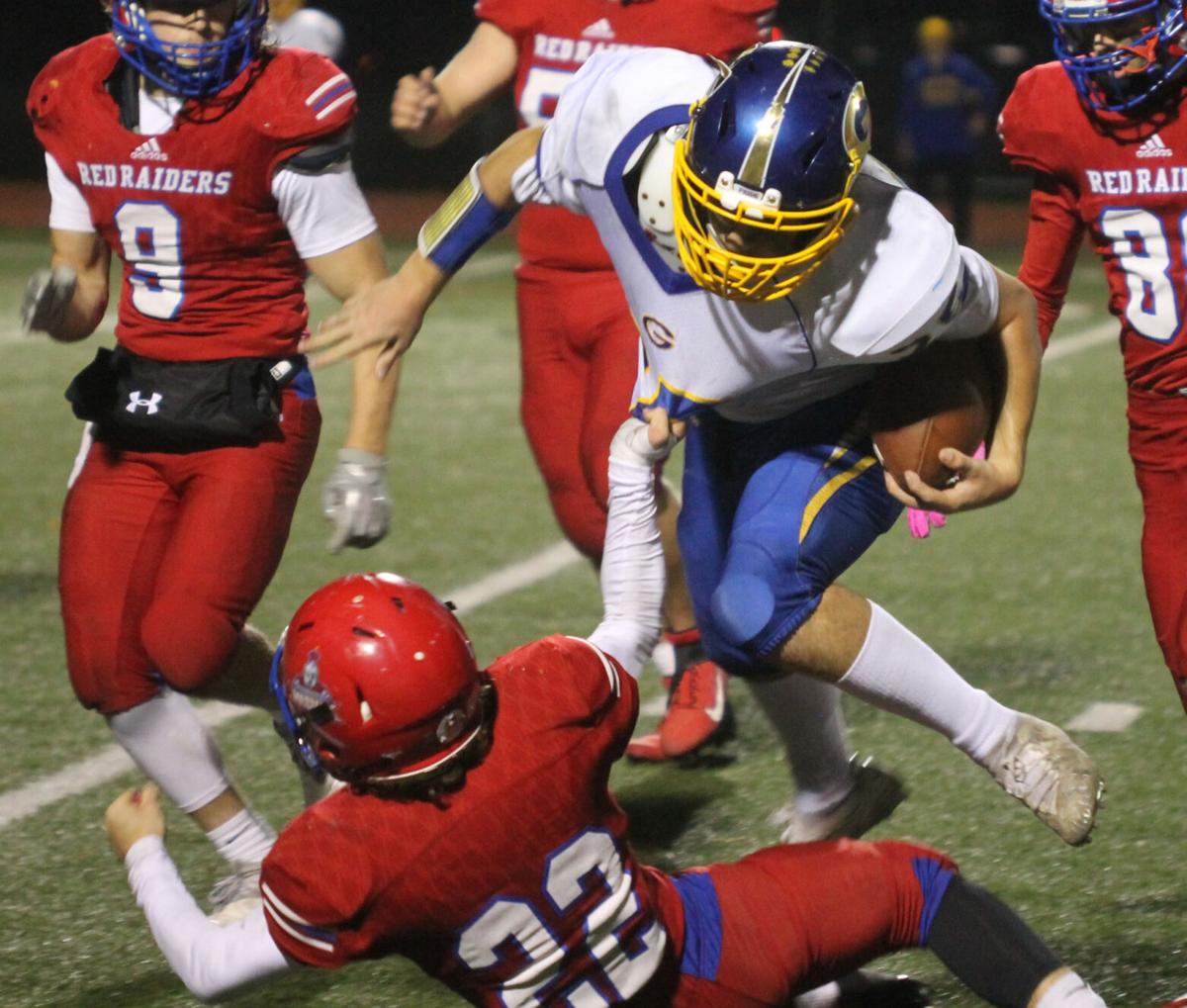 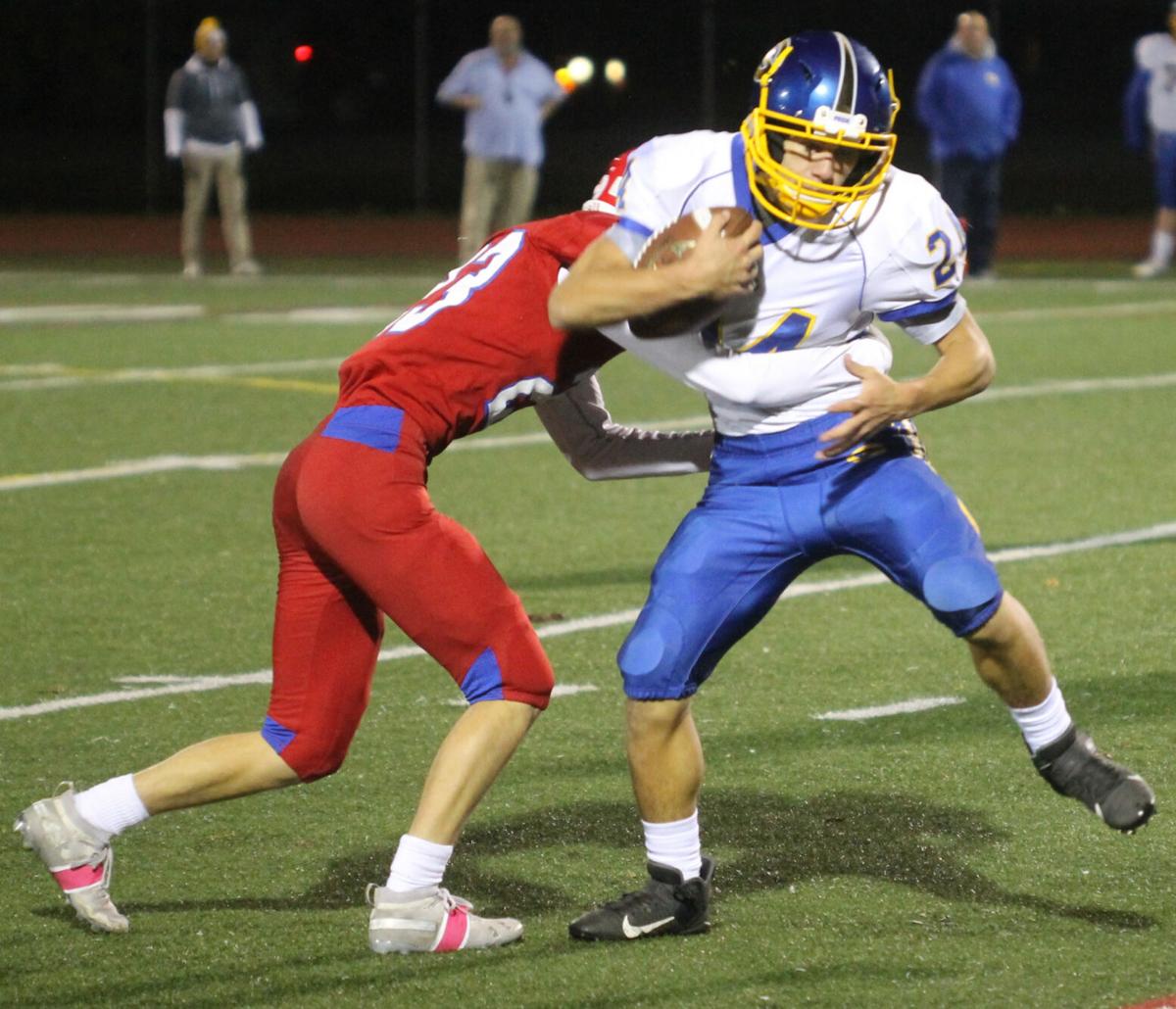 MASSENA — The Gouverneur football team successfully completed a fourth straight undefeated run to the Northern Athletic Conference title with a 24-0 victory over Massena at Mike Nicholas Field in the regular season finale for both squads Friday night.

Senior running back Kyle Savage generated the majority of the offense for the Wildcats, who fashioned a touchdown and two-point conversion in each of the first three quarters, while classmate Carter Baer and sophomore quarterback Holden Stowell accounted for most of the scoring.

Savage ran the ball 20 times for 147 yards and had a 23-yard reception, while Baer carried the ball another 12 times for 106 yards and a touchdown and caught two passes for 56 yards, including a 30-yard strike from Stowell with no time left on the clock to end the third quarter that sealed the win.

Stowell opened the scoring on the second possession of the game for the Wildcats, which began with a fumble recovery by Ethan Alguire near midfield. Six plays later, Stowell got lost in a crowd of blocking teammates and emerged in the end zone from 20 yards out with 1 minute, 52 seconds left in the first quarter. He then went up the middle for the two-point conversion.

Massena started its next possession at midfield but the drive ended when senior quarterback Dominic Monacelli was sacked for a big loss by Gabriel Wainwright on a fourth down play and Gouverneur took over at the Massena 42. On the sixth play of the ensuing drive, Baer swept his way across the goal line from seven yards out and Savage tacked on the two-point run that doubled the Wildcats lead to 16-0 heading into halftime.

After forcing Massena to punt eight plays into its opening possession of the third quarter, Gouverneur put together its most impressive scoring drive of the night. Starting on their own six after another effective punt by Ethan Plourde, the Wildcats steadily reeled off 12 plays but looked to have stalled when back-to-back holding penalties pushed them back from the Massena 10 to the 30.

With no time left, Stowell found Baer wide open down the left sideline for a 30-yard touchdown that put the game further out of reach. Stowell, who completed three of nine passes for 72 yards and ran the ball 13 times for another 40 yards, then added his second two-point run of the night to close out the scoring.

On a night when the Massena offense was held to just 37 plays from scrimmage, junior Nolan Goolden led the ground game with 44 yards on 10 carries and senior Chris Kucipak caught six passes for 42 yards. Monacelli completed eight of 14 passes for 54 yards and ran the ball 11 times for 21 yards.

Both squads will draw a bye for the opening week of the upcoming Section 10 playoffs. As the top seed for the Class C tournament, the Wildcats will host the championship game on Saturday, Nov. 6, against the winner of a first-round game pitting St. Lawrence Central at OFA next Friday night.

Massena (4-2) enters the Class B tournament as the top seed and will host the title game Friday, Nov. 5, against the winner of an opening-round game that will see Malone hosting Potsdam next Saturday.