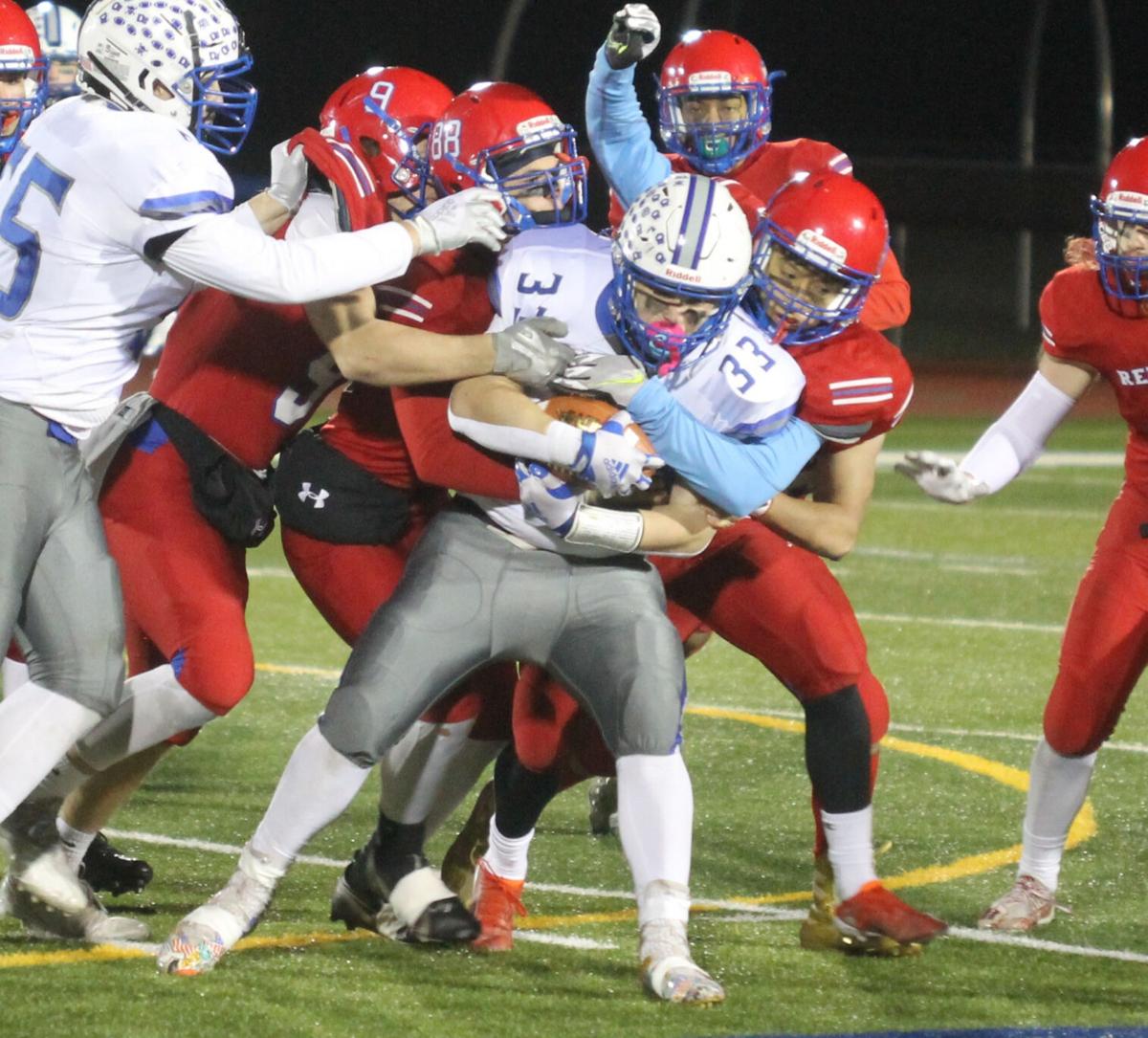 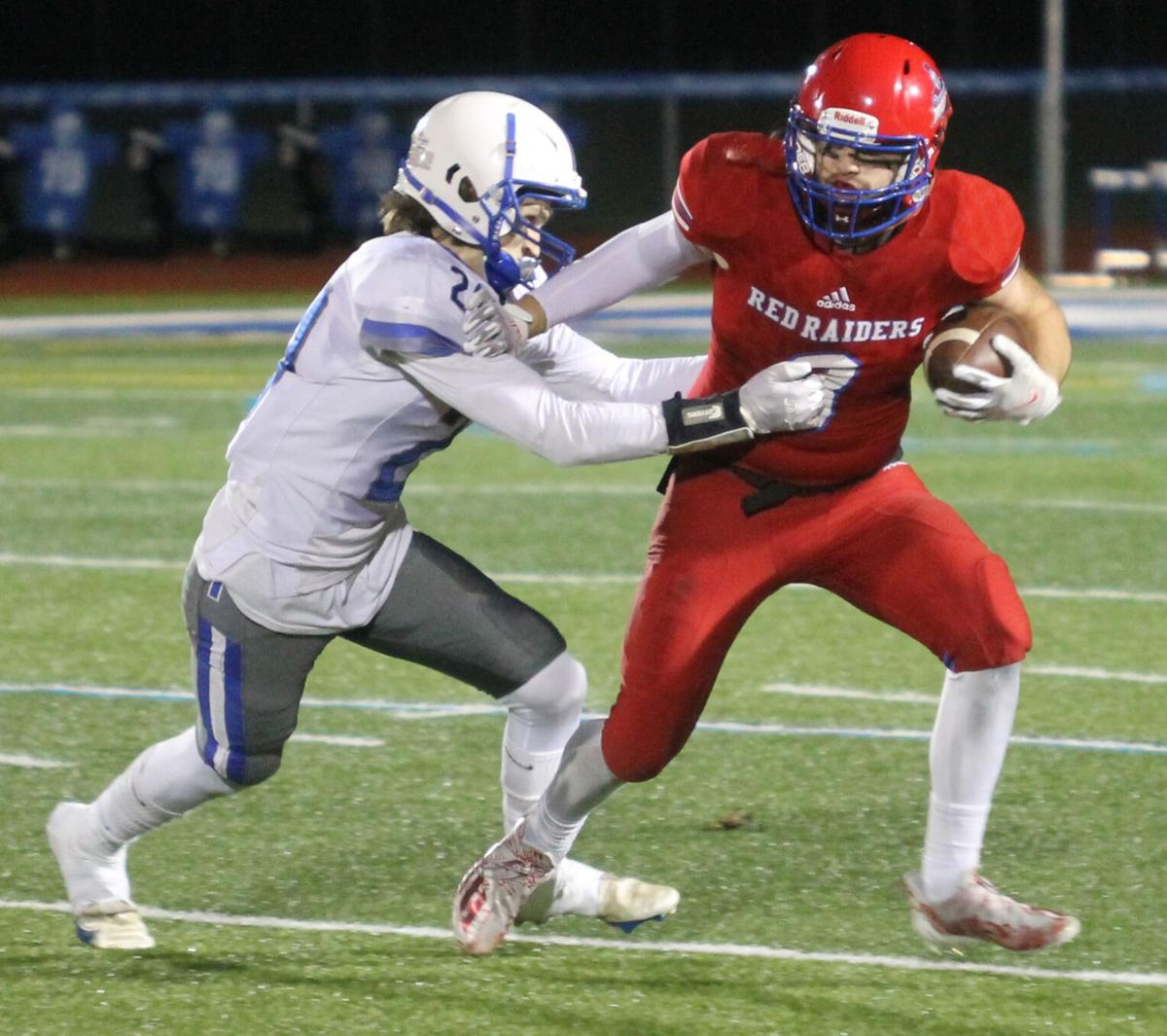 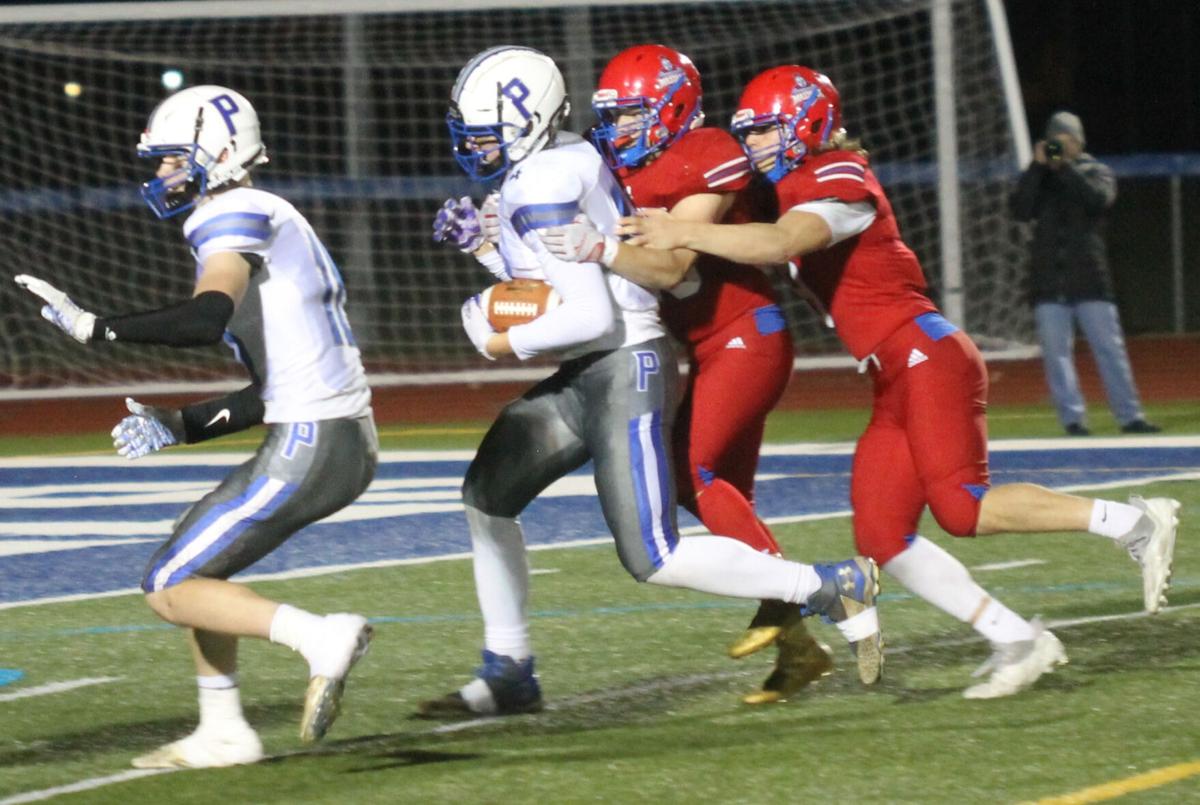 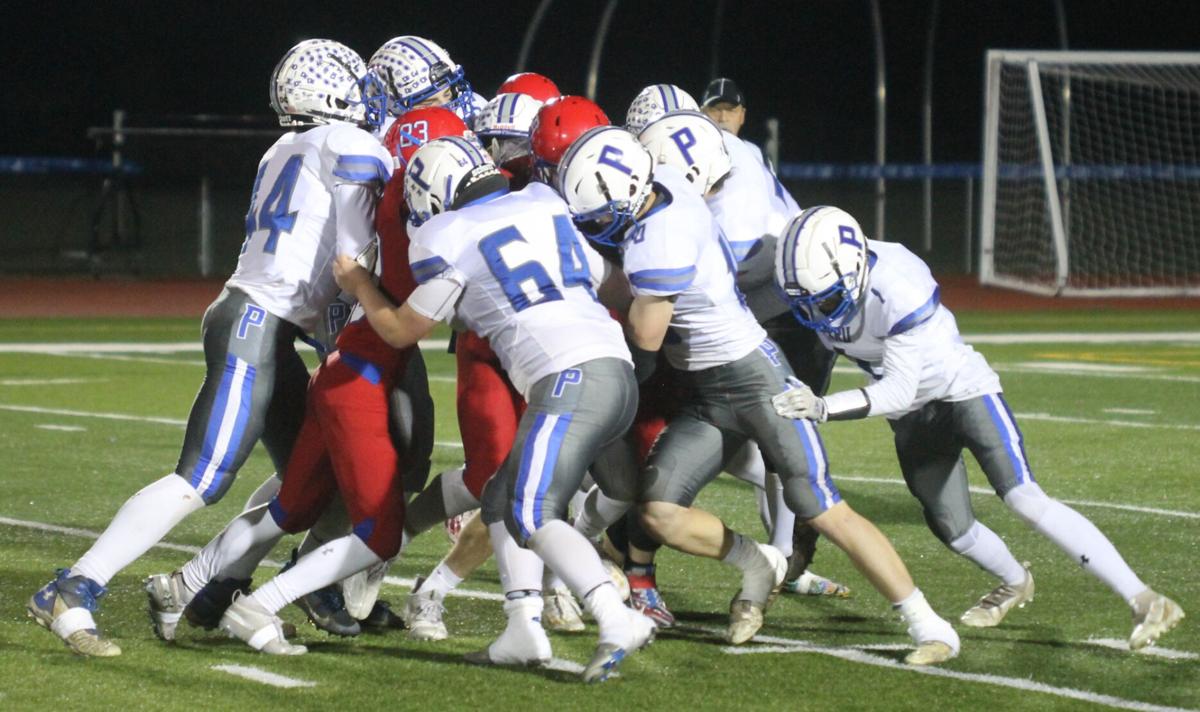 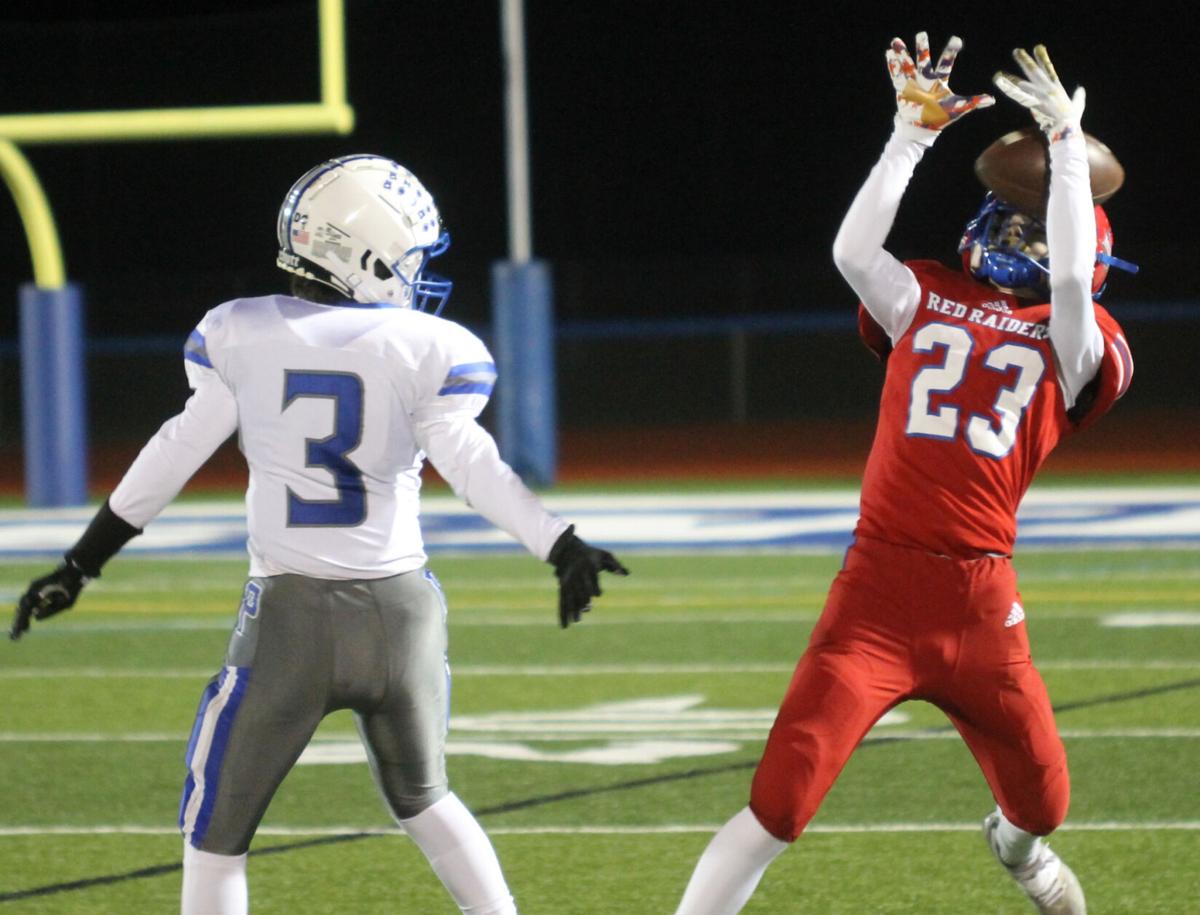 Massena’s Clifford Gay squeezes the ball between his arm and his helmet for a catch during Friday night’s state Class B football playoff game against Peru in Ogdensburg. Alain St. Pierre/Courier Observer

Massena’s Clifford Gay squeezes the ball between his arm and his helmet for a catch during Friday night’s state Class B football playoff game against Peru in Ogdensburg. Alain St. Pierre/Courier Observer

OGDENSBURG - The Peru football team relayed Massena’s mistakes into postseason success Friday night in the opening round of the NYSPHSAA Class B playoffs.

“We knew Massena had some good athletes and our defense once again did an outstanding job of shutting down another team. I’m just super proud of the way our entire team played tonight,” said Peru coach Ryon O’Connell after his squad advanced to a quarterfinal round matchup next Saturday on the road against a Section 2 champion that will be determined this weekend.

Senior Keegan Smith highlighted the Peru effort on both sides of the ball, catching a 12-yard pass from junior Zach O’Connell 3:49 into the game then pulling down another pass from O’Connell for a second 12-yard pass just 49 seconds into the second quarter that helped push the lead to 14-0. He later added a 43-yard touchdown catch with 1:26 left in the second quarter as the Nighthawks (7-2) carried a 35-0 lead into halftime.

Smith later sealed the win by outdueling a Massena receiver for possession of the ball two yards into the end zone then racing 102 yards for the final Peru touchdown with 3:44 left in the third quarter. He also converted on five of his six PAT kicks.

The game was delayed nearly a half hour before Peru had a chance to kick the extra-point following the final touchdown of the half when an injured player along the Nighthawks sideline was eventually carried off on a stretcher as a precautionary measure after complaining of neck pain. He was reportedly fully responsive when taken away by ambulance. A second ambulance had to be called in after the first ambulance that was already on hand at the game had to take a Massena player to hospital after suffering a shoulder injury.

The teams were sent to their respective locker rooms during the delay before the rest of the first half was completed.

Junior Jack Hanson handled the bulk of the rushing workload for the Nighthawks, carrying the ball 13 times for 147 yards with touchdown runs of four, 11 and 29 yards while Landen Duprey rounded out the scoring with a 23-yard touchdown reception on his only catch of the night. O’Connell wound up completing eight off 11 passes for 143 yards with Smith pulling down a total of four passes for 91 yards.

The Red Raiders (5-4) were led by senior quarterback Dominic Monacelli, who, despite being hounded throughout the game, managed to compete 17 of 25 passes for 201 yards with two interceptions. He closed out the game by hooking up with classmate Ethan Donnelly for a 35-yard touchdown pass with 55 seconds left in regulation for the only Massena points of the game. Junior DeShawn Walton caught eight passes for 84 yards and senior Chris Kucipak had another six receptions for 51 yards.