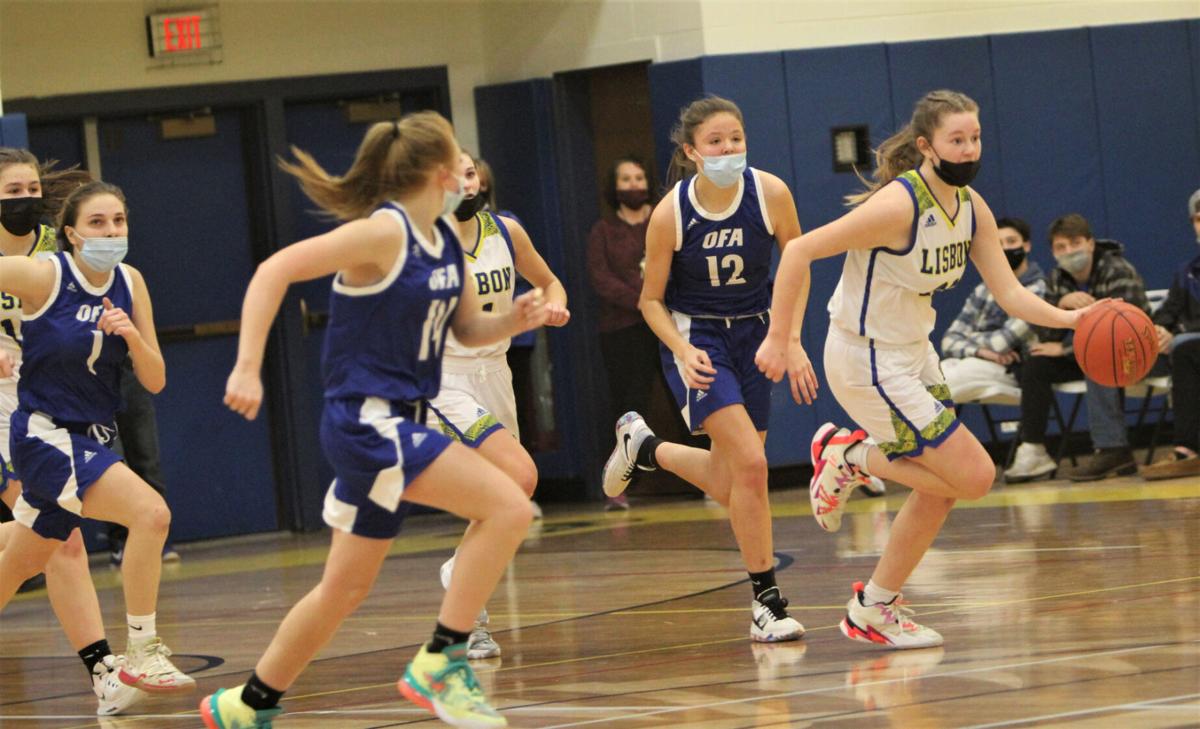 Lisbon’s Rachel LaRock breaks upcourt with a steal to seal a win over OFA on Tuesday. Dave Shea/The Journal. 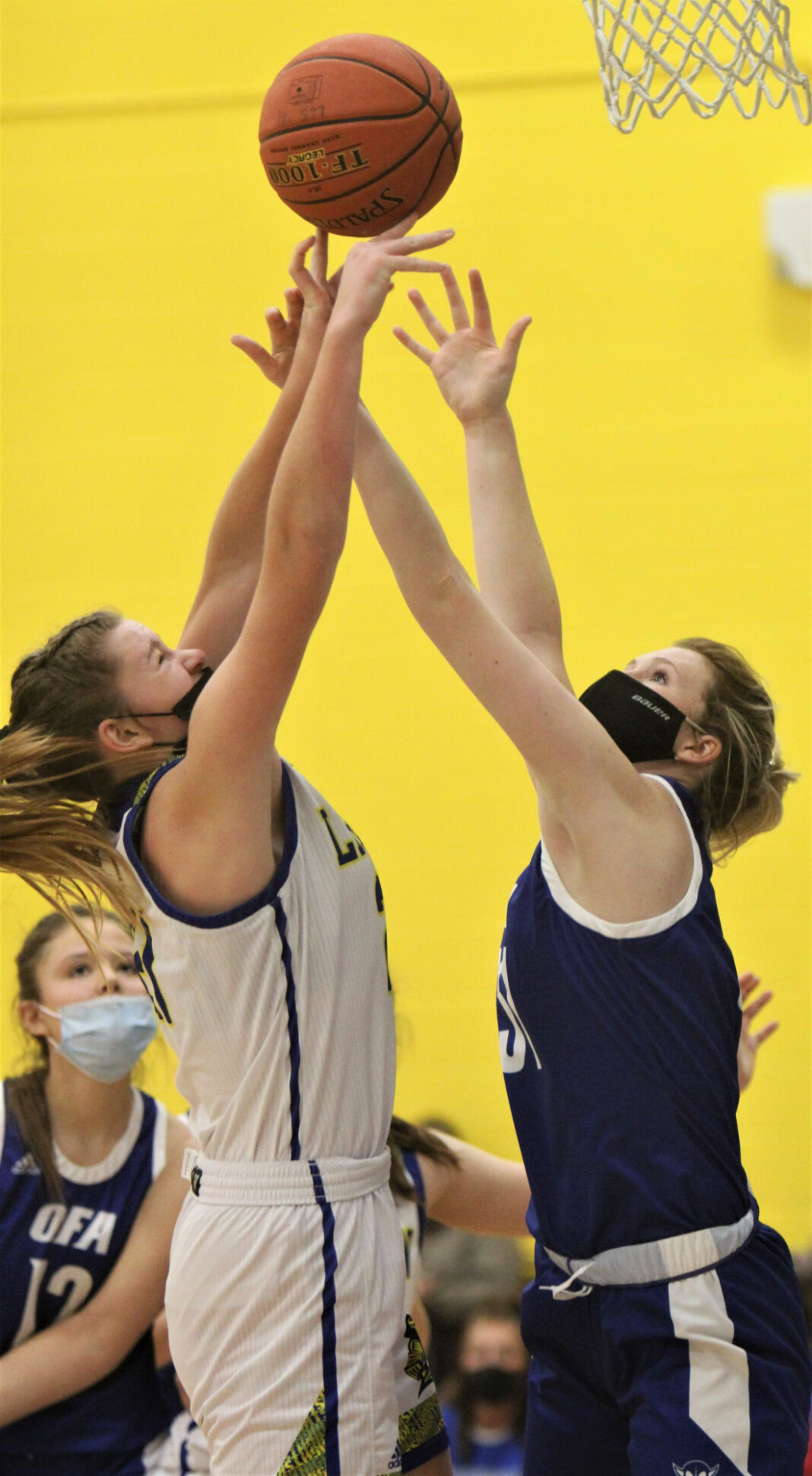 Lisbon’s Rachel LaRock breaks upcourt with a steal to seal a win over OFA on Tuesday. Dave Shea/The Journal.

Lisbon out-scored OFA 15-7 in the fourth quarter and gained a 35-33 win an inside conversion by Mikaela Buckley off a pass from Rachel LaRock with 10.1 seconds to play. LaRock then sealed the issue stealing an OFA entry pass and then racing down the court as time expired.

Gouverneur used stop in the closing seconds to secure a 43-42 win over Hammond. Hermon-DeKalb triumphed without dramatics in a 66-20 non-league win over Brushton-Moira.

OFA 35 - Lisbon 33: The Golden Knights (3-4) erased a 31-26 deficit gaining a 31-31 tie when Rachel LaRock scored off a mid-court steal with 2:09 remaining. They took their first lead of the second half when Julia Rishe scored off a nice bounce pass from Gabby Taylor. Abby Raven answered with OFA (3-3) and Olivia Merrill preserved the 33-33 with a blocked shot with 19.6 to play.

The Knights gained the decisive score by Buckley and a steal from LaRock to overcome seven fourth quarter points from Raven who led all scorers with 14 points and blocked nine shots. Olivia Merrill scored 11 points for OFA and blocked four shots.

Scoring the rebounding leaders Buckley and LaRock (5 in 4th quarter) combined for 10 and 7 points for Lisbon and Gabby Taylor finished with six while directing the halfcourt offense.

“This was definitely a big win for the girls and it was really fun to get a win coaching against Doug Loffler who coached me and had so many great years here at Lisbon. We use the same system because I use the same system he taught me. In the fourth quarter we had to press and we were able to get the turnovers we needed,” said Lisbon Coach Dickie Marcellus.

“We have moved the ball pretty well in the last few games. They blocked a lot of our shots but we also missed so many shots inside in the first half. In the fourth quarter we executed well against their 3-2 zone, made good passes and dove to the basket.”

Julia Rishe scored four of her five points in the fourth quarter for Lisbon and Grace Smith capped a five-point effort with a timely field goal down the stretch. Marissa Robinson added two points to the win.

Brinley Frederick and Zoey Williams scored four and two points for OFA which just didn’t get off enough shots down the stretch according to their coach.

Gouverneur 43 - Hammond 42: Raelin Burns buried four 3s in first quarter sparking the Wildcats (5-3) to a 19-8 lead but the Wildcats needed a defensive stand in the final seconds to reverse an early season loss and hand the Red Devils their first loss of the season. Facing a four-point deficit the Devils received a 3-pointer from Alyvia Crosby and then forced a five-second violation on the Wildcats who denied a Hammond shot as time expired.

H-D 66 - B-M 20: The Green Demons geared up for a big division game against Hammond on Thursday breaking out to a 16-2 first quarter and cruising to a 6-2 record. Hannah Gollinger led the winning offense with 16 points and Olivia Simzer buried three 3s in a 14-point effort. Jayla O’Donnell tallied eight points followed by Ellie McQuade with seven, Hannah Coller and Natalie Appel with six, Rylie Hale with five and Aaliyah O’Donnell with four.