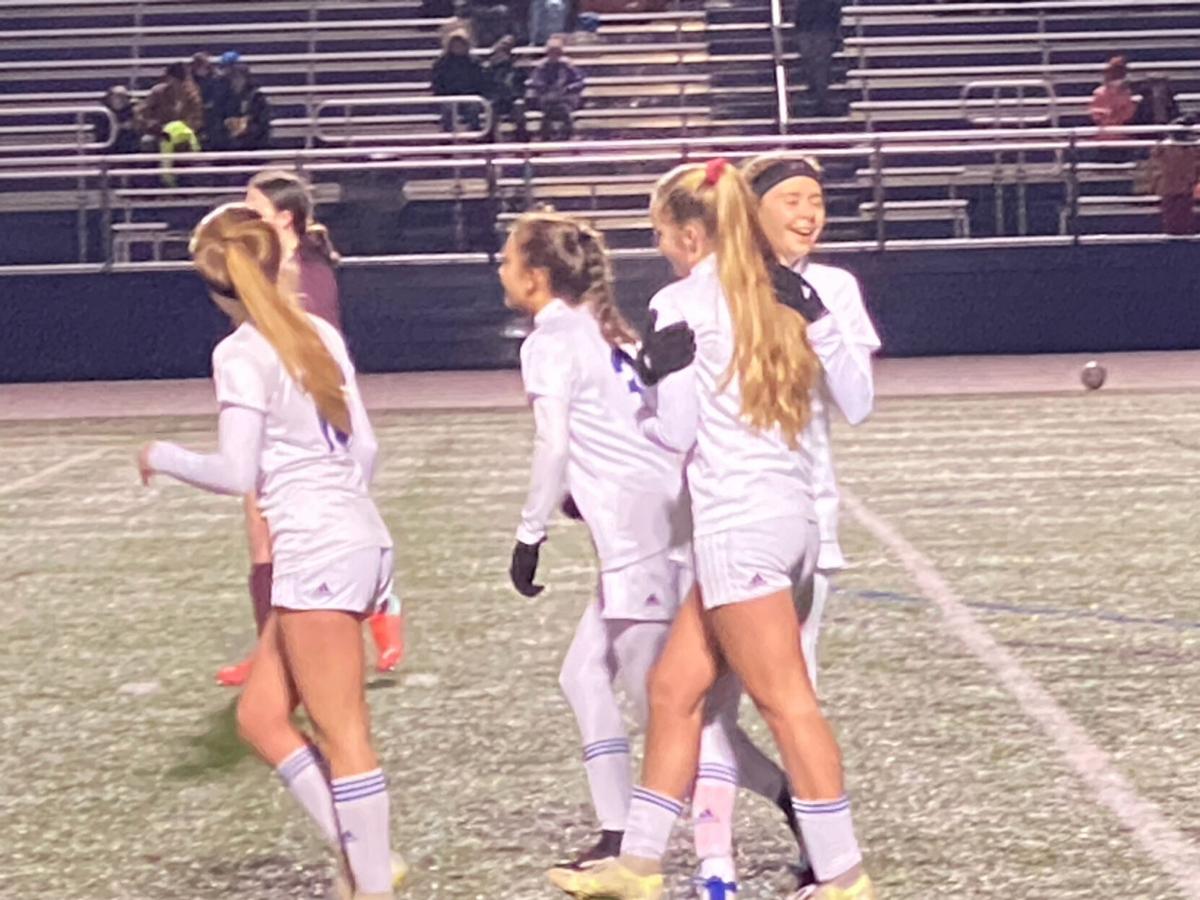 Poland celebrates a goal by Alexis Bates 11 minutes into Saturday’s state Class D semifinal match against Chateaugay in Cortland. It was Poland’s third goal of the game. Vin Gallo/Malone Telegram 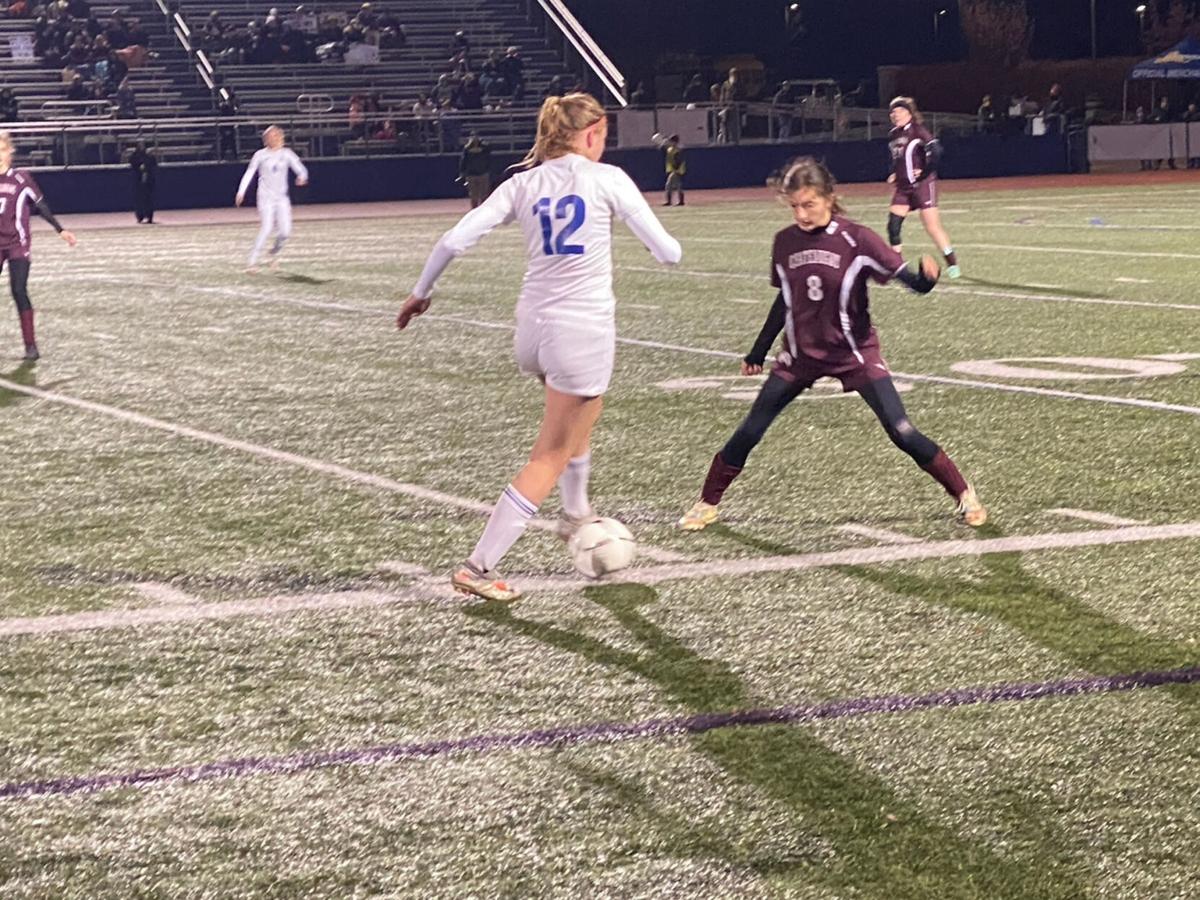 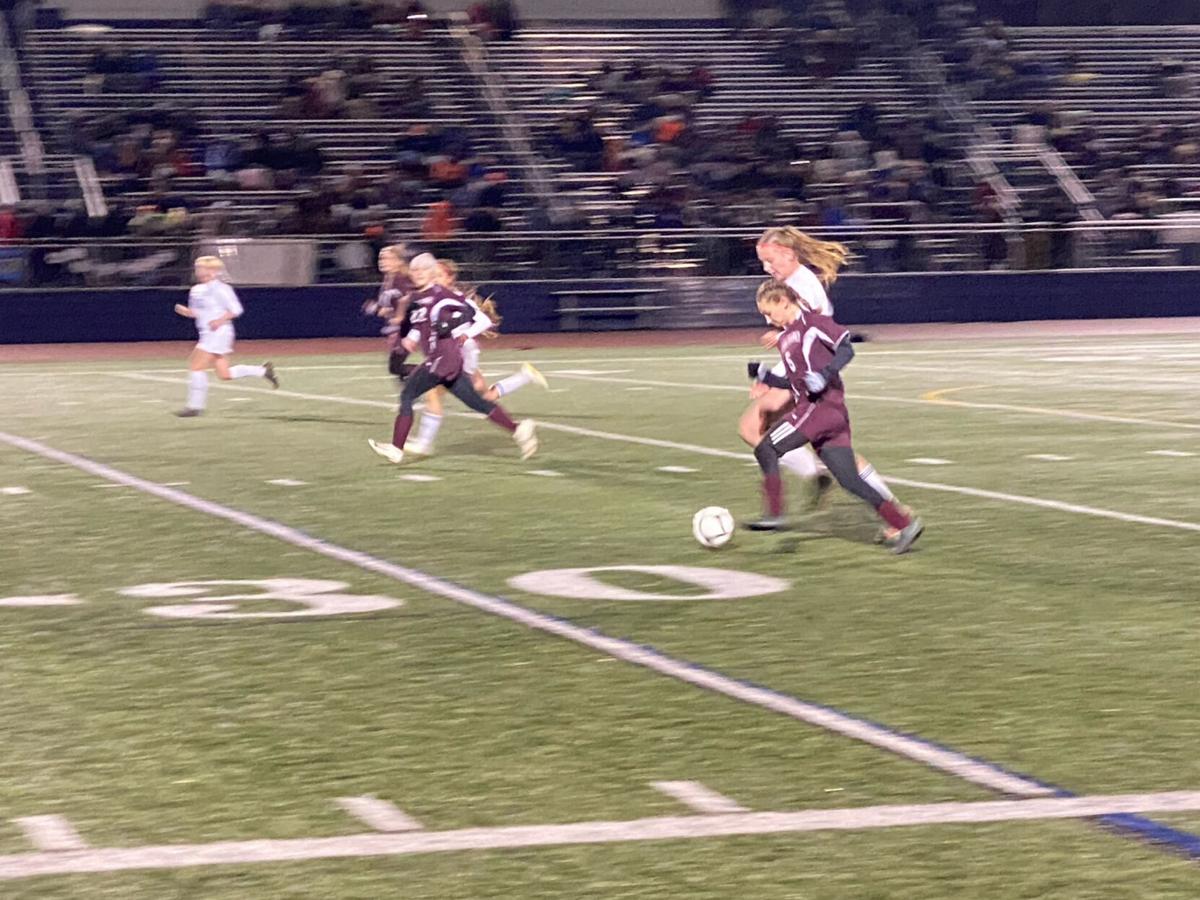 Poland celebrates a goal by Alexis Bates 11 minutes into Saturday’s state Class D semifinal match against Chateaugay in Cortland. It was Poland’s third goal of the game. Vin Gallo/Malone Telegram

CORTLAND — Alexis Bates of the Poland girls soccer team stopped on a dime just inside the 20-yard marker.

The Tornadoes’ senior forward, in a flash, wound up and kicked.

The ball bee-lined to the upper center of Chateaugay’s net – a shot perfectly placed out of the reach of Bulldog goalkeeper Kaelyn Morgan.

Poland (21-0) took control in an instant and kept it throughout. But Chateaugay (19-2) held its head high.

“I’m proud of us,” Bulldogs defender/midfielder Kylee Peterson said. “I’m beyond proud of how we played this season. We come from a low school (Class D) and they’re a really good team.”

With the victory, Poland advanced to today’s championship game at SUNY Cortland, against Mount Academy with an opportunity to defend its 2019 title and extend its unbeaten streak to 75 straight games.

“That team is clearly as good as advertised,” Chateaugay head coach Jason LaPlante said. “They are really talented, everywhere, and – we didn’t lay down. We played. Sometimes you just get beat by a better team, and that’s what they were. We’re really proud of our kids. They have nothing to hang their heads for.”

Poland jumped on the board three minutes into the contest, when Maddison Haver collected a shot deflected by Chateaugay’s defense and tucked the ball away while parallel to the Bulldogs’ left post.

The Tornadoes led 5-0 at halftime.

Poland’s Logan Cookinham led the game with three goals, while Haver and Bates each netted two.

Chateaugay this summer will graduate five seniors; Adrienne Secore, Avery Tam, Jarvis, Peterson, and Emma Carlisto. It could return as many as 13 players from its semifinalist team.

“We’ve made it. We know we can make it (to the state semifinals). We have potential,” Morgan said. “We’re losing some amazing faces, some amazing players and it is gonna be hard, but, I know people are gonna step up and play in the positions the seniors had and they’re gonna try and get here again. It’s gonna be great.”