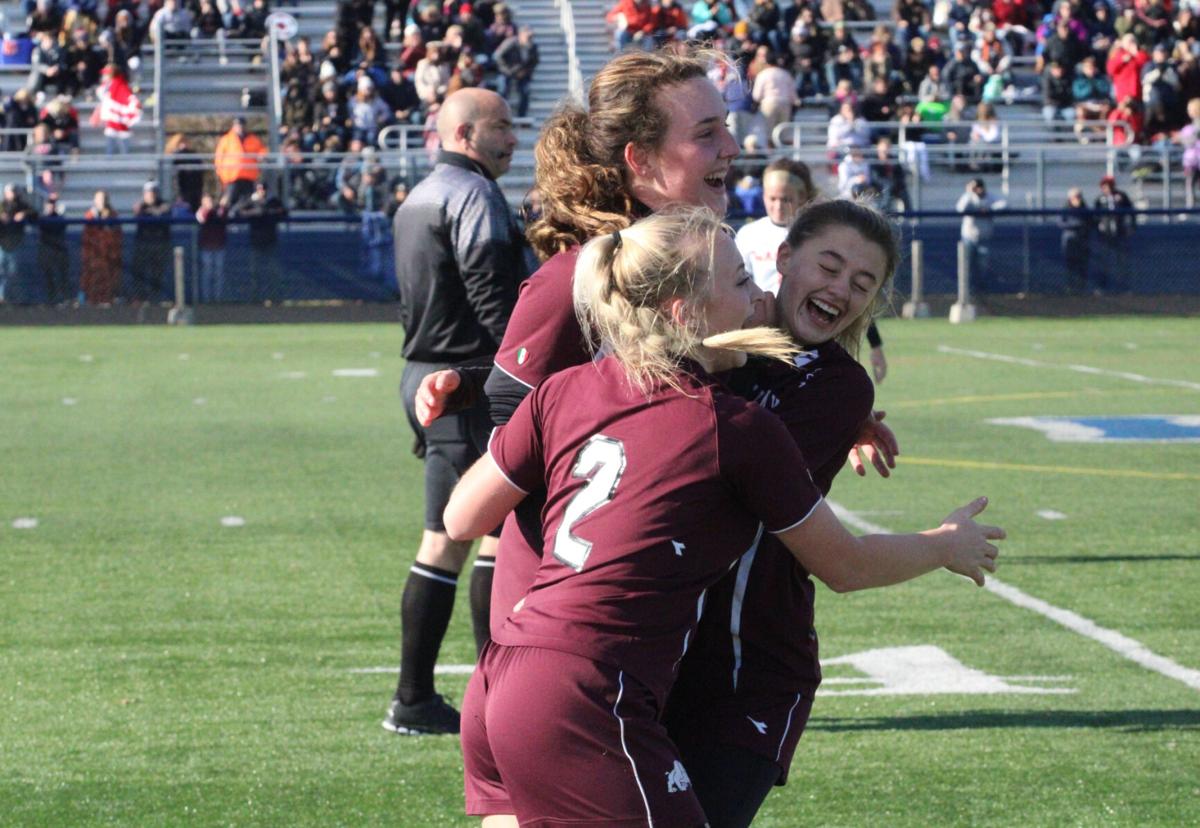 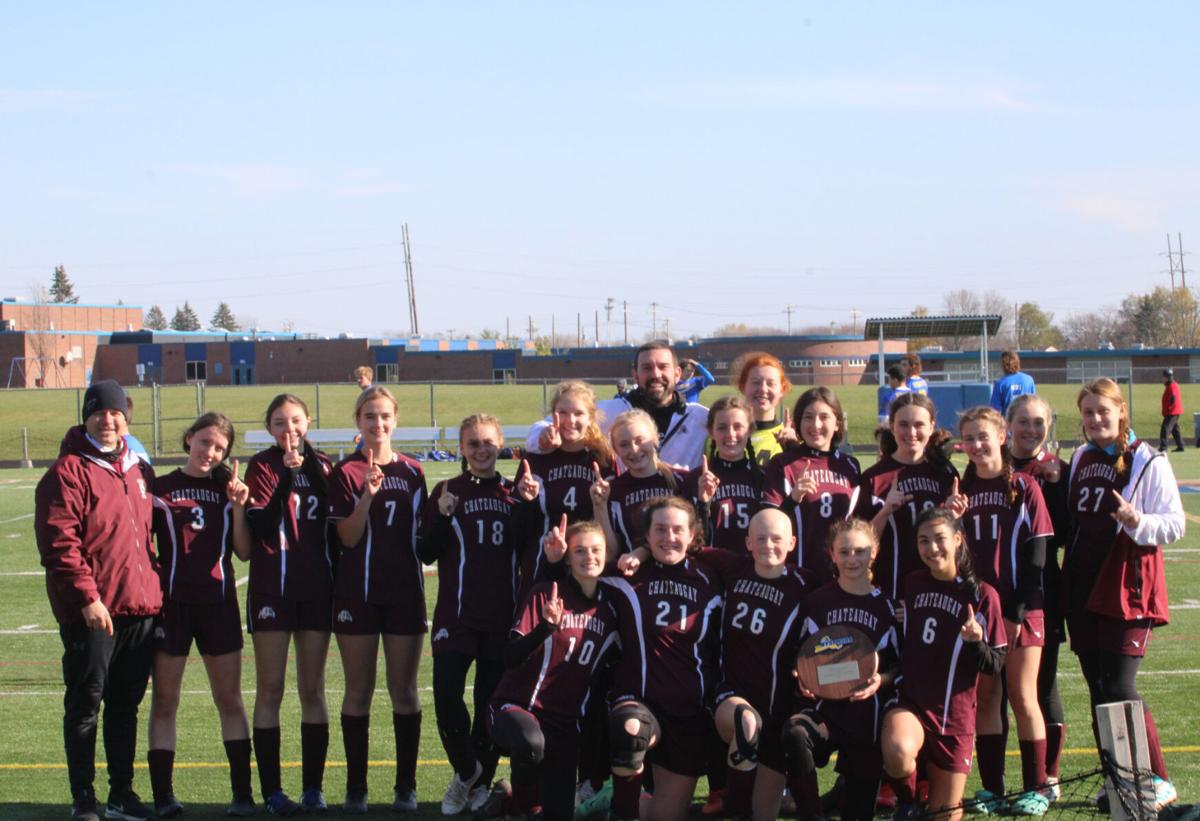 CHATEAUGAY — It may have taken place late in the season, but Chateaugay girls soccer believes Class D’s Section 10 championship game was the match that gave it the confidence it needs.

“(It was the) perfect game to play before the final four,” Bulldogs sophomore striker Ali Johnston said. “It taught us, if we can survive a game like that, then I think we have a pretty good chance.”

For 110 minutes on Nov. 1, Chateaugay was engaged in a scoreless saber-lock with NAC West Division champion Lisbon on Potsdam’s turf. A nod into the regional finals was at stake.

“That game was intense and scary,” Johnston said. “There was a couple times where I was like crying. I was like, ‘no way. This can’t be the end of my season right now.’”

Despite registering only nine shots on goal the Bulldogs held ground with its opponent through six periods of play, before landing the deciding goals in a shootout.

Following a 1-0 win over Section 7’s Willsboro Warriors in the regional final, the Bulldogs are now in the state semifinals where they face the Section 3 champion Poland Tornadoes at 5:30 p.m. today at Cortland High School.

Poland, the state Class D champion in 2019 and a short drive from Cortland, is unbeaten in its last 73 consecutive games

But Chateaugay’s game in Potsdam against a physically strong opponent is when the Bulldogs felt something click.

“That game definitely showed us that we have the talent, the potential,” sophomore goalkeeper Kaelyn Morgan said.

“We have what it takes,” Morgan said. “To beat anybody, realistically.”

“They’re obviously talented, they’re a great program and we have respect for them,” LaPlante said. “But, we’re not gonna go scared either. We’re gonna go down and give it our best shot ... (if) we go down and they beat us because they were better than us, then we’ll take it. But we’re not going to go down and lay down for them, that’s for sure.”

For brief moments during the regular season, the Bulldogs were unsure what the future held.

“I was nervous COVID would come back and ruin the season, the way the season ended like last year,” Jarvis said.

For about a week, midway through the year, postponements and rescheduling scrambled game dates.

“Especially in the middle of the season when our games kept getting canceled and rescheduled,” Chateaugay senior midfielder Avery Tam said, “(we were) nervous we wouldn’t be able to finish out our season.”

Chateaugay lost its opening day match, 4-1 to the Peru Nighthawks but then produced 10 straight .

“Throughout the whole season, I don’t think anyone went over the top (in) being cocky saying, ‘oh we’ve got this’ completely,” Morgan said. “Everyone ... still (had a) focused mindset.

“Soccer is a very back and forth game, its very unpredictable. Walking into a game thinking ‘oh we’re gonna beat this team or that team’ it’s very difficult to do that. It can go either way, for anyone. In any way.”

Chateaugay junior striker Olivia Cook and the team’s leading scorer believes the team’s depth isn’t considered and pointed to a game against county rival, Brushton-Moira. Cook was sidelined for the contest due to ineligibility, after receiving a red card in the game before. But the Bulldogs pulled through with a 2-1 win over the Panthers.

“A lot of people think it’s all about me and that I’m the only person on this team,” Cook said. “I think, me being out of the Brushton game, as much as it sucked not to play, was good for us. Because it proves, I’m not the only one on this team.”

“Kylee scored two goals,” Cook said. “Two amazing goals. It was good because it gave other people a chance to prove themselves and show ... I’m not the only person on the team. That brought us together because we came together to prove everyone wrong.”

Chateaugay this week reflected on how far it’s come, one season removed from a canceled 2020 season.

“I think last year was really hard for all of us, so, I think, to get to this point ... it’s pretty ... amazing,” senior midfielder Emma Carlisto said.

“Because, we could have made it far last year. And that’s what we were hoping for. Coming into this year, we were like, ‘we’re gonna make it. Because we deserve to make it. And, we have the talent to make it, and look where we are.”