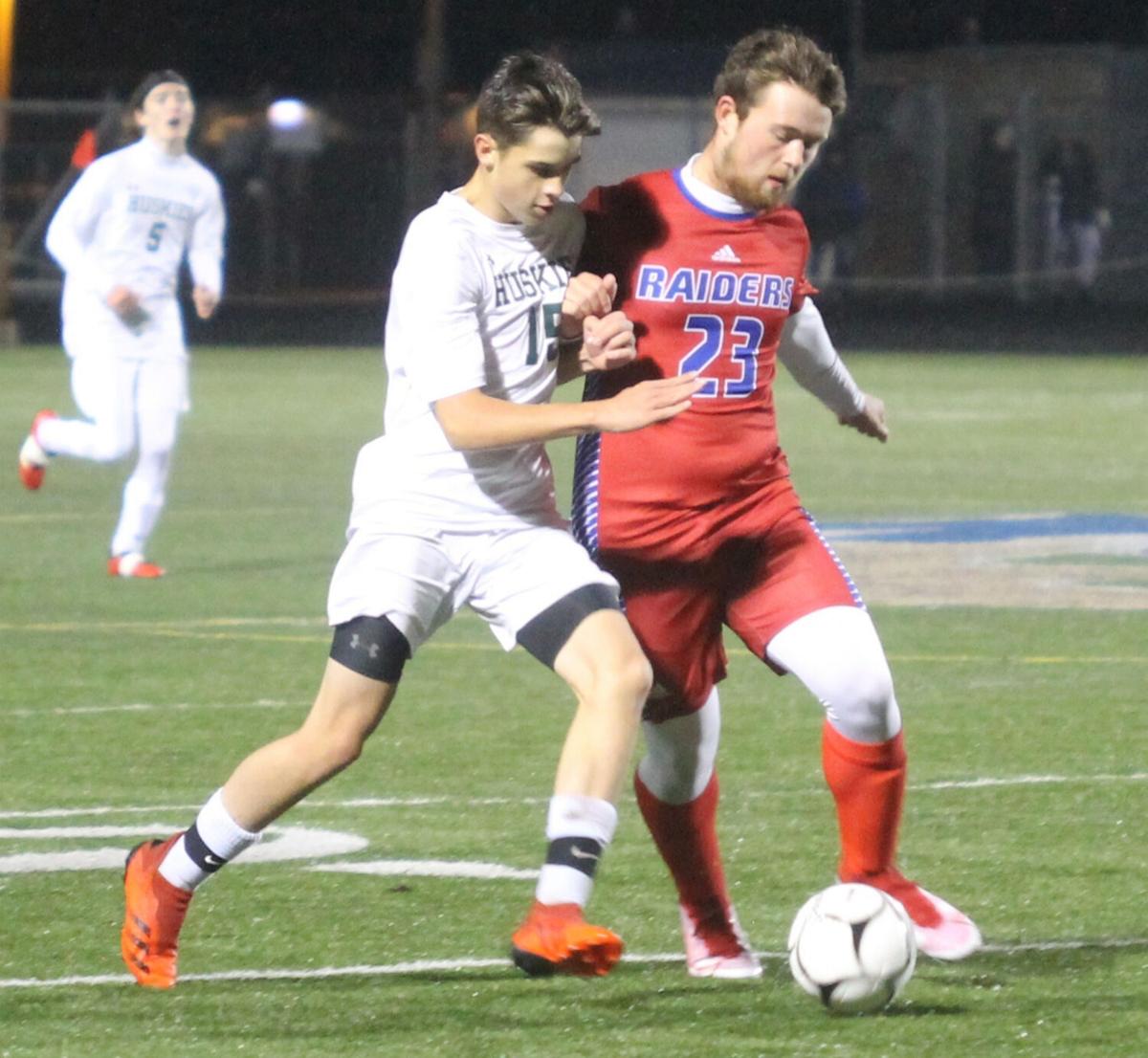 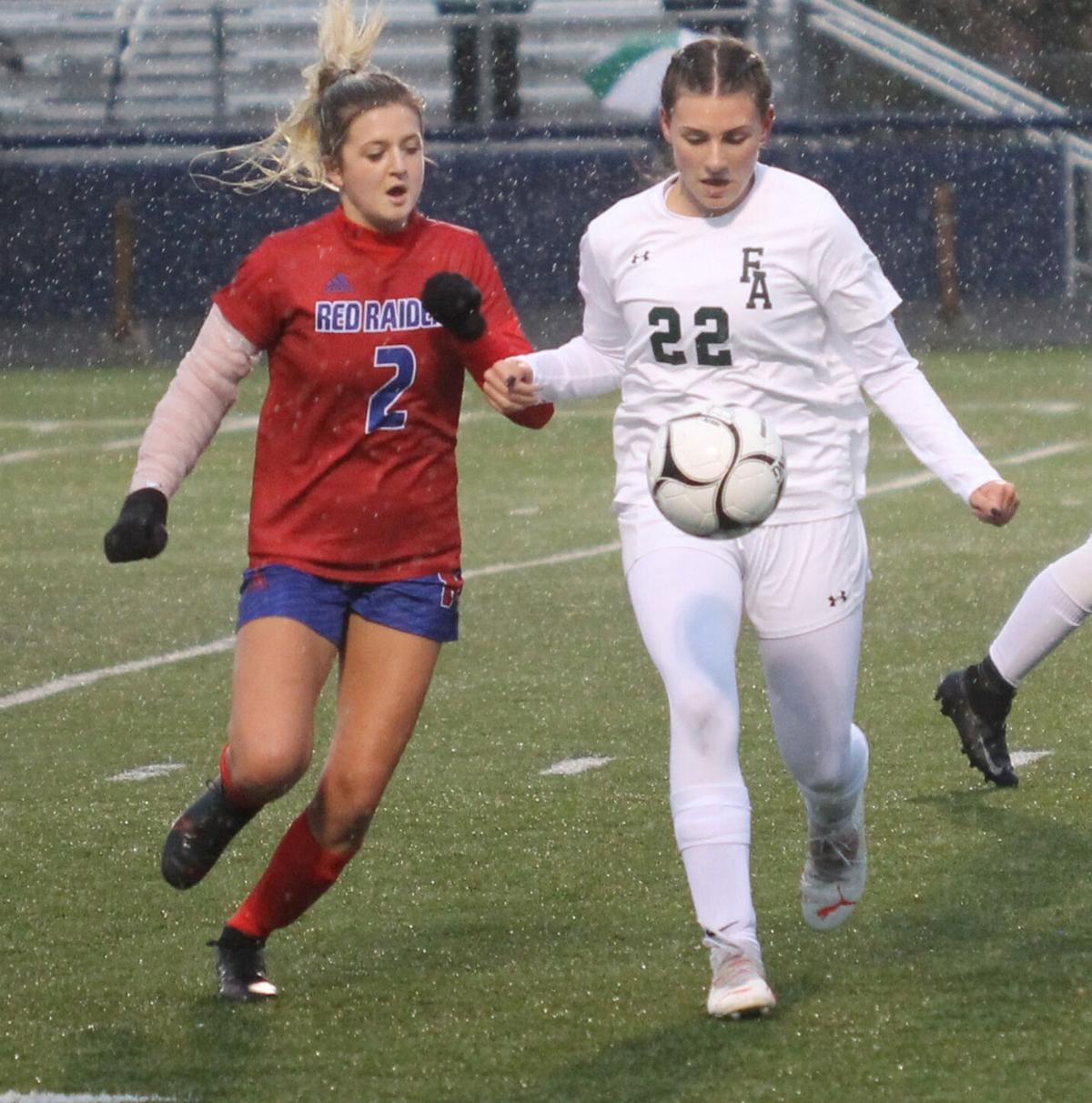 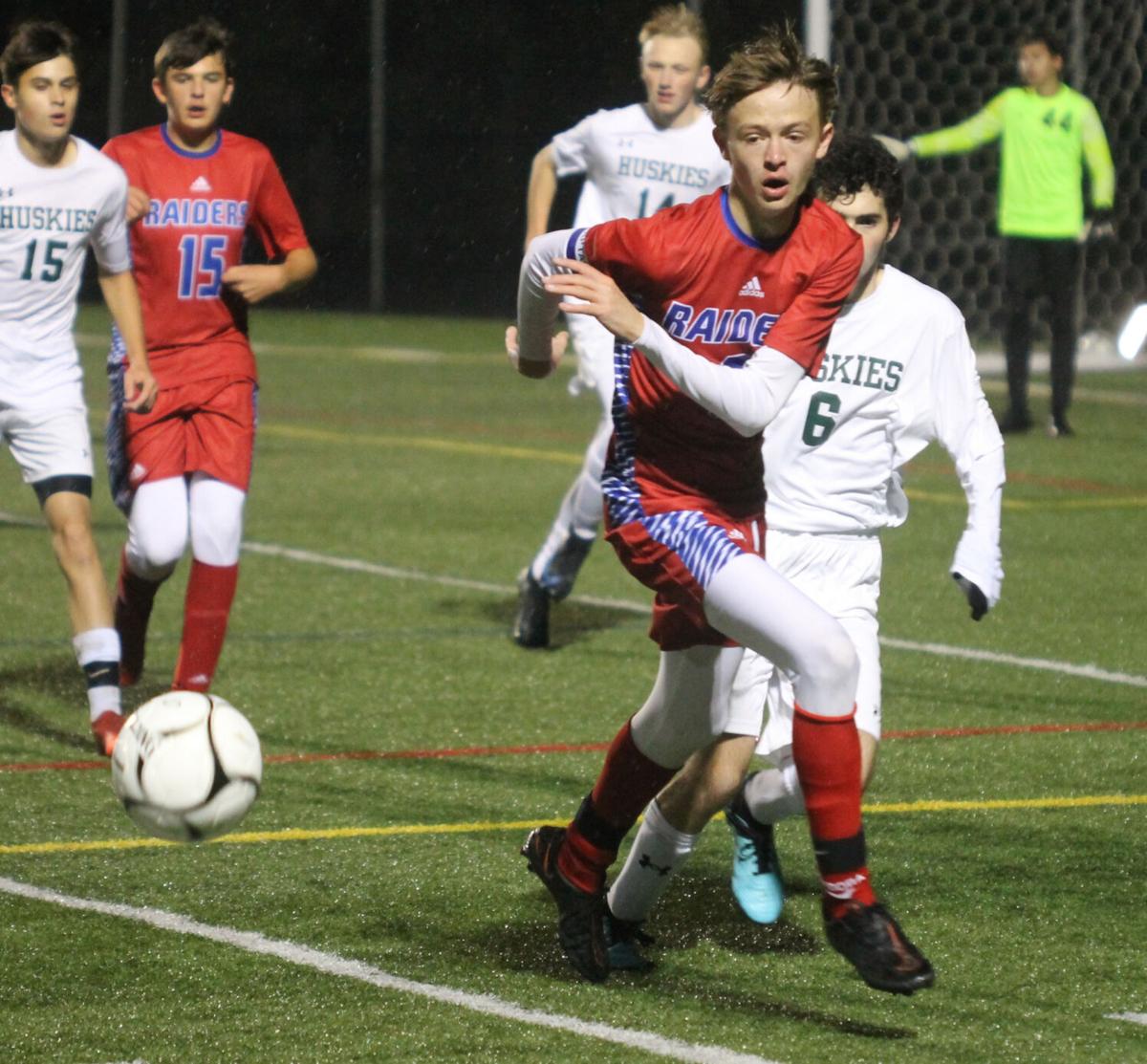 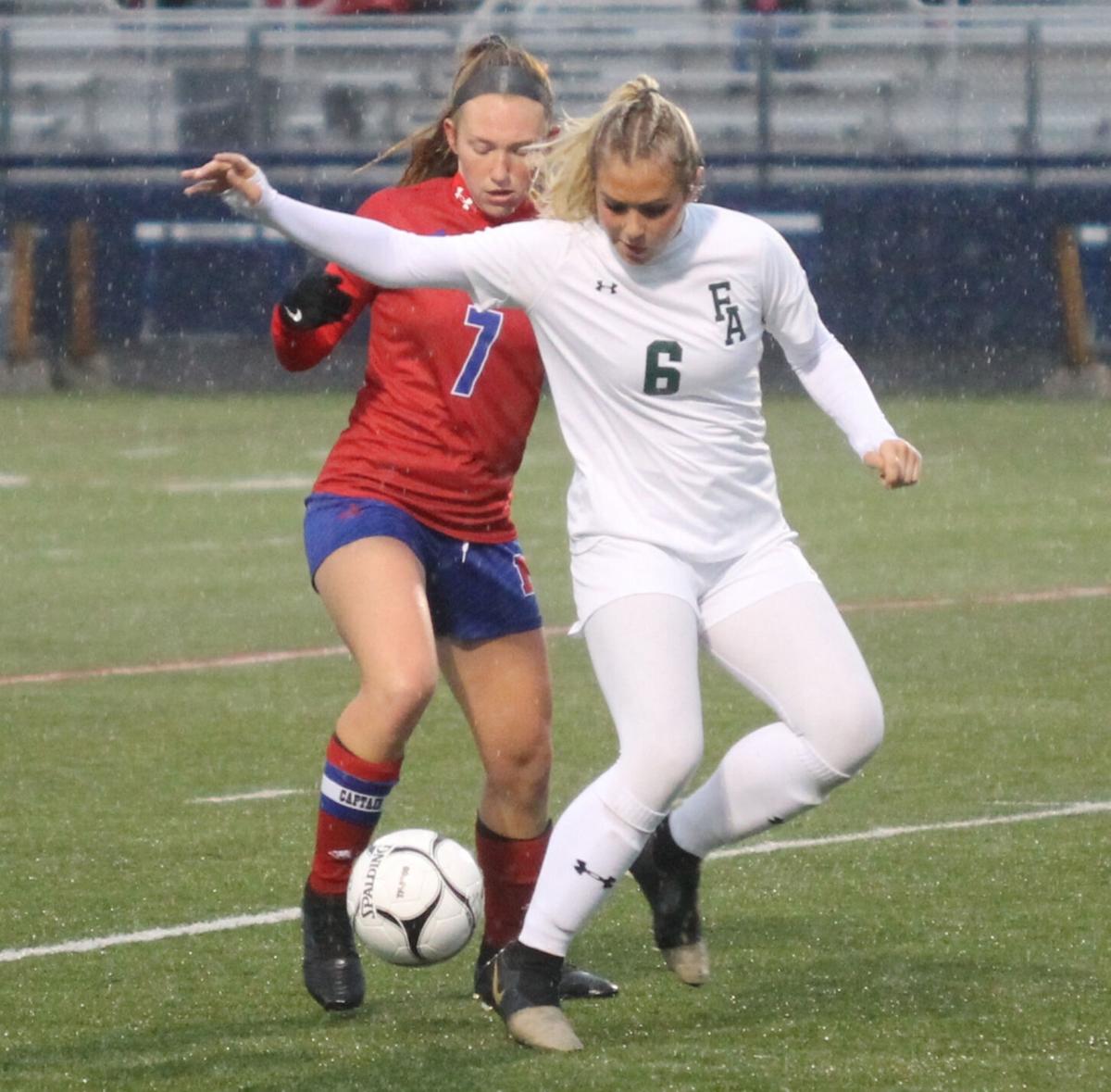 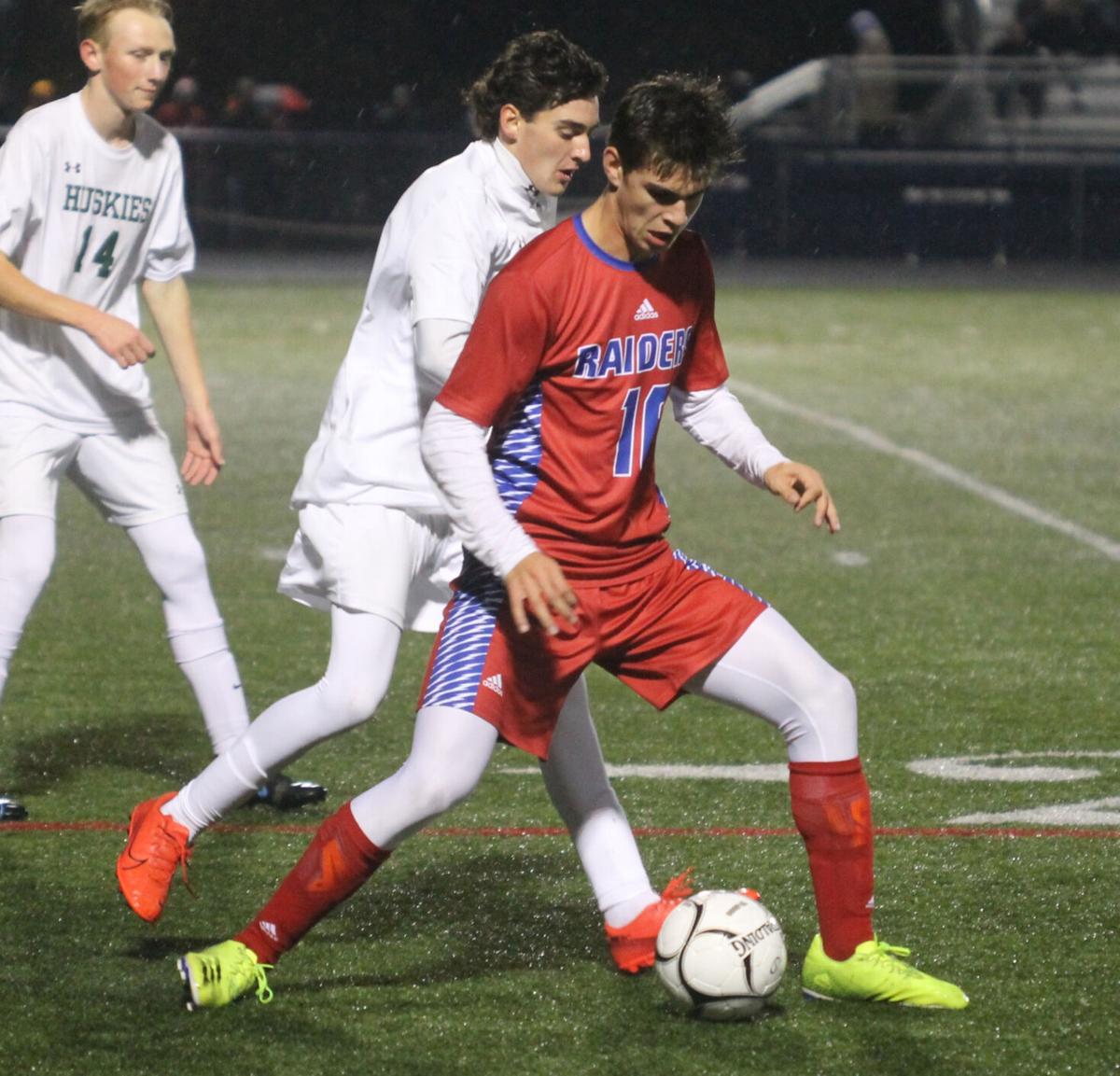 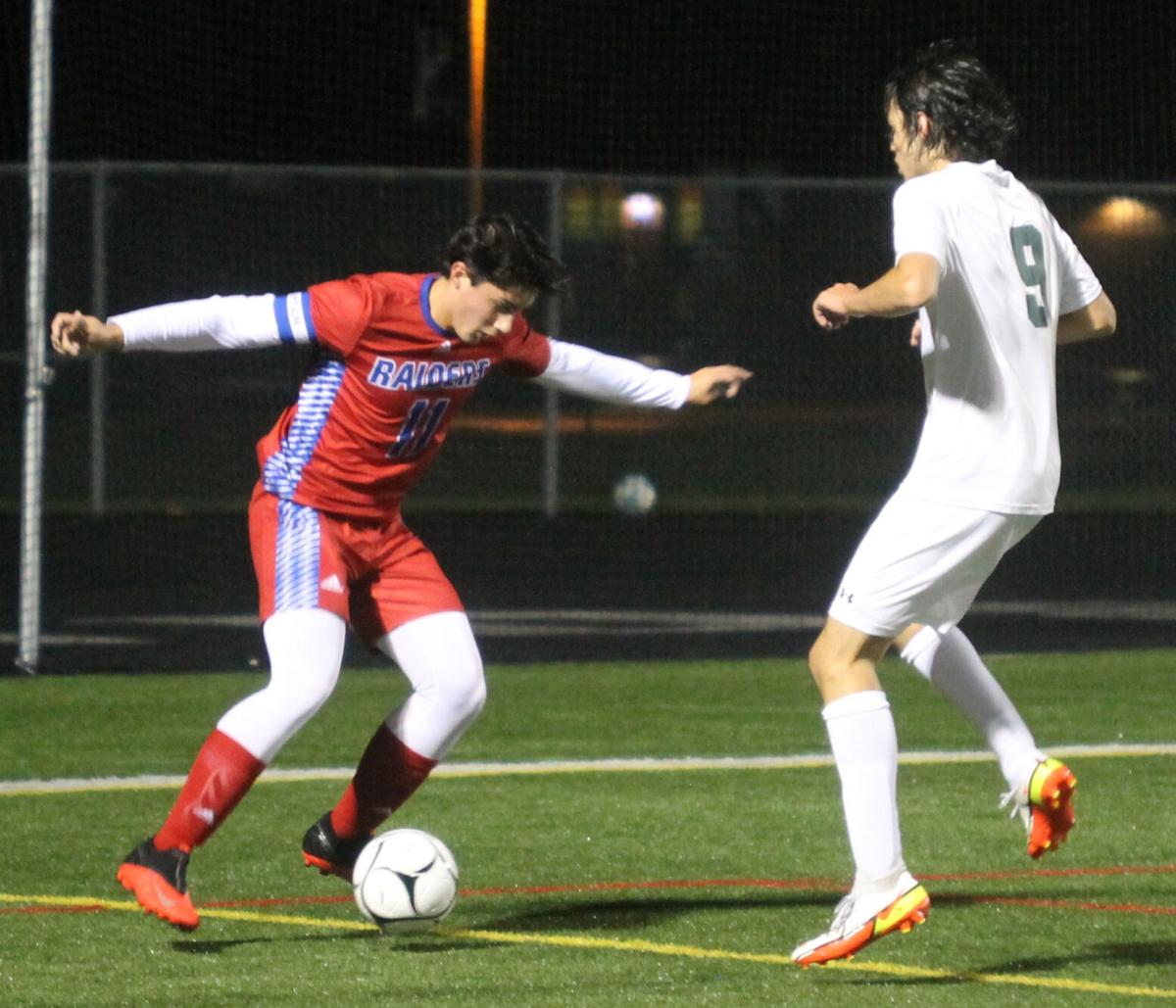 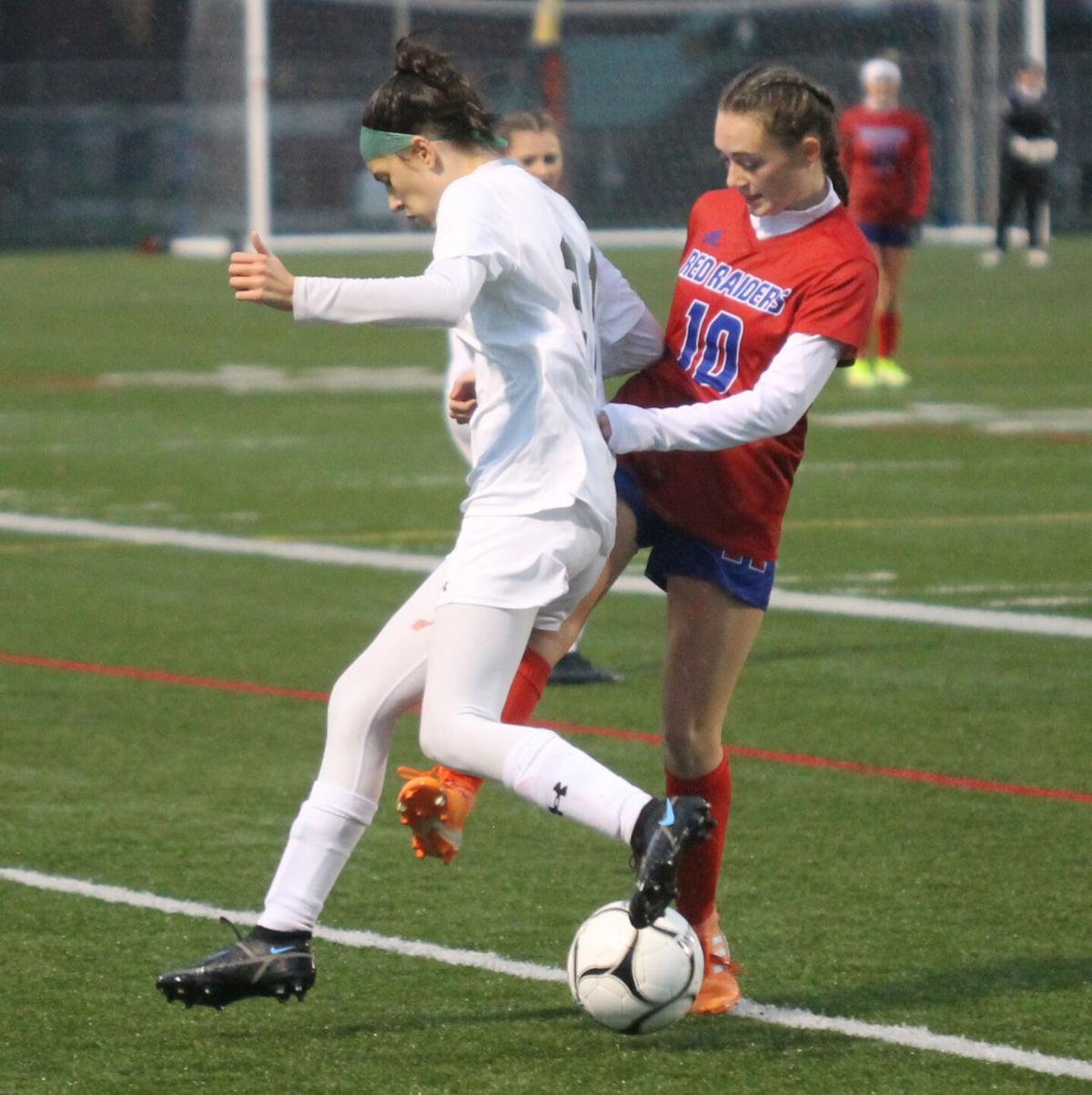 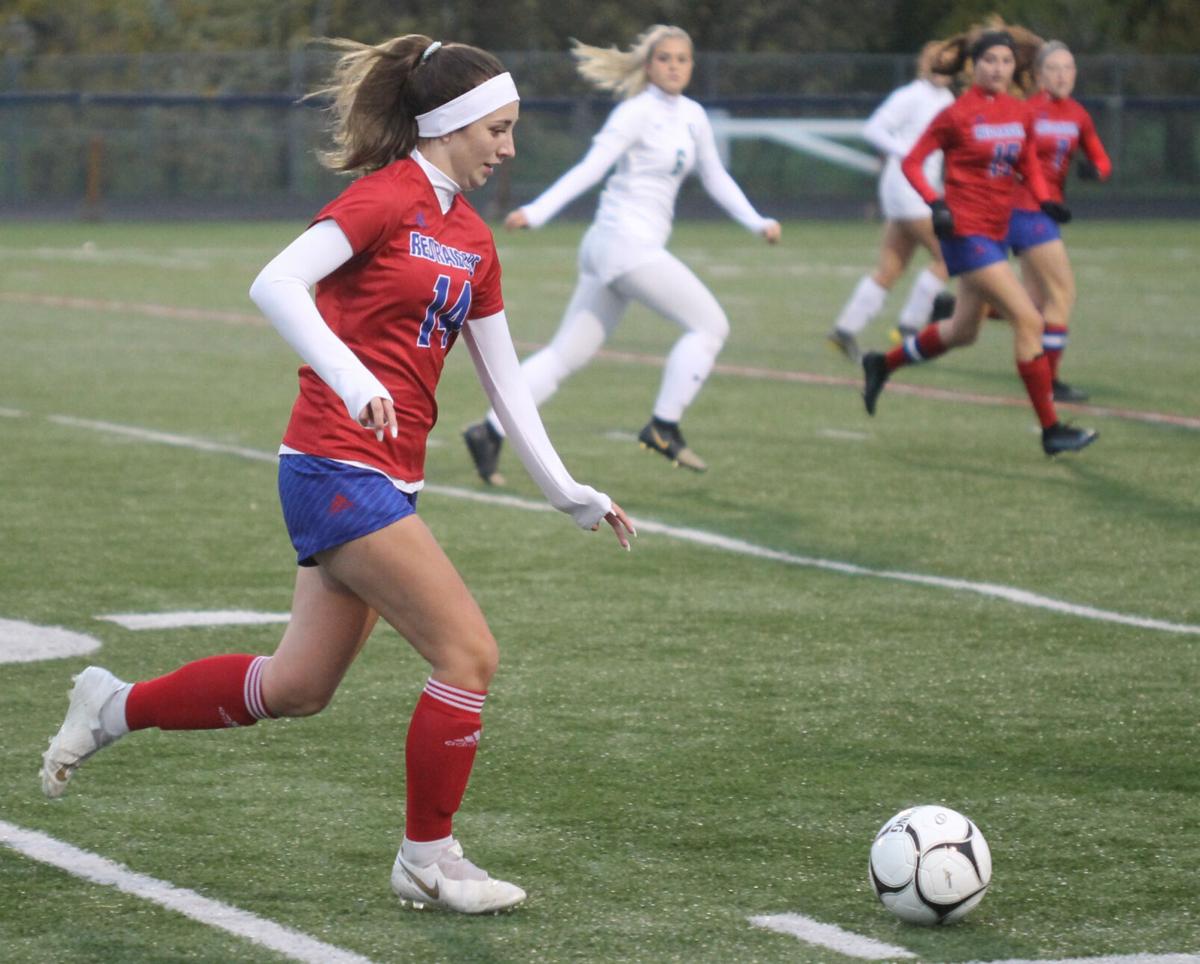 POTSDAM — The Massena soccer teams swept the Section 10 Class A championships away from Malone for the first time in five years Tuesday night at Potsdam Central’s turf field.

“For whatever reason, they have had our number when it came down to this game. This is the first time we’ve won sectionals since I took over as coach,” said Jeffrey Slack after the Red Raiders’ boy team pulled away to a 5-0 decision over the three-time defending champion Huskies.

“We’d beaten them twice during the regular season and it’s always difficult to beat the same team three times in the same year. That was in the back of my mind but I’d been communicating back and forth with some of the players and I could tell that they were all fired up to play this game,” he added.

The final score was closer in the girls championship game with the Red Raiders keeping their undefeated season on track with a 2-0 victory for their first Class A title since 2018.

“We just came out and played the same way that we’re used to playing. The conditions were tough, which made it hard for us to possess the ball the way we usually like to but we got the goals we needed,” said Massena coach Ryan Hayes.

“I think the biggest thing about our team this year is that they really enjoy playing soccer together. Given everything that happened last year with not really having a season because of COVID, they’ve just had fun with it,” he added.

Both squads now advance to the NYSPHSAA Class A playoffs. They draw a first-round bye before hosting a regional final twinbill at the Potsdam turf on Nov. 6, against the winner of opening round games between the Section 2 and Section 3 champions.

After having outscored the Huskies 17-1 in their two regular season matchups, the Red Raiders wasted little time taking control of Tuesday night’s sectional final. Ben Rogers finished off a pass from Alex Abourjeily just 4:10 into the game and that would hold up as the game-winner. Massena went on to build a commanding 4-0 lead on goals by Ryan Letham off an assist from Luke Greco in the 20th minute, a second goal by Rogers assisted by Chris Marasco in the 34th, and from Bayley Rochefort on a play set up by Connor Terry with just 50 seconds to go in the half.

Greco closed out the scoring with 4:50 left in regulation by stuffing home the rebound of a shot by Jack Violi.

Massena goalie Jacob Smutz routinely handled one shot midway through the second half for his only save of the shutout while Aidan Langdon stopped 20 of the other shots he faced as the Huskies finished at 3-13 overall.

The girls Class A final saw the Red Raiders control play from start to finish, allowing just one true scoring threat midway through the second half after having worked their way to a 1-0 halftime lead on a goal by Gabby Laughlin that was set up by Brooke Terry with 12:25 left in the first half.

“That first goal was huge for us. We had the wind in our face and the rain was coming down pretty hard,” Hayes said.

Despite maintaining steady pressure in the offensive zone for the second half, Massena didn’t put the game out of reach until Hailey Flynn connected on a pass from Rogers with just 3:00 remaining.

Senior Sabella Cromie handled the one shot on goal working the crease for the shutout while Gina Norcross made nine saves for Malone, which finished at 6-9-2 overall.

“We all have certain strengths and we use them to work together as a team,” said Cromie, who was tending goal as a freshman the last time Massena won the sectional title in 2018. “We have no weak links.”